Wuhan discharges its last coronavirus patient: Chinese city where pandemic began now has no one suffering from it in its hospitals

The Chinese city of Wuhan, where the global coronavirus pandemic began, now has no remaining cases in its hospitals, health officials said yesterday.

But the country remains on alert for a second possible wave, with Beijing reimposing some of its lockdown measures and other cities seeing new quarantines.

Wuhan and the province of Hubei were put in lockdown near the end of January, with roads sealed, trains and planes cancelled and residents unable to move freely for more than two months.

The city is still testing residents regularly despite relaxing most restrictions. 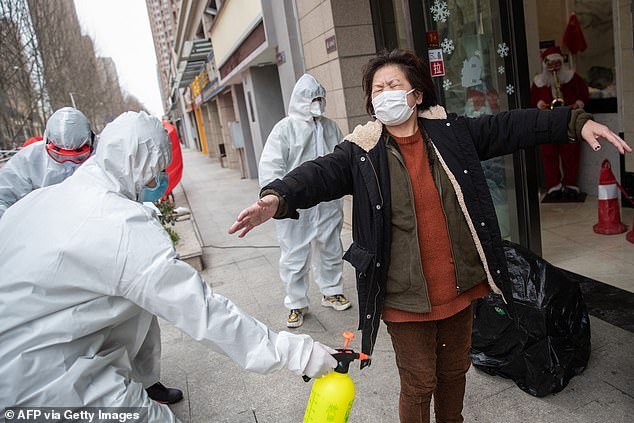 National Health Commission spokesman Mi Feng announced: ‘The number of new coronavirus patients in Wuhan was at zero, thanks to the joint efforts of Wuhan and medical staff from around the country.’

The focus has since shifted to the northeast border province of Heilongjiang, which has seen large numbers of imported coronavirus cases entering from Russia.

The border town of Suifenhe, with its 70,000 population, went into lockdown at the start of the month while nearby Harbin, home to 10 million, has become the new battlefront. 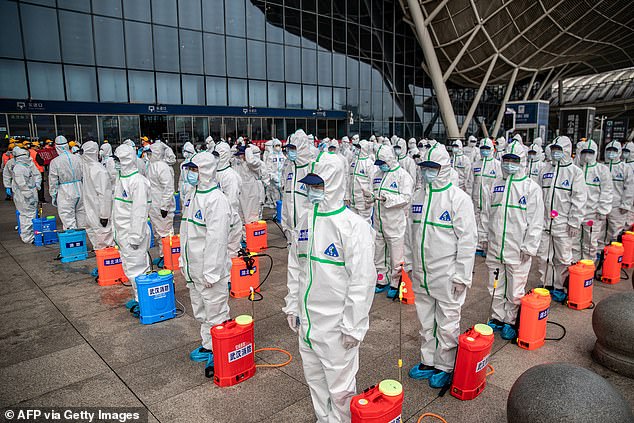 And 1,000 miles away in Beijing, the authorities opened gyms and swimming pools only to quickly close them again to prevent any spread.

The district of Chaoyang is home to many expats and international offices and was put down into quarantine measures after travellers began to return, infecting Beijing locals who had stayed at home.

There were no signs of any worry yesterday as people packed into a flower market in Suzhou city, in east China’s Jiangsu province.