Work is halted on world’s tallest building in Dubai – set to tower over the 2,700ft Burj Khalifa – as covid-19 adds to city’s decade-long property slowdown

Work has been halted on what could be the world’s-tallest skyscraper in Dubai’s famous Creek Harbour, as the coronavirus pandemic intensifies the property slowdown.

Emaar Properties, the largest listed developer in the United Arab Emirates, has suspended work on all major projects in Dubai including The Tower – billed to higher than the Burj Khalifa.

While the company has not yet divulged the exact height The Tower will reach, a statement issued at its groundbreaking ceremony in 2016 said it would be the ‘world’s tallest tower when completed in 2020’. 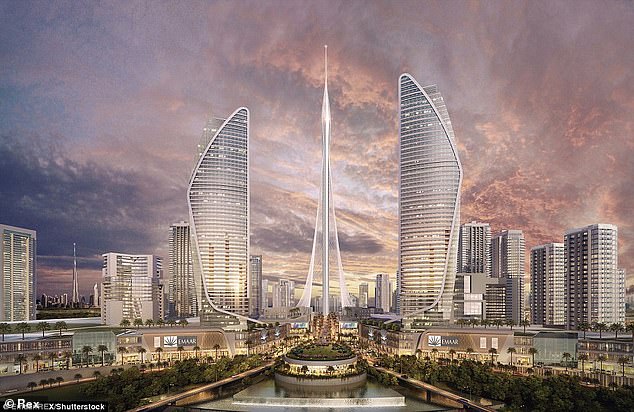 That would make it taller than 2,700ft Burj Khaliga which has held the title of world’s tallest building since 2010, but now Emaar has suspended projects at Dubai Creek Harbour, a development touted as offering homes to 200,000 people.

The news comes at the same time as Dubai enters a two-week enforced lockdown to stop the spread of coronavirus, according to state news agency WAM.  It had been under an overnight curfew since March 26 but authorities have since tightened restrictions.

The government said legal action would be taken against those who do not comply with restricted mobility. 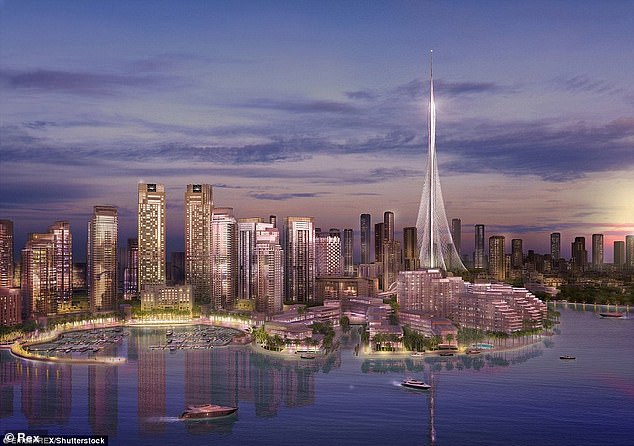 The Dubai Creek Harbour is a development touted as offering homes for up to 200,000 people

It was hotly-tipped to be finished before the Expo 2020 trade fair, which Dubai was preparing to host from October.

But the coronavirus outbreak prompted Dubai to propose a one-year delay to Expo. 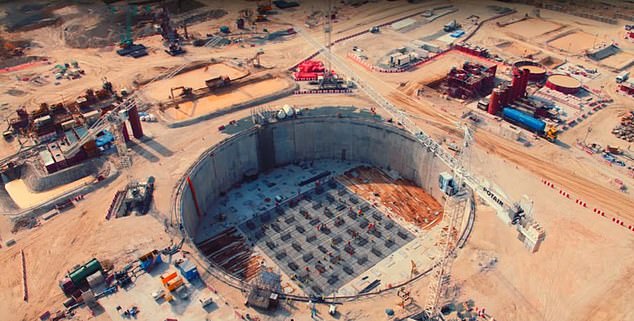 There are currently more nearly 1,800 confirmed cases of coronavirus in the UAE and 10 recorded deaths.

Emaar, which built Burj Khalifa, did not respond to a Reuters request for comment. 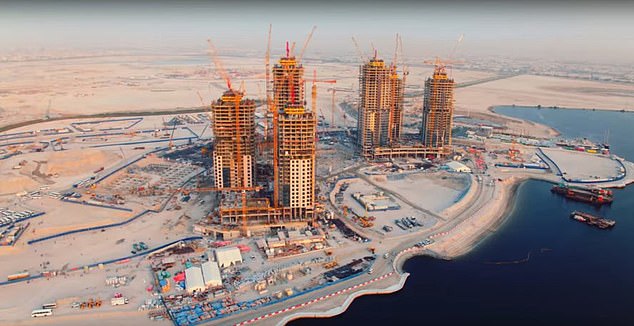 The building was anticipated to have been finished by the 2020 Expo trade fair, which is now delayed amid the coronavirus outbreak

Emaar had said last month said it had suspended work on a luxury residential tower in a prime Dubai district and had temporarily closed several hotels due to the impact of the virus on tourism.

In a letter seen by Reuters and confirmed by a source, Emaar said Chairman Mohamed Alabbar had forfeited his salary and other staff would have had their salaries cut by as much as 50%.

Dubai’s property market has struggled in the past decade due to fallout from the global financial crisis and weak oil prices that left the emirate oversupplied with homes and offices.

Sector turmoil prompted Dubai authorities to form a committee to balance supply and demand and the Palm, once one of the most prestigious addresses in Dubai, is seeing buildings sell at a discount to the cost of construction, The FT reported. 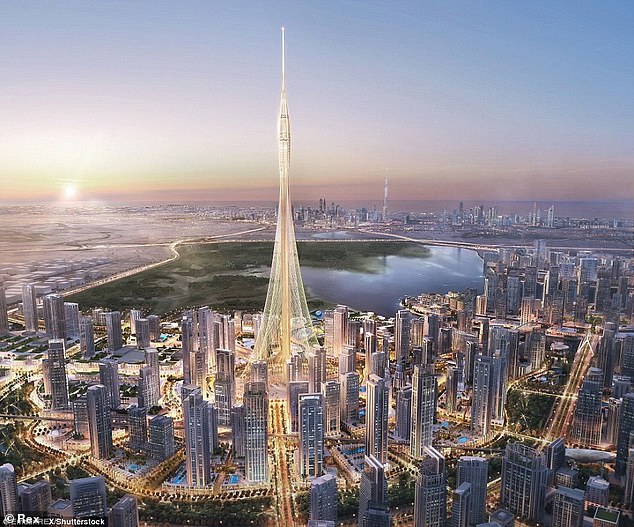 Pre-construction designs from Spanish-Swiss architect Santiago Calatrava Valls depict the finished tower as a minaret anchored to the ground with sturdy cables.

At the time construction began it was estimated The Tower would cost a whopping $1 billion to build.

When finished, The Tower will have observation decks providing 360-degree views of the coastal city. It is located near Ras Al Khor National Wildlife Sanctuary according to Emirates 247.