A WOMAN charged with murdering her children's father is now accused of child neglect after allegedly locking several of their kids inside their bedrooms – causing some to urinate in containers.

Cops say that Meagan Jackson, of South Carolina, forced the three youngest children to stay in their rooms and allegedly prevented them from leaving by locking the doors and windows. 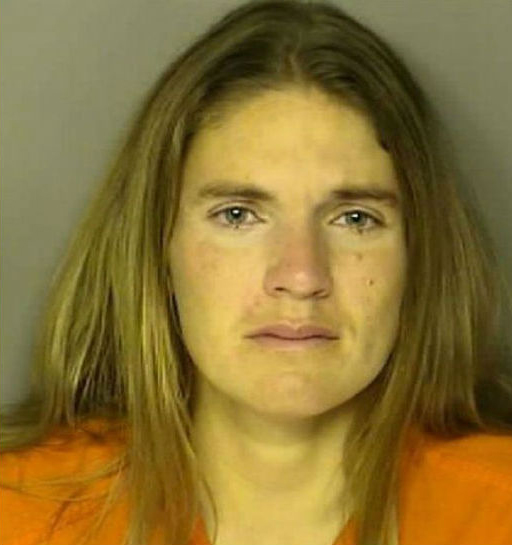 "The rooms were secured with an electronic lock that had the batteries removed", an arrest warrant obtained by WMBF-TV states.

There was a not a doorknob on the inside of the door, and the lock required a key code to unlock, which the children didn't know.

The bedroom windows also had padlocks on them, which made opening them impossible.

"It is not clear precisely how long the children were forced to remain in the rooms, but some of the children urinated in the rooms using "whatever containers were available", according to the warrant.

Jackson, who faces four counts of unlawful neglect of a child, appeared in court on November 20 and was issued a $5,000 surety bond.

The 35-year-old has been charged with murder and criminal conspiracy in the death of Gregory Rice, who was the father of her four children.

Chris Dontell, 37, has also been charged in connection with Gregory's death.

The children were taken by social services and reportedly placed in the custody of Jackson's half-brother.

A $100,000 surety bond was granted for Jackson and judge Steven John ordered that she must not have contact with her children unless directly supervised by social services, WMBF reports.

The judge said that she can only leave her home for employment, for medical reasons, court appearances, and to meet with her attorney.

It's reported that multiple bloodhound searches were conducted and search warrants served in an effort to locate him.

A body, believed to be that of Gregory, was found along the Little Pee Dee river at the Horry/Marion County line, South Carolina, on November 8.

Related posts:
My ex abused me for years – I worry he'll do the same to his new girlfriend
Pregnant Hilary Duff Shares Scary News About COVID Exposure
Popular News
Ben Affleck Praises 'F**ker' Kevin Feige — Is He Ready to Return to the Marvel Cinematic Universe?
23/01/2021
Man Utd wonderkid Ramon Calliste, called ‘the next Giggs’, now owns luxury watch business and makes £5m a year – The Sun
26/03/2020
Megan Thee Stallion Addresses Criticism Over Twerking: ‘I Love to Shake My A**’
26/03/2020
Police guard shops to stop coronavirus panic-buyers and enforce social distancing – The Sun
26/03/2020
Coronavirus: Good Morning Britain’s Dr Hilary reveals ‘game-changing’ self-testing kit
26/03/2020
Recent Posts
This website uses cookies to improve your user experience and to provide you with advertisements that are relevant to your interests. By continuing to browse the site you are agreeing to our use of cookies.Ok