A Wisconsin man died by suicide after killing two coworkers at a supermarket distribution center near Milwaukee and crashing his car during a police chase that followed, officials said.

The shootings happened inside the Roundy’s distribution center in Oconomowoc, about 30 miles west of Milwaukee, said Thomas Bennett, secretary-treasurer of General Teamsters Local Union No. 200. He said all three men were in their 40s.

The facility was locked down temporarily, and police asked motorists to avoid the area near Highway 67 south of Interstate 94.

While police were investigating the scene, the suspect’s vehicle was spotted in Milwaukee, Oconomowoc police said in a statement obtained by FOX6 Milwaukee reporter Amelia Jones.

The suspect attempted to flee pursuing officers and crashed the vehicle, police said. The suspect was pronounced dead at the scene from a self-inflicted gunshot wound.

Police said there was no active threat to the community.

Authorities have released few details about the attack, including the names of the shooter and victims. 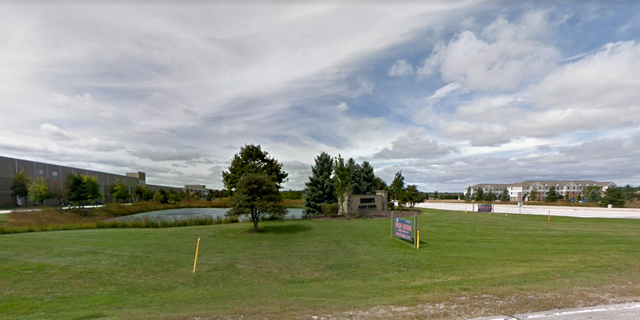 All three men worked at the Roundy’s distribution center in Oconomowoc, about 30 miles west of Milwaukee, authorities said.
(Google Maps)

However, union stewards at the warehouse said the two shootings happened in different areas of the sprawling distribution center, according to Bennett. One man was shot in the loading dock and the other was shot in an upper area of the facility.

Bennett said he was unaware of any dispute between the shooter and the victims, who were all members of the union.

Roundy’s said it was “deeply saddened” and will offer counseling to employees following the incident.

“The entire Roundy’s family offers our thoughts, prayers, and support to the families of our colleagues during this difficult time,” the statement obtained by FOX6 said.

It said the distribution center will remain closed as the police investigation continues.

If you or someone you know is having thoughts of suicide, please contact the National Suicide Prevention Lifeline at 1-800-273-TALK (8255).