IGNORING the endless Christmas lights twinkling everywhere, Rebecca* kept turning to check behind her, terrified her ex would suddenly appear.

Despite months of police probes in which she was forced to relive how he beat and raped her in a brutal attack, her case had just been dropped by the CPS – less than a fortnight before it was due in court. 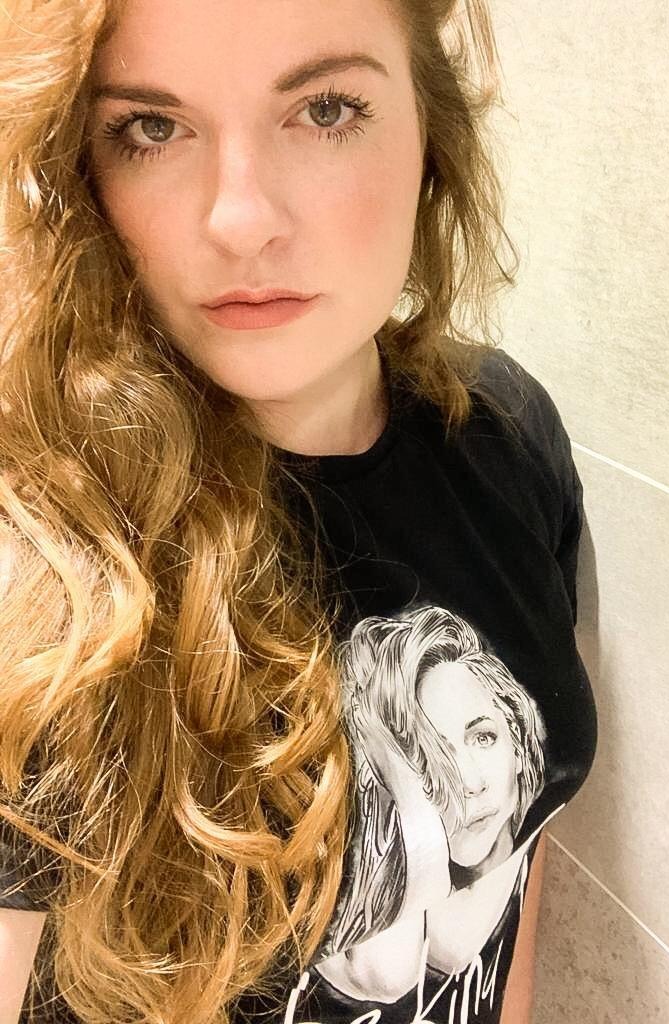 Shockingly, she is just one of countless sexual assault survivors who have bravely reported offences to police, only for their alleged attackers to continue walking free.

They now fear that rape is being "decriminalised" in the UK, as conviction rates plunge to a record low in England and Wales – despite reports to police remaining high.

According to the latest Crown Prosecution Service (CPS) data, released at the end of July, 1,439 suspects in alleged rape cases were convicted of rape or another offence in 2019-20. That's half as many as three years ago.

And while 55,130 allegations of rape were recorded by police in a year, they only referred 2,747 cases to the CPS – a reduction of 40 per cent in three years. 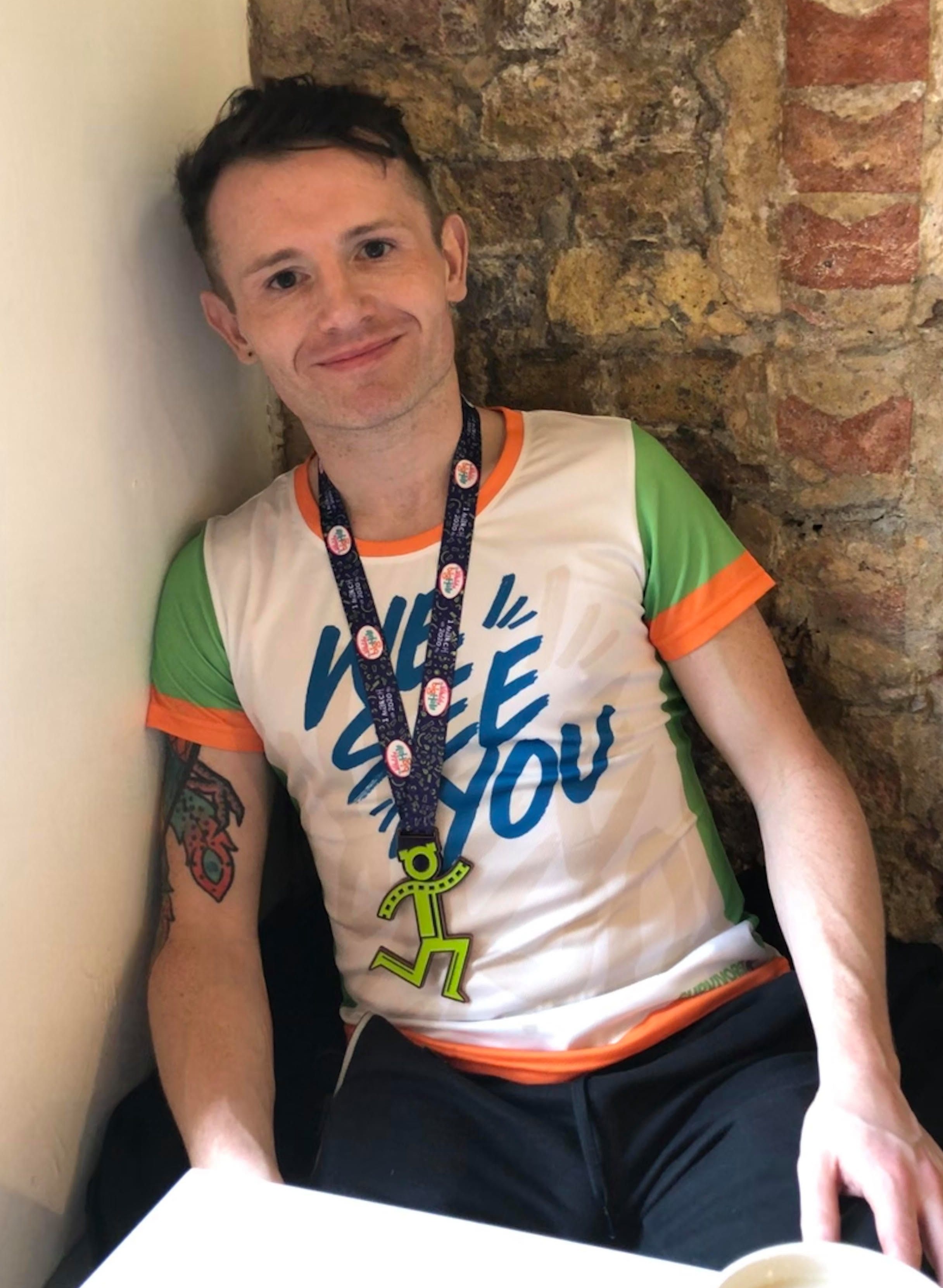 Survivors are now calling for urgent action, telling Sun Online that the dire situation – as well as the exhausting police process that victims have to go through – could put others off speaking out in the future.

'We should be outraged by the lack of justice'

The End Violence Against Women Coalition, made up of several campaign groups, recently launched legal action against the CPS, claiming the slump in convictions is down to a new policy which weeds out "weaker cases".

The group claim CPS leaders have switched "from building cases based on their ‘merits’ back to second-guessing jury prejudices".

Victims’ Commissioner Dame Vera Baird slammed the drop in convictions as "shameful" last month too and claimed, "it is a policy by CPS only to take only rock-solid prosecutions". 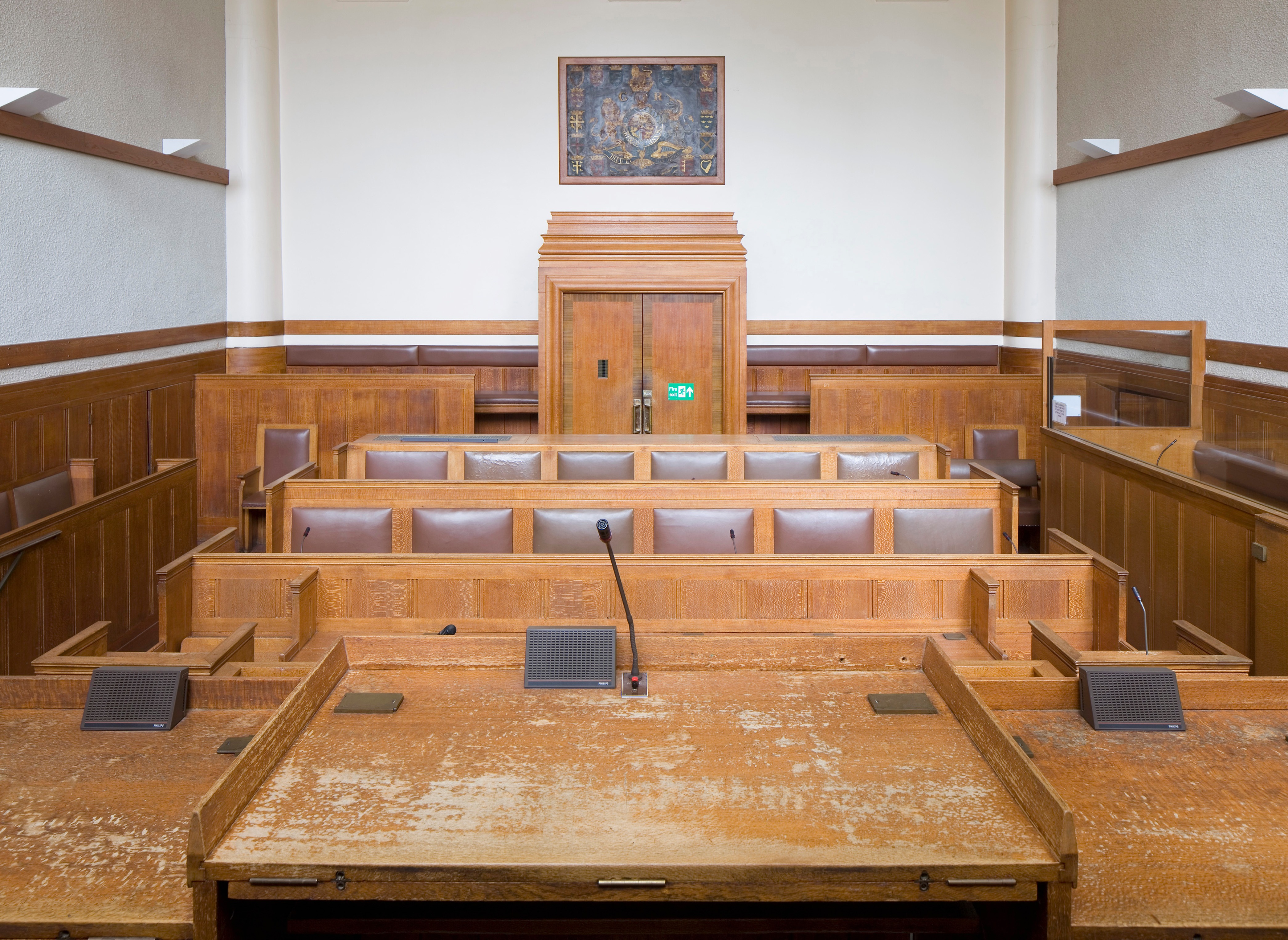 The CPS has strongly denied claims of a policy change and said in a statement: "Please be reassured that where the legal test is met – we will always prosecute."

However, the concerns are shared by many leading charities. Katie Russell, spokesperson for Rape Crisis, says: "The prospect of receiving justice is so low that the reality is the vast majority of rapists and sexual offenders are just walking free.

“We should all be really concerned and outraged by the lack of justice around these crimes.”

Campaigners are also pushing to highlight the issue of low convictions in domestic rape cases. The number of domestic abuse prosecutions fell by almost a quarter in the last three months of 2019, compared to the previous year, with fears many assaults could happen at home.

Here, four sexual assault survivors share their stories as they push for a massive shake-up to the British justice system…

'He attacked me over an entire weekend'

Rebecca, 43, from Hertfordshire – whose name has been changed for legal reasons – says she was raped multiple times by her ex in 2017, despite them only having dated for three weeks. 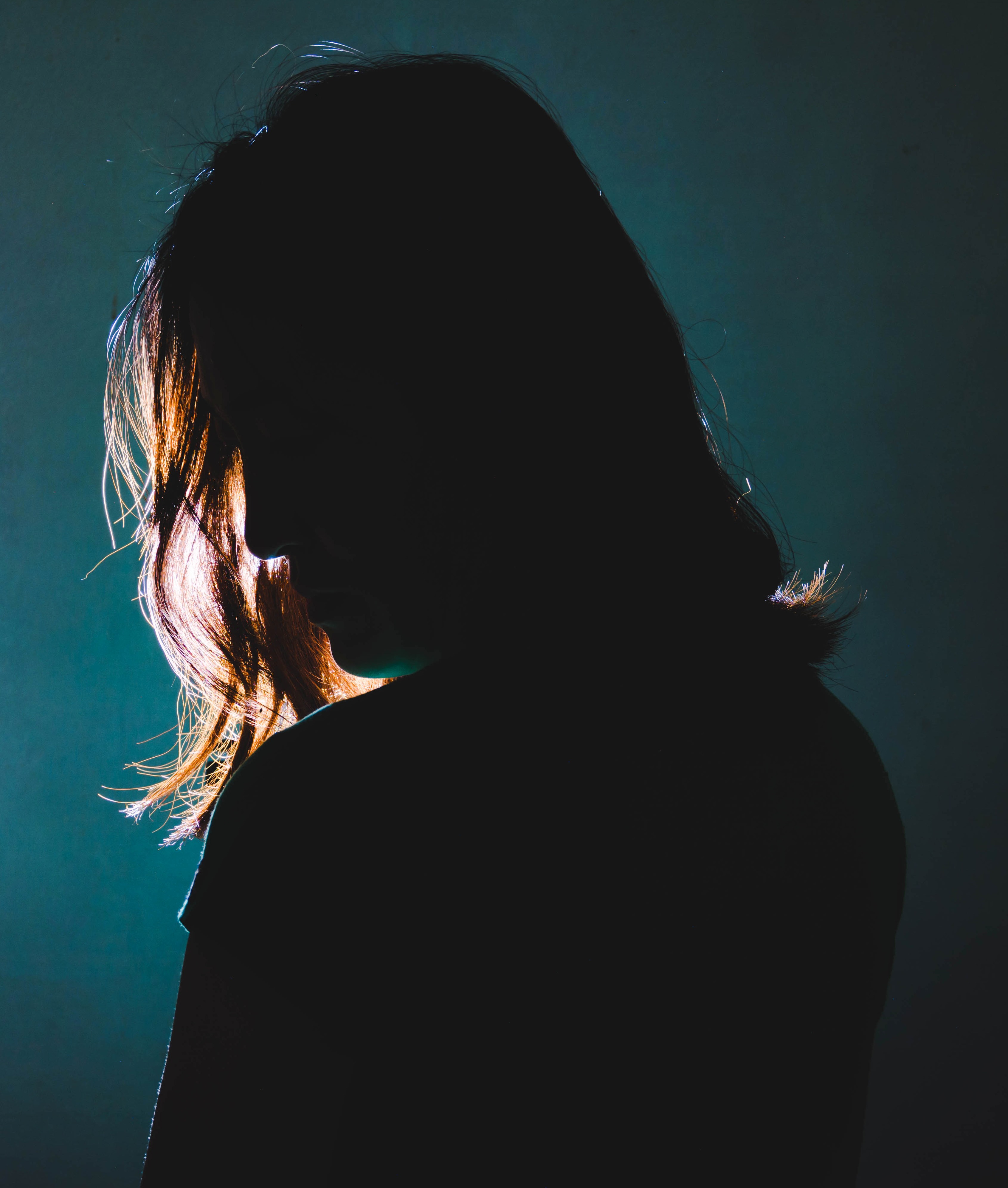 While he appeared charming from the word go, she says he suddenly "flipped" less than three weeks in following an argument in which he accused her of seeing other people.

“He beat me up, he used a knife in the attack – cut the clothes off me, tied me up, threatened to stab me and threatened to kill me if I told anyone," she says.

“There were seven charges against him in the end [over the whole weekend] – including three counts of rape, false imprisonment and assault by beating."

Rebecca was able to escape eventually and call a friend, who phoned the police. However, terrified he'd hurt her, she lied when they arrived at her door and claimed everything was okay.

Days later she went to report what had happened and discovered her partner had a history of assaulting past partners. Police also disclosed he was on licence at the time.

He denied all the allegations against him and Rebecca was forced to relive her trauma in a long video interview, before her ex was eventually remanded.

“A court date was set for January and I had to give them my life – my medical records, a letter from my employer, everything," she says.

Yet, while everything appeared to be on schedule, Rebecca received the devastating news right before Christmas that her case had been thrown out.

Days earlier, the highly publicised case of Liam Allan, a student wrongly accused of rape, made headlines when his case was dropped. 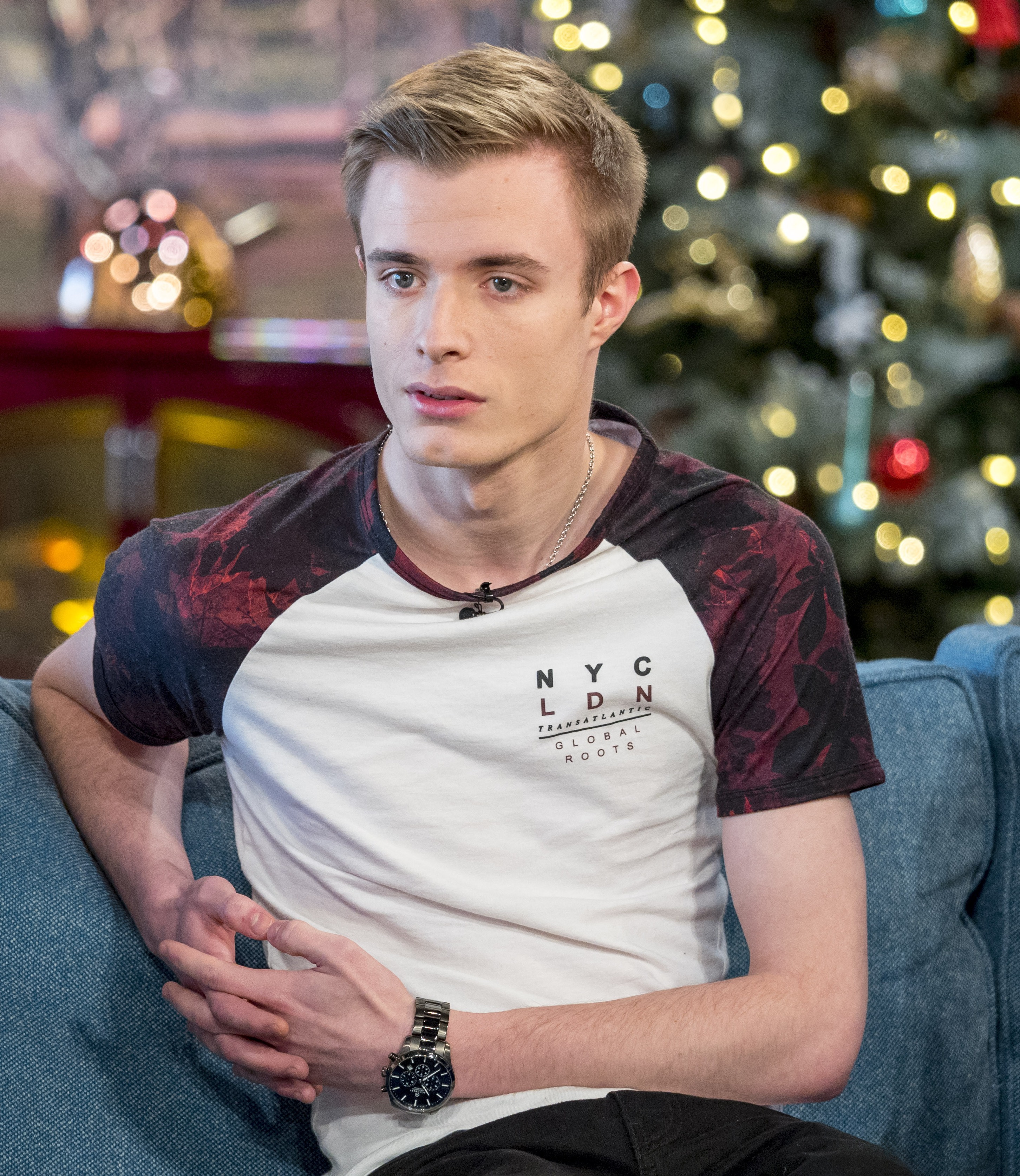 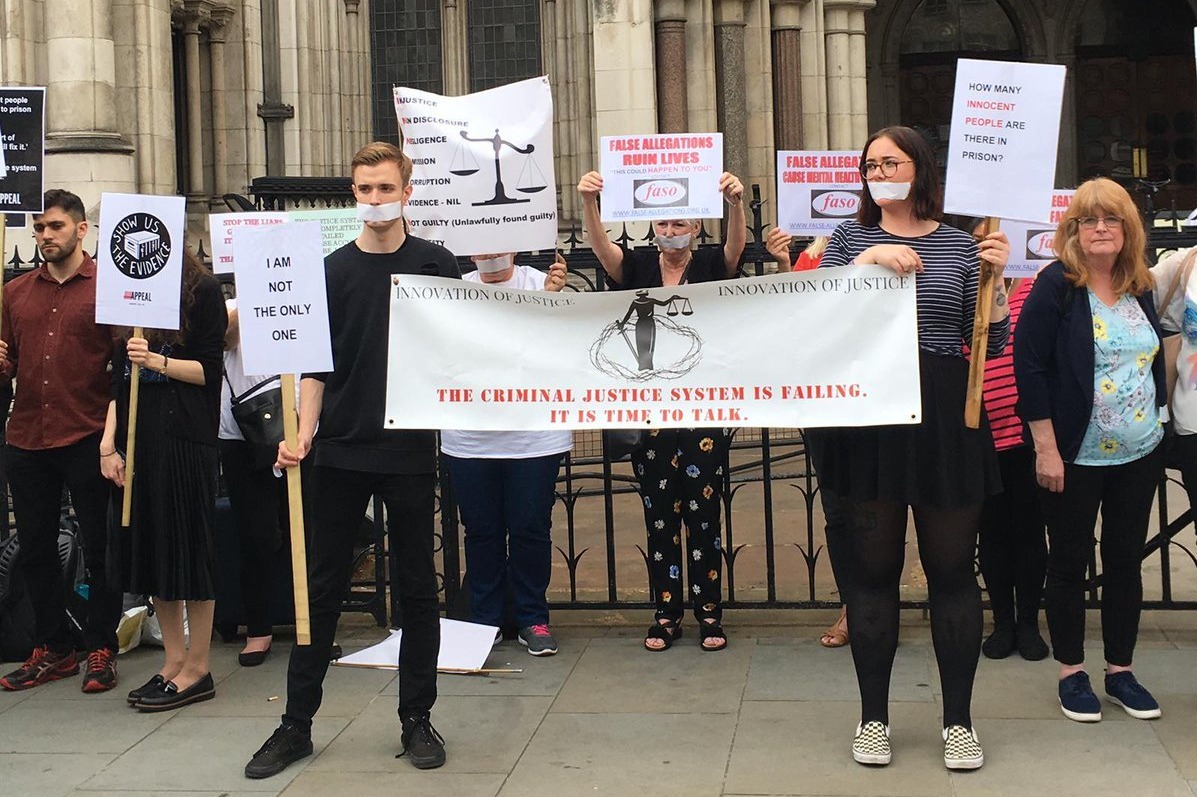 In response to the outrage, the director of public prosecutions at the time, Alison Saunders, ordered a review of every single live rape case.

They allegedly determined that Rebecca's case wasn't strong enough to appear in court, as there were messages between her and her ex after the attack – when she had been trying to keep him calm.

“It ruined my Christmas, it was horrendous for everyone. I was looking behind me all the time. I felt suicidal. It wasn’t with intent, but I felt that low," she says.

'If you commit a rape, the chances are you’ll get away with it' 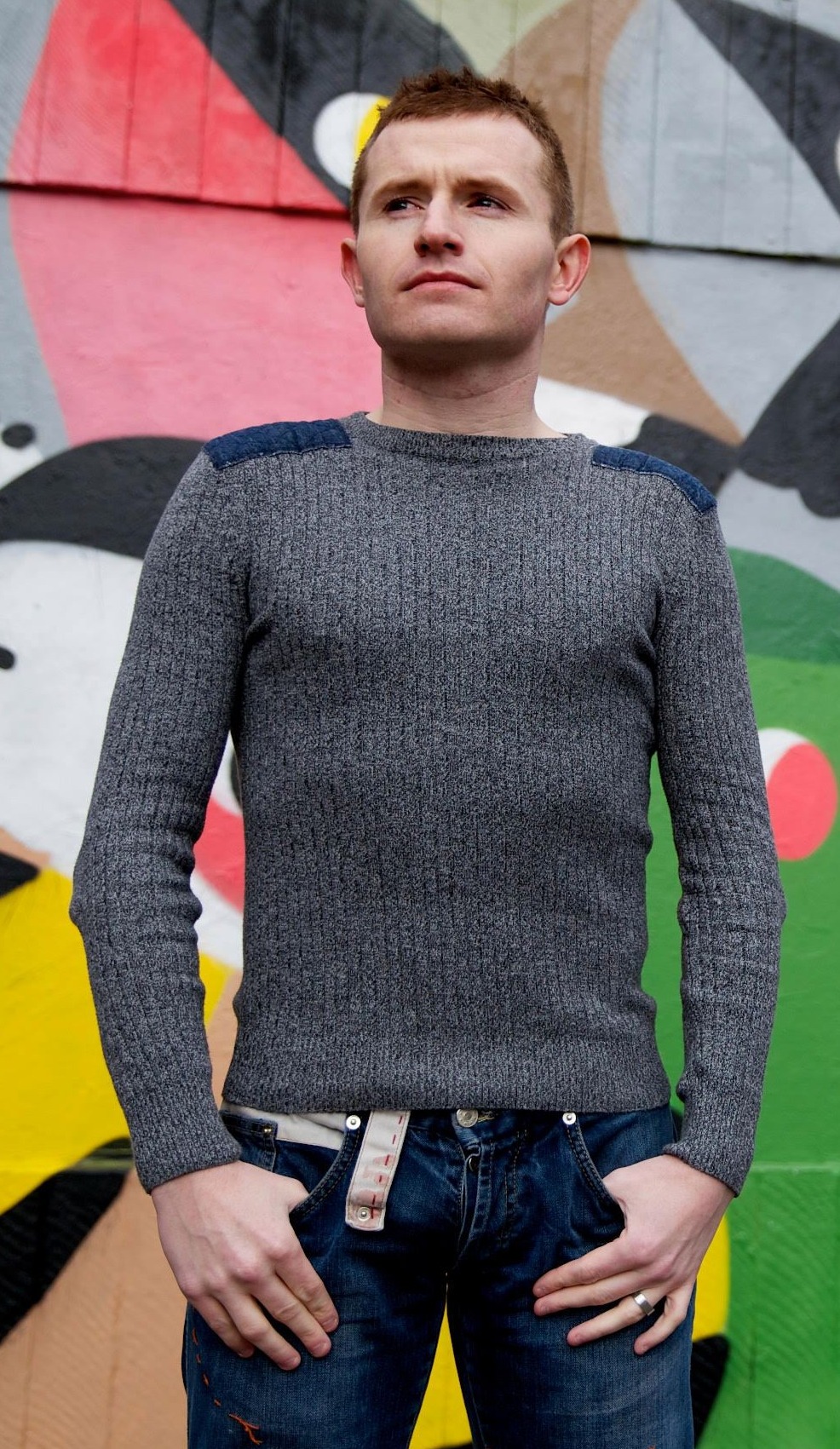 He says he was raped during his first year at university in Manchester following a night out, but didn't report the crime at the time – feeling confused and traumatised over what had happened.

“I think my drink was drugged," he says. "I was put to bed in one of the bedrooms of a house we'd gone to and then a man subsequently came and raped me.

“I remember trying to move, but whether it was pinned by being drugged or fear and shock, I felt like I couldn’t physically move from the bed.

“It didn’t occur to me that that was something that happened to men."

Tragically, years later he claims he fell victim to "a lower level sexual offence" too, which he did report. For legal reasons, he's not able to go into the background of it.

“It [the police investigation] was an incredibly stressful and traumatic experience – and invasive as well. Victims have their phones taken from them, they call it a digital strip search," he says. 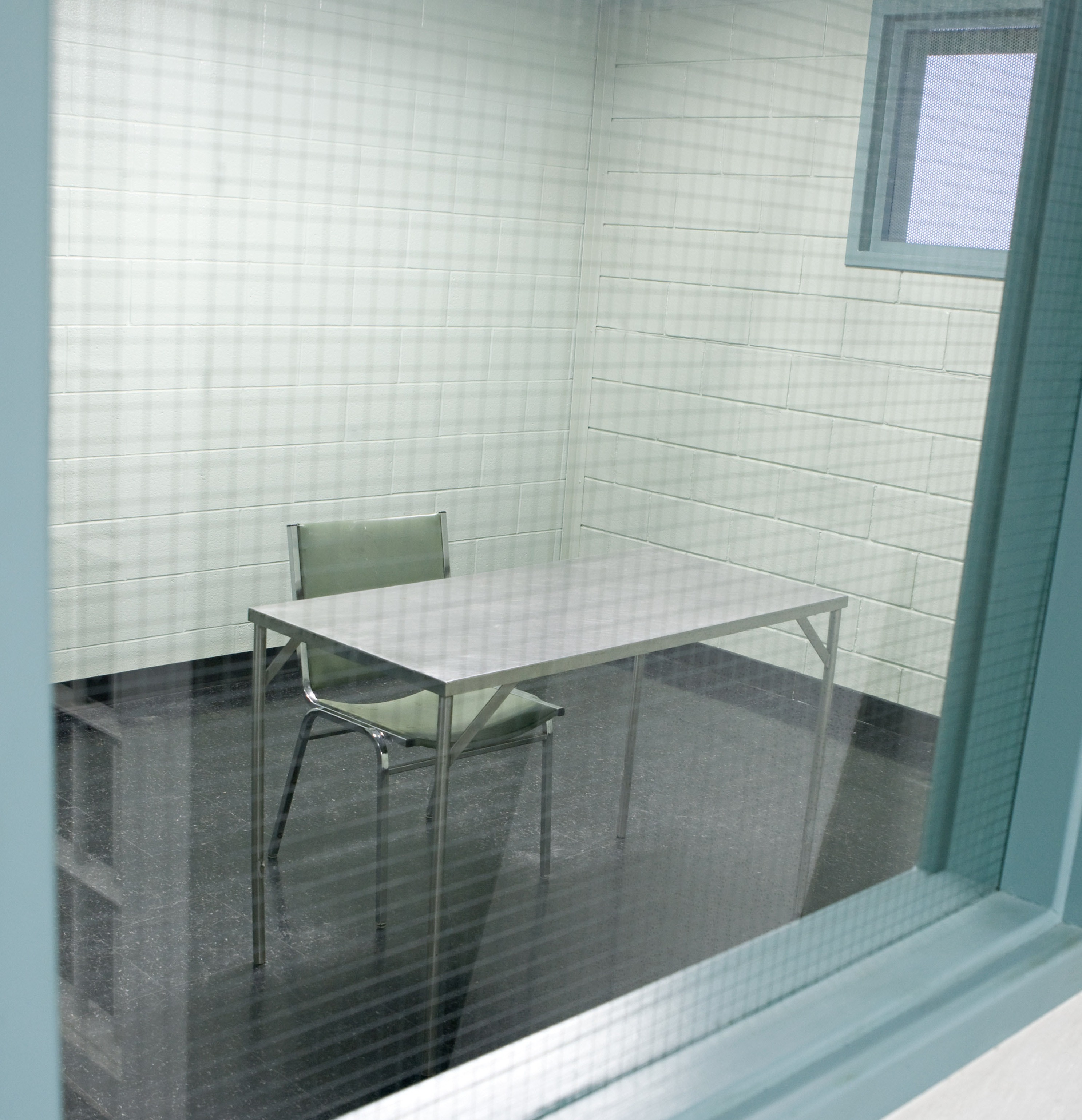 Alex is now calling for an overhaul of the system and says: “If you commit a rape or sexual violence, the chances are you’ll get away with it."

'I was panicking that he'd taken my virginity'

Emily Florence Hutchings, 29, from Windsor has also experienced the crushing disappointment of seeing her case dropped.

She says she's fallen victim to two attempted rapes in her life, both by someone she knew. 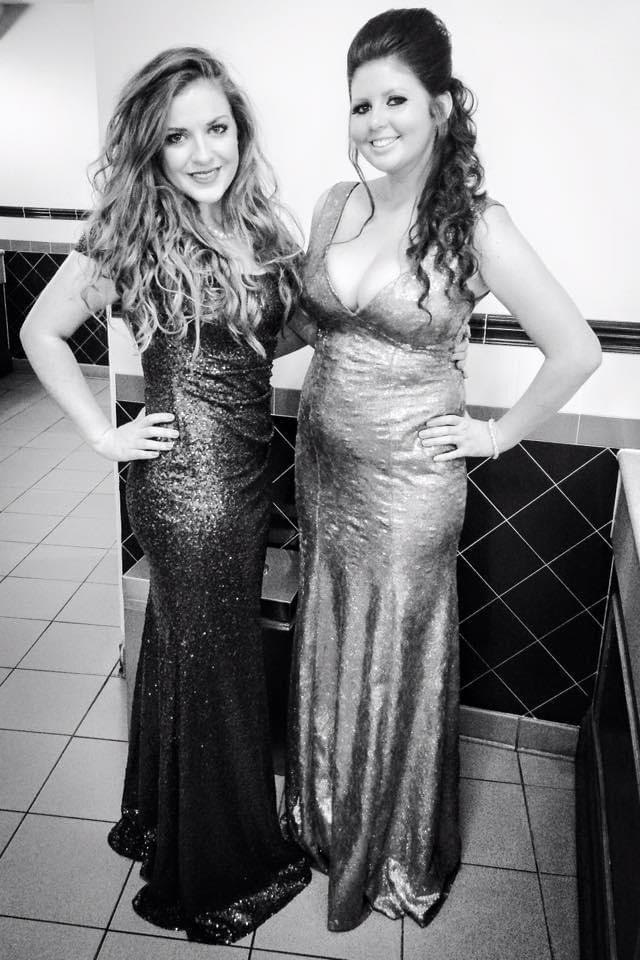 "I was a virgin at the time [of the first offence]," she says. "I was panicking that I’d lost my virginity, because I didn’t know how it felt to have sex."

Emily claims she then went through another ordeal some time after, adding: “He basically tried to rip my knickers off me and tried to force himself on me."

Emily was traumatised and confused so didn't go to the police immediately – only reporting what had happened months later.

Where can I get help?

You don't have to suffer in silence.

If you are experiencing domestic or sexual violence, or someone you know is, there are groups that can help.

She was told by police, however, that without CCTV, evidence or witnesses, it was unlikely it would go forwards.

“They asked me some very blunt questions like how much alcohol I drank, if I’d done drugs, if I had any skeletons in my closet that they should know about," she says.

“I think the system is broken and needs a major shake-up," she says.

Emily, who is now working towards a career working with vulnerable children and adults in theatre, has since become a trustee of Solace Women’s Aid, helping other victims come to terms with their trauma.

Louise*, 50, from Leicestershire – whose name has been changed for legal reasons – says she has been raped and sexually assaulted multiple times in her life, starting with a family friend when she was just 10 years old.

“I remember I told a friend who told a teacher at the time, and I’ll always remember the teacher said, ‘these things happen’," she recalls. 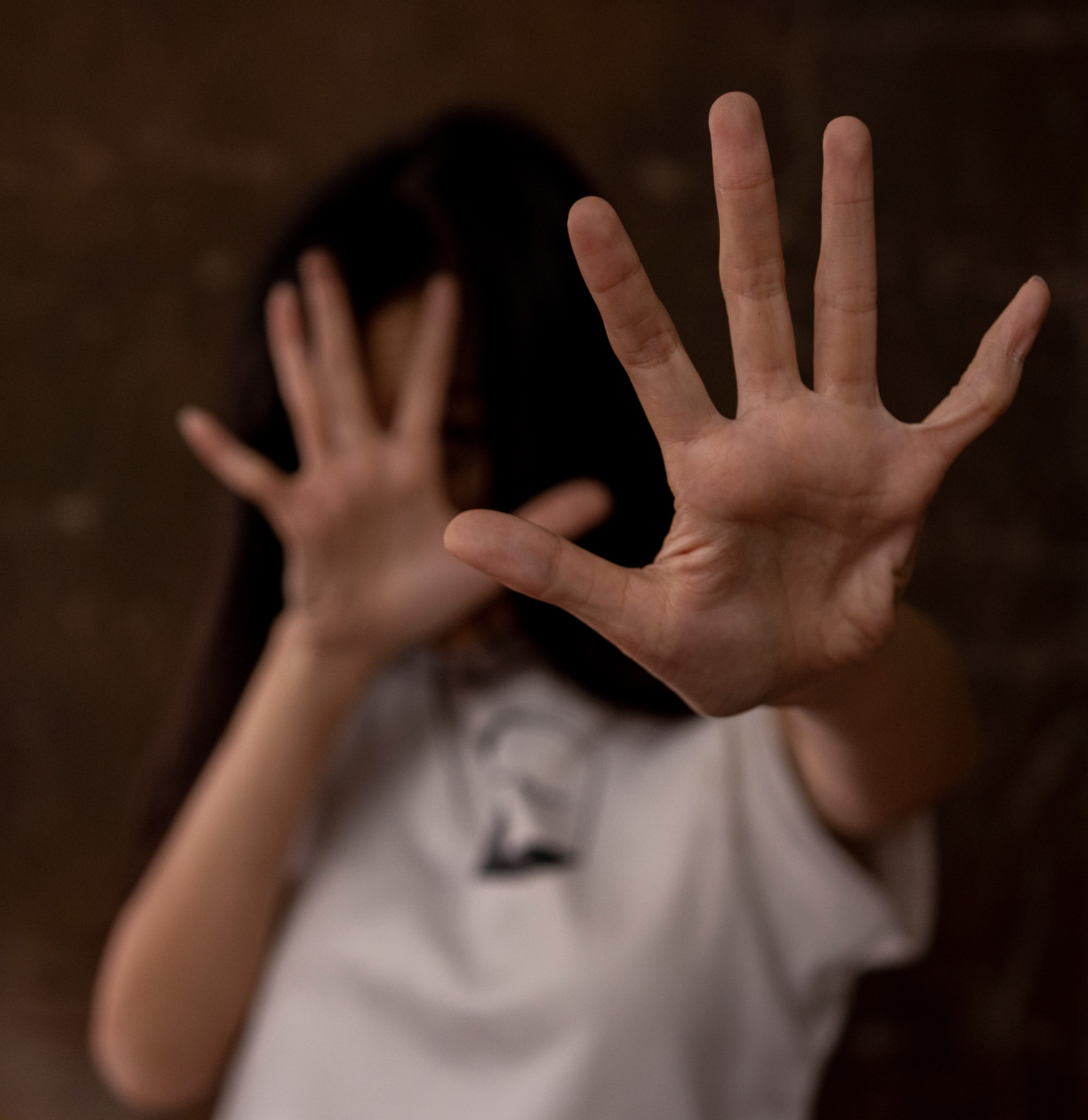 “My young mind was thinking this is what men do when they don’t like you."

In the years that followed, Louise alleges she was raped twice by two complete strangers, one of whom she met while walking to a friend's house aged just 13.

At this point, Louise firmly believed that this was "just what men did" and ended up in an unhappy marriage fairly young.

“He’d have sex with me every couple of days, whether I was torn and bleeding or not, it was excruciating," she says.

The marriage eventually ended and it's only in the last few years that Louise has started having counselling to work through what happened to her. 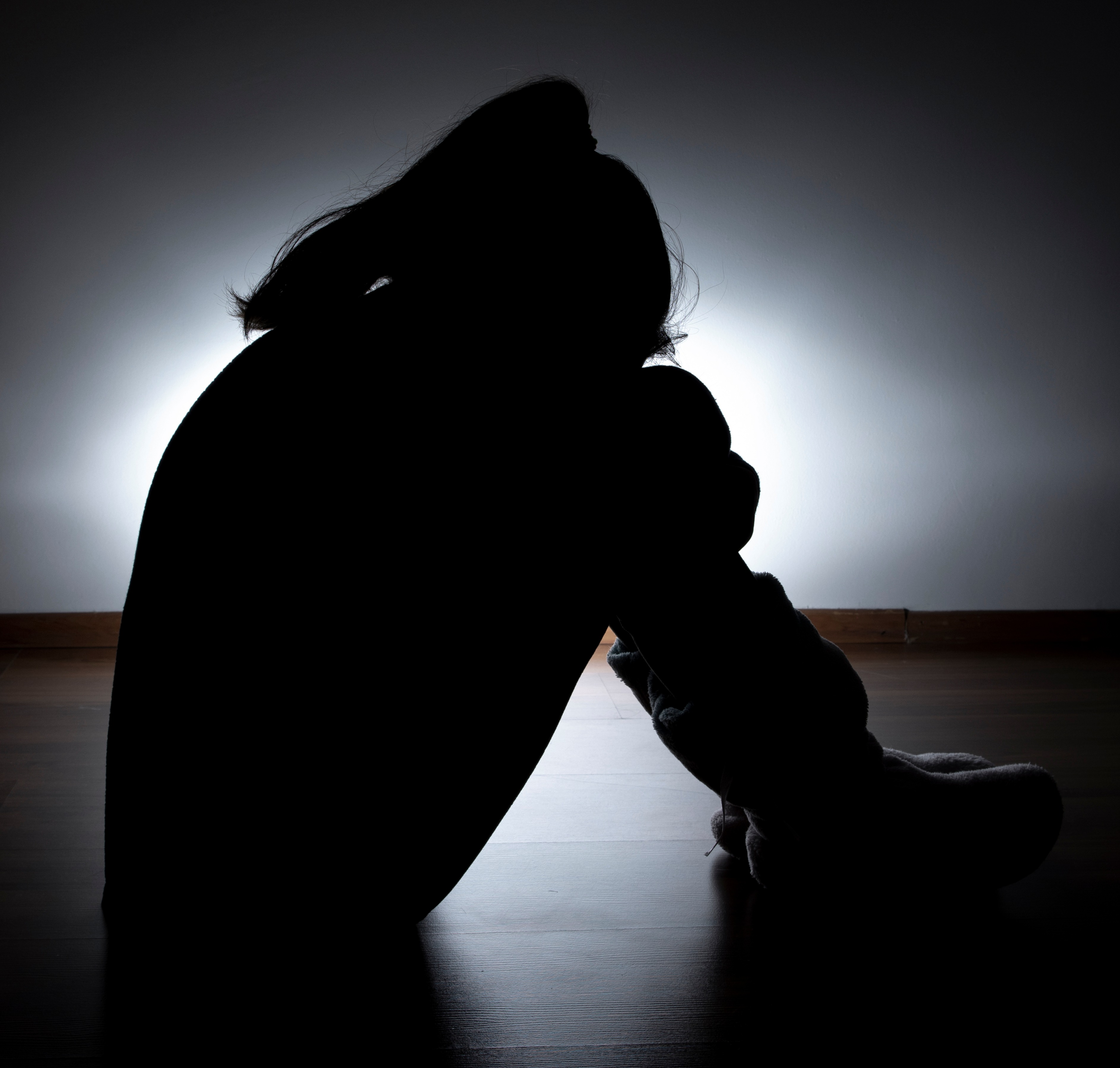 Realising what happened was horribly wrong, she finally went to the police to report the assault that happened when she was 10. Despite believing it wouldn't go any further, it made it to court.

However, the man was later acquitted due to a mix-up with two witnesses, who authorities believed may have collaborated on their stories – despite Louise insisting they didn't know each other.

“I could have handled it if there hadn’t been enough evidence, but it was a technicality that he got off on," she says.

While Louise later reported her other past assaults, none made it to court.

There is now an ongoing government review of the criminal justice system’s response to rape and sexual offences.

While both Alex and Katie Russell applaud the steps that have been taken to help victims so far – for example allowing them to appear remotely via video link – they say more still needs to be done, such as pre-recording testimonies.

The Ministry of Justice recently confirmed that vulnerable victims and witnesses will have the option to pre-record their evidence in London and Kent – and both survivors now hope this could be rolled out across the country.

However, it's not just court where change needs to happen, and Katie says training across the board for police officers, as well as judges and the CPS, is essential.

National Police Chiefs’ Council lead for rape and adult sex offences, Deputy Chief Constable Sarah Crew, tells us in a statement: “The fall in the number of perpetrators of rape being convicted is very concerning for me."

She says that officers receive specialist training and have access to early evidence kits and strong links to sexual violence advisors too.

She adds: “The increasing length of time it is taking to reach the point of charge is concerning. Many issues are contributing to this including an increase in reports, more material and evidence to gather and the high evidential threshold we need to meet."

Meanwhile a CPS spokesperson said in a statement: “It is clear more needs to be done both to encourage victims to come forward with confidence and to make sure they are supported through the justice process so the gap between reports of rape and cases that reach the courts can be closed."

They have now launched a five year blue print for rape prosecutions – RASSO 2025.

“We fully support the cross-Government review into how rape and sexual offences are handled," the spokesperson added.

*Names have been changed to protect the identities of some of the victims.