THIS is the moment a huge shark crashed onto a boat and slammed its tail into the windscreen as terrified passengers watched on.

Skipper Ryan Churches was on the hunt for kingfish with five customers off the coast of Whitianga, New Zealand, when the 9ft beast leapt on board. 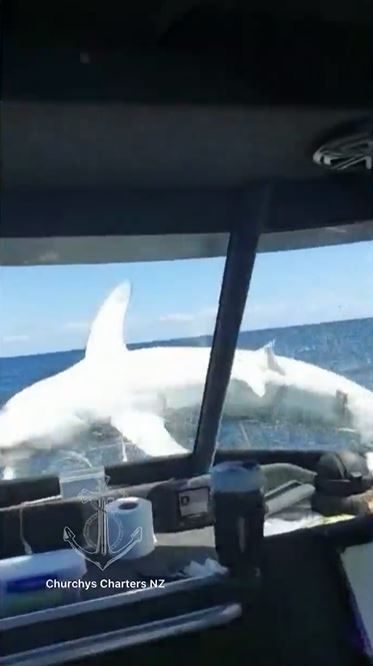 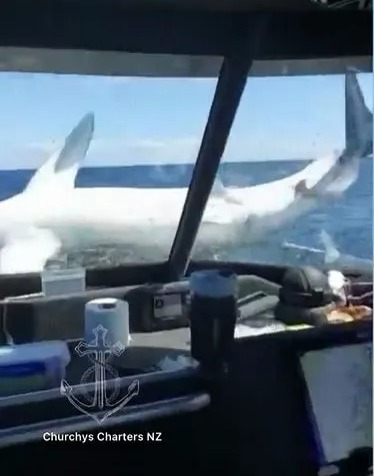 The massive mako shark had been snagged by a fishing hook when it smashed onto the vessel.

Footage shows the 330lb creature thrashing on the deck – with just the windscreen protecting passengers.

Ryan said the incident on Saturday was the first time he had ever seen a shark jump onto a boat.

He told the New Zealand Herald: "We were out fishing with five customers on board winding a bait in and the mako took the bait. 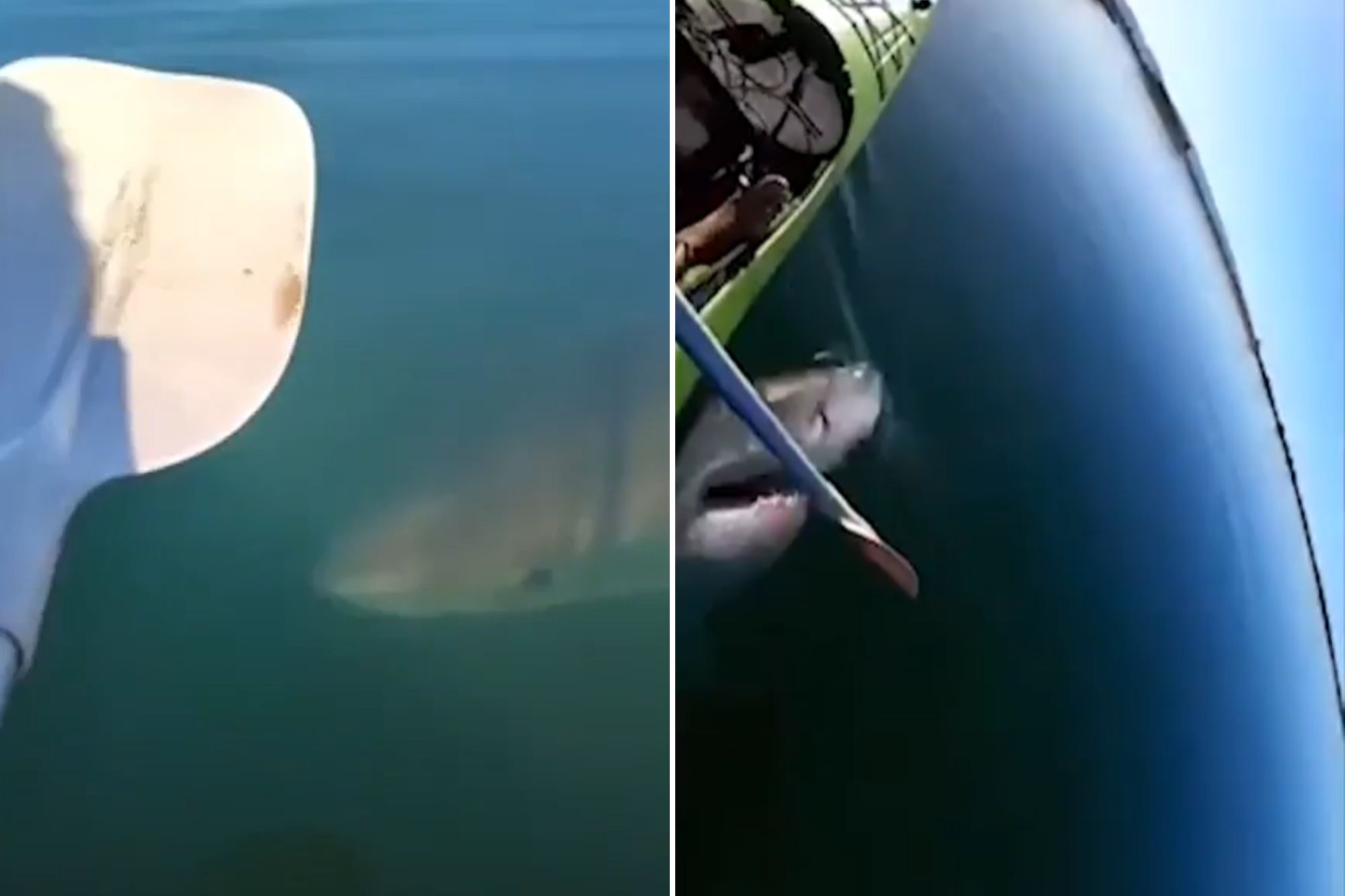 “We were fighting it normally and it was jumping around. I told the customers ‘if it jumps in the boat get out of the way’.

“It just so happened that about 30 seconds later it jumped on the top of the boat. It was crazy.

"We were all watching the rod and the line was going out to the side of the boat and it changed direction suddenly. It just happened to jump at the same time and we got a hell of a fright.”

Churchys Charters NZ captain Ryan said the Mako spent two minutes trying to get itself off the boat.

He believes the beast was as long as eight to nine feet and around 330lb.

The skipper was worried he may have to intervene to help get the shark off the boat.

Luckily, it managed to wriggle free and back into the water.

Ryan added: "He got away safe. There’s nothing much we could do. We can’t go up the front to go near it because they go absolutely bonkers.

“We dropped the anchor down a little bit because it seemed to be holding it in place (on the boat). He went absolutely bonkers again and pushed himself through the bow rail and slid back into the water.

“I was trying to figure out ways of how to get it off if it didn’t slide off. I was thinking what the f*** do we do? But it all worked out."

Ryan says he and his customers were "lucky" the shark landed on the front of the boat where they had "windscreens and hard tops blocking it."

He said: "The customers reacted better than what a lot of people would have.

Hard-up Brits to get extra cash to insulate their homes this winter, Sunak hints

"The cameras were out, but they probably didn’t realise the danger we could have been in.

"We were lucky it didn’t come into the back of the boat otherwise it could have a wildly different story.” 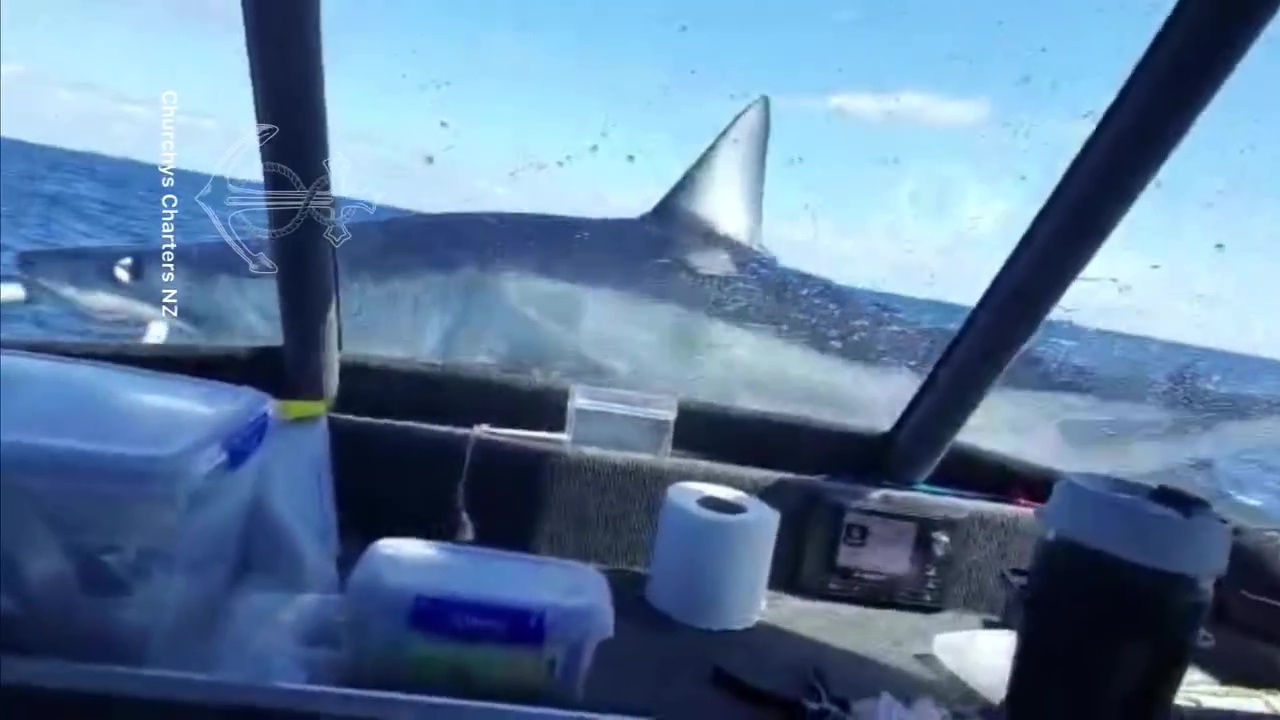 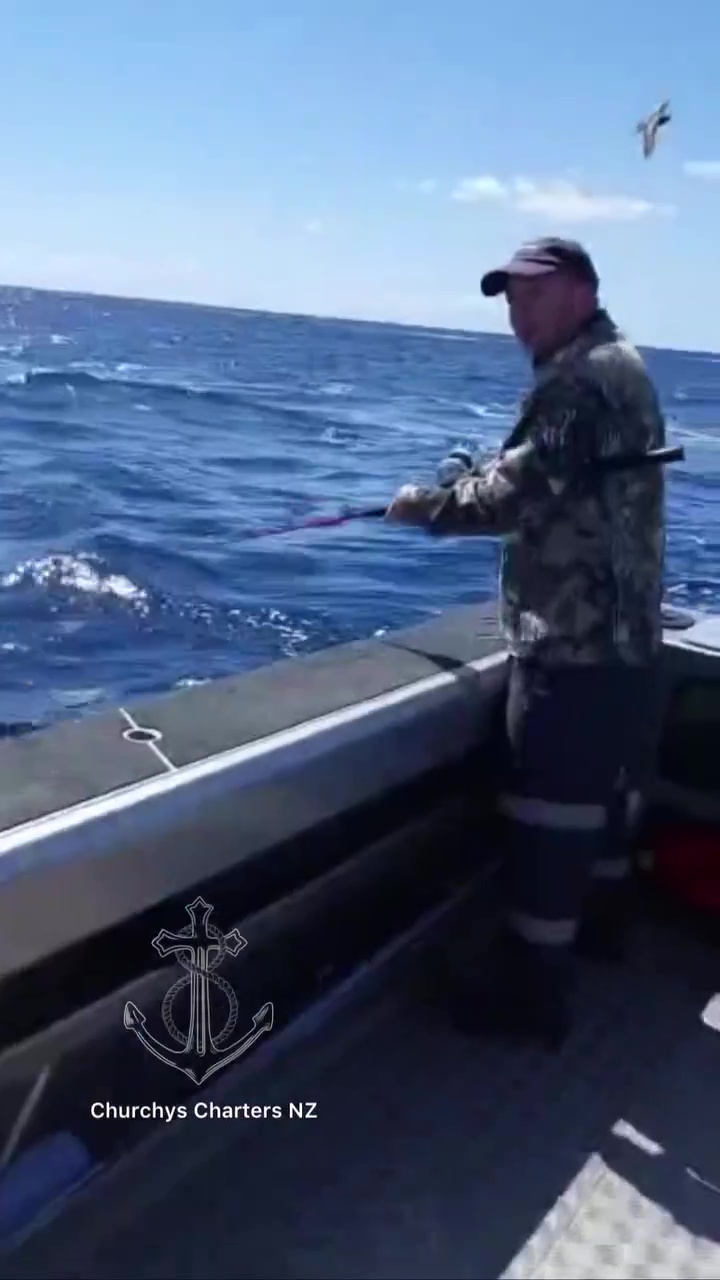