'Upbeat' boy, 19, permanently blinded after stranger threw cup of acid over him as cops offer £5,000 reward for attacker

A ‘WONDERFUL’ teenager has been left permanently blinded after a stranger ambushed him with a horrific acid attack in the middle of a street in rush hour.

Cops have offered a £5,000 reward to help catch the merciless attacker, who threw a cup of acid over the teen and his friend as they walked down the south London street. 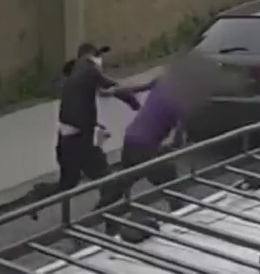 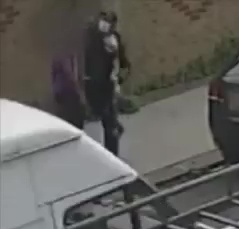 The 19-year-old has been left permanently blinded, while his 25-year-old pal was also rushed to hospital following the random attack in Thornton Heath, near Croydon.

Described as a “wonderful, upbeat and kind person”, the teen’s devastating injuries from the random attack have shocked those close to him.

“He's such a wonderful, upbeat and kind person, we want to give back to him,” said the Da’aro Youth Project, which is fundraising for the teen.

“His injuries are life-changing and most likely permanent. We want to try and raise some money because we think that there will be a lot of things that he will need to be able to adapt to his current situation, as there will be costs that come from his disability.”

Cops are urging anyone with information to come forward to help identify the attacker, for fear he could strike again.

Detective constable Dimitri Savathrakis said: “This was a violent and unprovoked attack on two innocent victims and we are doing everything in our power to bring the person responsible to justice.

“The victims were left shaken, injured and their lives changed forever as a result of this individual’s actions.

“We hope that this appeal will uncover new information and I urge anyone with information to come forward.”

The horrendous attack happened as the two friends were walking along Thornton Road in Thornton Heath at around 8.10am on December 7.

They were approached by a slim man they did not know, who was wearing a blue surgical mask.

The suspect – clad in a black hooded jacket and baseball cap – threw a cup of corrosive liquid over the 19-year-old and his pal, before running away.

Emergency services rushed both victims to hospital but tragically the teenager suffered permanent loss of sight.

Police said the suspect and the motive behind the attack were unknown.

“The perpetrator of this acid attack had been seen once a few months earlier by one of the victims, when he called at their address claiming to have a letter for him on September 7,” said a police spokesman.

When the victim went into the street – as seen in CCTV footage – the suspect punched him in the face twice with a bicycle chain wrapped around his fist.

The suspect was described as a white or Asian male and on each occasion he was wearing a light blue medical mask and a dark coloured baseball cap.

Alexa Loukas, London Regional Manager at the charity Crimestoppers, said: “This horrific incident has left a young man with life-changing injuries, both victims traumatised and has shocked the community of Thornton Heath, Croydon.

“The individual behind the acid attack could strike again, so it is critical that anyone who knows or has suspicions about who was involved contacts our charity 100 per cent anonymously.

“We need the public’s help to bring those involved to justice and help the victim to recover and the community to feel a dangerous individual is no longer a threat. Do you have information about the man in the CCTV images? Every piece of information may be vital to this investigation.”