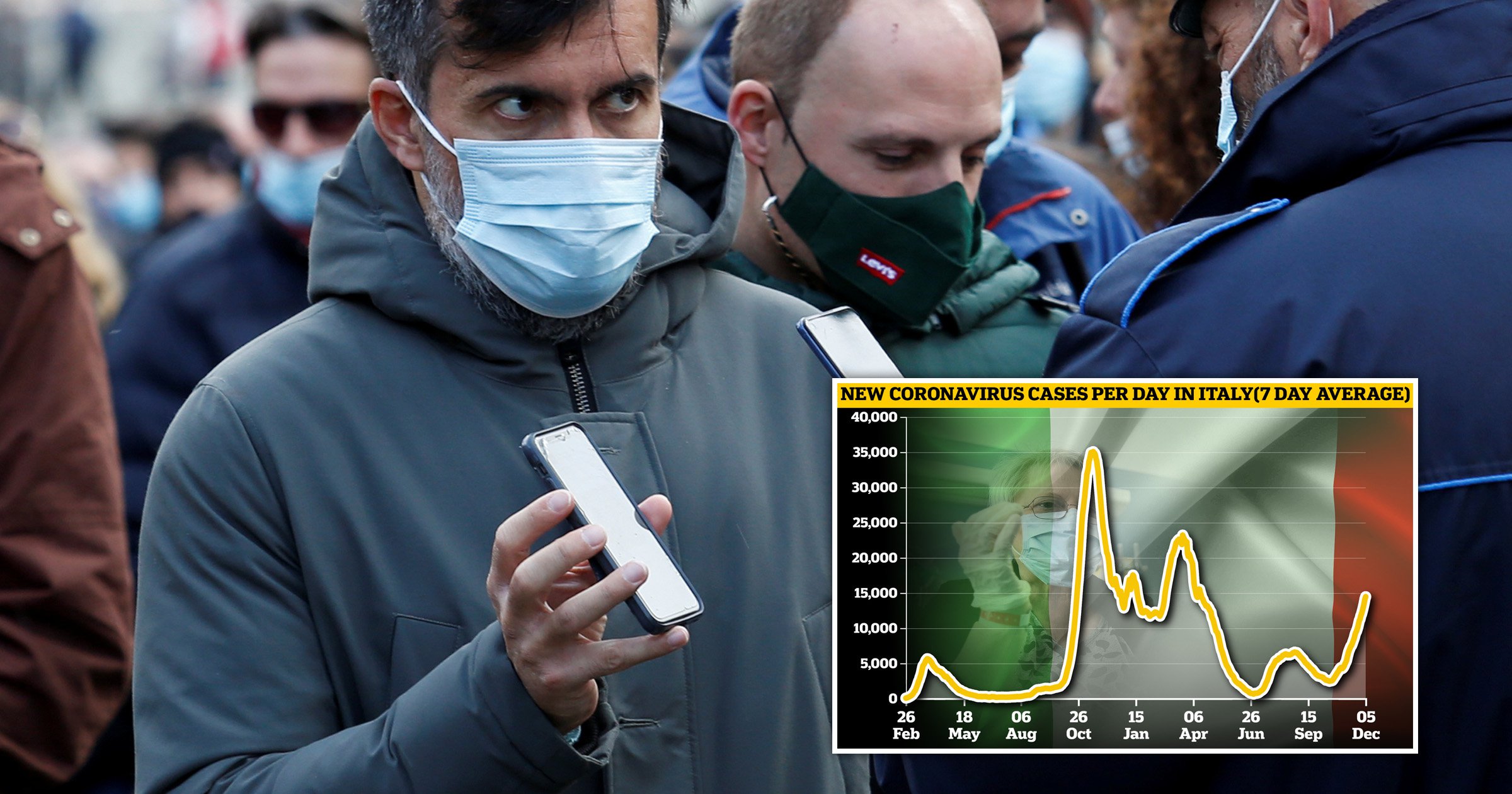 People who haven’t been vaccinated against Covid in Italy can no longer go to indoor restaurants, cinemas or live music events under new rules that have now come into force.

Proof of vaccination or recent recovery from the disease will need to be shown to gain access to various venues using the country’s ‘super green health’ pass system.

Previously proof of a recent negative test result was sufficient but the rules have been tightened as the country tries to convince thousands more to get the jab in the face of rising cases.

New measures are also being enforced on public transport, museums and hotels, which will now require a health pass to gain entry – although these settings are still allowing negative test results.

Having a coffee at the bar of a cafe and eating outside is still allowed without a Green Pass.

In contrast, those who have been vaccinated are being allowed to continue their lives in relative normality.

Elsewhere, big cities including Rome and Milan have introduced compulsory face mask rules, even outdoors, as thousands hit the shops for the festive season.

A man in his 50s was among the first to be fined 400 euros for not having his vaccine pass on Monday morning as he got off a bus near Piazza del Popolo in Rome, according to the Corriere della Sera newspaper.

‘I don’t have it because I wanted to get vaccinated in the next few days,’ he was reported as saying.

Italy’s vaccination rate is higher than many of its neighbours, at 85% of the eligible population aged 12 and older and 77% of the total population.

But people in their 30s, 40s and 50s have proved the most reluctant to get vaccinated, with nearly 3.5 million still not having received their first doses.

Italy was the first European country to be hit by coronavirus in early 2020 and has one of the highest death tolls, at more than 134,000.

However, it is currently faring better than many of its neighbours, with 15,000 cases out of a population of 60 million reported on Sunday.

The number of new Covid infections in Italy has been on a gradual rise for the past six weeks, even before concerns arose about the new Omicron variant.