AN unemployment map has shown huge jobless spikes across the United States with record highs in 43 states during April.

The graphic shows that Nevada, Michigan and Hawaii have been the hardest hit during the coronavirus pandemic. 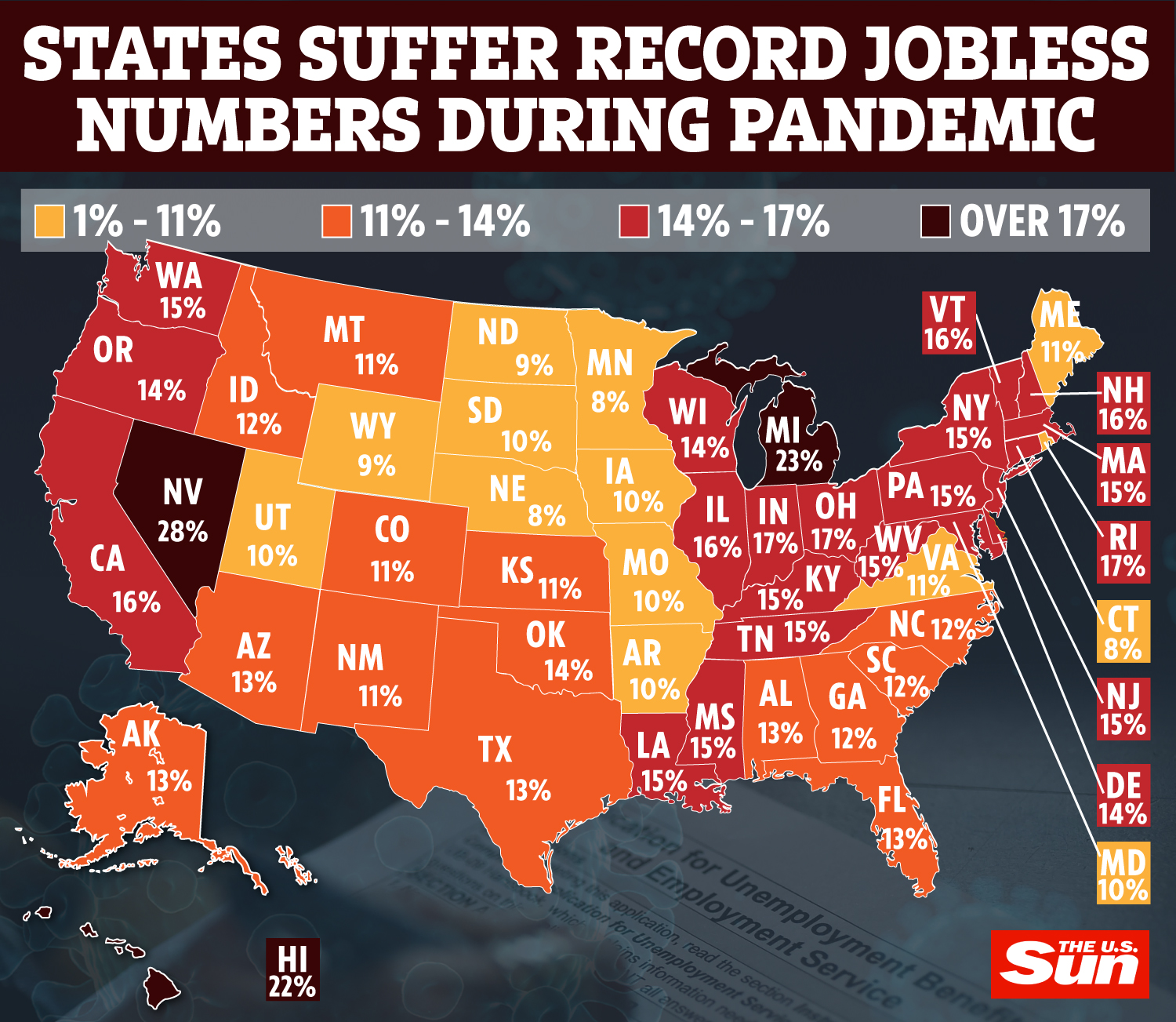 On Friday, the Labor Department's Bureau of Labor Statistics released the concerning figures which showed that all 50 states reported highs in their unemployment rates last month.

The data showed that 86 percent of America's states recorded their all time highest unemployment rates in April.

The lowest level of unemployment on the graph is eight percent, which is seen in Minnesota, Connecticut and Nebraska.

The highest level is a massive 28 percent in Nevada. 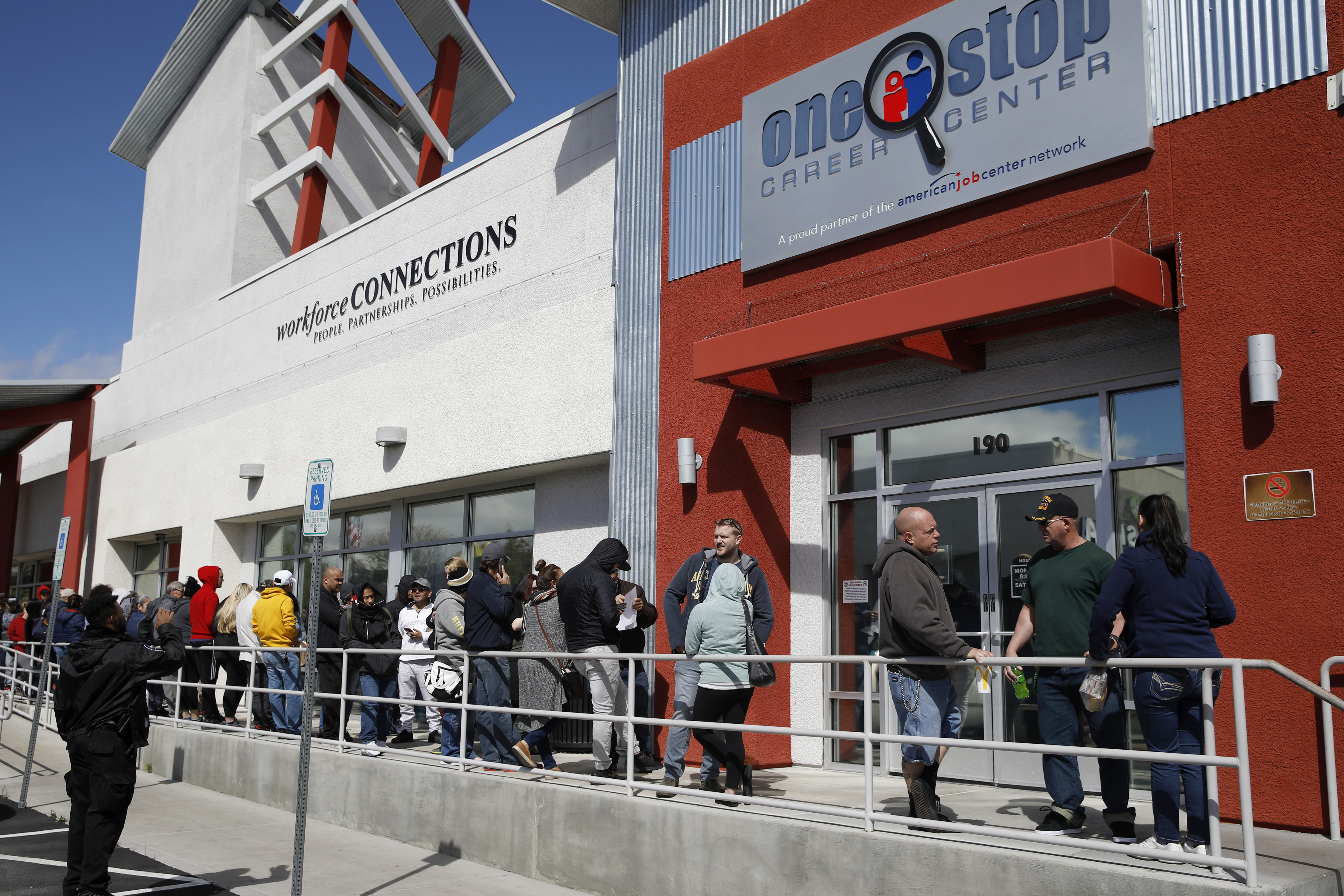 Michigan follows behind with a rate of 23 percent, and Hawaii close at 22 percent.

Last week, another 2.4 million Americans filed for unemployment, bringing the nine-week total of jobless workers to more than 38 million.

Although 249,000 fewer workers claimed unemployment, the alarmingly high figure shows the US economy is still struggling even as states begin to ease lockdown restrictions.

Economists said claims were also high because states are slowly beginning to process unemployment application for gig workers and others to access federal government benefits. 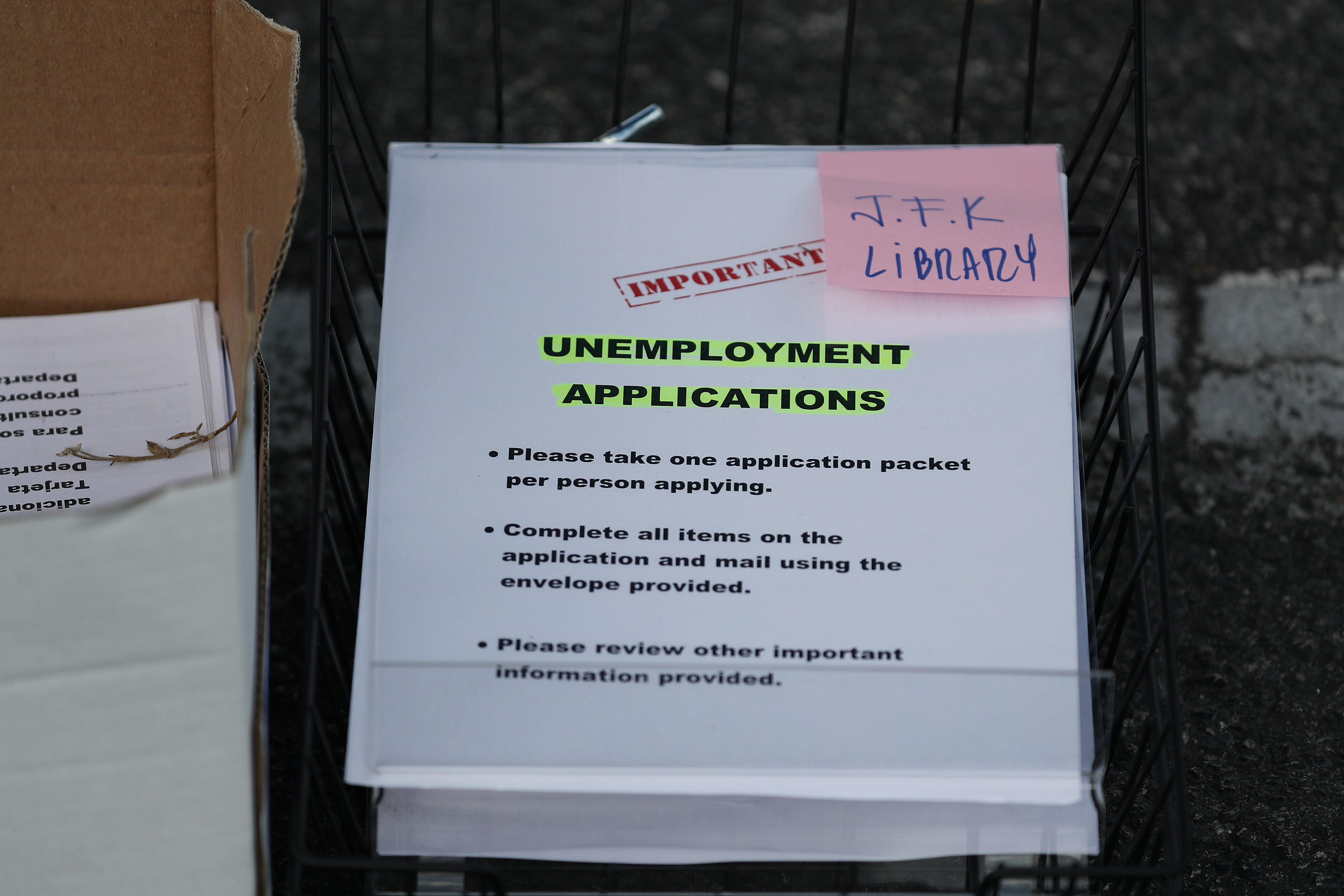 During an interview with CNN on Sunday, the White House economic adviser Kevin Hassett was asked if this month's unemployment figures will surpass April's 14.7 percent.

"But it could be, if they fix the numbers and fix the thing that they mischaracterized last time, that you will end up with a number north of 20 percent in May."

Hassett then told the anchor that he believes the high figures could continue through the presidential election.

"Yes I do," he said, "Unemployment will be something that moves back slower. I think it could be better than that.

"But you’re going to be starting at a number in the 20s and working your way down.

"And so, of course, you could still not be back to full employment by September or October."

Related posts:
Trump promises to ‘buy 100 million testing swabs and vials and give them to states’ – The Sun
How I Met Your Mother: Vote for your favourite guest star
Popular News
My Chemical Romance Explain Decision To Receive PPP Loan
16/07/2020
Man Utd wonderkid Ramon Calliste, called ‘the next Giggs’, now owns luxury watch business and makes £5m a year – The Sun
26/03/2020
Megan Thee Stallion Addresses Criticism Over Twerking: ‘I Love to Shake My A**’
26/03/2020
Police guard shops to stop coronavirus panic-buyers and enforce social distancing – The Sun
26/03/2020
Coronavirus: Good Morning Britain’s Dr Hilary reveals ‘game-changing’ self-testing kit
26/03/2020
Recent Posts
This website uses cookies to improve your user experience and to provide you with advertisements that are relevant to your interests. By continuing to browse the site you are agreeing to our use of cookies.Ok