BRITAIN could be hotter than Ibiza this Good Friday – with temperatures forecast to soar as high as 25C.

The heat is set to smash a 110-year-old record and to continue through the weekend – though Brits have been warned that the coronavirus lockdown remains in force. 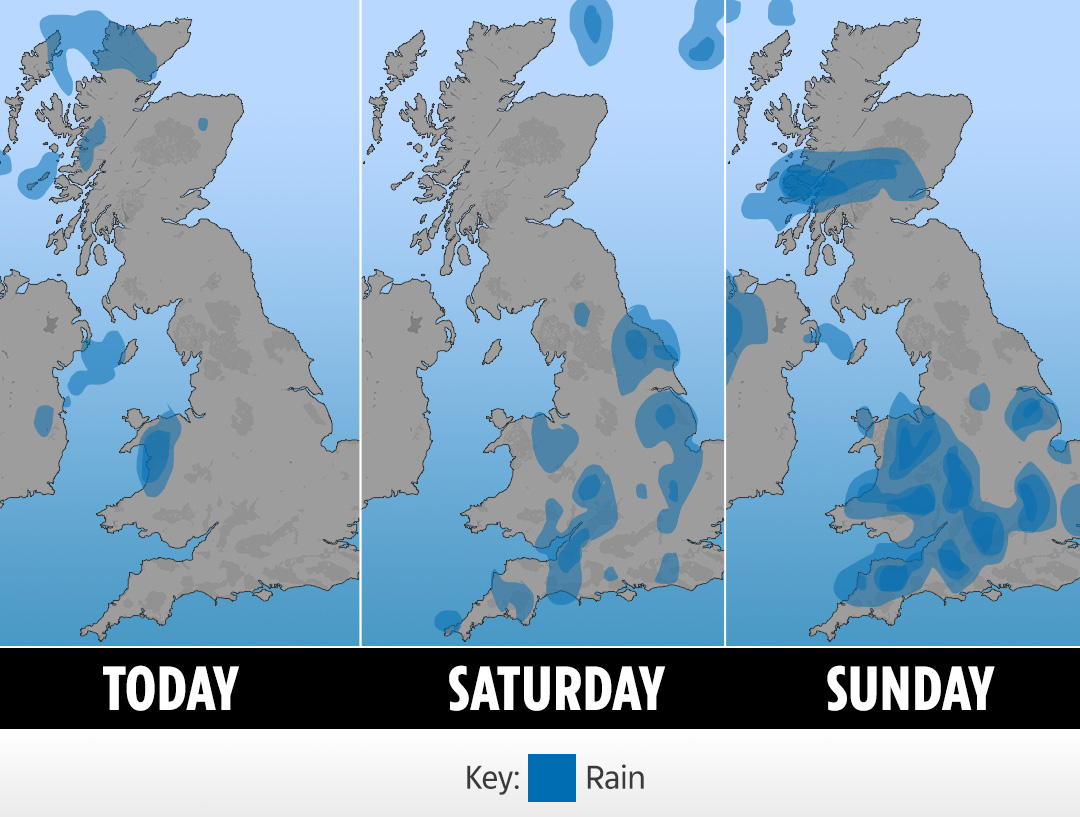 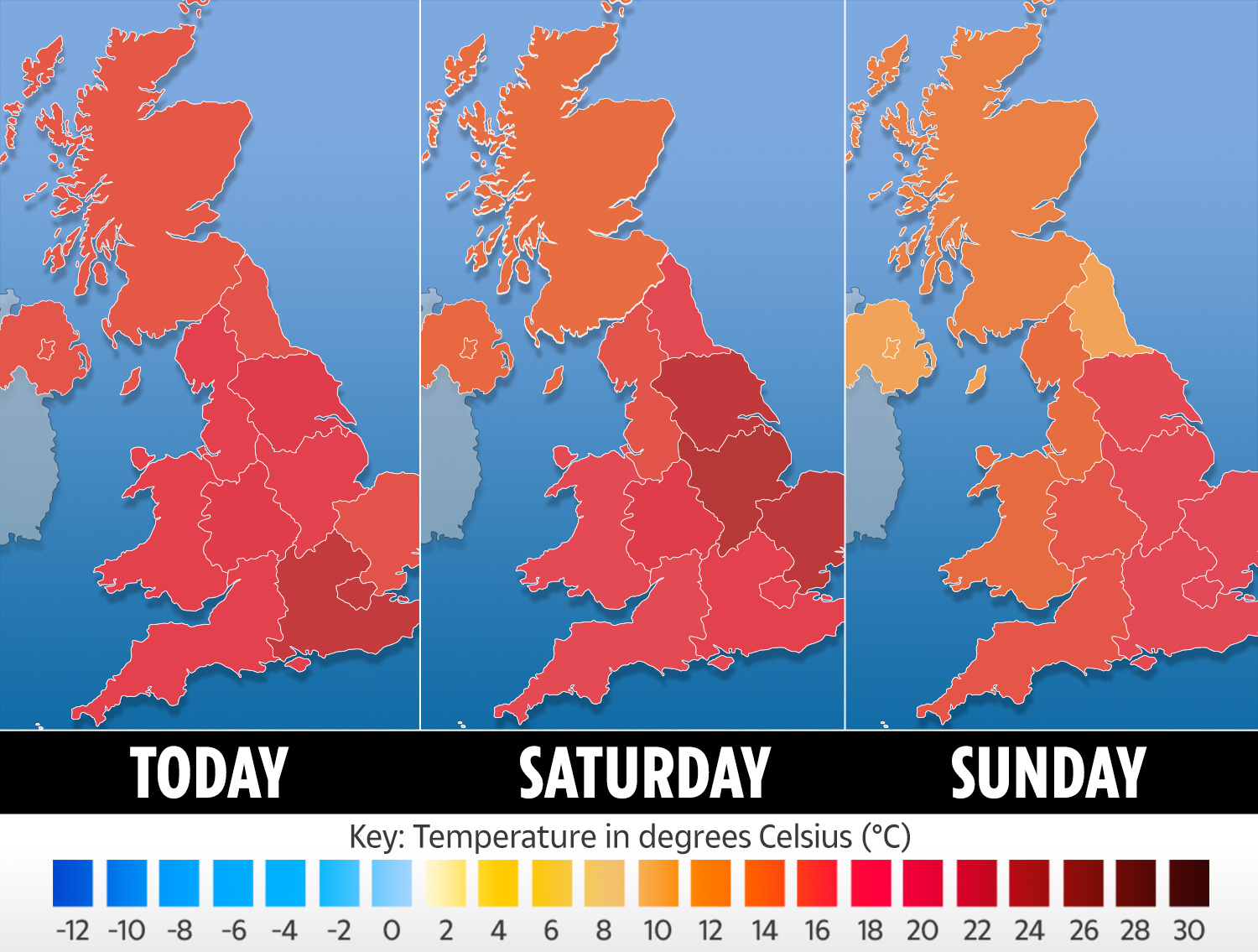 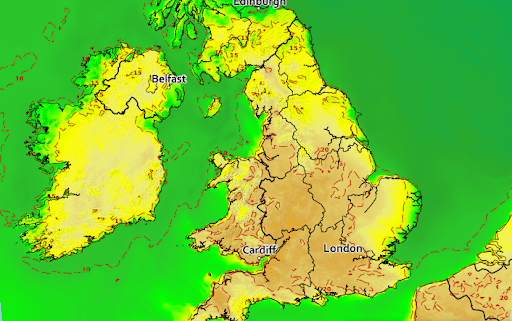 Sunny skies throughout Friday are expected to bring highs not seen on April 10 since a record set in Devon in 1909.

That day saw temperatures of 23.3C, the highest since records began in 1841.

The day will also be one of the hottest Good Fridays ever, though will be cooler than in 2011, when the day fell on April 22.

Ibiza, by comparison, is forecast to see a high of 18C.

The heat will be largely concentrated in the south of England, though other areas will see warm and mild temperatures.

Wales will see highs of 21C, while temperatures in the north of England are forecast to climb up to 19C.

The north of Wales may also see a few heavy showers in the afternoon.

Scotland will see temperatures mostly ranging between 11C and 14C, with highs of 16C.

The warm temperatures are set to continue into Saturday, with highs of 22C in the South, 18C in the North, and 15C in Scotland.

Sunday could also bring showers to parts of England and Wales. 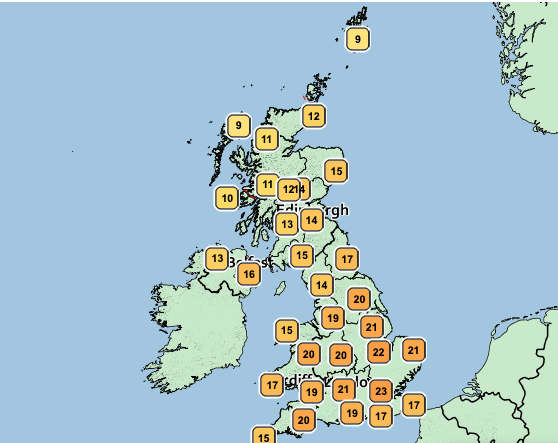 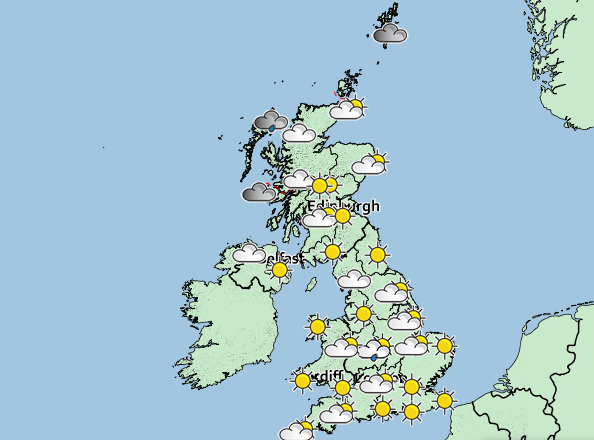 Met Office forecaster Nicola Maxey said: “Easter will certainly start warm and dry for many with heat coming from Africa via the Atlantic.

“24C is possible on Friday and Saturday.

"Sunday could see 22C, with up to 20C on Bank Holiday Monday.

“There will be long sunny spells for most on Friday and Saturday, but showers in the North will spread to the South from Sunday.

“Although temperatures will be above average, we urge people to remember Government guidelines and stay home.”

The government has also urged people not to go out in the heat while the coronavirus lockdown remains in place.

He added that the spread of the virus could accelerate if Brits don't "stick with" the strategy.

The coronavirus has so far infected more than 65,000 people in the UK and killed almost 8,000. 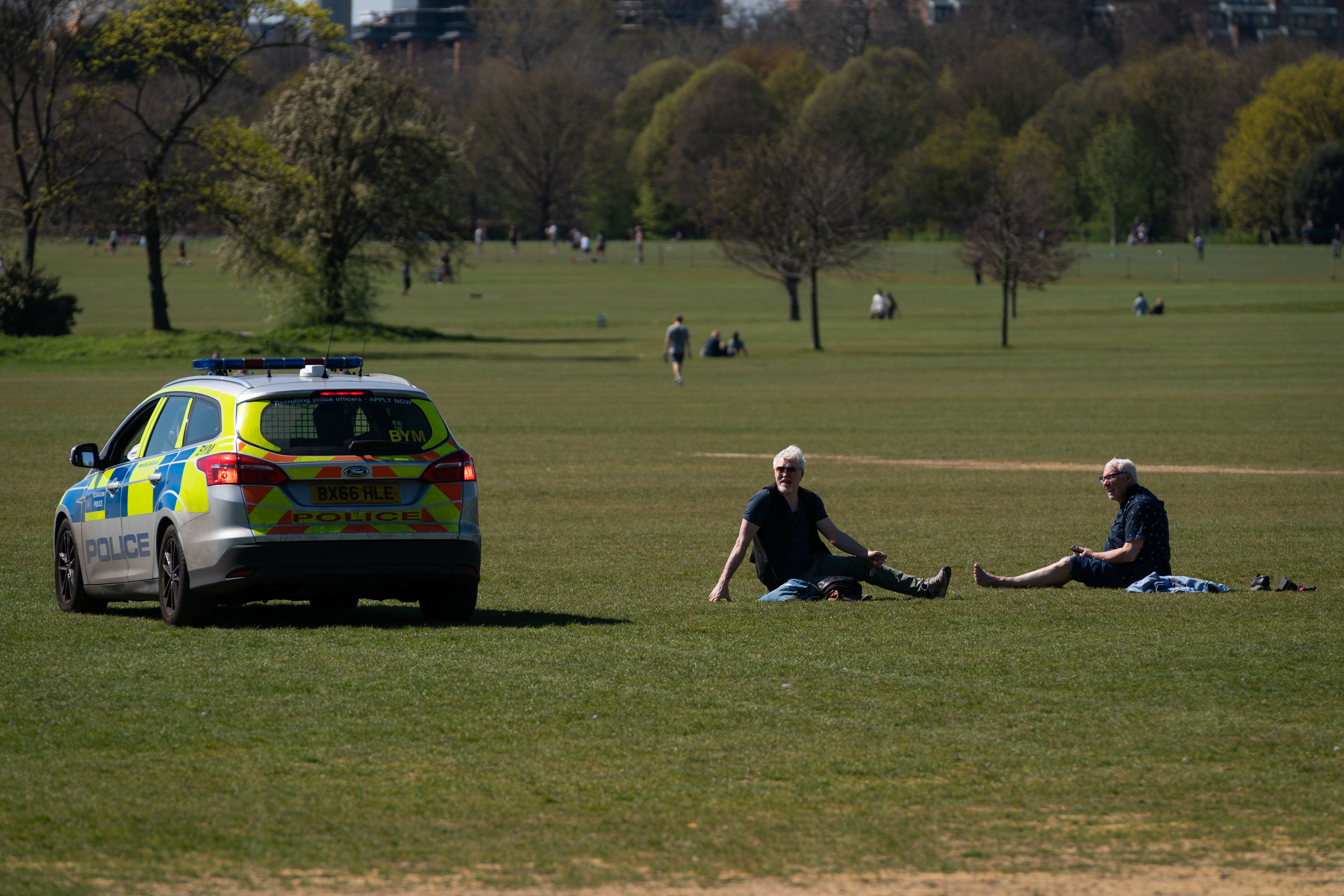 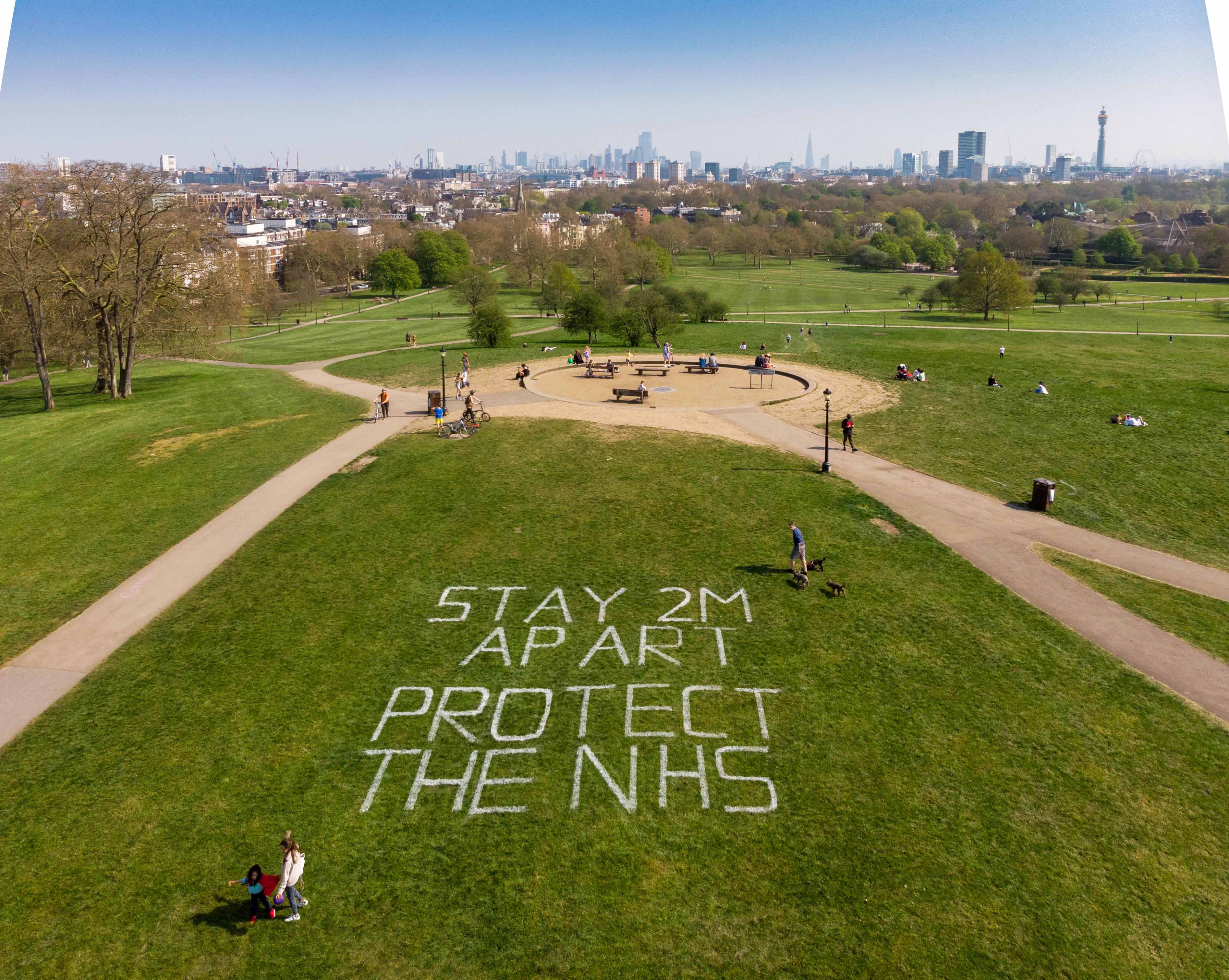