THE accused killer of a tech millionaire found butchered and stuffed into bags had a difficult childhood but isn't violent or incapable of murder, his aunt says. 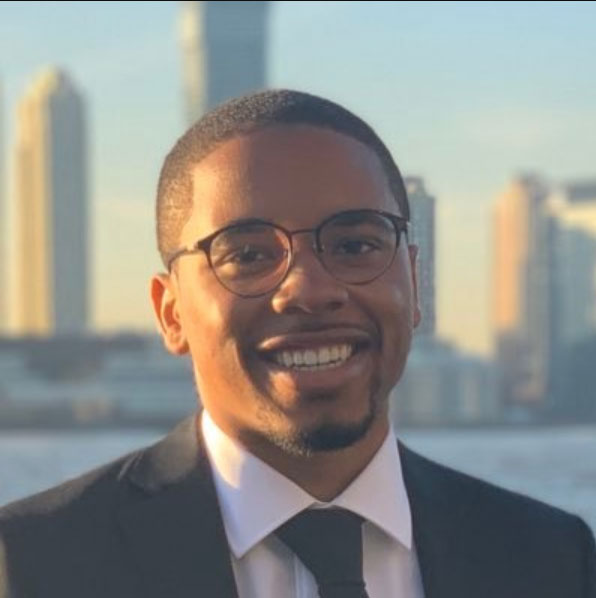 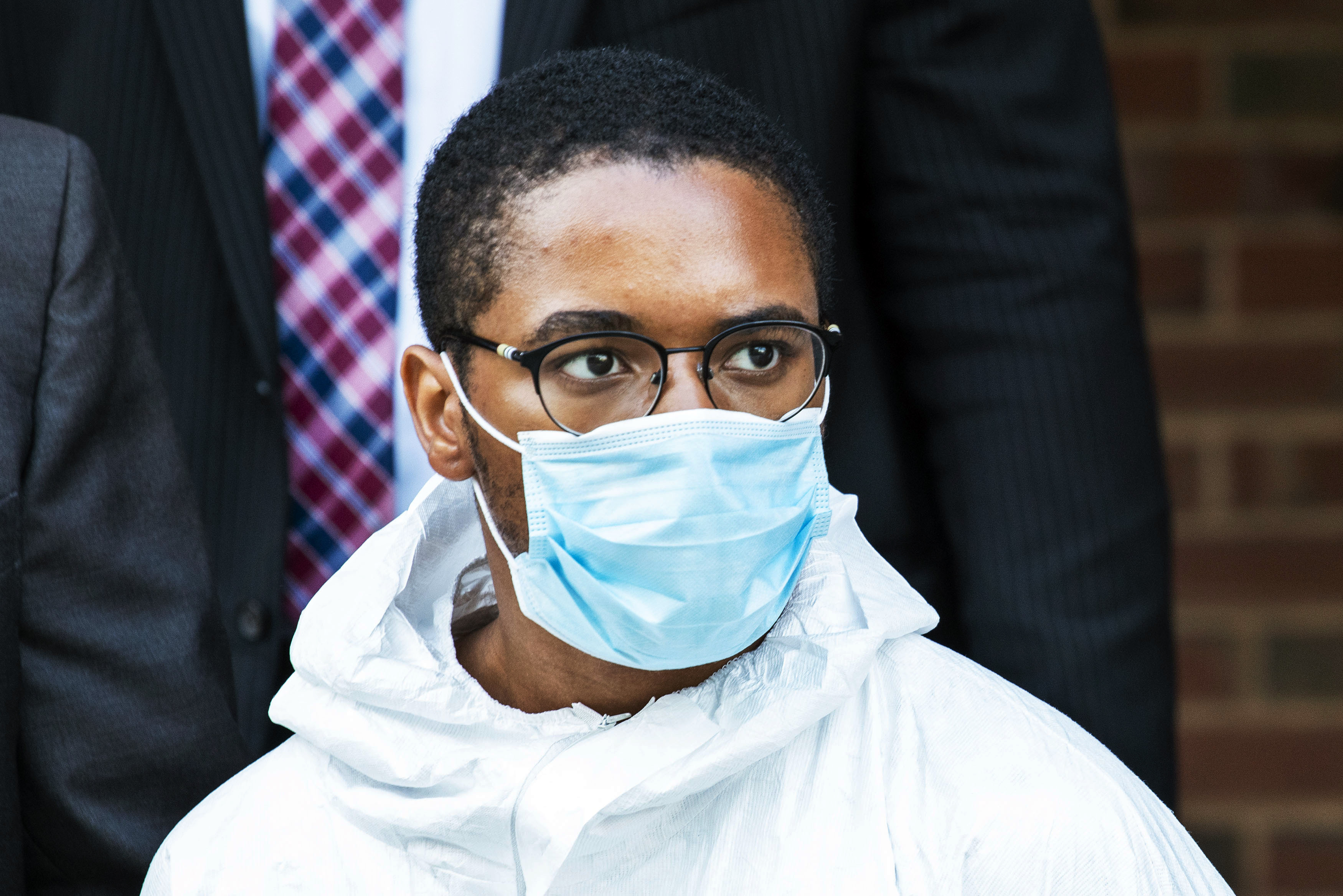 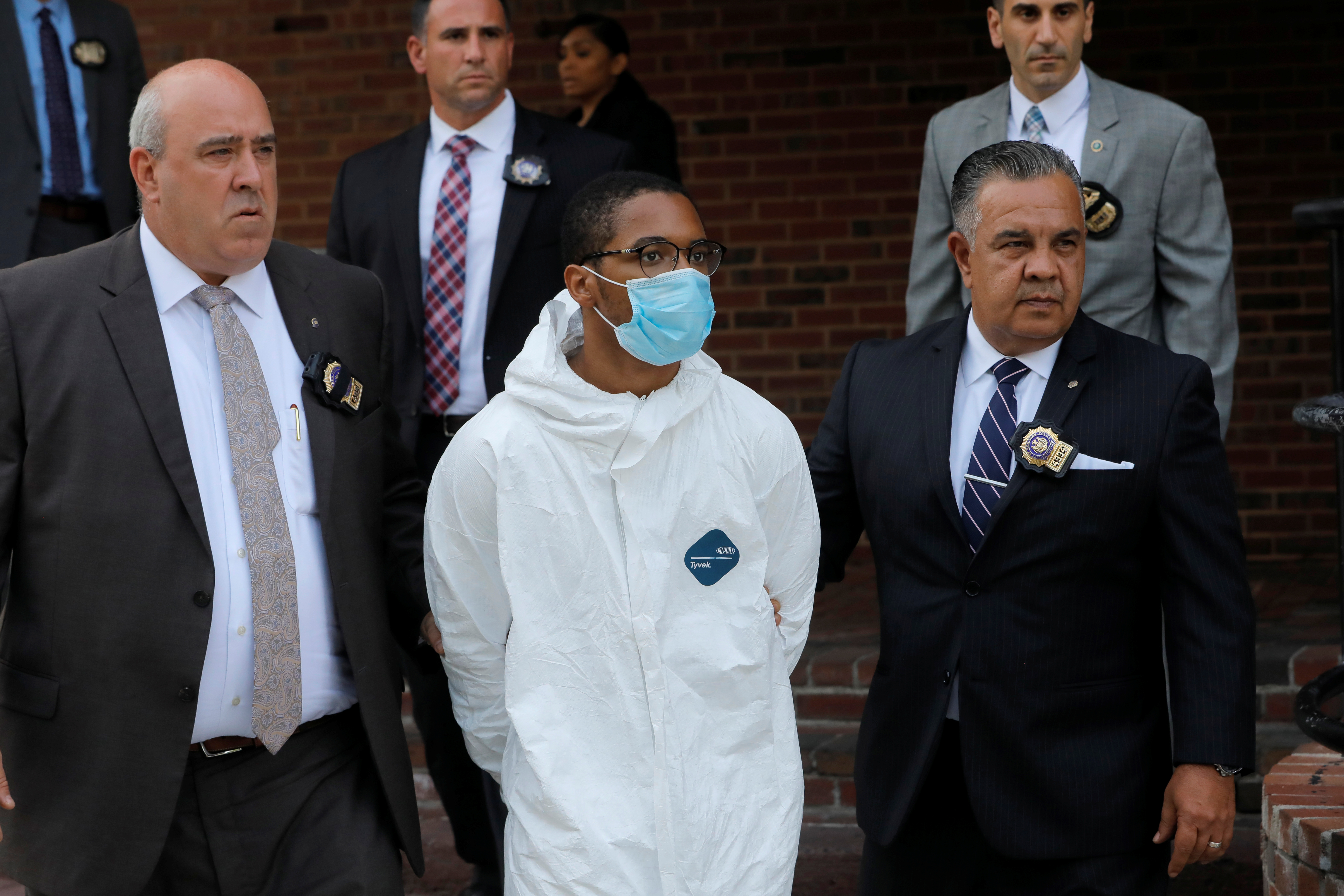 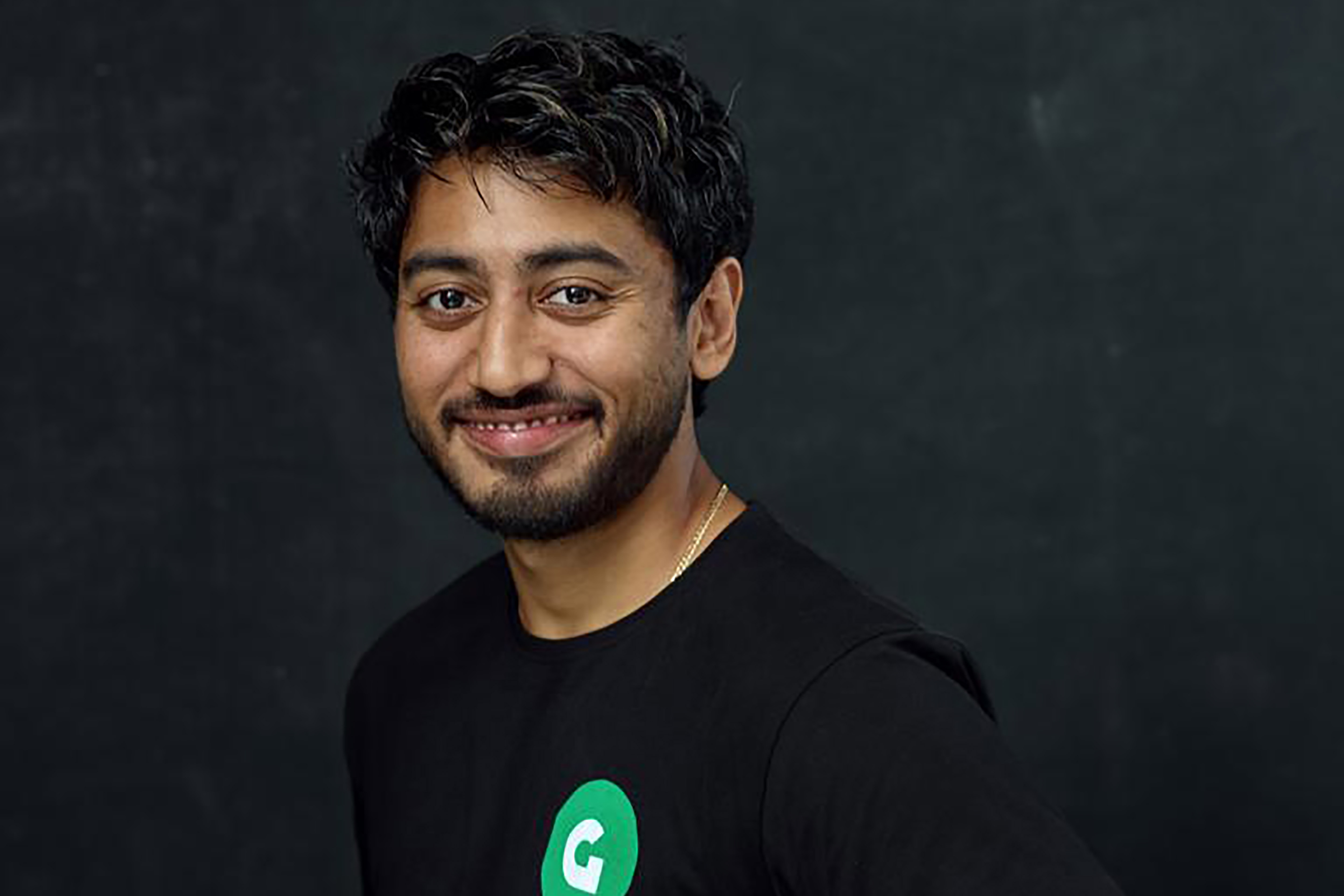 His assistant and accused killer, Tyrese Devon Haspil, has been described by his aunt Marjorie Sine as sometimes troublesome, but never having showed any inclination toward brutality.

“I thought [police] made a mistake because he never showed his emotions,” Sine, 52, said in an interview with the Daily News.

“His behavior, the way he was, he acted nonchalantly. He would do whatever he wanted.”

He never showed his emotions … he acted nonchalantly. He would do whatever he wanted.

The 21-year-old was charged with the brutal execution of his boss Saleh inside the victim’s $2 million Lower East Side condo.

Legal Aid Society attorneys with the Homicide Defense Task Force Sam Roberts and Neville Mitchell released a statement, saying: "We are in the very earliest stages of ferreting out the truth. The life of this case promises to be long and complex. As the attorneys for Mr. Haspil, we urge the public to keep an open mind".

The tech millionaire was found on Tuesday butchered and stuffed into bags in his luxury apartment in New York City.

Sine said her nephew had a difficult childhood, bouncing from one relative’s home to another before landing in a foster home.

When he was a child his mother was sent to a mental institution, leaving his maternal grandmother to raise him until her death when he was just 12, Sine said.

Sine said she took the young boy in but turned him over to a foster family at 17, as he became increasingly insolent. Haspil’s father died a year later.

“He wasn’t listening to me so he left,” she explained.

Sine also recalled how her nephew often stayed out late and disrespected her.

“That’s what happened, we went to court. I couldn’t deal with it anymore.”

Ryan Andres, a classmate of Haspil at Valley Stream Central High School on Long Island, said he never saw any flashes of violence or anger in his former friend.

“As far as I can recall, he was always pretty friendly with everyone,” Andres, 22, recalled.

“We would always try to practice with each other. He participated in competitions, just like I did.”

Haspil was seen picking up birthday balloons on his dead boss' dime just days after his murder.

Despite being at the center of a murder case, Tyrese Haspil appeared to be carefree as he was captured near the crime scene in New York City strolling through lower Manhattan as he held the bouquet of balloons.

Video footage obtained on Saturday by the New York Post shows the 21-year-old accused murderer and an unknown woman walking through NoHo, less than a mile from Saleh's high-rise pad.

Haspil allegedly used his boss' credit card to treat himself before and after the murder, law enforcement sources told the newspaper.

"This guy is the new American Psycho, only dumber," the source said.

A third golden balloon in the bunch was shaped like a golden heart.

The balloons appeared to be for the mystery woman, as Haspil's 21st birthday had passed in January, the Post reported. 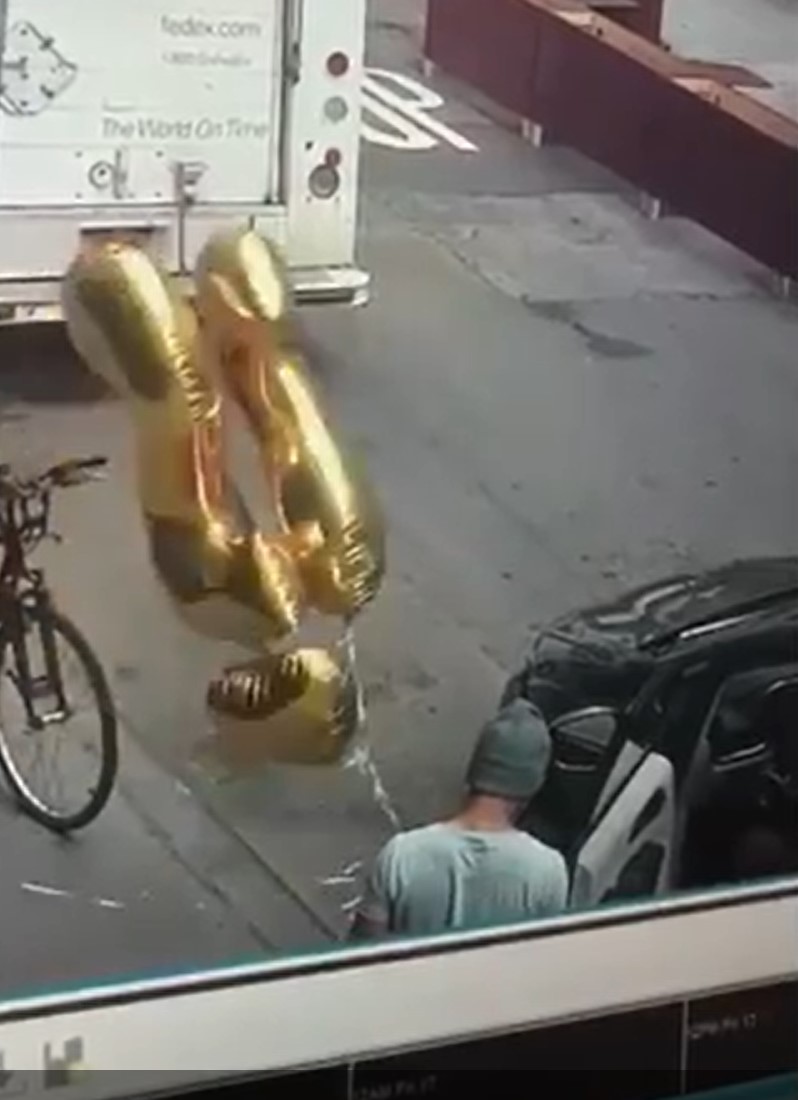 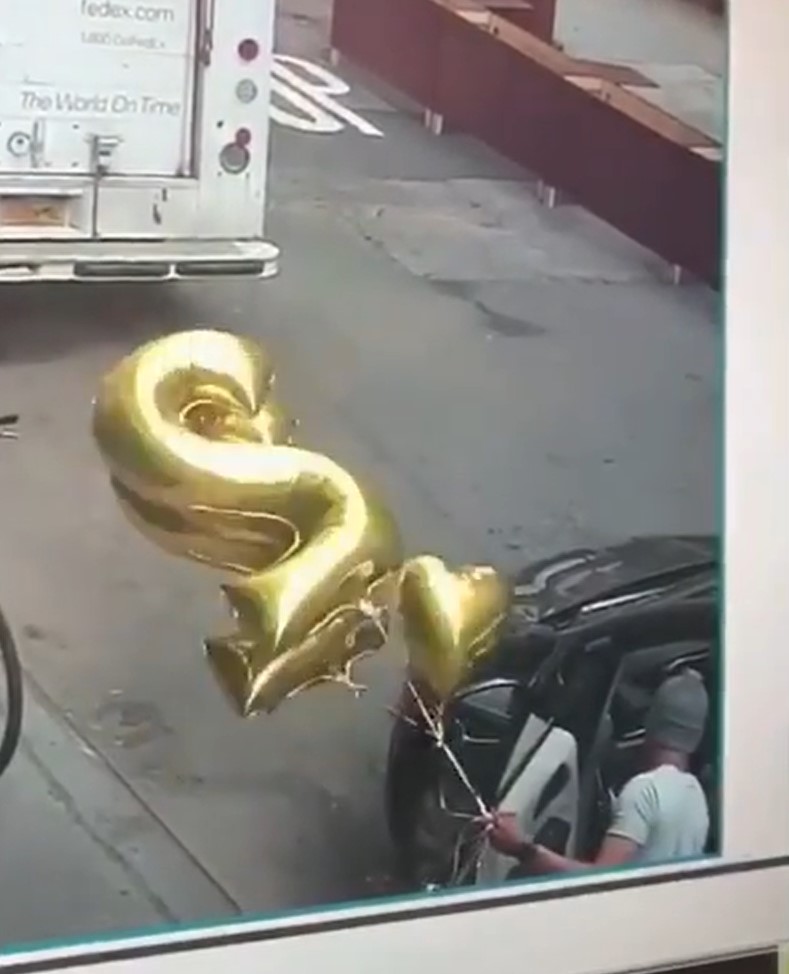 As cops combed through the crime scene, they discovered the left-behind Taser gun, which the Post reported was bought at a Home Depot with the card.

According to prosecutors, video surveillance from the hardware store on West 23rd Street on the morning of the gruesome crime shows Haspil buying the saw and cleaning supplies used in the killing.

The saw and supplies were found near Saleh's body at the seventh-floor apartment in New York, according to court documents.

Haspil was arraigned just after midnight on a charge of second-degree murder.

He handled finances and personal matters for Saleh, whose ventures included a ride-hailing service in Nigeria called Gokada.

The suspect is believed to have stolen $100,000 from his boss, and the two were sorting the debt out between them without police involvement.

THE DAY OF THE MURDER

Video footage last showed Saleh inside the elevator of his lower Manhattan residence at around 1.40pm on Monday.

He rode up to his seventh-floor, $2.2million apartment beside a man wearing a "ninja-like" hood who had followed him into the lift, according to reports.

The last image captured by security cameras showed the mysterious man following Saleh inside when the doors opened directly into his apartment before he zapped the entrepreneur. 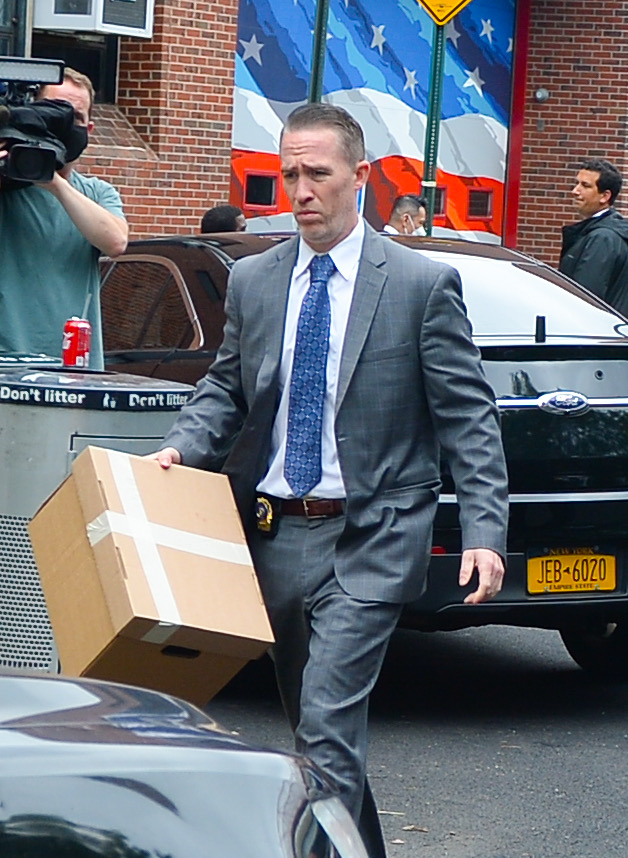 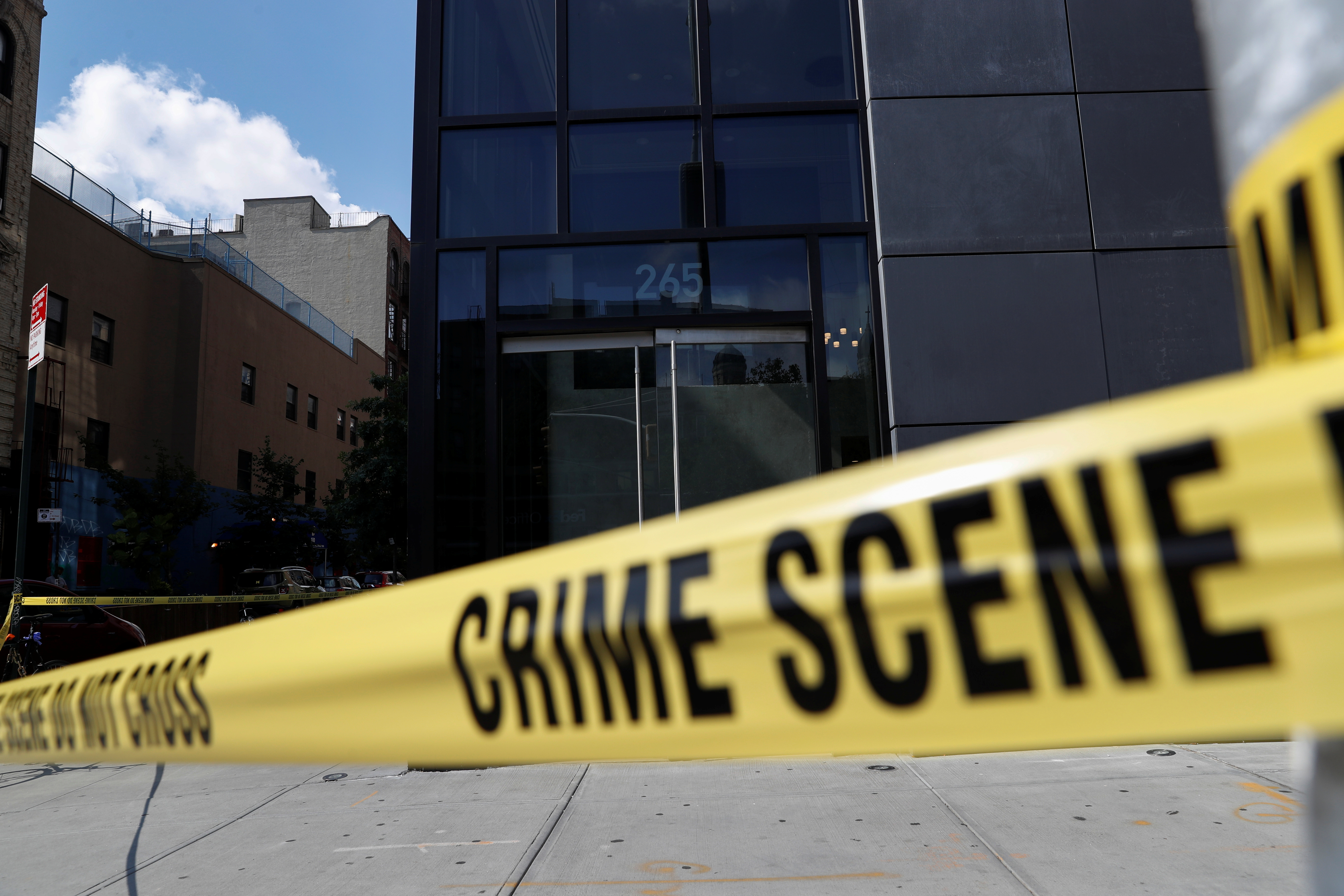 Court papers say Saleh fell to the floor after being shocked by a stun gun.

His headless and armless body was found by his sister at around 3.30pm Tuesday at the apartment.

Officers responding to the sister's 911 call discovered Saleh's clothed torso, bags containing a head and arms and an electric saw in the living room.

Saleh was stabbed five times in the neck and torso and had wounds on his arm and left hand, according to the NYC Medical Examiners office.

His killer sliced him up with a power saw, which cops found plugged into an electrical outlet at the scene. 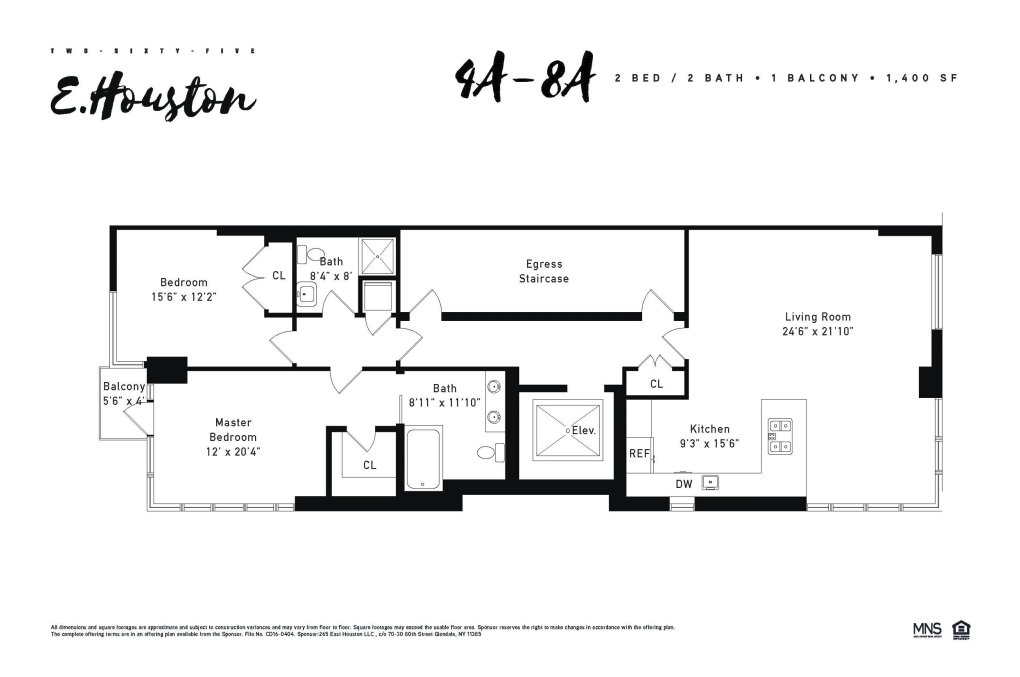 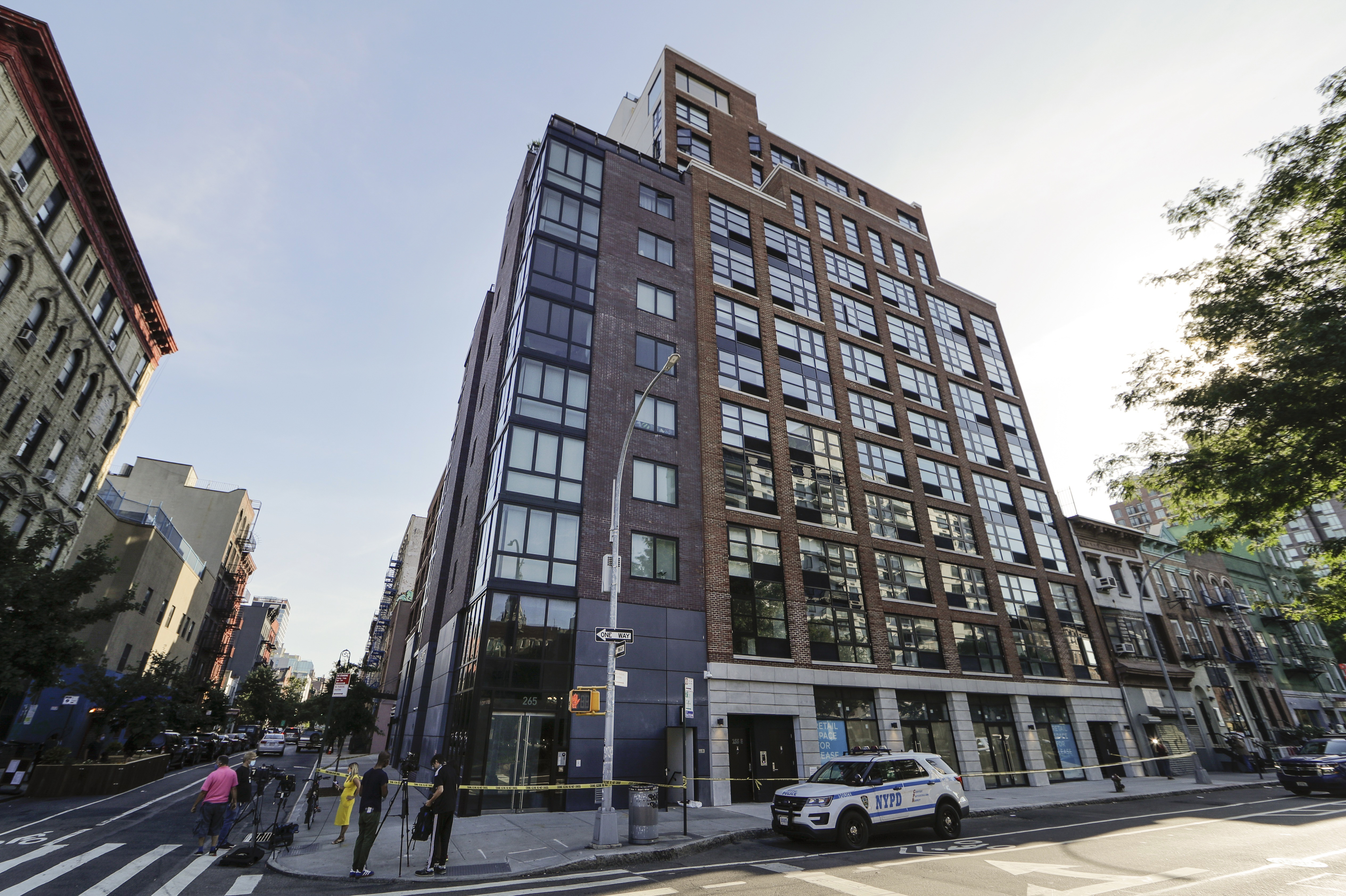 He was dismembered just below the knees, at both shoulders and the neck, according to court papers.

One law enforcement official said it “looked like a professional job.”

The killer escaped through a staircase after Saleh's sister buzzed up to his apartment and entered the elevator.

Saleh was the CEO of Nigeria-based motorbike hailing service Gokada.

"[The killer] clearly knew what he was doing," a source told the Daily News on Wednesday. 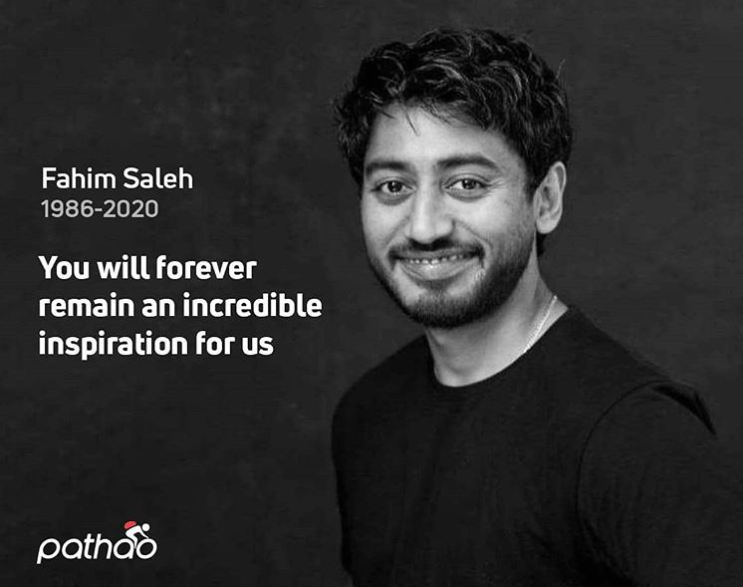 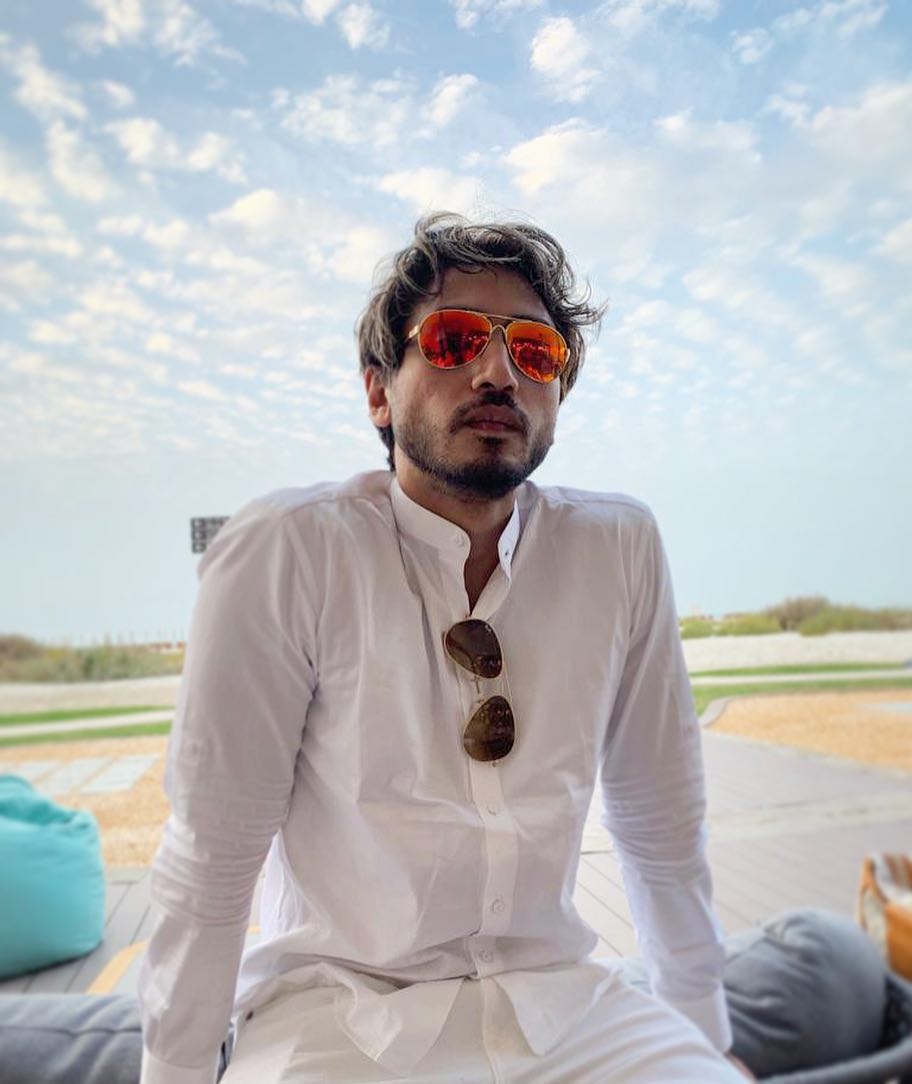 "We think his intent was to get rid of the body parts and go back and clean it up and make it look like nothing happened. He left before he finished the job."

Saleh's LinkedIn biography described him as a self-taught businessman who founded Gokada, building on his experience of first "seeing an opportunity in his parent´s native country of Bangladesh" and starting that country´s largest ride-sharing company.

It's said he also invested in a similar venture in Colombia.

Haspil has been held without bail. 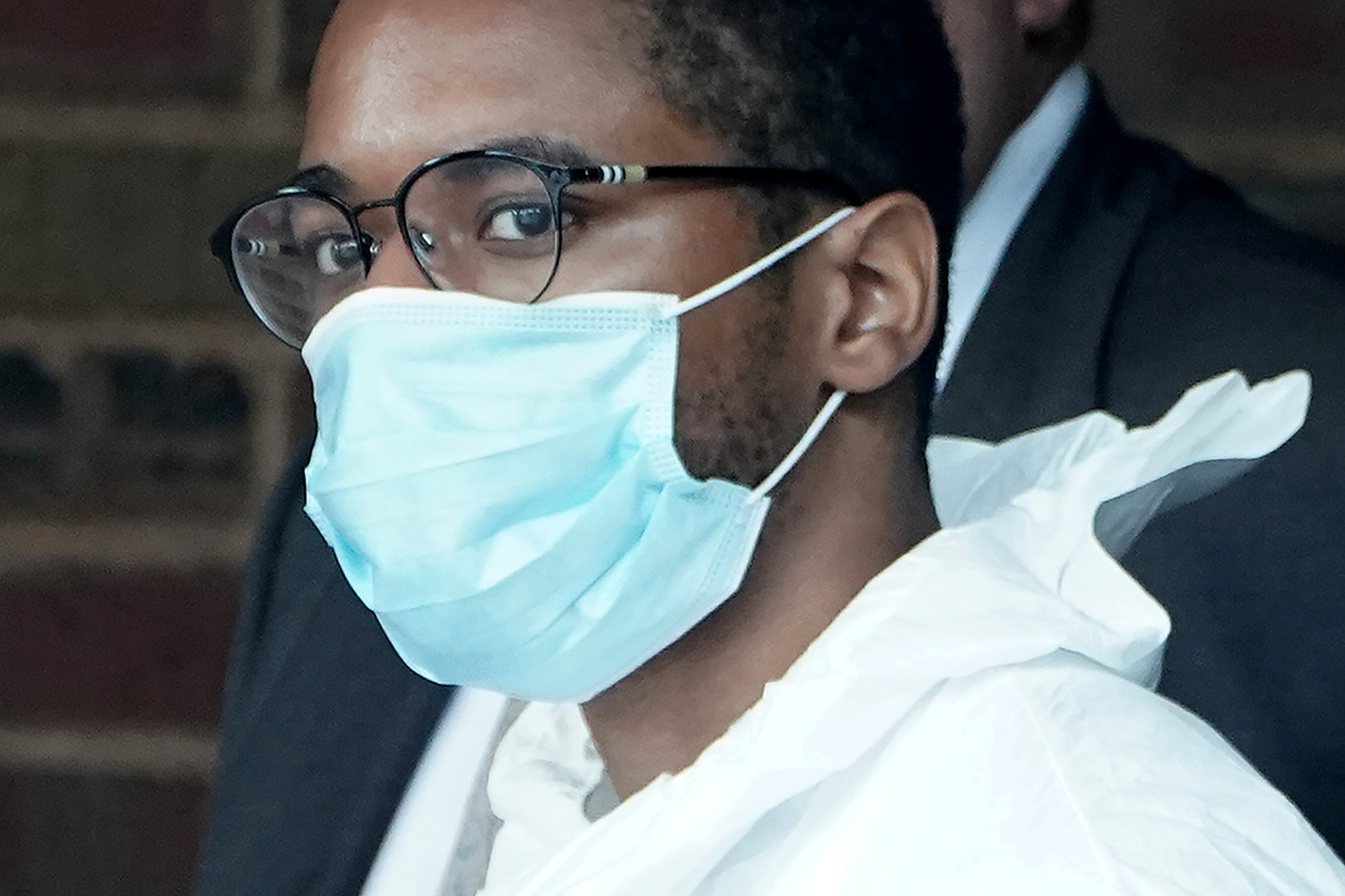 Related posts:
My dad treats me so differently from my brother and sister
Gwyneth Paltrow and Her Lookalike Daughter Apple Pose for Sweet Selfie
Popular News
Dancing On Ice fans 'distracted' by Holly Willoughby's boobs as she puts on busty display in plunging gown
17/01/2021
Man Utd wonderkid Ramon Calliste, called ‘the next Giggs’, now owns luxury watch business and makes £5m a year – The Sun
26/03/2020
Megan Thee Stallion Addresses Criticism Over Twerking: ‘I Love to Shake My A**’
26/03/2020
Police guard shops to stop coronavirus panic-buyers and enforce social distancing – The Sun
26/03/2020
Coronavirus: Good Morning Britain’s Dr Hilary reveals ‘game-changing’ self-testing kit
26/03/2020
Recent Posts
This website uses cookies to improve your user experience and to provide you with advertisements that are relevant to your interests. By continuing to browse the site you are agreeing to our use of cookies.Ok