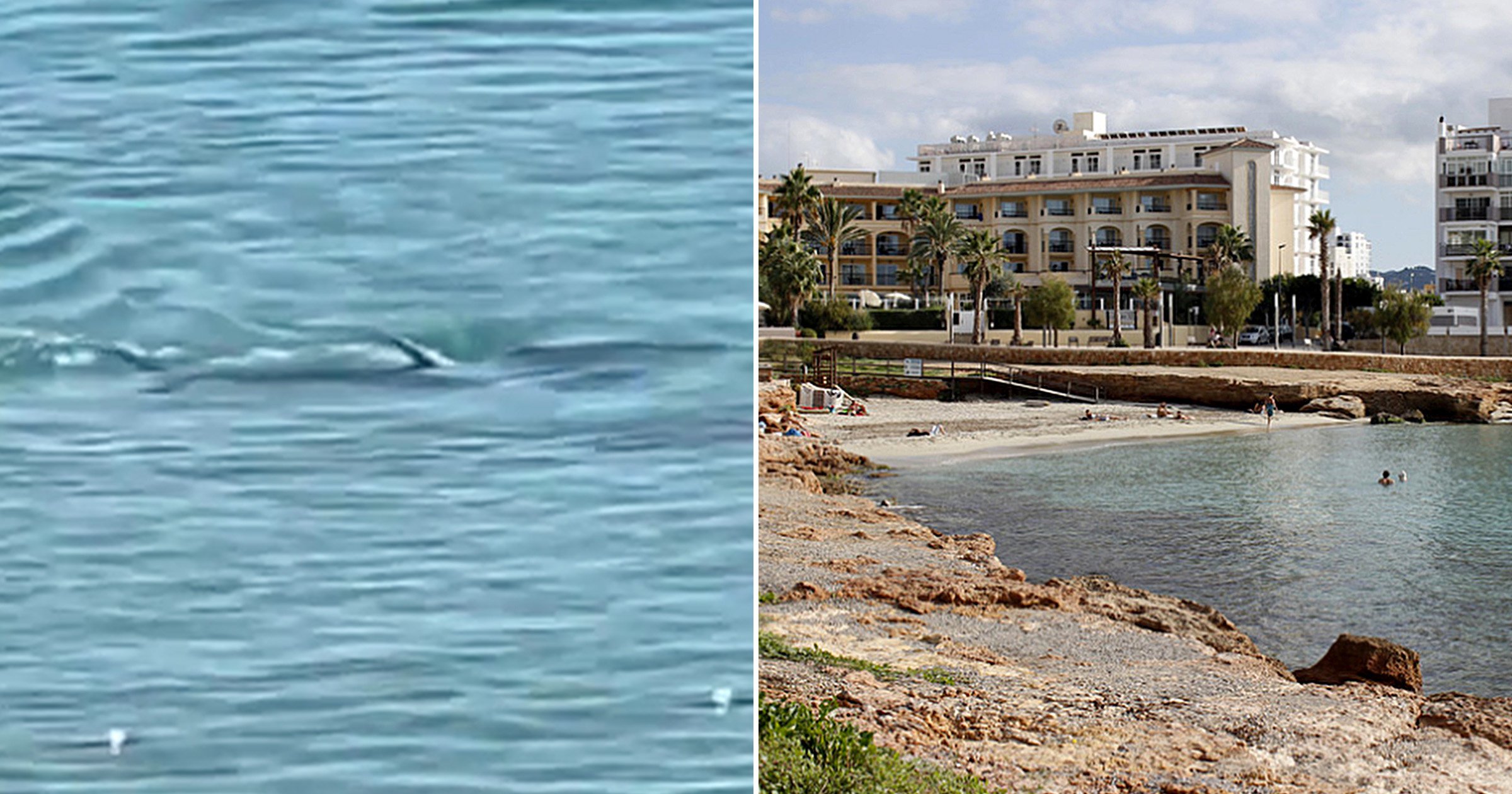 A second shark has been spotted swimming near a popular cove in Ibiza.

Last Monday expats and holidaymakers took video footage of a blue shark next to rocks by Cala des Moro, a cove in the urban area of the party resort of San Antonio.

Yesterday one was filmed in the water off Sa Caleta, a horseshoe-shaped bay lined with fishermen’s sheds and a popular bathing spot with locals on the south-west coast of the island.

Somer Frankland, one of those who saw it, suggested it was a reef shark that may have got stuck on a fishing line because it was swimming round in circles.

It headed back out to sea after coming near to the coastline.

Somer wrote on a residents’ Facebook page yesterday morning morning: ‘There’s a shark swimming around in circles just out from Sa Caleta. Around two metres, looks like a harmless reef shark but it’s movement suggests it’s stuck on a fishing line. He’s just going around and around in the same circle.’

She later said it was nearly seven feet long: ‘He’s moved out a little further now, so I don’t think he’s caught on a rope.’

A Spaniard commenting on her post insisted: ‘There are no reef sharks in Ibiza, only blue sharks, makos and very rarely white ones.’

The near seven foot-long shark filmed last Monday was said to have a head wound. Local police and environmental officials cordoned off the area where it was swimming and took it away in a boat.

Earlier this month lifeguards issued an urgent warning for bathers to get out of the water after a shark circled a beach in Majorca.

They were ordered out of the sea after its fins were seen breaking the surface of the water at Cala Mondrago beach in the south-east of the island.

It was also described at the time as a blue shark.

The same type of shark was blamed for an attack on a holidaymaker in Elche near Alicante in July 2016.

The 40-year-old victim was rushed to hospital and given stitches to a wound in his hand.

First aiders described the bite as ‘large’ and said he had come out of the sea with blood streaming from the injury.

In August 2018 tourists fled the sea in panic after a blue shark, among the most common in Spain, appeared off the packed Majorcan beach of Calas de Majorca on the island’s east coast.

The Med is home to 47 species of sharks.

Reef sharks, of which there are five types, are not considered dangerous. There are no recorded human fatalities from reef shark attack.

In recent years black tip reef sharks have entered the eastern Mediterranean through the Suez Canal.