Washington: Several prominent Republicans said this weekend that US President Donald Trump's legal arguments had run their course, calling on him to concede to Joe Biden or at least allow the presidential transition process to begin.

"The conduct of the president's legal team has been a national embarrassment," former New Jersey governor Chris Christie said Sunday on ABC's This Week.

Christie, a Trump confidant who helped run debate preparations, said the Republican Party needed to focus on trying to win Georgia's two runoff elections January 5 to secure the Senate majority, rather than continuing with the unsuccessful legal challenges of the election results. 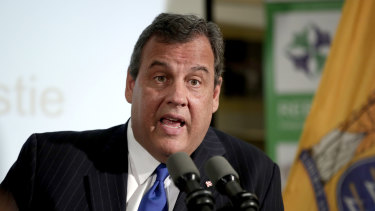 "The rearview mirror should be ripped off," Christie said.

Late Saturday night, after a federal judge threw out Trump's legal attempt to invalidate all of Pennsylvania's votes, Senator Patrick Toomey, congratulated Biden and vice president-elect Kamala Harris on their victory and encouraged the president to accept that result.

"President Trump has exhausted all plausible legal options to challenge the result of the presidential race in Pennsylvania," Toomey said in a statement, noting that he ushered that judge, Matthew W. Brann, onto the federal bench as a "longtime conservative Republican."

"I congratulate President-elect Biden and Vice President-elect Kamala Harris on their victory. They are both dedicated public servants and I will be praying for them and for our country," Toomey said.

Senate Republicans have by and large avoided commenting on Trump's actions, with more than 40 not responding to a request for comment Thursday and Friday about the president's effort to have Michigan legislators reject the clear Biden victory there of more than 150,000 votes.

Republicans are aware that any perceived lack of loyalty to the president could prompt him to attack the defectors – just as Trump did Saturday night when he called Judge Brann a "product of Senator Pat 'No Tarriffs' Toomey".

"No friend of mine," Trump tweeted.

Yet, even Trump backers who support pushing ahead with legal challenges said that Biden is likely to win and that the General Services Administration should allow the Democratic transition team access to the top briefings so they can hit the ground running on January 20.

"I just think that you have to begin that process, give the incoming administration all the time they need," Senator Kevin Cramer, said Sunday on NBC's Meet the Press.

Cramer said that transition process should have begun at least a week ago, but said that Trump's legal team could keep pressing their cases in the states and present actual evidence of electoral fraud.

This is, Cramer said, "just a simple legal process."

Christie, however, said that Trump's lawyers have only made their fantastic allegations at news conferences or other media appearances. "They don't do it in the courtroom," the 2016 Republican presidential candidate said, suggesting they are fearful of making such baseless arguments under oath before federal judges.

"It must mean the evidence doesn't exist," Christie said.

Related posts:
Spoilers: Mick falls under child abuser Katy's spell in EastEnders
Cuomo calls secret Hasidic wedding in Brooklyn ‘blatant disregard of law’
Popular News
Alyssa Milano's Hairstylist Reveals How He Managed Her COVID-Related Hair Loss
26/11/2020
Man Utd wonderkid Ramon Calliste, called ‘the next Giggs’, now owns luxury watch business and makes £5m a year – The Sun
26/03/2020
Megan Thee Stallion Addresses Criticism Over Twerking: ‘I Love to Shake My A**’
26/03/2020
Police guard shops to stop coronavirus panic-buyers and enforce social distancing – The Sun
26/03/2020
Coronavirus: Good Morning Britain’s Dr Hilary reveals ‘game-changing’ self-testing kit
26/03/2020
Recent Posts
This website uses cookies to improve your user experience and to provide you with advertisements that are relevant to your interests. By continuing to browse the site you are agreeing to our use of cookies.Ok