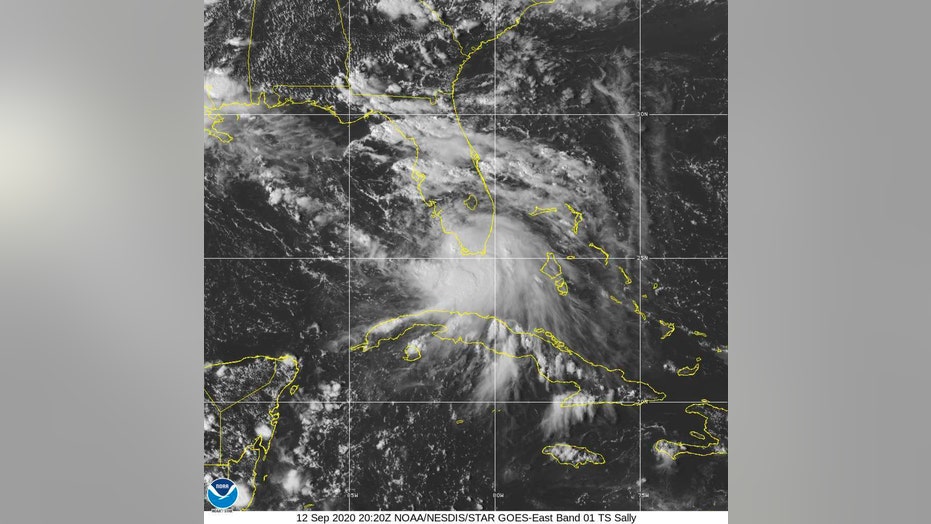 A hurricane warning for Sally was issued Sunday morning from Grand Isle, La., to Ocean Springs, Miss., and included metropolitan New Orleans. A storm surge warning and a tropical storm warning also were in effect for parts of the Gulf Coast.

“Life threatening storm surge is possible along the Gulf Coast beginning on Monday, and a Storm Surge watch is in effect for areas outside the southeast Louisiana Hurricane and Storm Damage Risk Reduction System from the Mouth of the Mississippi River to the Alabama/Florida border,” the National Weather Service said in a statement released Saturday.

HURRICANE SEASON PEAK: HERE'S WHY SEPT. 10 IS DAY MOST LIKELY TO HAVE A TROPICAL STORM 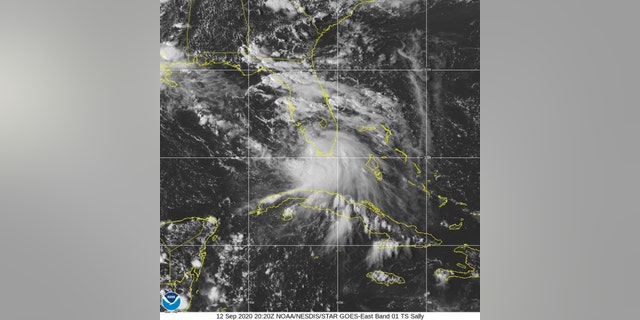 “Make sure that you do what is necessary to prepare for Tropical Storm #Sally,” he tweeted Sunday.

Officials in the New Orleans area issued a mandatory evacuation order for areas outside of levee protection.

TIPS FOR USING A GENERATOR SAFELY DURING A HURRICANE

The storm was about 115 miles west of Port Charlotte, Fla., and 345 miles east-southeast of the mouth of the Mississippi River, according to an advisory issued by the National Hurricane Center at 5:00 a.m. ET Sunday. “Air Force Reserve Hurricane Hunter aircraft indicate that maximum sustained winds have increased to near 50 mph (85 km/h) with higher gusts,” it said. “Tropical-storm-force winds extend outward up to 90 miles (150 km) from the center.”

Storm surge from Sally was forecast to reach dangerous levels, due in part to the tide. Up to 11 feet of water was predicted from the mouth of the Mississippi River to Ocean Springs, Miss., including Lake Borgne.

HURRICANE LAURA 'COMPLETELY REVERSED' TEXAS RIVER FOR 'ABOUT 12 HOURS' WHEN IT MADE LANDFALL, OFFICIALS SAY

Other weather systems are also being closely monitored. Hurricane Paulette is moving closer to Bermuda, the National Hurricane Center said early Sunday while tropical depression Rene, which was once a tropical storm, will become a remnant low on Monday.

Tropical Depression Twenty is expected to gradually strengthen over the next several days.

The Associated Press contributed to this article.

Related posts:
2 California sheriff’s deputies shot in apparent ambush on patrol car
Grace Kelly FINAL interview weeks before her death – ‘I didn’t like being a movie star’
Popular News
Starving rats attacking PETS after struggling to find enough food outside restaurants due to lockdowns
27/09/2020
Man Utd wonderkid Ramon Calliste, called ‘the next Giggs’, now owns luxury watch business and makes £5m a year – The Sun
26/03/2020
Megan Thee Stallion Addresses Criticism Over Twerking: ‘I Love to Shake My A**’
26/03/2020
Police guard shops to stop coronavirus panic-buyers and enforce social distancing – The Sun
26/03/2020
Coronavirus: Good Morning Britain’s Dr Hilary reveals ‘game-changing’ self-testing kit
26/03/2020
Recent Posts
This website uses cookies to improve your user experience and to provide you with advertisements that are relevant to your interests. By continuing to browse the site you are agreeing to our use of cookies.Ok