MILLIONS across the Gulf Coast are under twister and flash flooding warnings after at least five tornados touched down in northern Texas on Friday.

There were over 50 reports of severe weather in Texas with the same storm system expected to bring further heavy rain and tornados throughout Saturday. 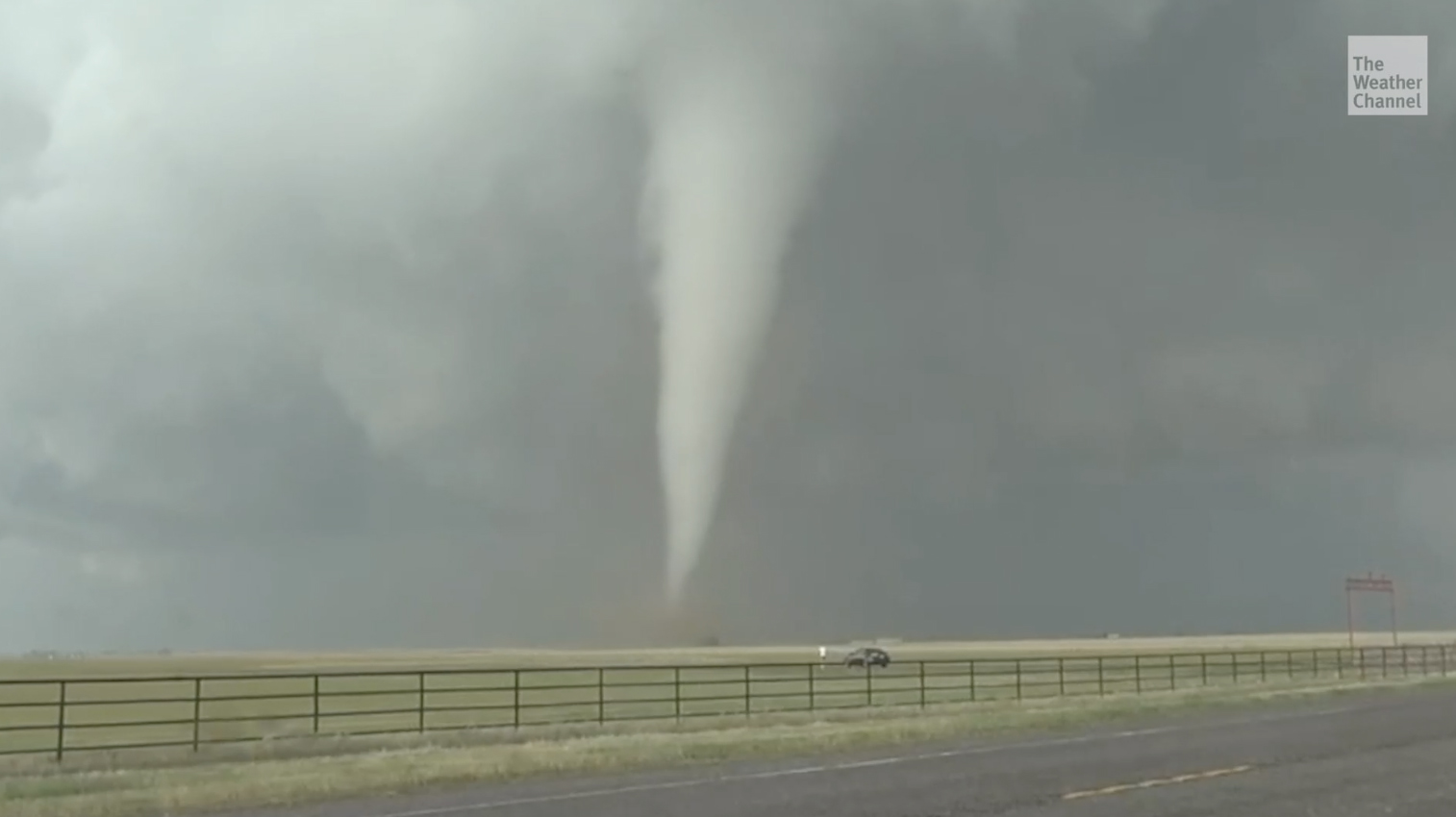 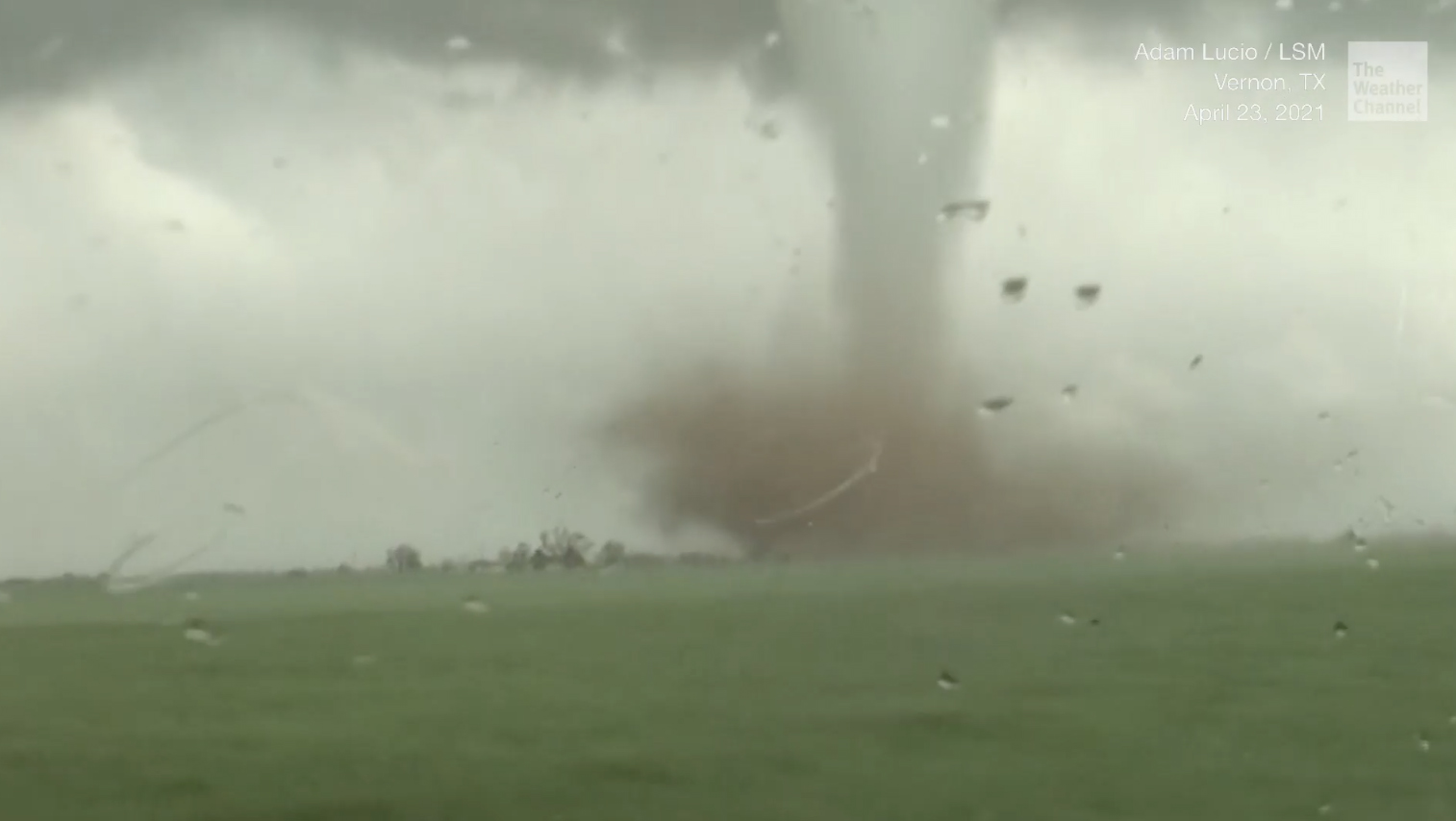 A tornado watch was put into effect through parts of Louisiana and Florida, but the threat also remained high in southern Georgia and southern Alabama, according to ABC News.

Damaging winds and large hail are also expected to sweep across the region with the National Weather Service (NWS) saying to expect hail as large as baseballs, Alabama.com reports.

Golf-ball-sized hail was reported in Georgia with a roof damaged by the hall in Miller County on Saturday morning. 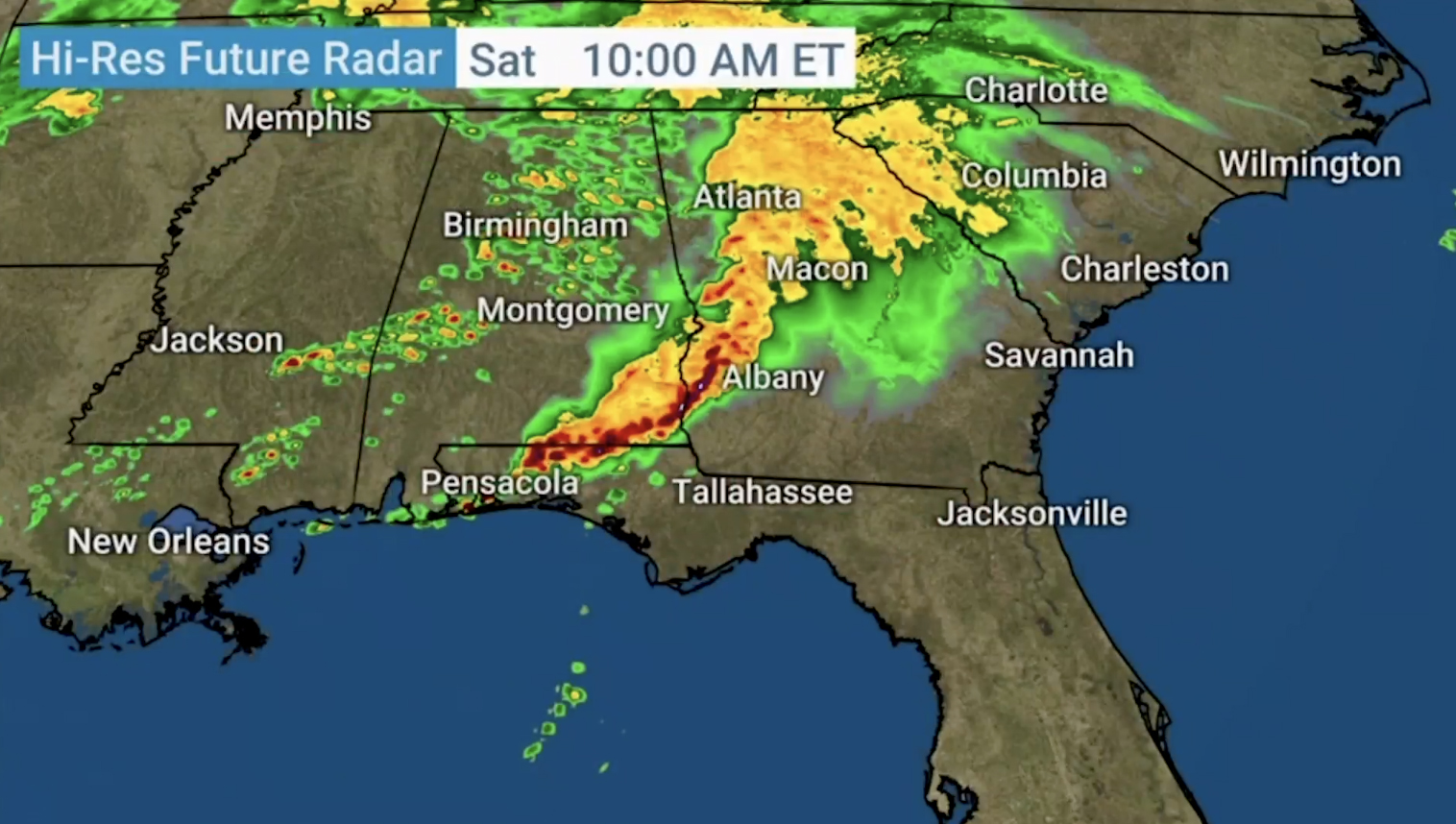 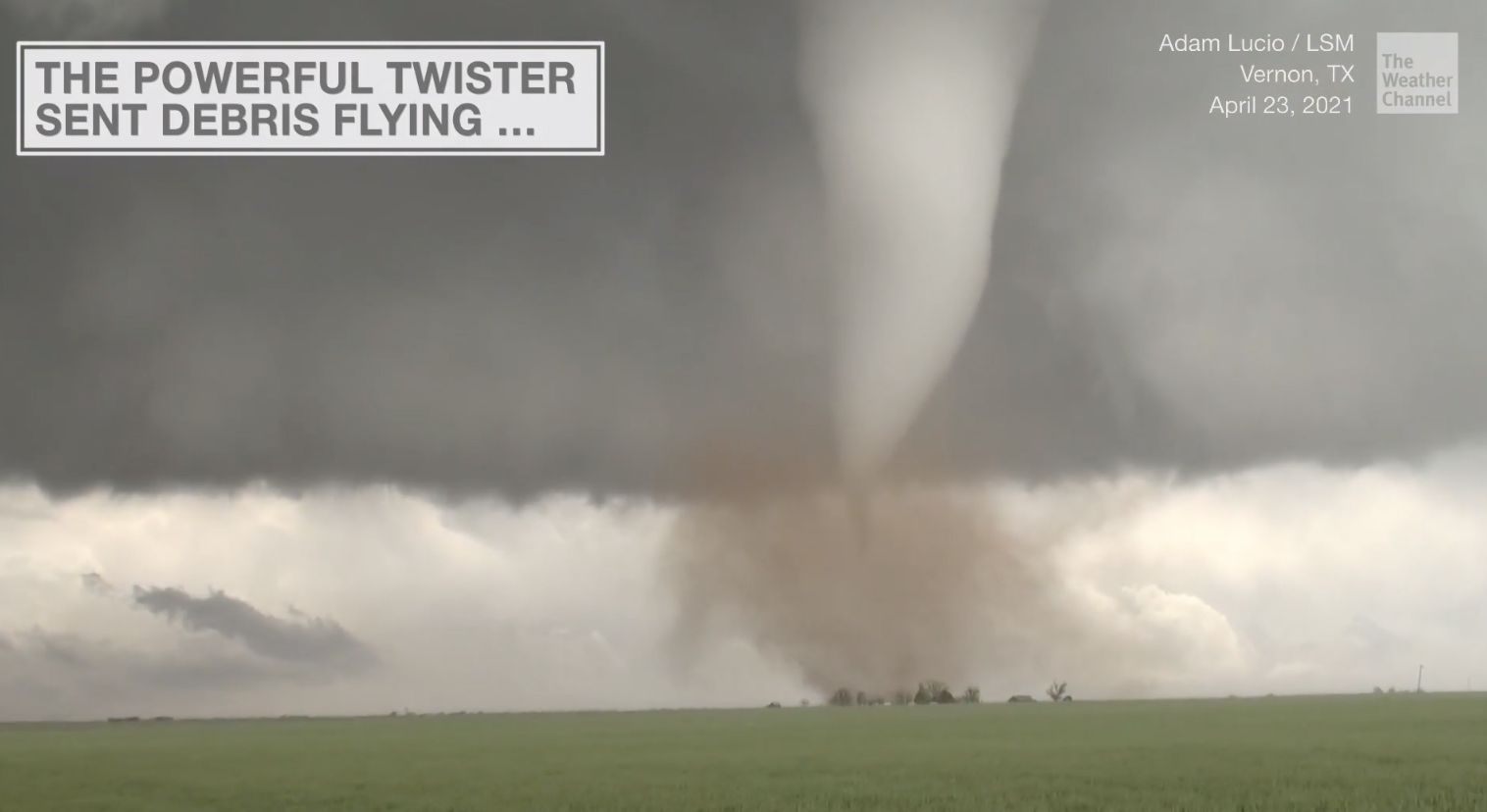 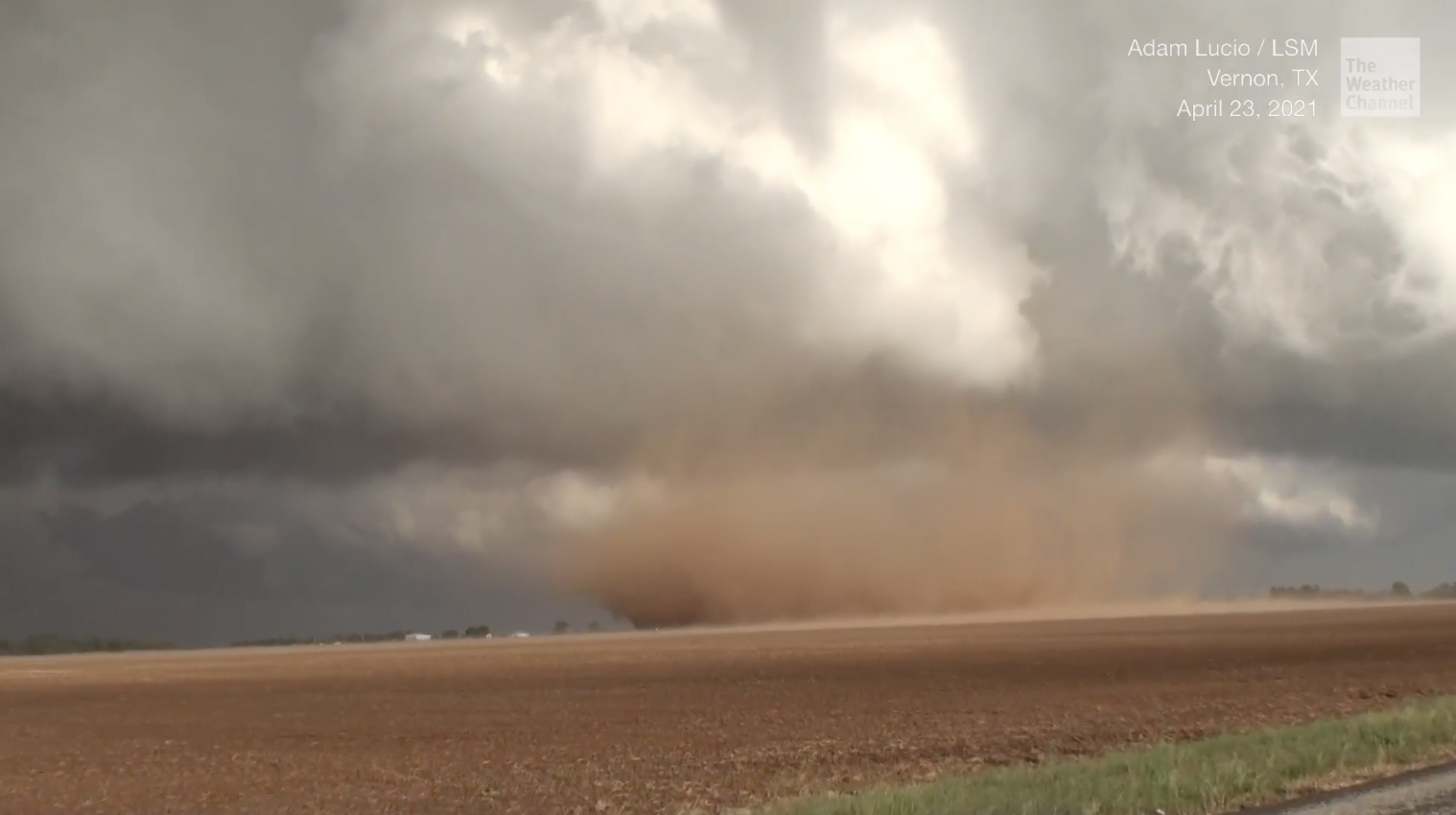 The slow-moving storm could bring with it heavy rainfall.

A flashflood watch is in place from eastern Texas to southern Georgia.

The NWS says to expect four inches of rain in southern Georgia and southern Mississippi also.

It will remain in effect until 9pm CT. 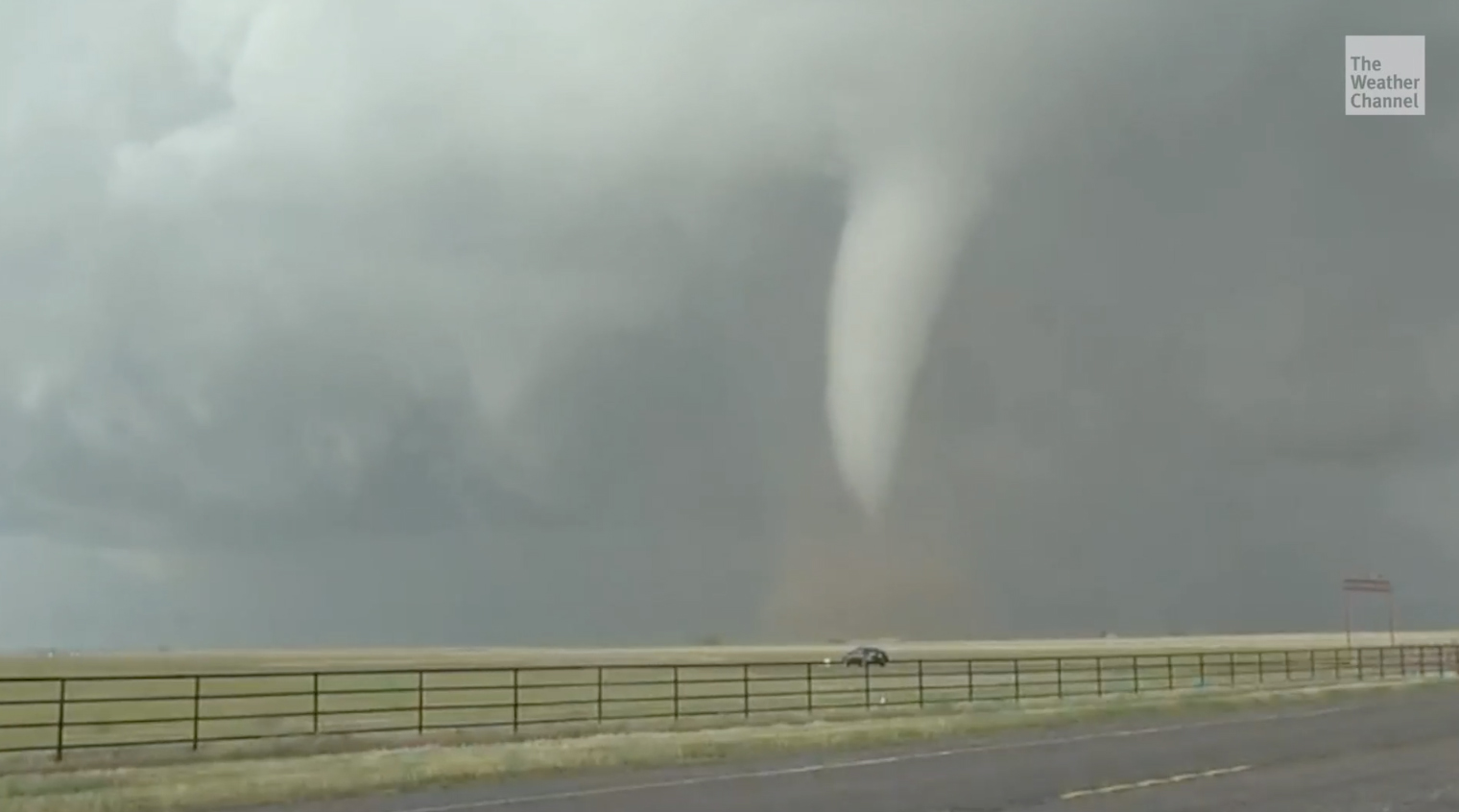 It comes as at least five tornadoes hit northern Texas on Friday night.

The NWS had issued a warning between 4pm and 8pm CT.

Video footage from storm chasers showed one of the tornadoes as it touched down near Vernon, Texas.

The tornado swept across farmland at the Oklahoma border.

It is not clear how much damage the tornado caused.

A second tornado hit Vernon and another touched ground in Quanah.

No tornadoes have yet been reported in other states but damaging wind gusts, and trees and power lines were downed in parts of southwest Alabama.

There have been reports of damaging wind in South Georgia and the western Florida Panhandle, according to WCTV.

ABC reports that the next severe weather system is already on its way to the region after this tornado threat clears.

A new storm is brewing in the western US which could bring unsettled weather into the southern and central plains by Tuesday.

The severity of this storm is not yet known.

Once this weather system moves into the eastern US, it will bring summer-like weather and temperature highs in the 80s.