THE top deck of a bus was destroyed when the driver tried to take it under a bridge that was too low for it.

The Stagecoach double decker was left lodged in the wrecked bridge after the smash. 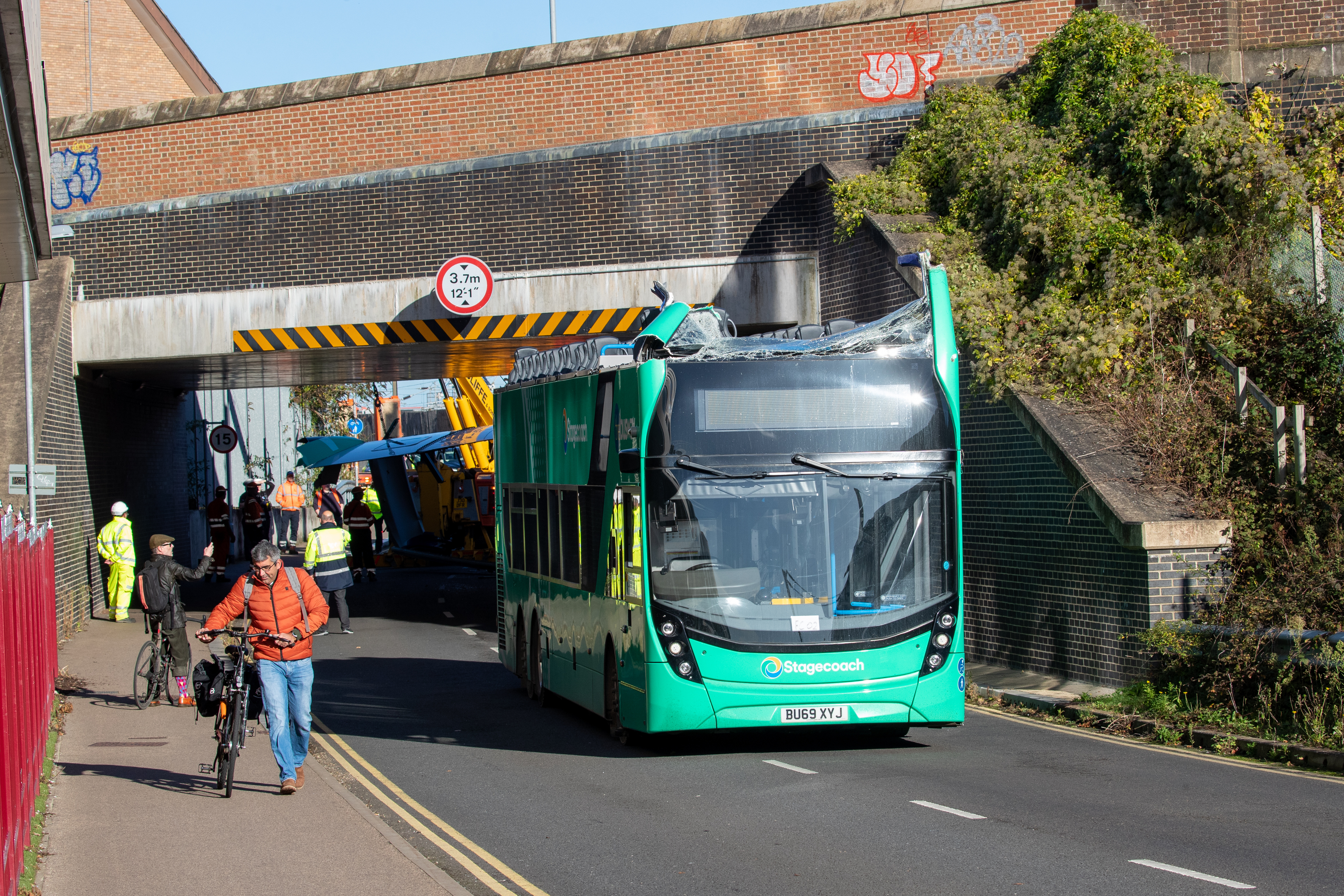 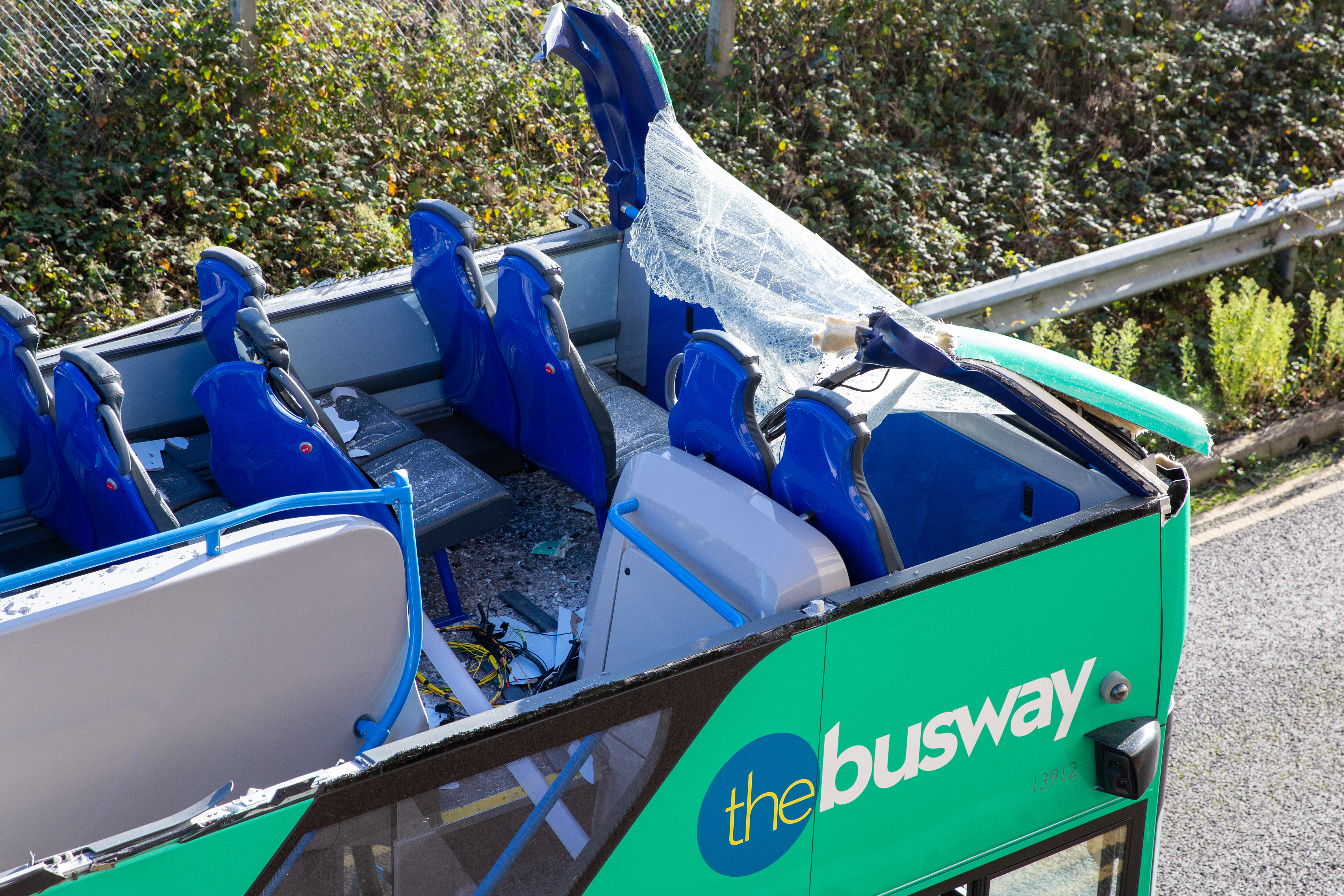 Its crushed top deck had to be cut away so it could be freed.

The driver and the one passenger on board were treated by paramedics at the scene but were not seriously injured.

The road was closed for hours while police were at the scene.

The wrecked bus was later recovered from under the 12ft bridge near the railway station in Cambridge.

A spokesperson for Stagecoach said it was assisting police with their investigation. 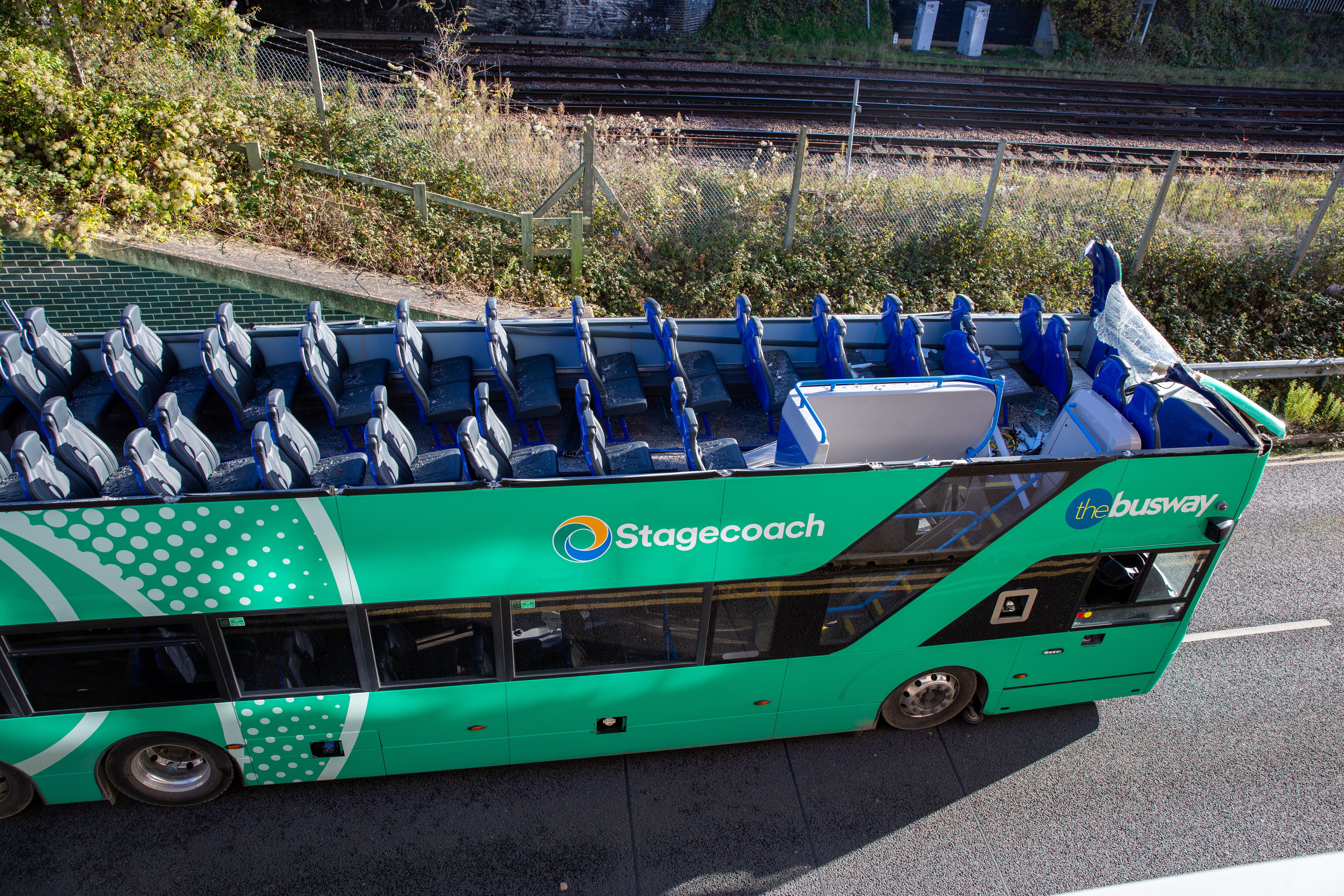 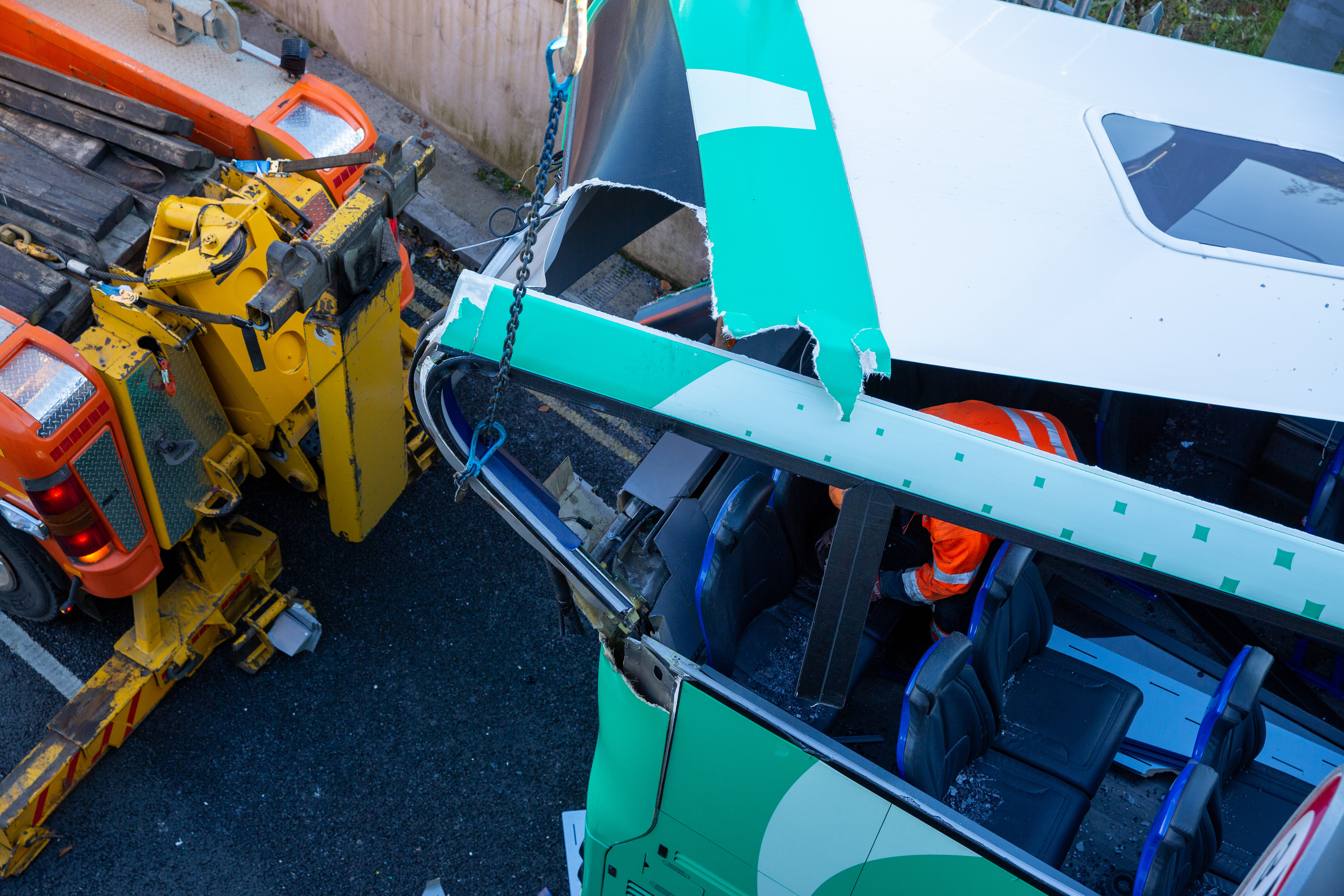 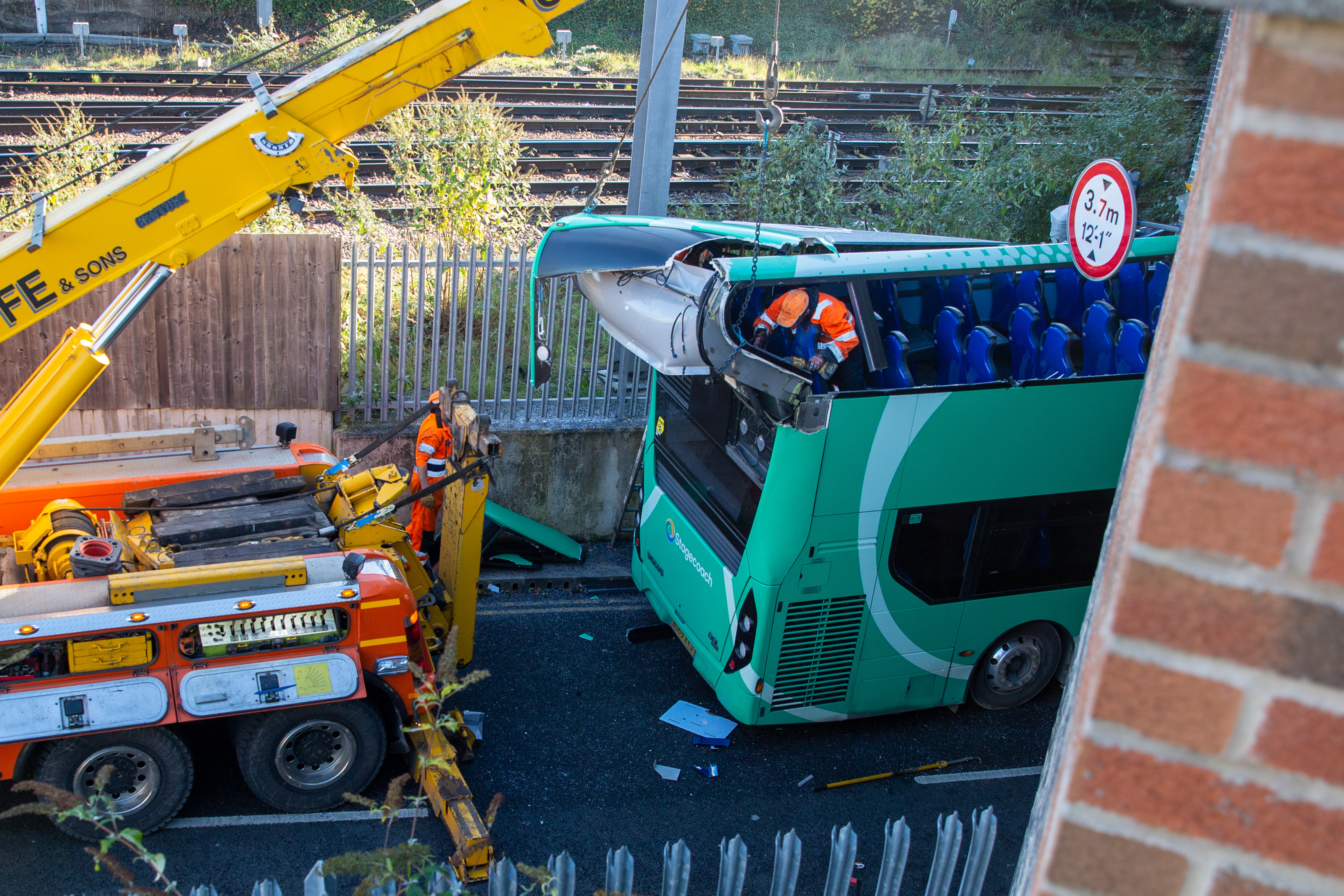