Family’s fury as thug is released from jail just seven months after attack that left Good Samaritan, 50, brain damaged and unable to walk or talk 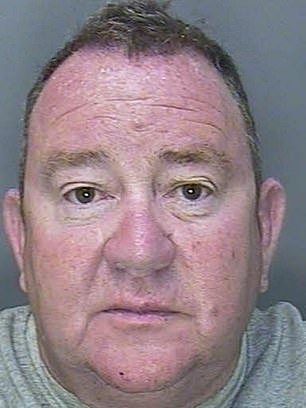 A thug who attacked a Good Samaritan leaving him unable to walk or talk has been released from jail – after just seven months.

The family of Jason Gunn, 50, said they were furious that Steven King was already free after he robbed the much-loved grandfather of his future.

The aviation inspector left Mr Gunn permanently disabled after punching him once after a boozy night out together.

The victim fell backwards and hit his head on the pavement – causing major brain damage that he will never recover from.

King, 57, of Nuneaton, who walked away and gave no medical help, was given two years at Truro Crown Court in March having pleaded guilty to unlawful wounding.

And last week the victim’s ‘disgusted’ family were told that he was already back on the street in time to spend Christmas with his family.

Mr Gunn, a popular family man who was living in Looe, Cornwall, at the time of the attack, had been on a night out with his partner along with the defendant and his wife Wendy.

The court heard King and his wife Wendy began arguing over a long wait for a taxi when the row became physical and Mrs King ended up on the floor.

Mr Gunn rushed to Wendy’s aid when he was punched.

He spent several weeks in a coma and was not expected to survive – but miraculously he started to show signs of life the day after doctors had agreed to turn off his machines. 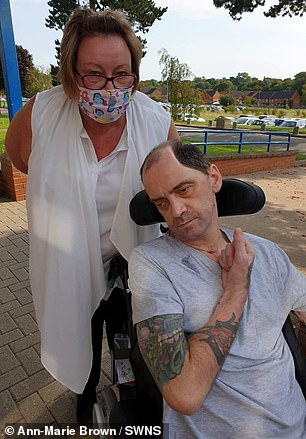 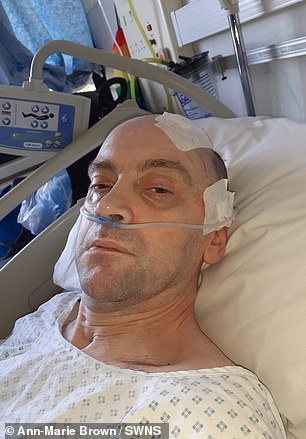 Jaason Gunn’s family were told he would not survive the attack and he spent several weeks in a coma before miraculously showing signs of life just a day after doctors discussed turning off life support. Pictured: Jason in hospital (right) and with his sister Ann-Marie Brown (left)

Despite the progress, he has still been left mentally and physically disabled with no prospect of ever recovering.

His family say they were already angry at the ‘lenient’ two year sentence given but said this has been compounded after learning he had already been released.

Sister Ann-Marie Brown, 54, Barwell, Leicestershire, said: ‘It is absolutely disgusting. He took my brother’s life and he will never have a normal life again.

‘Then seven and a half months later he walks free. How is that fair? It just doesn’t make any sense.

‘He has not had a Christmas without his family. My brother is now approaching the second where we can not have him at home.

‘He can not even go to the toilet, wash himself or get out of bed. He’s got a life prison sentence and will always need someone to look after him.

‘In my eyes nothing will be long enough for taking my brother’s life. But to serve such a short sentence and be out already – that is just ridiculous. My brother’s life is not even worth more than seven months.’

Mrs Brown said her brother had gone for a drink and a meal with King and his wife who started arguing over an hour and a half wait for a taxi. 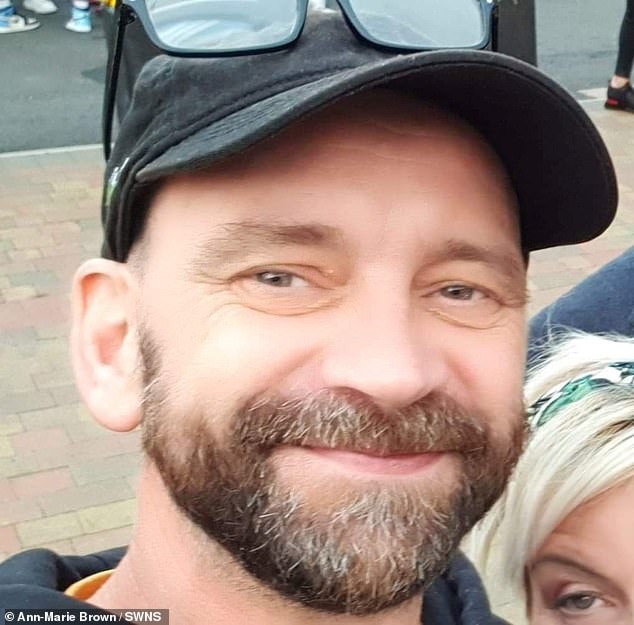 Pictured: 50-year-old Jason Gunn before the attack which left him with permanent brain injury

King then punched Mr Gunn which caused him to fall back and hit his head on the curb.

Jason’s life was initially saved by an off-duty firefighter and he was rushed to Derriford Hospital and placed in a coma.

Mrs Brown added: ‘We thought he had lost him. He had a fractured skull and bleed and swelling on the brain.

‘My dad was told to get ready to go down as he was not going to make it. We thought we were going to lose him that night.’

Medical staff even told the family they were going to switch off the machines keeping him alive – just one day before he opened his eyes and started wriggling his fingers and toes.

‘The first time we saw him he had half his skull missing and his brain was protruding outside of his head. He had stopped eating and talking and had to be fed through his stomach.’ 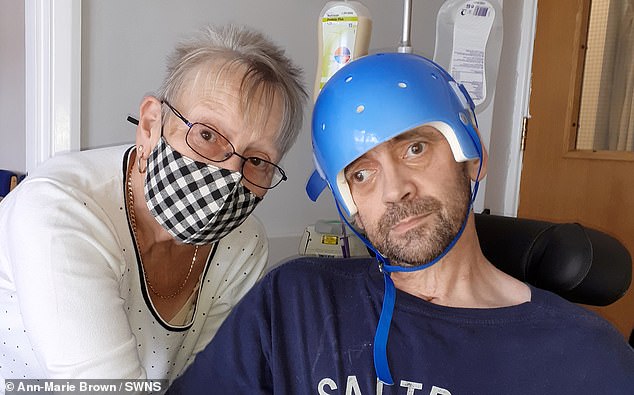 Pictured: Jason is currently living at Woodrow House, a rehabilitation facility in Leicester

Jason was then transferred to Leicester General Hospital on 21 August and then to Woodrow House for rehab where he remains.

Mrs Brown added: ‘They have worked miracles with him. He will never be the same person and will always be brain damaged.

‘Things have come so far. He will always be physically and mentally disabled, and he has had other moments when we thought we had lost him.

‘We celebrated his 50th birthday on Friday – if you can call it celebrating – it is not how we wanted to mark the occasion.’

Mrs Brown said she wanted reforms in the justice system to bring in tougher sentences.

She added: ‘We could not go to the trial as it was behind closed doors due to Covid. We were supposed to be able to see it live from the police station but could not connect. 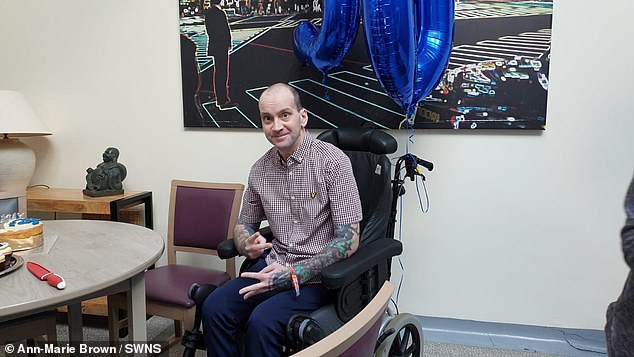 Life sentence: Jason’s family say he can not go to the toilet, wash or get out of bed and that he is serving a life sentence after the attack and ‘will always need someone to look after him’

‘We were expecting him to get three to five years but the judge was diabolically lenient and he got just two years.

‘He was sent down on March 27 and has done seven and a half months and came out last Wednesday.

‘It was made worse that we could not attend court and we did not get the chance to get across what Jason was, how much he was loved and was such a popular bloke.

‘I just think the justice system stinks. You don’t realise how bad it is until you are in it. Things need to change – not just for Jason but everyone who is in a situation like this.

‘Jason was hard-working, fun-loving, outgoing, just a genuinely nice bloke who everyone loved.

‘He moved to Looe three years ago and had loads of friends and was making a life there. It was taken away for him in that one moment.’

During sentencing Judge Simon Carr told the court no matter how catastrophic the injuries, he was bound by the sentencing guidelines.