AN arson attack on a block of council flats in the Czech Republic has left 11 people dead including three children.

The killer blaze ripped through the 11th floor of a 13-storey building in the town of Bohumin late on Saturday afternoon. 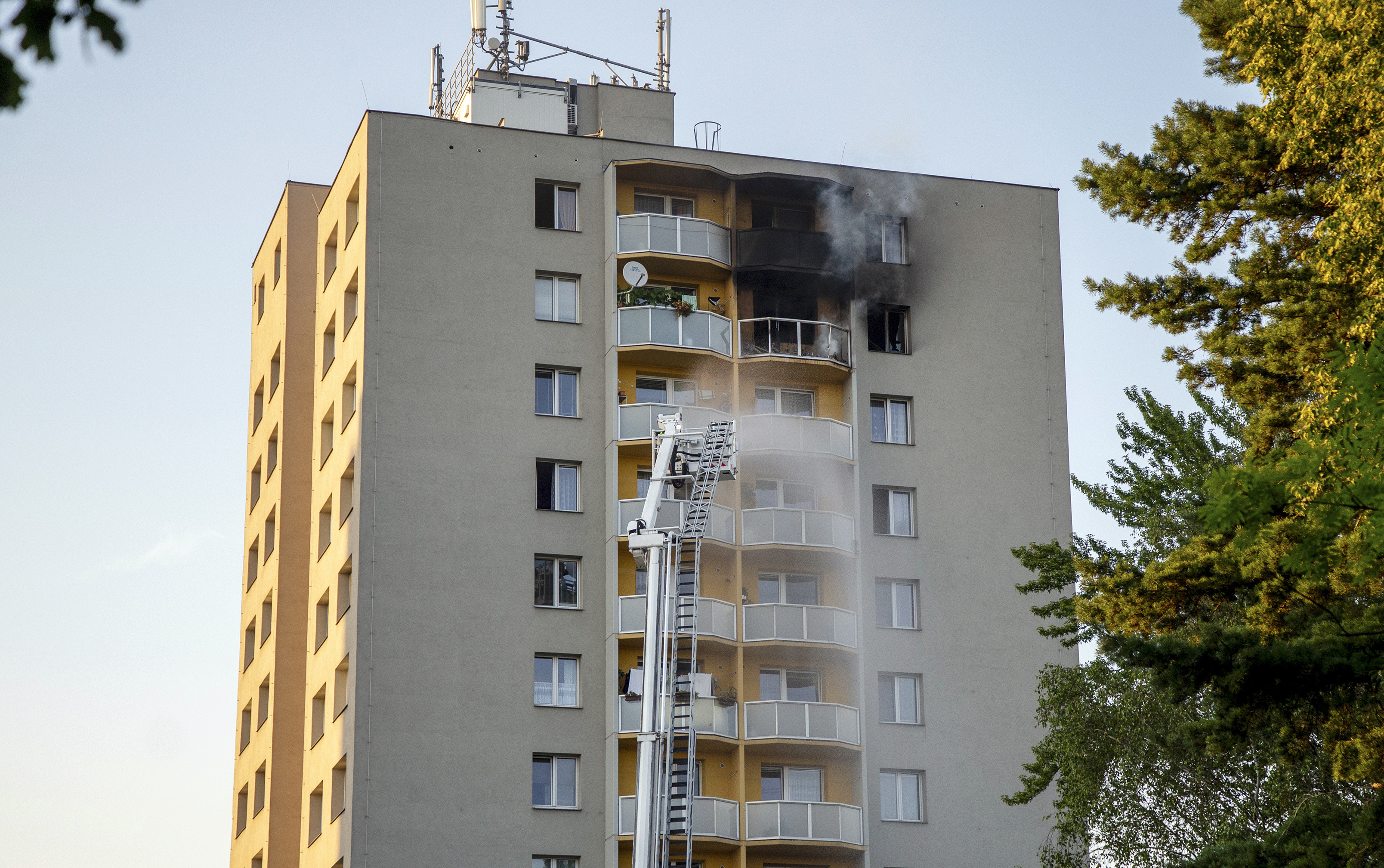 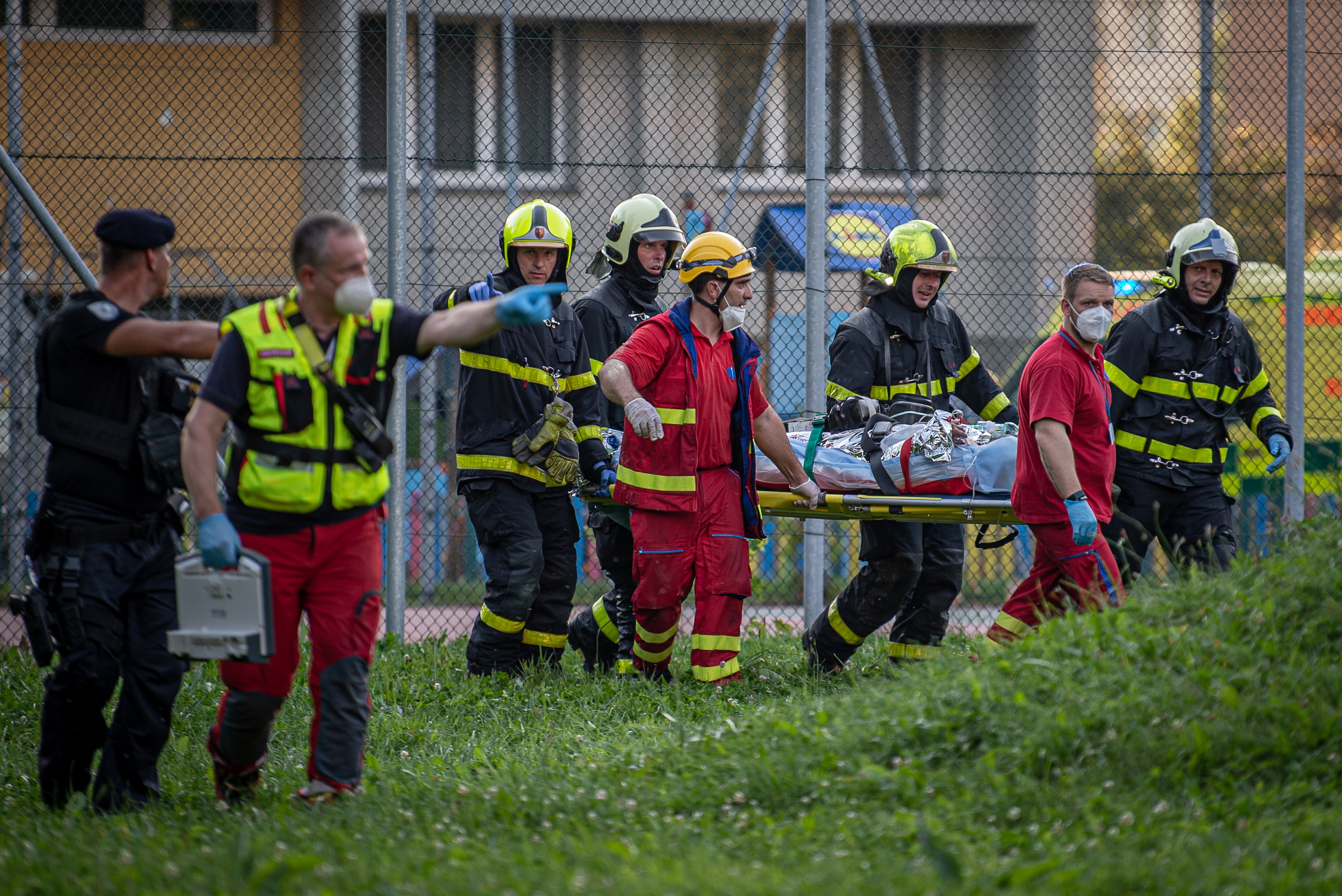 Six people died in the fire and a further five were killed after jumping from a balcony in a desperate bid to escape the flames.

According to Interior Minister Jan Hamáček, local police are working on the theory the fire was started intentionally.

One man was detained by cops at the scene after apparently calmly admitting he had started the blaze.

Hamacek said the tragedy appeared to have been sparked following a "long-running" dispute between neighbours.

Police refused to confirm the reports but did reveal that one person was now in custody.

"We have detained one person … I think we are good when it comes to the culprit,"spokesman Tomas Kuzel told Czech news crews. 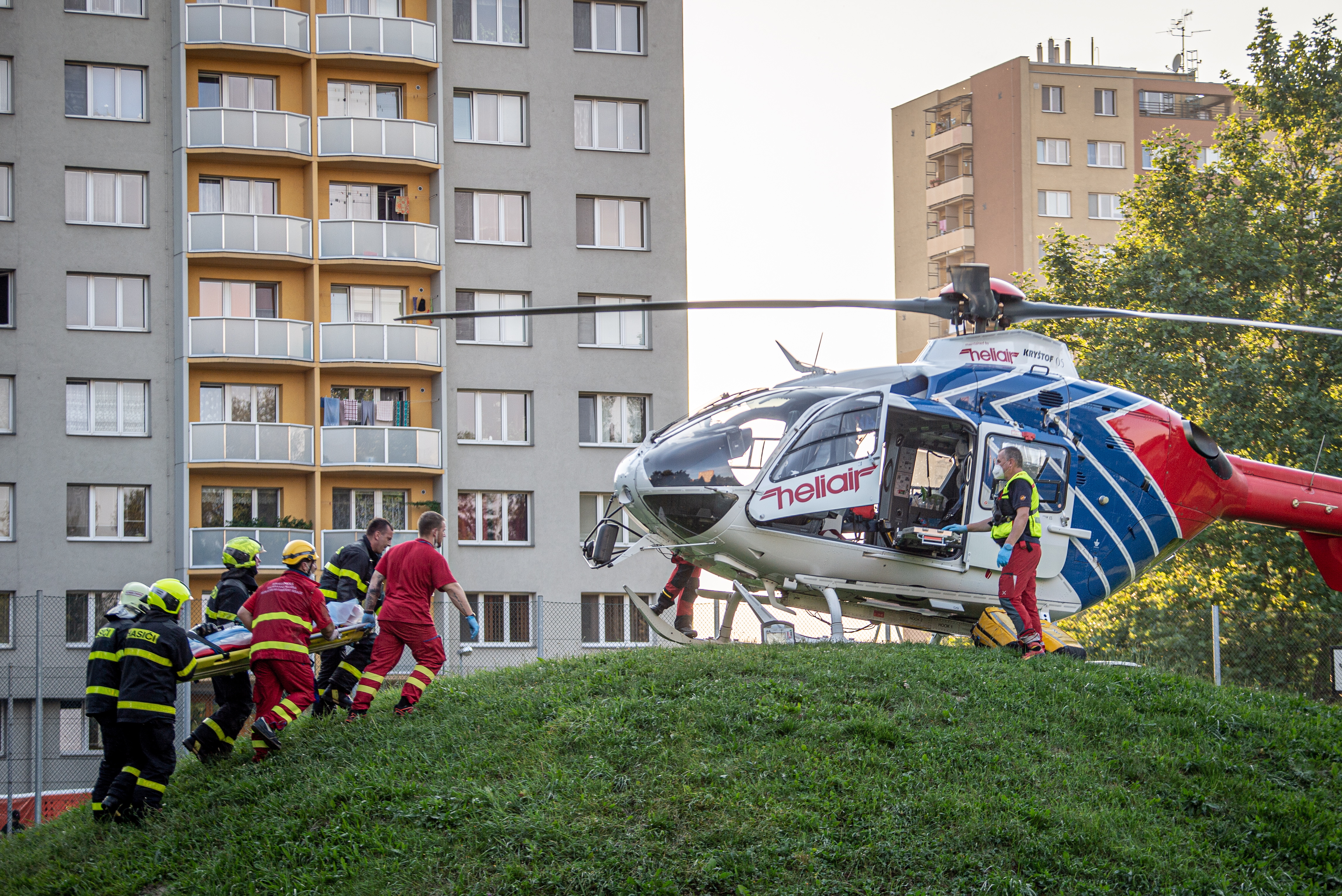 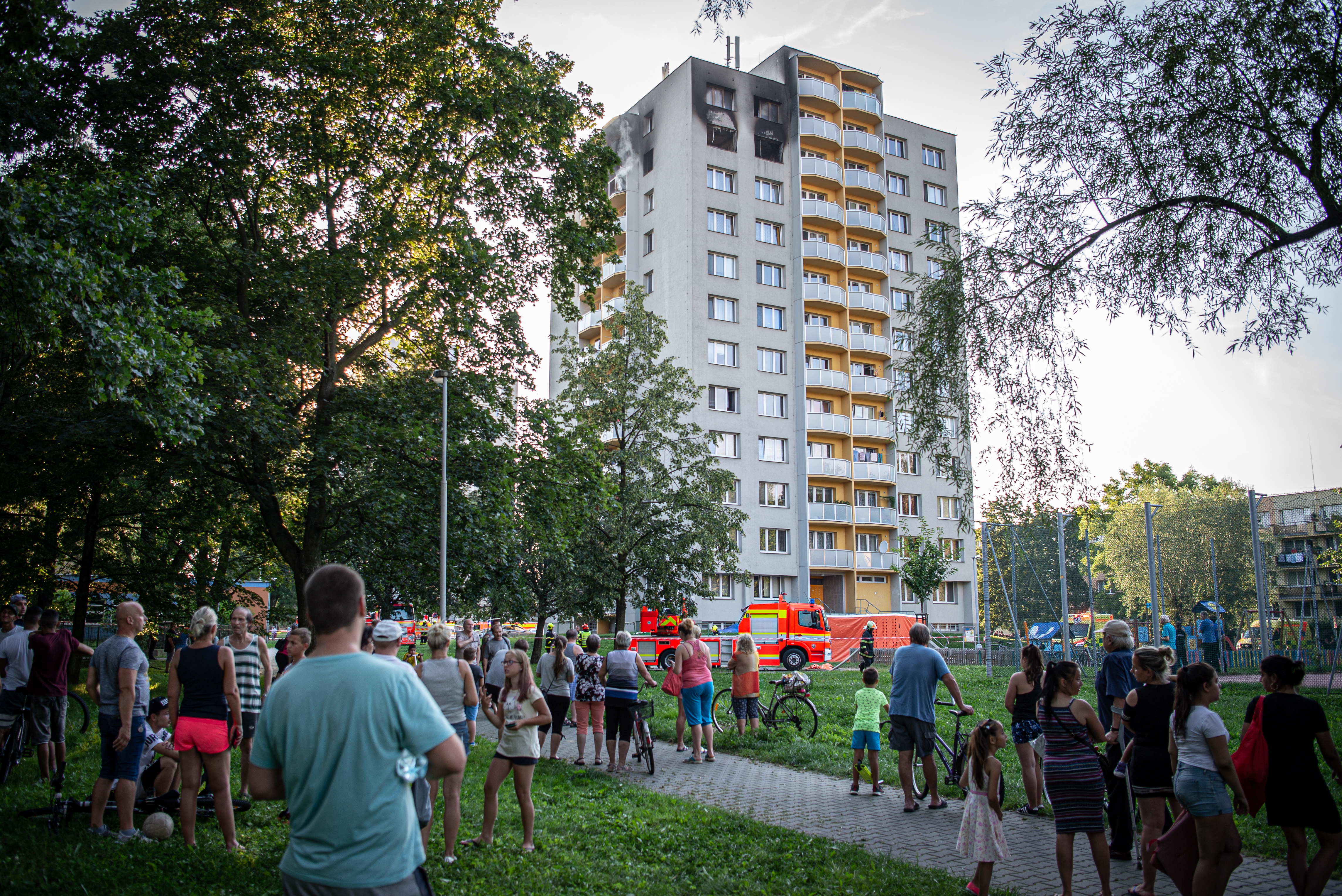 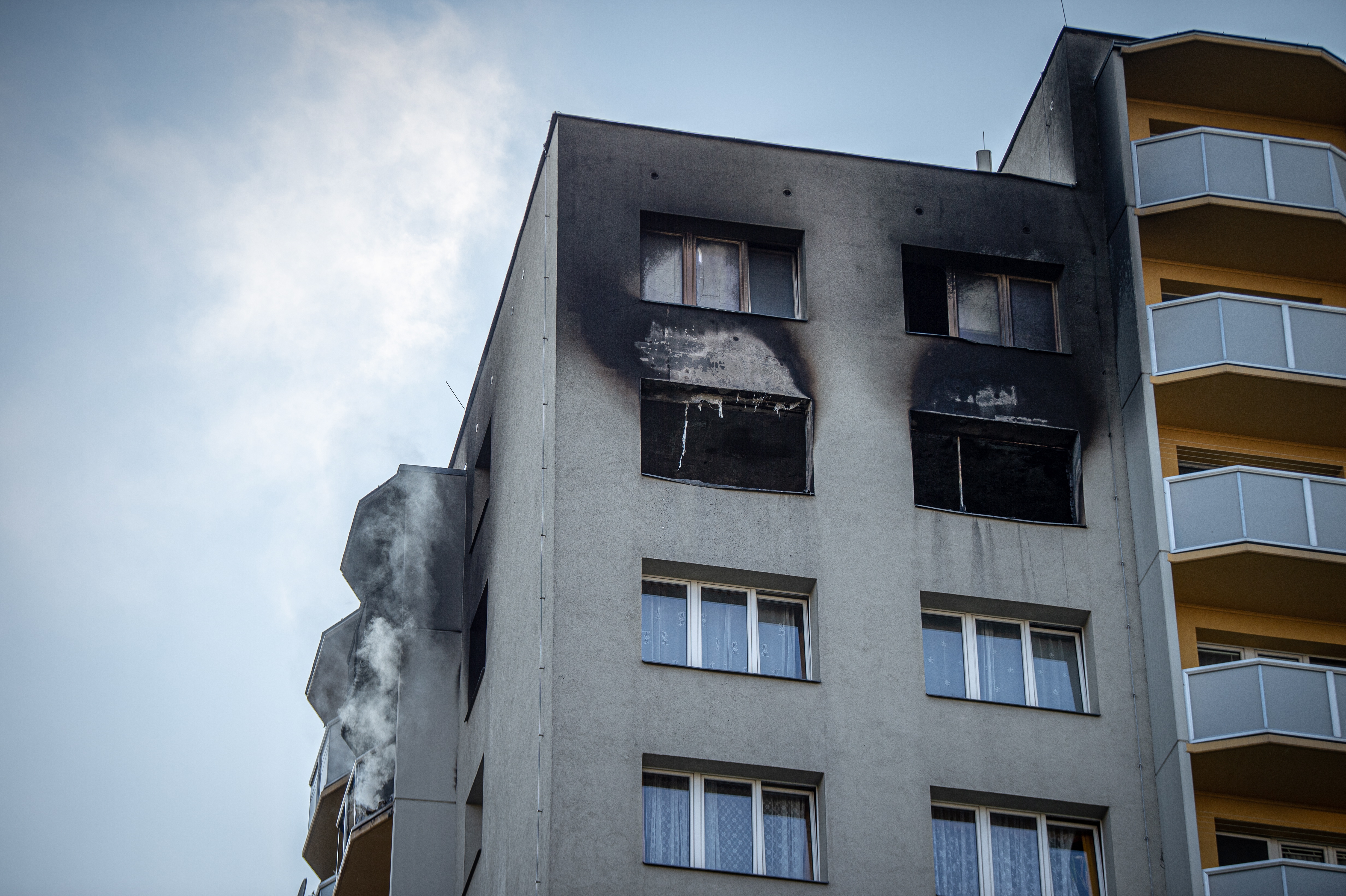 "The fire was very quick to develop, which is not normal," he revealed.

"A fire like that typically affects one room, but this one hit the entire flat, all the rooms are burnt down."

Lukas Popp, a spokesman for local firefighters, said the fire broke out in a flat on the 11th floor.

"Six people died on this floor, including three children and three adults – and a dog," he said.

The other five died after trying to escape from the building “in panic” by jumping from windows on the floor above.

"Our firefighters were on the site really fast but during the action, five people jumped out of the 12th-storey window and died," added Popp.

Cops are now trying to identify the victims but admit the bodies of those that remained in the building had been "devastated."

A special investigation team from the capital Prague is now heading to Bohumin to probe the tragedy.