The helpful videos that made brave teen Gracie a YouTube star

Fighting to beat children’s cancer: The helpful videos that made brave teen Gracie a YouTube star

A girl who survived cancer has become a YouTube star after making videos to help other children suffering from the disease.

Gracie Gosling was diagnosed with craniopharyngioma – a brain tumour which affects the pituitary gland – in February 2019, aged ten.

She had been plagued by headaches and fatigue for a year, even falling asleep during family meals, but it was not until she collapsed on the way to school that doctors finally found her tumour.

She underwent surgery at King’s College Hospital, London, and then needed proton beam therapy, a specialist radiotherapy, at The Christie hospital in Manchester. 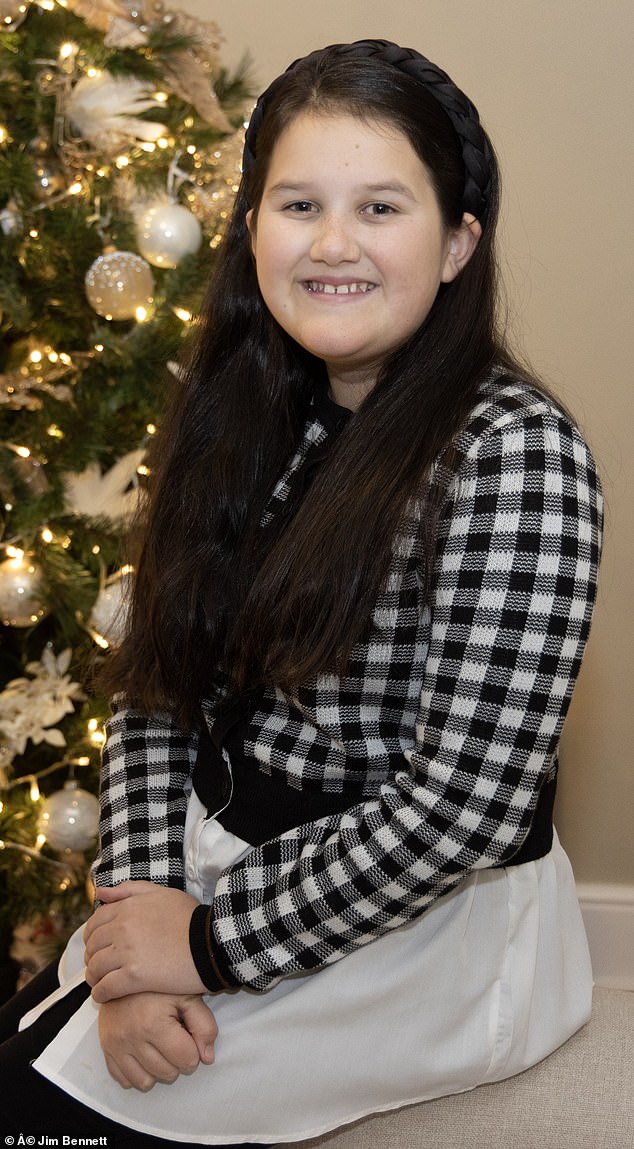 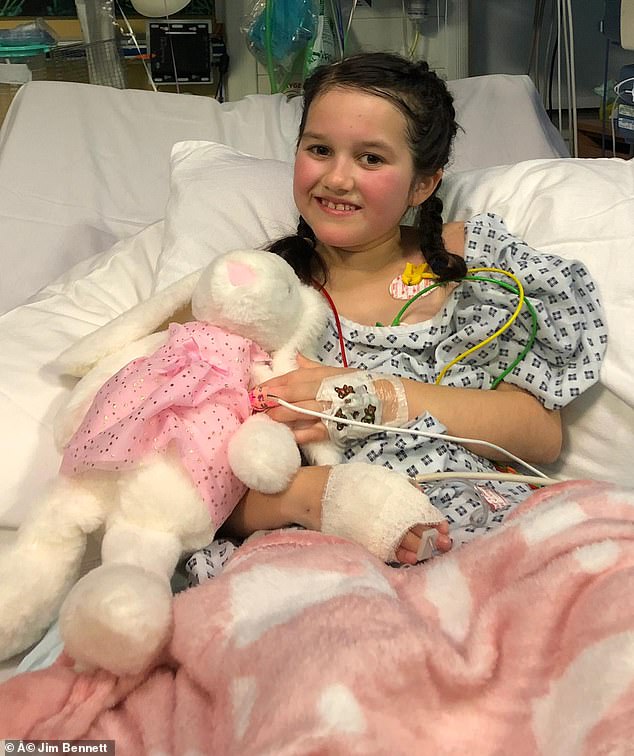 After her successful treatment, Gracie has been in remission for two years. She made the video, which has been watched more than 5,000 times, to reassure children they too could beat cancer

Now 14 and back at school, Gracie has been in remission for two years. She made the video, which has been watched more than 5,000 times, to reassure children they too could beat cancer.

Proton beam therapy requires patients to wear a mask over the affected area to restrict movement so the beam can be accurate.

Gracie, from Sidcup, south-east London, said: ‘I won’t lie I was terrified having the mask fitted but they were very comforting. I’m absolutely fine now.’

Her father Justin recalled the day they discovered her tumour: ‘When she first got diagnosed it was terrible. I nearly passed out. It was horrendous news. No one wants to hear their daughter’s got a brain tumour.’

Most of the 1,800 or so children in the UK who each year develop cancer are treated with long-standing therapies such as surgery, chemotherapy or radiotherapy 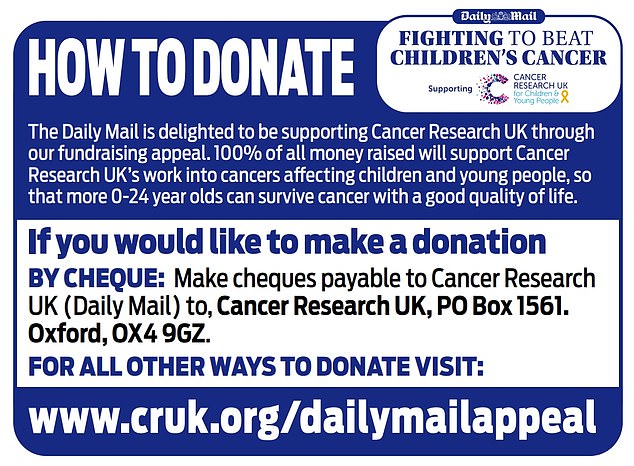 The Daily Mail is asking readers to dig deep and raise funds to test vital treatments like the one Gracie had. Cancer remains the leading cause of death by disease in youngsters. You can learn how to donate in the picture above

She was rushed straight to King’s College Hospital where they operated the next morning. She said: ‘It was a horrible experience, I was in surgery for seven to nine hours, but the hospital was fantastic.’

Although they removed most of the tumour, doctors hadn’t been able to take out a part near her optic nerve, which led to six weeks of proton beam treatment.

Gracie has used everything she learned to help other children by making a video about proton beam treatment and what to expect.

She said: ‘It’s horrible they’re going through it but it’s great that I can help them not be scared.’

She is focused on becoming an actress. She said: ‘I want to do anything that involves acting or presenting – that’s my main goal.’

Through its Fighting to Beat Children’s Cancer campaign in partnership with Cancer Research UK, the Daily Mail is asking readers to dig deep and raise funds to test vital treatments like this. Cancer remains the leading cause of death by disease in youngsters.

Just £10 could fund a month of scanning and storing microscope slides, which will help researchers discover new ways to beat cancer.

You can donate to the Mail’s appeal online at www.cruk.org/dailymailappeal.