The City could scrap its statues to slavery: London’s financial district launches consultation into removing memorials linked to Britain’s colonial past in wake of BLM protests

The Square Mile is preparing to scrap statues and other landmarks with historic links to slavery and racism, following the Black Lives Matter movement.

City of London Corporation bosses, who run the area home to some of the world’s biggest banks, has now launched a three-month consultation that could see the sculptures felled for good.

The London’s financial district is considering options including re-siting the memorials, reinterpret or retain them, depending on the responses collected.

They have not suggested any cases themselves, but want members of the public to propose them and suggest a plan of action.

There are currently monuments and buildings named after William Beckford and Sir John Cass, who made their fortunes from the slave trade.

He added: ‘We know that historical symbols continue to have an impact today and we want to understand how people feel about this aspect of our cultural history. 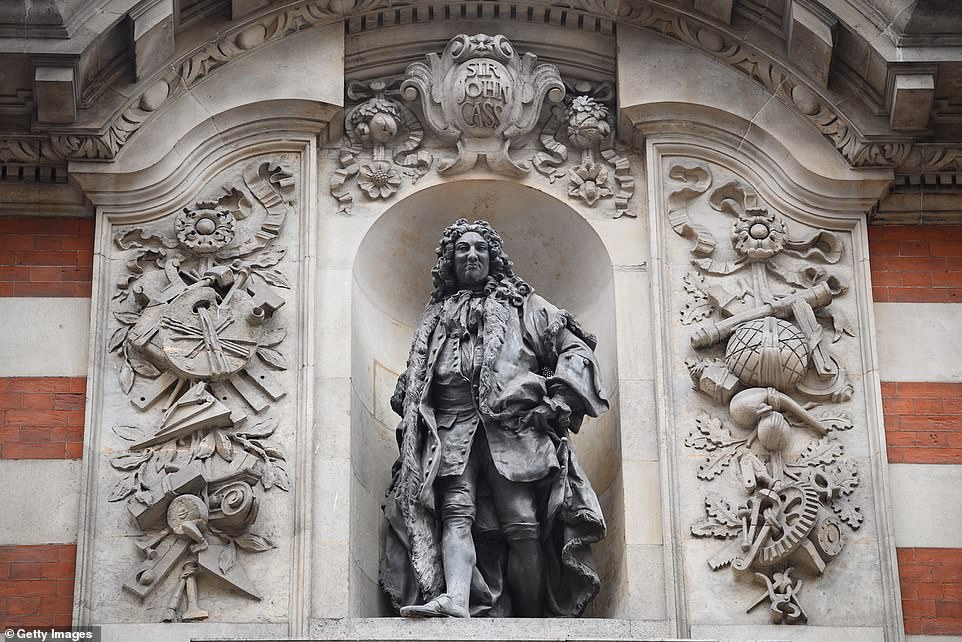 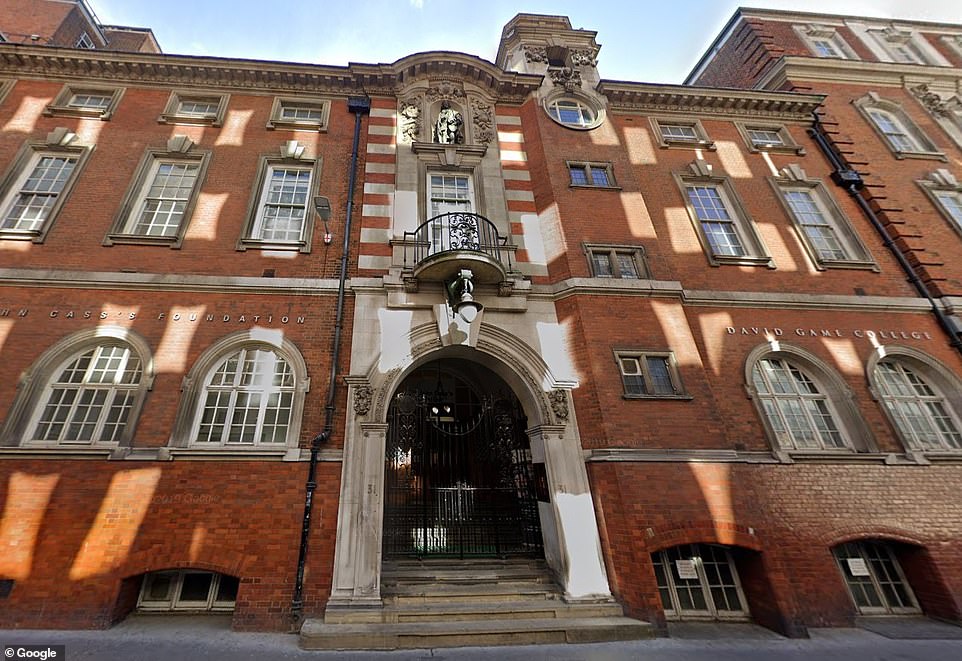 The statue is on Jewry Street and is above the John Cass Foundation, a facility named after the man, who is linked to slavery

‘We want to hear as broad a range of opinions as possible from City residents, workers, learners, visitors and other stakeholders before any decision is made on how we should deal with this issue.’

Statues and memorials with links to slavery and racism have been targeted globally, with some toppled by protesters and others removed by civic authorities or property owners.

Black Lives Matter protests have forced UK authorities and companies to begin reckoning with racism and the country’s past links to slavery, which brought vast wealth in the 17th and 18th centuries. 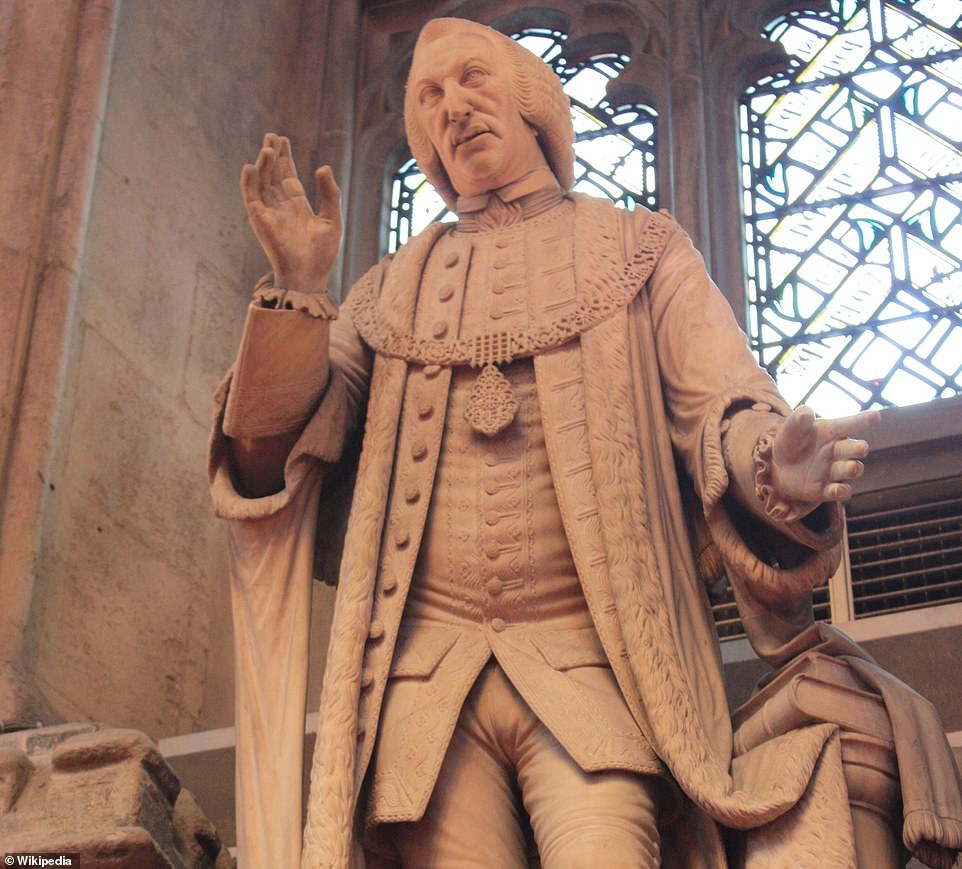 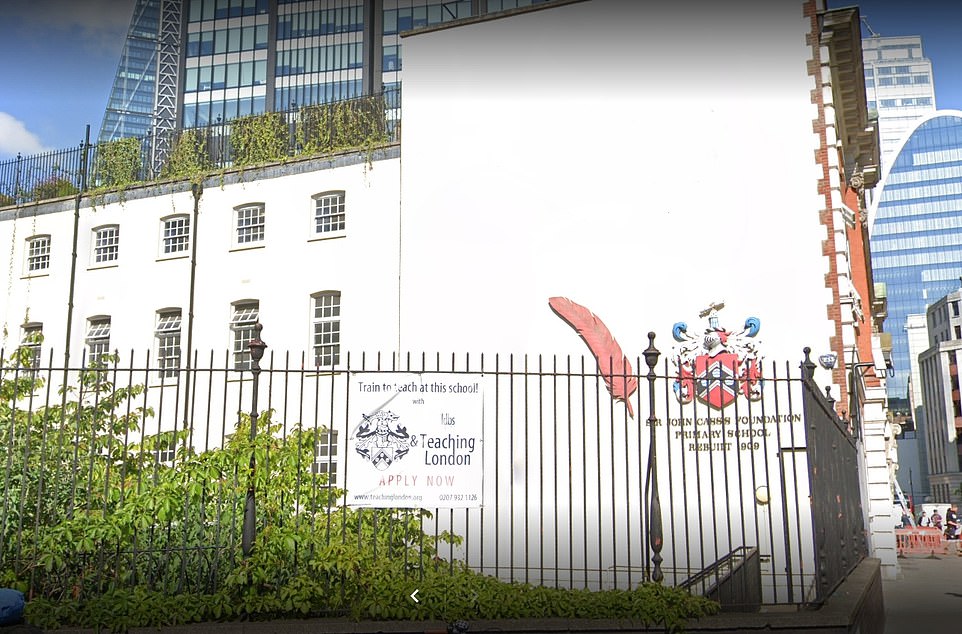 Memorials to politicians, war heroes and authors all targeted due to links to slavery and racist beliefs

Since Edward Colston’s statue was thrown into Bristol Harbour, there has been a wave of attacks from vandals on various monuments across Britain.

A statue to Winston Churchill was defaced with the words ‘was a racist’ and ‘f*** your agenda’ written underneath the memorial to the war time PM in Westminster Square, London.

Slave trader Robert Milligan’s was covered with a shord and the message ‘Black Lives Matter’ was placed on it in West India Docks amid calls for it to be taken down. It was later removed by Tower Hamlets Council. 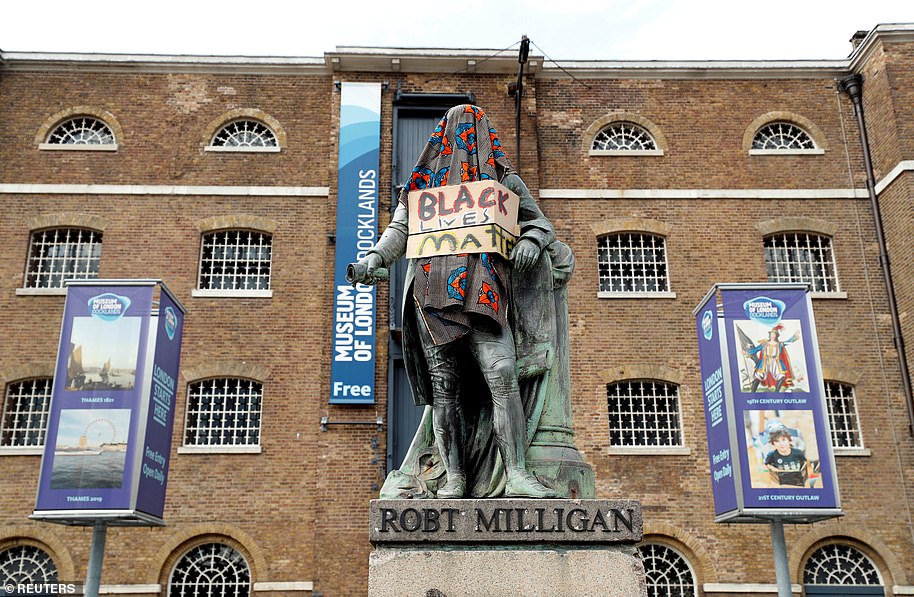 Less than a year after it was erected, ‘Nazi’ was scrawled underneath a statue of Nancy Astor, the first woman to take a  seat in Parliament, in Plymouth.

A monument to 19th-century politician Henry Vassall-Fox, the third Baron Holland, was left splattered with red paint in Holland Park. A cardboard sign reading ‘I owned 401 slaves’ was perched in the bronze statue’s arms, with the number painted on the plinth alongside red handprints.

A Grade II-listed monument to Admiral Lord Nelson, Britain’s foremost naval hero, which stands in the grounds of Norwich Cathedral, was sprayed with a black ‘V’ in the middle of a circle – an anarchist symbol.

In Kent, a former councillor wrote ‘Dickens Racist’ outside a museum dedicated to the beloved 19th century author. Letters sent by the Oliver Twist author showed he wished to ‘exterminate’ Indian citizens after a failed uprising.

A statue of Civil War leader Oliver Cromwell in Wythenshawe Park, Manchester, had the words ‘Cromwell is a cockroach,’ ‘f*** racist’ and the Black Lives Matter acronym ‘BLM’ scrawled across it last month. Thousands of people were massacred during the Cromwellian conquest of Ireland.

BLM was also scrawled across the Worcester Civil War memorial in Royal Park.

The Lloyd’s of London insurance market and Bank of England are among City organisations that have apologised for past links to slavery.

One City statue targeted for removal by a petition in June is a huge monument to William Beckford, twice Lord Mayor of London in the 1760s and the largest slave owner of his time.

His statue stands in the Guildhall, the ornate seat of the City of London Corporation. The government rejected the petition on the grounds it was a matter for the local authority.

It also houses the original statue of Sir John Cass, who built his fortune through slavery.

A copy of the memorial is also in place elsewhere in the City on Jewry Street at the John Cass Institute.

The only primary school in the Square Mile has already announced it will change its name because of his reputation.

Sir John Cass’s Foundation Primary School is now set to change its name, despite him founding the building.

They removed a bust and statue of Sir John were removed from the primary school back in June when his links to the slave trade were highlighted.

Chair of Governors Matt Piper said: ‘Our governors are deeply troubled by these links and determined to take appropriate action.

‘We will be working closely on this response with our Foundation. They have already recognised the need for change and for greater discussion of the history of the slave trade.

‘Our working group will also be considering how our school can better educate its community on matters of human exploitation, both historic and in the present day.’

The BLM movement was sparked by the killing of George Floyd in the US where he was arrested by police.

Protesters tore down a statue of Edward Colston on Sunday, June 7, on the same day a memorial to Winston Churchill in London was defaced with the words ‘was a racist’ written on a plinth underneath.

It prompted a wave of statues being targeted with graffiti or being attacked during protests, culminating in some statues, including ones of Nelson Mandela and Winston Churchill, being covered up to be protected from vandals.

The Topple the Racists campaign launched a comprehensive list of statues it wanted to see removed as it believed the names behind the monuments held racist beliefs.

It led to Oriel College at Oxford University voting to remove a statue of Cecil Rhodes, a colonialist politician in southern Africa in the 19th century.

Boris Johnson wrote last month: ‘We cannot now try to edit or censor our past. We cannot pretend to have a different history. The statues in our cities and towns were put up by previous generations.

‘They had different perspectives, different understandings of right and wrong. But those statues teach us about our past, with all its faults. To tear them down would be to lie about our history, and impoverish the education of generations to come.’ 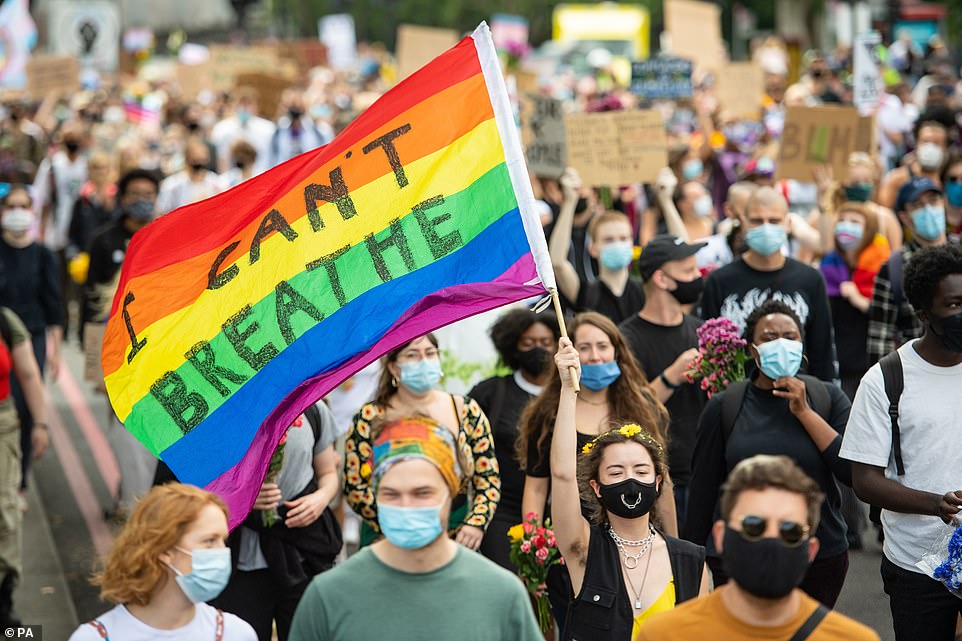 Caroline Addy, Co-Chair of the City of London Corporation’s Tackling Racism Taskforce, said it was important to look at whether the monuments were still appropriate.

She added: ‘Like many areas of the country, the City of London has a number of statues and other landmarks with links to the slave trade and historic racism.

‘It’s important that we acknowledge and address this legacy with openness and honesty, and carefully consider what should be done.

‘We are committed to equality, inclusivity and diversity, and to ensuring the Square Mile remains a place where people of all ethnicities and backgrounds feel safe and welcome.’

Related posts:
EastEnders: Chantelle Atkin's exit explained as she leaves abusive husband Gray
10 Takeaways From Variety’s Entertainment Marketing Summit
Popular News
Comedian Bryan Callen Sues Husband of His Rape Accuser
24/09/2020
Man Utd wonderkid Ramon Calliste, called ‘the next Giggs’, now owns luxury watch business and makes £5m a year – The Sun
26/03/2020
Megan Thee Stallion Addresses Criticism Over Twerking: ‘I Love to Shake My A**’
26/03/2020
Police guard shops to stop coronavirus panic-buyers and enforce social distancing – The Sun
26/03/2020
Coronavirus: Good Morning Britain’s Dr Hilary reveals ‘game-changing’ self-testing kit
26/03/2020
Recent Posts
This website uses cookies to improve your user experience and to provide you with advertisements that are relevant to your interests. By continuing to browse the site you are agreeing to our use of cookies.Ok