Home » World News » The 12 places where Covid cases have risen – is your area on the list?

The 12 places where Covid cases have risen – is your area on the list?

CORONAVIRUS cases are still rising in 12 areas in England and this interactive map reveals if your area is one of them.

Data from Public Health England (PHE) states that infection rates have fallen in 96 per cent of local authorities in the last seven days.

The new figures come as it has been revealed that Prime Minister Boris Johnson is considering ditching the strict "stay at home guidelines".

Government officials are reportedly looking to scrap the slogan: ‘Stay home, Protect the NHS, Save lives’ as the country takes its first steps out of lockdown.

As part of the Prime Minister’s highly anticipated ‘roadmap’ it is understood people will instead be encouraged to take part in more small outdoor gatherings – and even sports – from as soon as March 8.

Potentially before the end of March, outdoor leisure activities including golf and tennis will also be permitted.

Officials reportedly believe that – as well as transmission risks being low as the sports are played outside – the public may be encouraged to get fit.

But as infections continue to drop in the majority of local authority areas, there are 12 places where they are on the up. 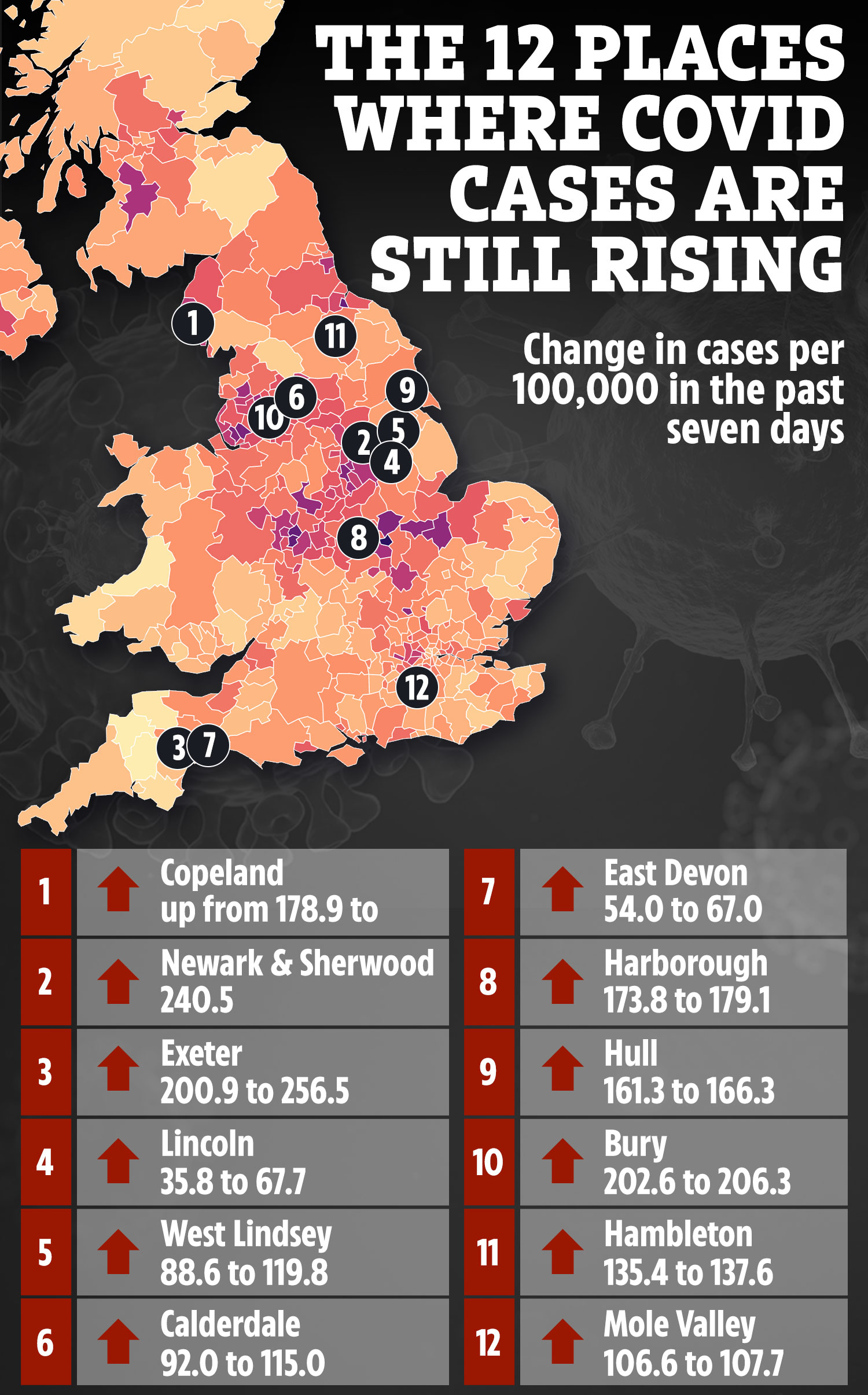 Looking to the Midlands and Newark & Sherwood in Nottinghamshire is next on the list, with the area witnessing an increase from 200.9 to 256.5

However, in the last 24 hours there have been no new reported deaths from Covid-19 in the area.

Despite a slight rise in cases in the area, it was this week reported that work at a vaccination hub at Lincoln County Hospital had been paused due to good progress being made at the site.

The hub had been used to inoculate NHS staff and has been paused while resources are deployed to GP-led sites across the area.

West Lindsey, also in Lincolnshire, has seen an increase in infections, going from 92.0 to 115.

Looking further north and Calderdale in West Yorkshire has also witnessed an increase in infections, jumping from 174.5 to 195.3.

Just two days ago, the health chief in the area said the rise in infections was due to the new variant.

Deborah Harkins said outbreaks in the area had been linked to workplaces that were still open during lockdown.

She said that Calderdale had the largest proportion of the more infectious new UK variant in all of Yorkshire. 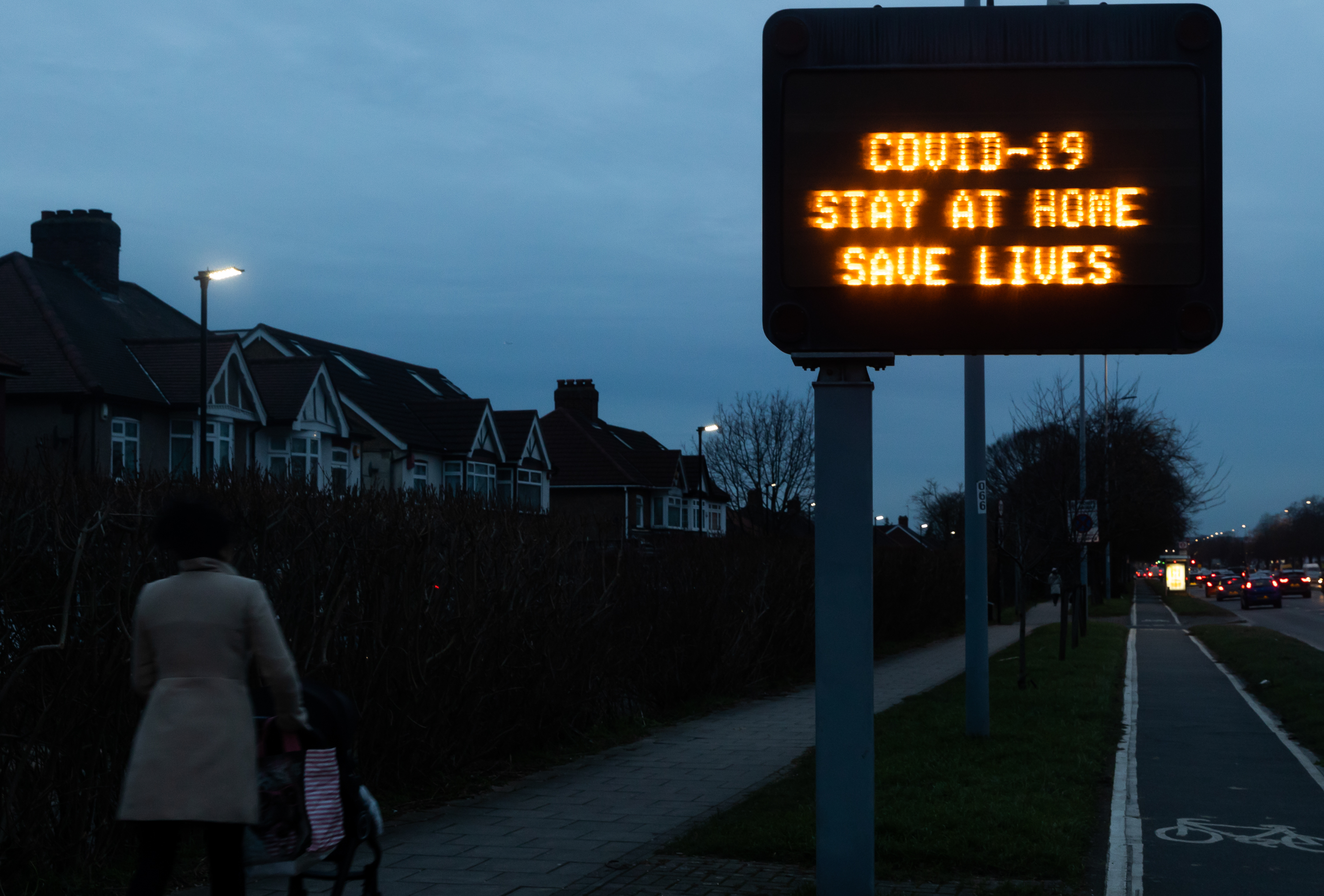 Bury in Greater Manchester has also witnessed an increase in rates, going from 202.6 to 206.3.

Despite having seen an increase in cases, it's not the most infected area in Greater Manchester with both Salford and Bolton reporting higher infectionrates.

'NO ROOM FOR COMPLACENCY'

Every borough and district in the area has seen a decrease in cases, aside from Mole Valley.

Local councillors have warned residents that just a couple of families can have an impact when it comes to a rise in infection rates.

Fetcham West district councillor Paul Kennedy said there is "no room for complacency" and added that he would not support lifting a lockdown.

While the 12 areas above have seen a rise in infections, some of the most infected areas in the country have seen a fall in case rates.

Corby in Northamptonshire has the highest rate in England, with 250 new cases recorded in the seven days to February 11 – the equivalent of 346.2 cases per 100,000 people.