THIS is the terrifying moment a gang of six masked thieves brandishing knives smashed into a Birmingham home.

Shocking CCTV footage shows the men violently breaking into the home of a young family with a baby on the way – who have been left “absolutely terrified.” 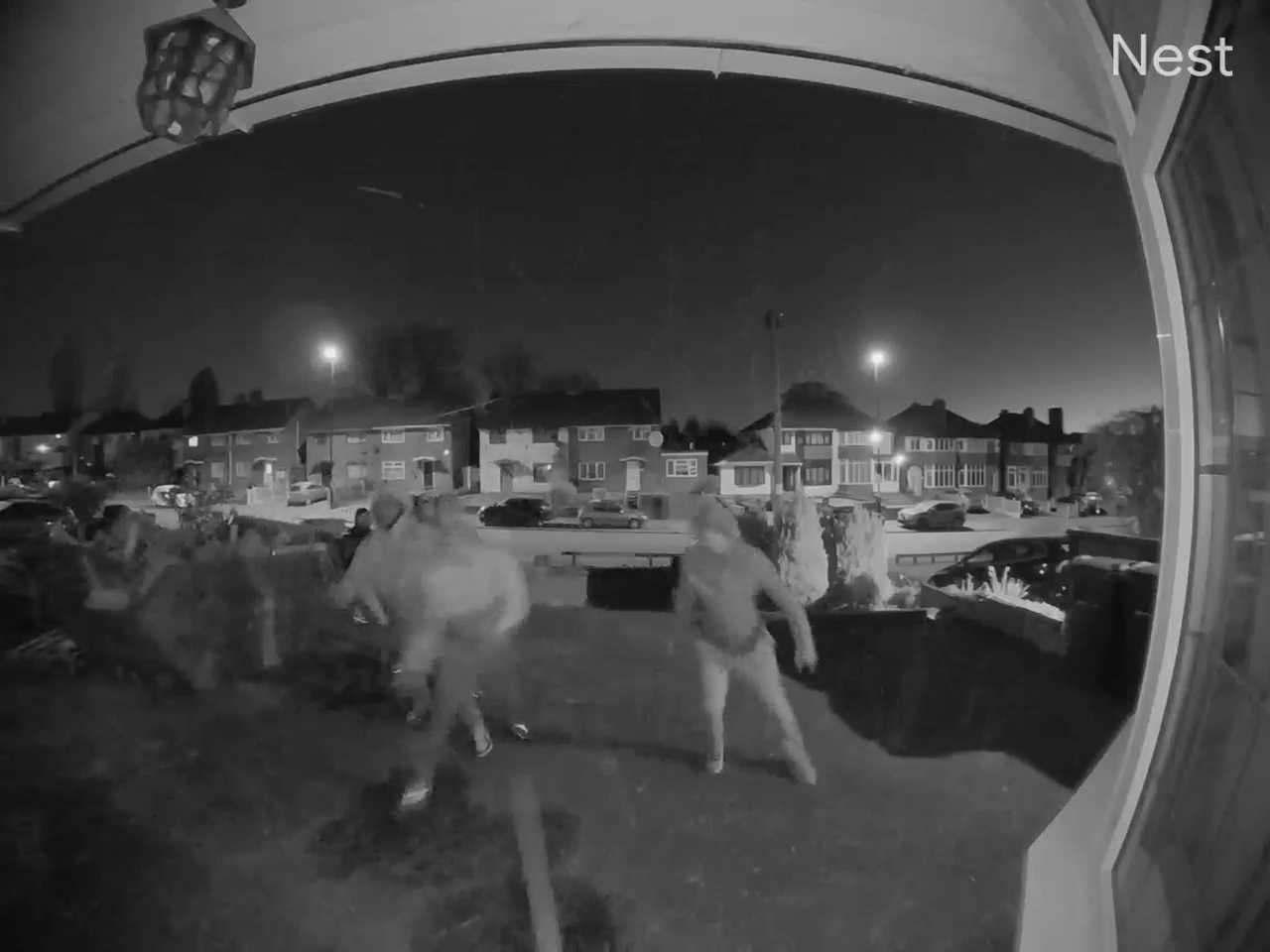 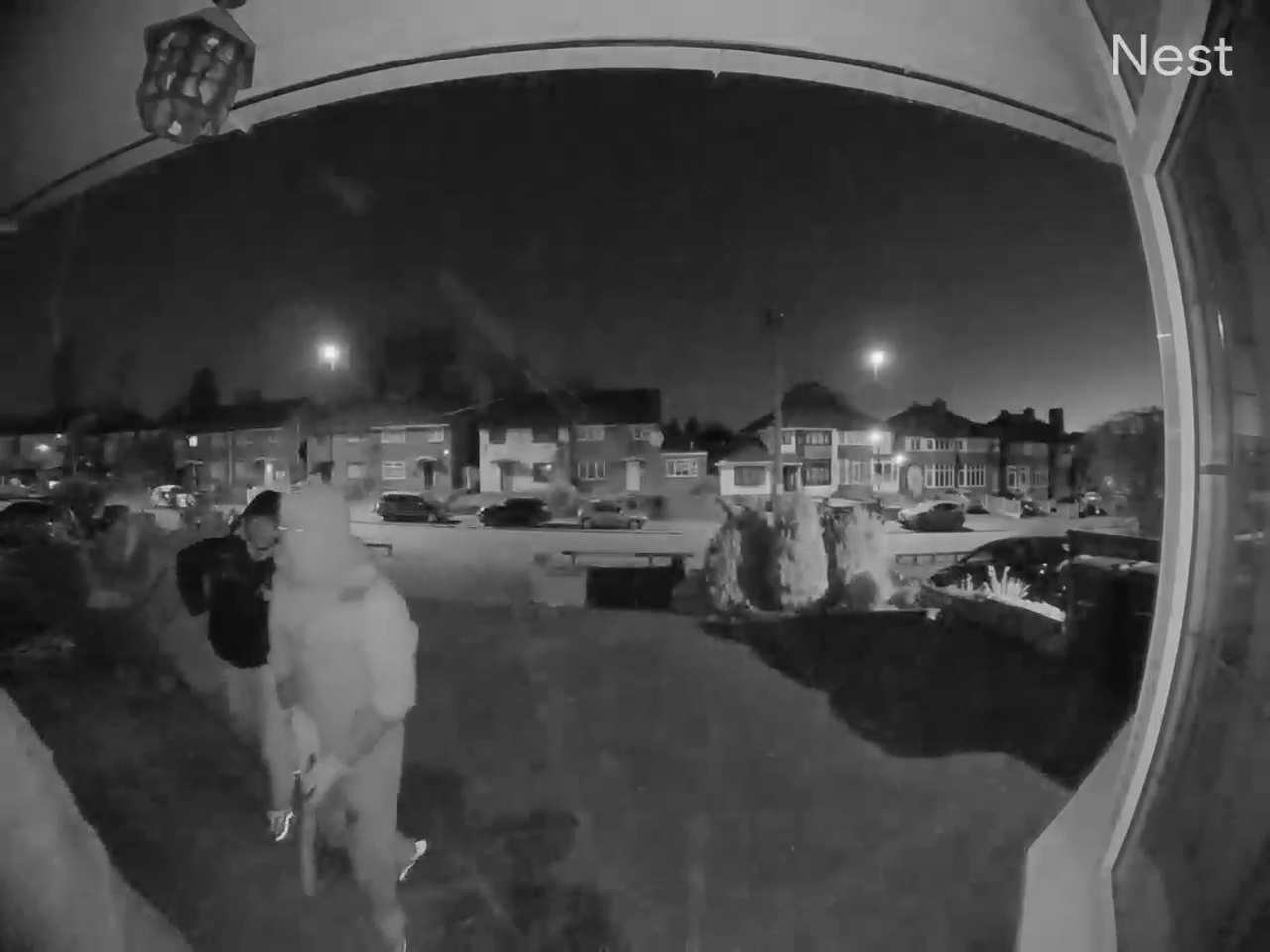 The men first attempted to smash down the home’s back door before they were captured on video kicking in the front door at 4.30am on Saturday.

The homeowners, who wish to remain anonymous, are in the process of renovating and were due to move in last weekend.

But because of a delay they were luckily not home at the time of the horror attack.

The owner told Sun Online: “I woke up on Saturday morning at about 10am, looked on my phone and saw on the camera that there had been some activity at our house.

“I had a look and I was just absolutely shocked to see what was happening.

“I’m a normal guy. I’m a manager of a restaurant. I don’t have dealings with any dodgy people or anything so it's just crazy to have six men armed with machetes targeting my house.

“I don’t know if they thought my house was being used to grow drugs or something because apparently there’s been a few raids like this in the past on this road.” 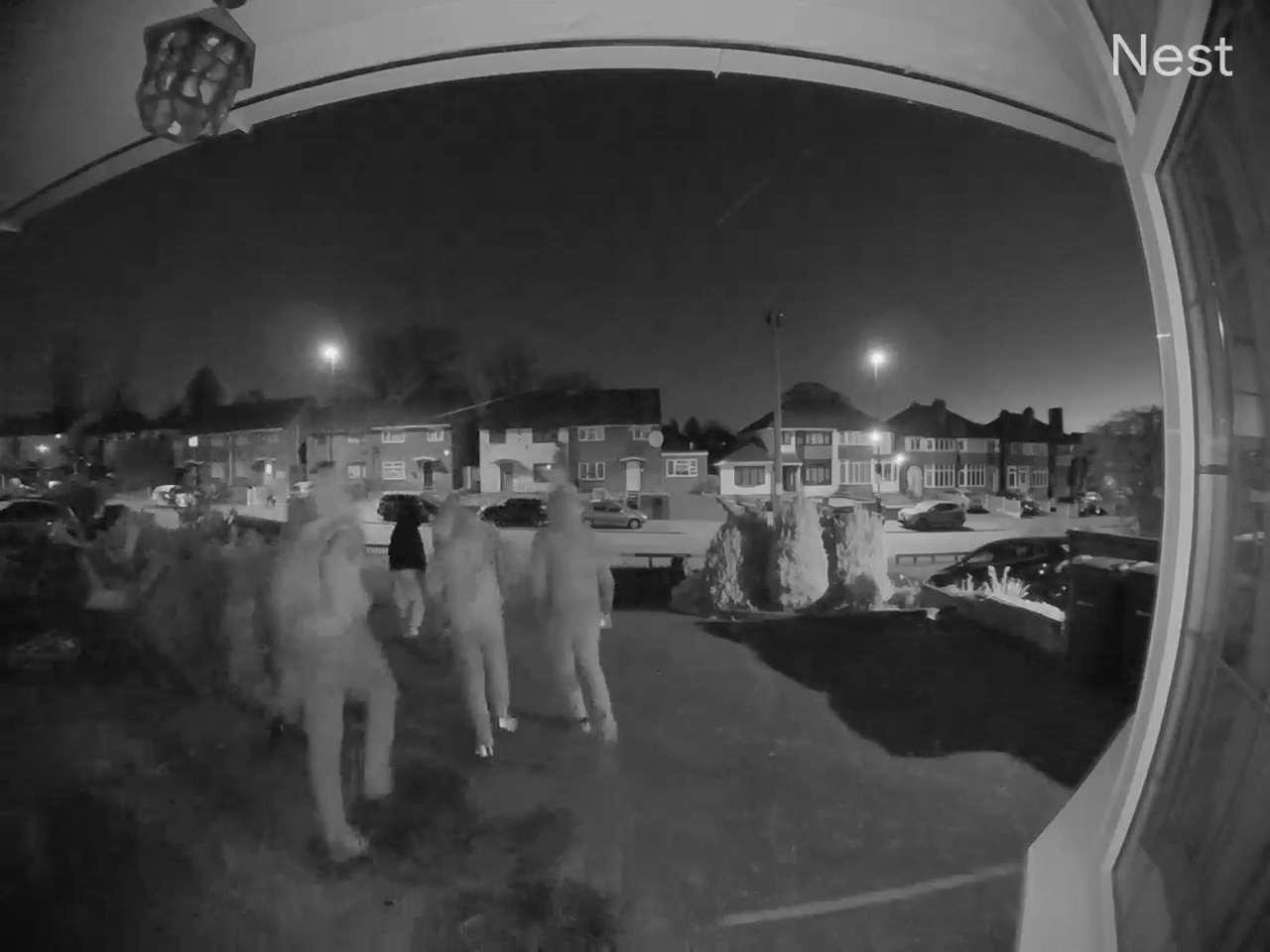 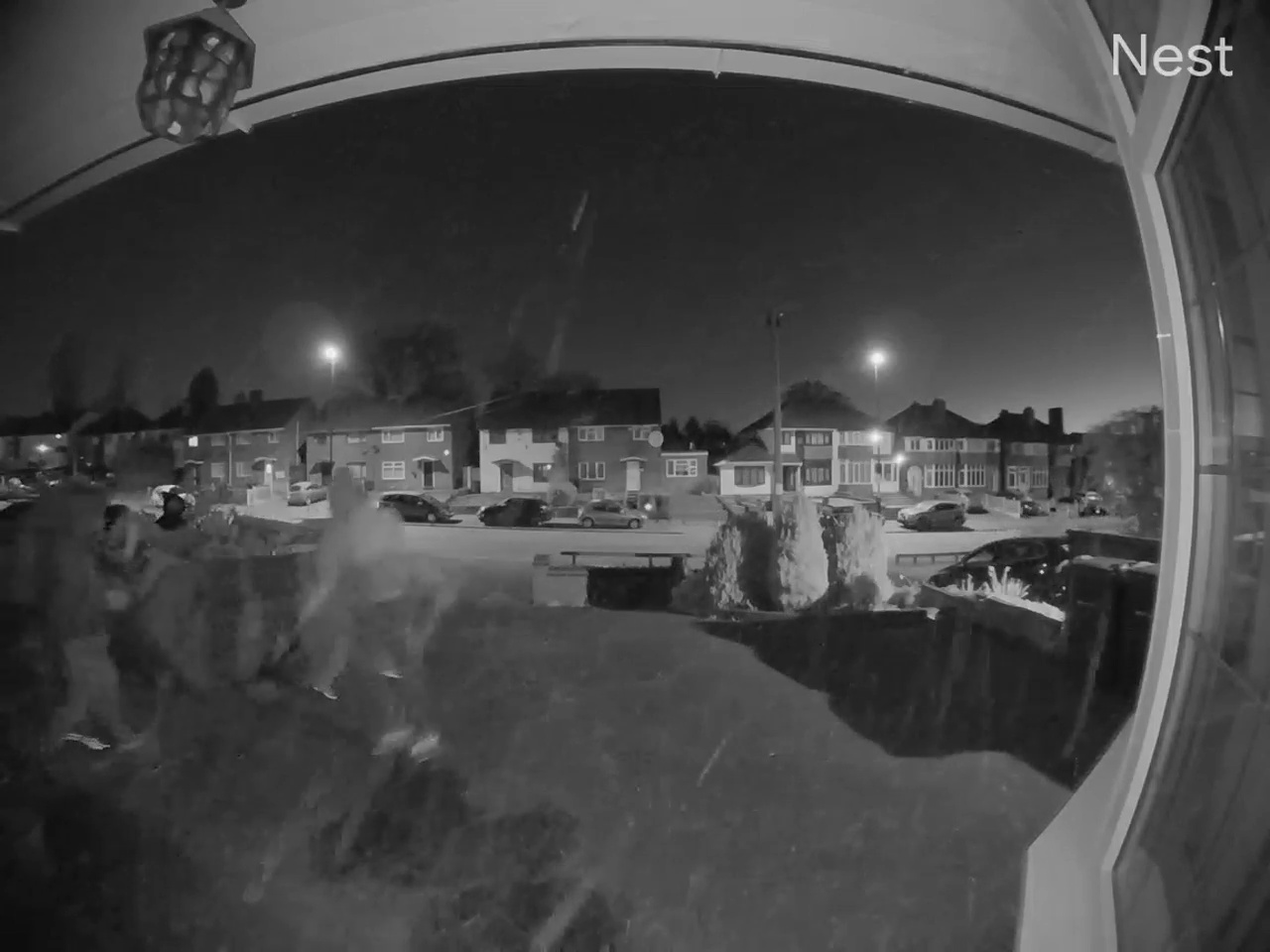 Video shows the men with large knives kicking the door several times to gain access, but as soon as they got inside they left.

The owner continued: “I think they left because they saw the property is empty. I’m not stupid enough to leave valuables in the house while we renovate.

“It’s just very odd that they didn’t even have a look around which makes me think they had some misinformation.

“They did all that hard work to break in so I think they were looking for drugs and got the wrong address.

“I’m sure they were after something in particular.”

Now the dad is terrified to move his family into the house, especially as his wife is pregnant.

He said: “This is every person’s worst nightmare.

“If it was just a couple of people that broke into my house and stole a TV or whatever I probably wouldn’t have been that scared.

“But to see six men armed with knives breaking in is just terrifying.

“If we had moved in I don’t know what would have happened to us.

"Maybe it could have ended up with one of us getting seriously hurt or injured.

“My wife is eight months pregnant – we’re due a baby the first week in June – and it’s been very very heavy on her.

“It’s been very difficult for her to watch me as well because I’m struggling a lot.”

The homeowner says he immediately passed on the footage to the police – but he claims no major investigating has been done.

He said: “I called the police but they told me something along the lines of 'We’re short on resources'.

“They said they will look into it but it wasn’t very promising. They need to get their act together and deal with these hoodlums."

The Sun Online has approached West Midland's police for comment.