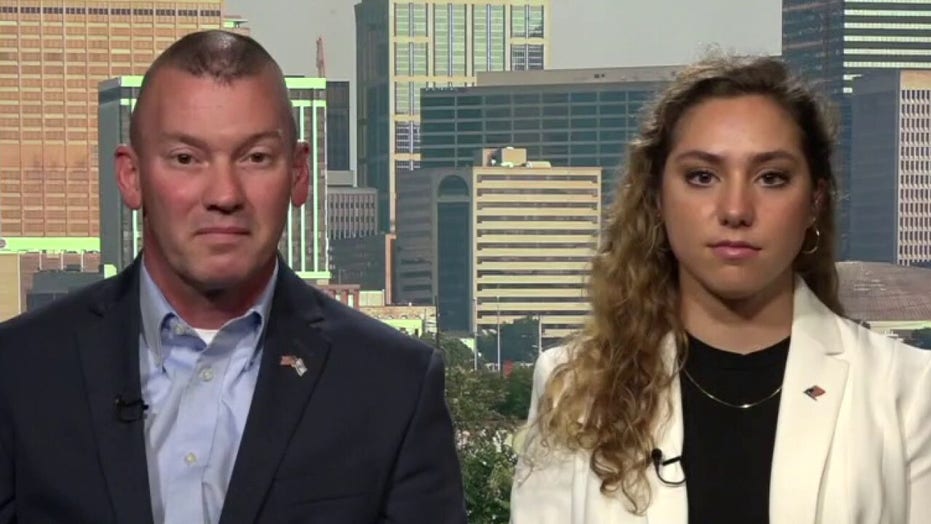 A Tennessee Tech professor is refuting his colleagues’ attempts to label him as a “racist” in fliers posted on campus.

“I’m not sure why they would decide to attack the students and myself, and create an environment that’s hostile to communication, that’s threatening and intimidating,” Donadio told “Fox & Friends” on Saturday, adding that his colleagues who posted the fliers are “experts in English” and “knew exactly what they were doing.”

Gruber, is an associate professor of German and Smith is an English instructor, according to the report.

Turning Point USA is a right-wing grassroots organization with a mission to “educate students about the importance of fiscal responsibility, free markets, and limited government,” according to its website.

“Professor Donadio and Turning Point USA. You are on our list,” the flier reads. “Your hate [and] hypocrisy are not welcome at Tennessee Tech!” 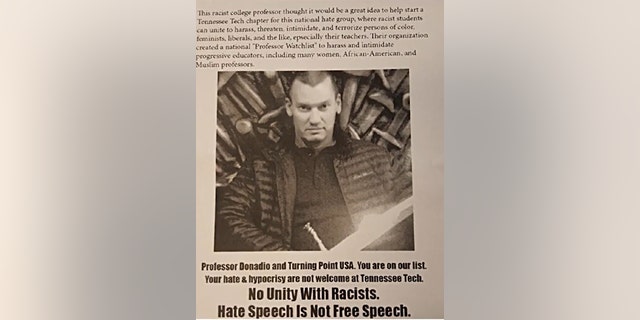 It continues: “This racist college professor thought it would be a great idea to help start a Tennessee Tech chapter for this national hate group, where racist students can unite to harass, threaten, intimidate and terrorize persons of color, feminists, liberals and the like, especially their teachers.”

She added that “it’s very hard hearing those words” come from “people who are supposed to be your mentors, especially at the university you love so much.”

“There’s no facts [or] anything behind their words,” she said, adding that she is glad to have “such a supportive university and faculty adviser.”

The university told Fox News in a statement that it is following its “policy procedures” and that “no disciplinary action has been taken at this time” against Gruber and Smith.

Robb Bigelow, an attorney for Smith and Gruber, told Fox News in a statement that the professors “openly welcome a healthy debate regarding Turning Point USA, its campus leader, and its members.”

“They invite Professor Donadio and all members of Turning Point USA to denounce racism and institutional racism,” Bigelow said. “They welcome a marketplace of ideas where members of Turning Point USA try to prove them wrong and perhaps even challenge the Professors about their own beliefs. But they must not be punished for espousing those protected beliefs in the first place.”

Gruber and Smith reportedly decided to make the fliers after Donadio cheered a local school board’s decision to not rename the Algood Middle School Redskins mascot during a meeting, according to Newsweek.

“I found Mr. Donadio’s behavior at the school board meeting disrespectful, unprofessional, given his position as county commissioner, and hostile, chilling, actually, considering that my Native American friend, his wife and two minor children, were in the room as well,” Gruber told the outlet.

Smith told Newsweek that he made the fliers “as an act of rhetorical defiance” and “of purposeful parody, to hold a mirror to the hateful tactics of Turning Point,” referencing the group’s “Professor Watchlist,” which names professors “who discriminate against conservative students and advance leftist propaganda in the classroom,” according to the Turning Point website.

Smith added that his Facebook feed is “filled with our local neighbors gloating that the R-word would be retained as a school mascot,” which “broke” something inside his “hurting heart.”

Donadio said neither Smith nor Gruber have contacted him.

Gruber and Smith did not return Fox News’ requests for comment.