Militant teaching unions who openly bragged about a ‘win’ over the government’s u-turn on bringing students back before summer have today threatened to keep schools closed in September.

Bosses at the National Education Union (NEU), the UK’s largest teaching union, say it may be ‘impossible’ for ‘many’ schools to reopen at the start of the new academic year.

It comes as ministers last night admitted they were powerless to force schools to reopen in the wake of the coronavirus pandemic.

Schools Minister Nick Gibb said ministers could not ‘decree’ that schools open, while Dr Mary Bousted, joint head of the NEU, today agreed the government could not ‘carry out its threats’.

In a recorded Zoom meeting, seen by the Daily Telegraph, Dr Bousted also told members they could not ‘trust’ the government’s current guidance and called for the decision on bringing all pupils back to be taken locally. 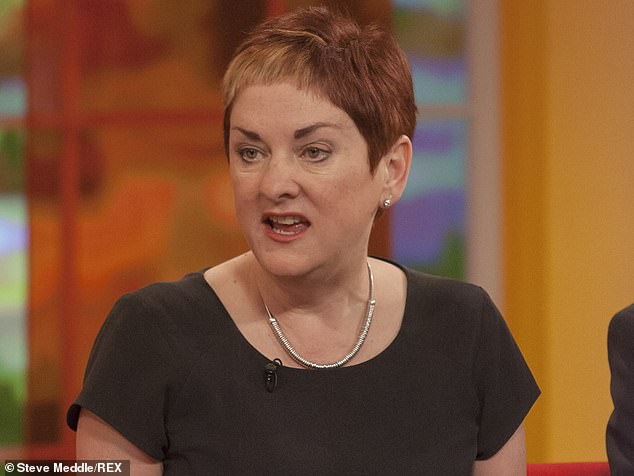 Dr Mary Bousted (pictured), joint head of the National Education Union (NEU), today agreed the government could not ‘carry out its threats’ to force schools to reopen in September

‘Now, the Government’s making threatening noises about that. But in the end, they won’t be able to carry out their threats.’ 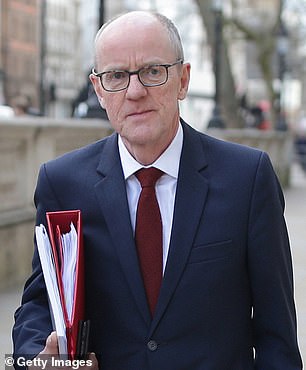 Dr Bousted’s comments come as yesterday, Mr Gibb underlined the government’s determination to get all children back in class for the new term, while Labour backed making education of the young generation an ‘absolute priority’.

Mr Gibb said that the government planned for all schools to reopen, even in areas such as Manchester, Greater Manchester and Leicester, which have all had local lockdown enforced due to a rise in coronavirus infections.

Mr Gibb told BBC Radio 4’s Today programme: ‘What I’m saying is that all children will be returning to school in September, including in those areas that are currently subject to a local lockdown because it is important that children are back in school.

‘But you can’t decree this for every single case and it will depend on the circumstances of a local increase in the infection rate, and that is why it is being led by the director of public health in localities.

‘But we want all children back in school.’

Today sources Department for Education told the Telegraph that getting all children back into schools was a ‘national priory’ and that, with its guidance, there was ‘absolutely no need’ for schools to stay shut. 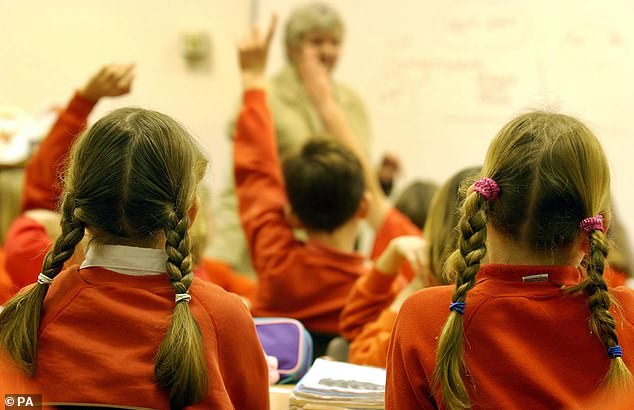 Today sources Department for Education told the Telegraph that getting all children back into schools was a ‘national priory’ and that, with its guidance, there was ‘absolutely no need’ for schools to stay shut

They added that, according to a recent polls by Parentkind, 90 per cent of parents supported children going back to school in September.

In June the head of the NEU was blasted for describing the Government’s primary school U-turn, which will mean thousands of children missing out on lessons, as a ‘win’.

Poetry has been dropped as a compulsory topic for GCSE students preparing to sit their exams after months out of school.

For the first time, poetry has been stripped of its core status meaning schools can axe it from their classrooms.

All students will be assessed on a Shakespeare play but can choose questions from two of the three other sections – poetry, a 19th century novel and post-1914 British fiction or drama.

Many schools are likely to ditch poetry, which lots of children struggle to grasp.

Ofqual embraced the flexibility after pressure from teachers grappling with a wide-ranging syllabus in a tight time-frame.

Kevin Courtney, the joined head of the NEU, made the comment after Education Secretary Gavin Williamson shelved plans for all primary pupils to return to class before the summer holiday.

The two metre social distancing rule and guidelines on having classes of no more than 15 students in a room made a full return impossible, the minister admitted in June.

The decision means parents across the country are having to home-school and care for their children, often while also working full time, until September.

But Mr Courtney sparked outrage when he responded on Twitter with a message which said: ‘This is a win for science and for every National Education Union member who wrote to their MP or local councillor and especially for every National Education Union rep, Covid rep or checklist monitor who was discussing social distancing with their head teacher.’

The comment was attacked by Tory Ipswich MP Tom Hunt, who sits on the Education Select Committee, who told the Telegraph in June: ‘The fact that most children will not return until September should sadden us all … This is not something to congratulate or give yourself a pat on the back for.’

The Government’s long-stated ‘ambition’ was to see all primary children return for at least a month before the end of the academic year but unions and councils said school buildings would have had to double in size to make that happen.

Smaller classes and social distancing requirements forced the Education Secretary into a rethink as Mr Williams later conceded ‘we are not able to welcome all primary children back for a full month before the summer’.

He said large schools which do have space to bring back more pupils should still open as he promised all children will be back in the classroom in England in September.

Since then the government has been working on plans to reopen schools at the start of the usual academic year. 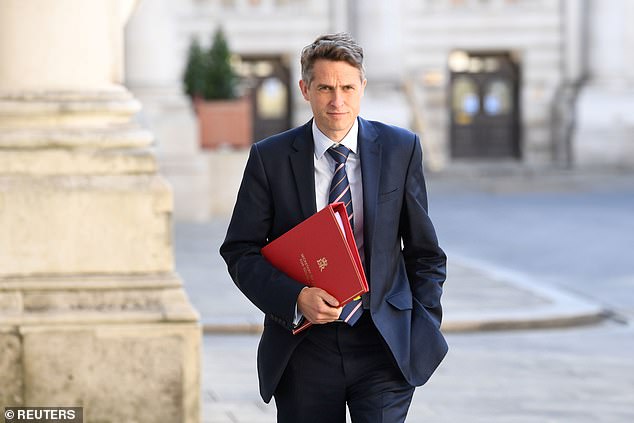 But scientists have warned that the only way of bringing back schools and avoiding another crisis around Christmas was dramatically to improve the NHS test and trace operation.

In a report this week, researchers at University College London (UCL), working with a team at London School of Hygiene & Tropical Medicine (LSHTM), revealed that, if schools do re-open and lockdown is gradually lifted with more people slowly returning to work, a second wave will occur.

Harry Styles’s old school has become the first in the country to depart from government guidance and make face masks mandatory when classes resume.

Holmes Chapel Comprehensive School in Cheshire unilaterally decided that ‘on the balance of probability’ students and staff would be safer wearing coverings.

Navy blue reusable coverings costing three pounds will be viewed as ‘part of the uniform’ and be embroidered with the school’s initials, which were once displayed by the One Direction singer who grew up in the leafy town.

The mandatory use of masks goes beyond the government’s coronavirus guidance, which does not compel them to be worn in schools.

Downing Street has refused to give ground to intense pressure from Labour and union bosses who called for enforced coverings when children go back to lessons next month.

The secondary wave would result in the R rate — the number of people each Covid-19 patient infects — rising above the dreaded number of one.

This could yield a secondary wave of infections 2-2.3 times the size of the first, which has so far killed around 46,201 people.

The peak would come in December, or in February 2021 if schools re-open on just a part-time basis.

Dr Jasmina Panovska-Griffiths, study author, said: ‘Our results are reflective of a broader loosening of lockdown, rather than the effects of transmission within schools exclusively.’

The study, published today in The Lancet Child and Adolescent Health, assumed children were as infectious as adults.

But the results remained true even when the team re-ran the model with the assumption that children and young people were 50 per cent as infectious as adults.

The authors said without improvements in testing it will be ‘absolutely essential’ to introduce other measures in September to ‘mitigate’ the effects of schools opening.

This could mean pubs are forced to shut or greater restrictions are placed on people meeting indoors.

The calls were backed by Professor Neil Ferguson – who resigned from the Government’s advisory group Sage after breaking lockdown rules – who said there was a ‘limit’ to what contact tracing could achieve.

He stressed that restricting social contacts between people was the main way to control the spread of the virus, and ministers needed to ‘plan for all contingencies’ when it came to the reopening of schools.

He told BBC Radio 4’s Today programme: ‘I think it is important to say that not all schools are the same. 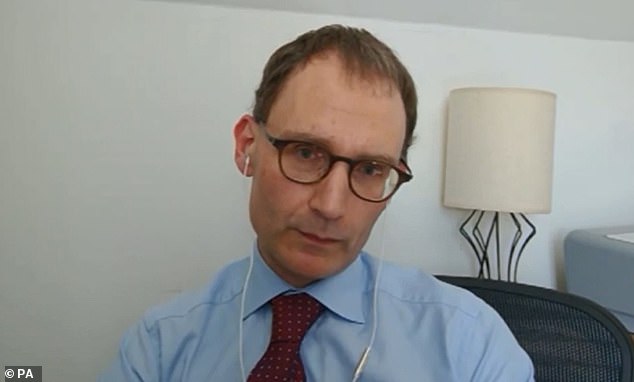 ‘We have a lot of evidence now that primary schools, young children, pose very little risk of transmission.

‘I think the concern is with secondary schools, teenagers, further education colleges and universities where the evidence is still not certain, but it looks like older teenagers can transmit just as well as adults.

‘The risk then is that big schools, comprehensives, universities, FE colleges, link lots of households together, reconnect the social network which social distancing measures have deliberately disconnected. And that poses a real risk of amplification of transmission, of case numbers going up quite sharply.’

Professor Ferguson said trade-offs will have to be made to keep the virus under control.

Meanwhile, Mr Williamson vowed to get schools fully open in September yesterday after a poll found most mothers are confident their children will be safe.

The Education Secretary insisted the Government will ‘succeed’ in its pledge to return all pupils to classes thanks to the determination of parents.

He said the return was ‘our national priority’ and warned that not doing so would ‘fail our children’.

Just 3 per cent of mothers are worried that classrooms will be risky, while only 7 per cent are concerned that coronavirus measures will be upsetting for children, a survey for Mumsnet found.

Last night Mr Williamson said: ‘Before the summer holidays over 1.6million pupils were back in our schools, and it is our national priority to get all children back in the classroom in September.

‘Schools are where our children belong – not just for their education, but also for their wellbeing and to be with their fellow pupils and teachers.

‘That is why we are helping schools to prepare for all children to return in a few weeks’ time. Surveys show parents are increasingly confident that is the right thing to do.

‘We will succeed thanks to that same determination to get many pupils back during the last few months and thousands of heads, teachers and school staff across the country are making preparations to welcome the return of all pupils. Because to do any less would be to fail our children.’