A Sydney man has been imprisoned in Egypt for over eight months on political charges, housed in a cell with 17 others and unable to socially distance as the threat from COVID-19 grows in the country's prison system.

Waled Youssef, a dual Australian-Egyptian citizen who runs a cement rendering business in Sydney after migrating two decades ago, was arrested on January 14 in Cairo while on a family holiday. He has repeatedly had his detention extended and been unable to mount an appeal in court or have visitors, including his family and Egyptian lawyer. 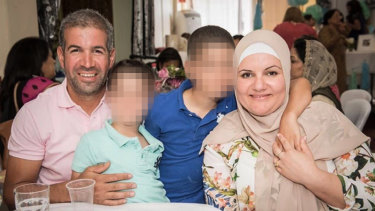 Australian man Waled Youssef’s family are increasingly concerned for him after eight months in an Egyptian prison.

Mr Youssef's international legal team have launched a public campaign and asked the United Nations for urgent intervention to secure his release. They have called on the Australian government, which has been providing Mr Youssef with consular assistance, to escalate their efforts.

Egyptian authorities have accused Mr Youssef, 45, of affiliation with a banned political group. His lawyers have rejected the charge, saying he is not politically active and the only evidence offered by prosecutors is he "liked" a Facebook post by a presidential candidate during the 2012 election. The candidate has since been imprisoned.

"Mr Youssef is unlawfully detained in Tora Prison in a squalid cell he shares with 17 others," his lawyers, Caoilfhionn Gallagher QC and Jennifer Robinson, have complained after the family decided to go public.

"Detention for months on end in Tora is distressing at any time. But with COVID-19, Youssef's detention is not only unlawful, but life-threatening. There have been numerous reports of COVID-19 deaths in Tora, including three prisoner deaths in the past fortnight, and the death of a prison officer."

More than 100,000 Egyptians have contracted COVID-19 and 5750 have died. Human Rights Watch has called on the Egyptian government to improve medical care in the country's overcrowded prisons and contain outbreaks of the coronavirus.

Tora is where Australian journalist Peter Greste was detained for 400 days. His Canadian colleague Mohamed Fahmy called the prison a "hellhole" and "the worst prison in the Middle East". Another Australian-Egyptian man, Hazem Hamouda, was held for over a year in Tora before being released last year.

Mr Youssef's wife, Fadia, said her husband had never been a member of any political or religious group and had not voted in Egypt for over 20 years. 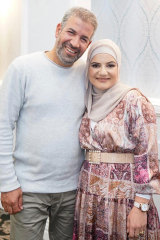 Waled Youssef and his wife.

"Waled is my husband, my best friend and it aches every day that passes without him. We miss him every day and can’t begin to comprehend life without him," she said.

"My husband is in prison for allegedly liking an innocuous Facebook post years ago. He’s done nothing wrong, but he is being kept in prison where people are dying of COVID. We are terrified he will get sick and not be able to come home."

Mrs Youssef and the couple's two sons were forced to return to Australia and have since been grounded because of the pandemic.

An early court appeal by Mr Youssef against his detention in January was refused and his imprisonment has been extended six times without reasons being given. A second appeal planned in March has been delayed because of COVID-19. A hearing is due in mid-October.

Labelling the accusations against Mr Youssef baseless and unusual, his lawyers say the ongoing detention is a violation of international law and have called for intervention from UN special rapporteurs and a working group on arbitrary detention.

They also want the Australian government to abandon "quiet diplomacy", urging Prime Minister Scott Morrison and Foreign Minister Marise Payne to speak out and approach their Egyptian counterparts. Direct and public interventions by the Canadian and US governments have recently secured the release of their citizens in similar cases in Egypt.

Mrs Youssef said "quiet action behind the scenes has made no difference" and the Morrison government had to do more for her husband.

A spokeswoman for the Department of Foreign Affairs and Trade confirmed the government was providing assistance to Mr Youssef.

"Our embassy in Cairo is regularly engaging with Egyptian authorities, including to seek more regular consular access, and is continuing to follow the case very closely. Owing to our privacy obligations we will not provide further comment," the spokeswoman said.