Swiss property where Shelley wrote Frankenstein on sale for £2million

A real house of horror! Swiss property beside Lake Geneva where Mary Shelley wrote Frankenstein after she was inspired by a lightning storm goes on sale for £2million

The Swiss property where Mary Shelley wrote her famous novel Frankenstein has gone on sale for £2.38m.

The writer and her future husband, the poet Percy Bysshe Shelley, stayed at the former guest house in 1816 – and now the four-bedroom villa next to Lake Geneva is up for grabs.

The house, in the medieval village of Nernier, is spread over four floors and dates back to 1739. Stunning panoramic views of the Alps can be seen from the property’s multitude of balconies, and the house is even adorned with a plaque commemorating Mary Shelley’s stay.

It sits perfectly positioned the harbour’s edge, with a lower-balcony over the lake and a ladder leading straight down to the water. 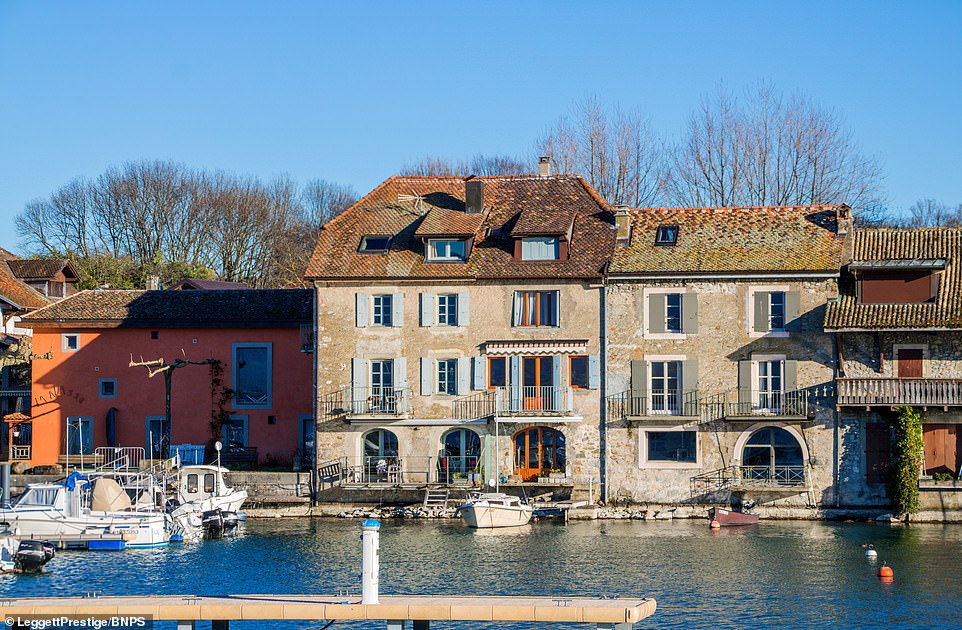 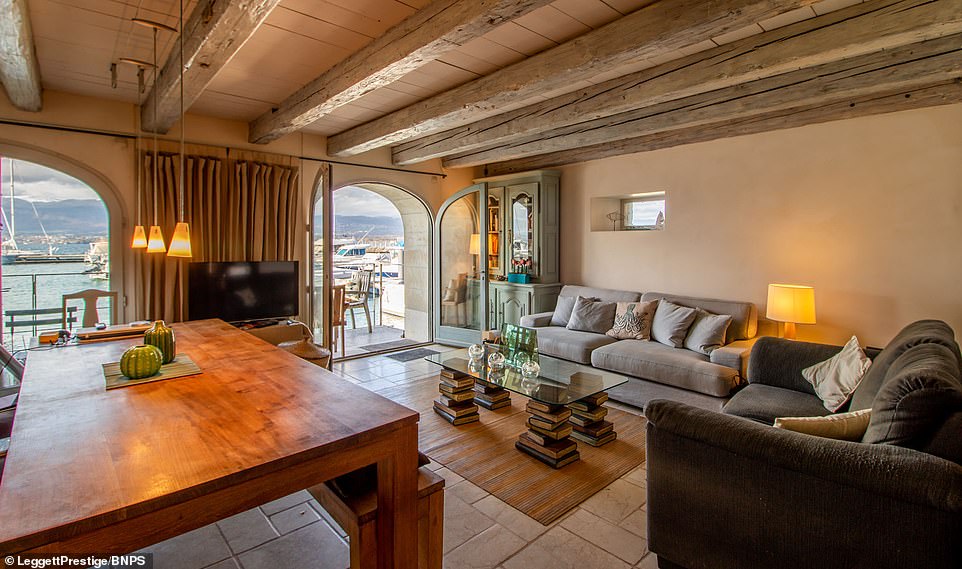 On the ground floor there is an entrance hall with an open-plan kitchen, dining and living area and the balcony offers idyllic views across the harbour and lake.

The first floor has an office area with a made-to-measure oak bookshelf and lounge with a fireplace and another balcony. The second floor has a landing with a built-in double closet and two bedrooms, one of which also has its own balcony. 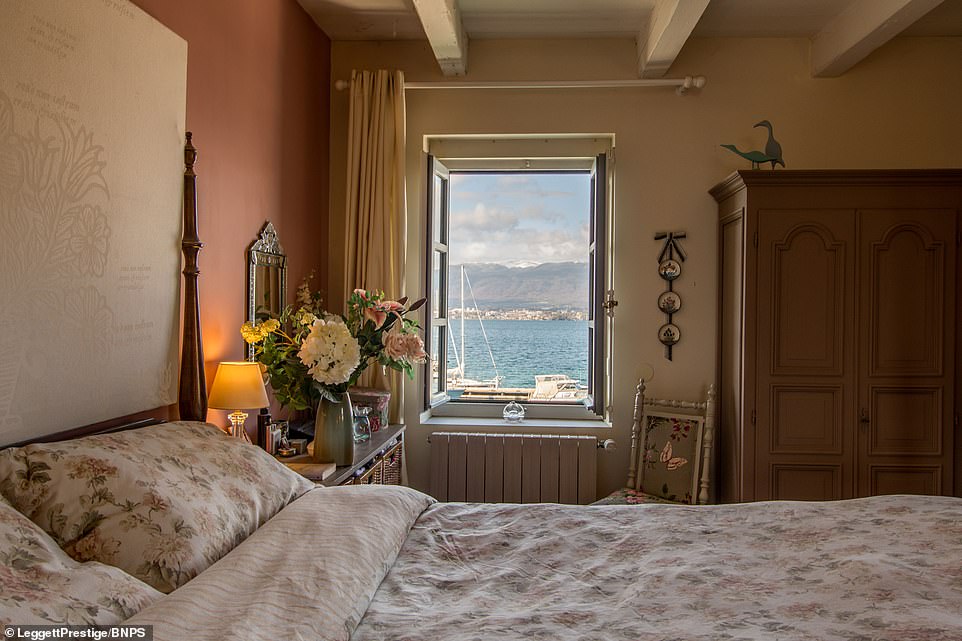 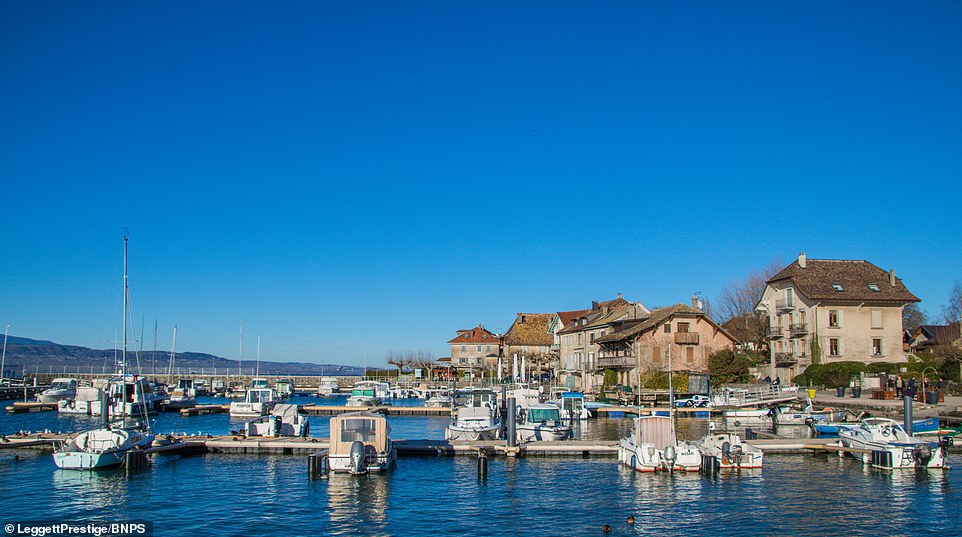 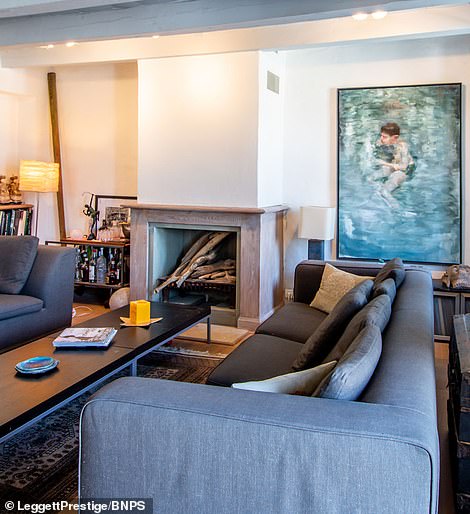 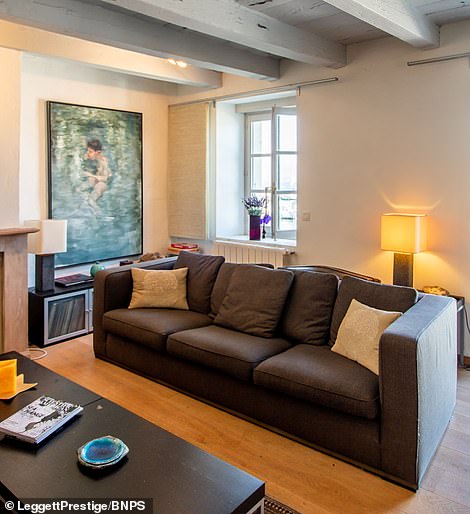 Yet more panoramic views are available from the two bedrooms on the third floor where there is second shower room as well as a large landing with a built-in sleeping and relaxing space.

The house is complete with an internal elevator to make getting around much easier and the lucky new owner will get more than 7,800sq ft of garden.

The new owners will be able to commute to the city of Geneva by road and by ferry to Nyon, on the opposite side of the lake, taking advantage of the cheaper cost of living in France.

Mary and Percy had been touring the area with Mary’s step-sister Claire Clairmont who was visiting her lover, the acclaimed Romantic poet Lord Byron.

During a thunderstorm one night, Byron suggested the group have a competition to write the best horror story.

Mary, who was 18, was inspired by the lightning storm to write the tale of Dr Frankenstein – who uses electricity to reanimate a dead body with disastrous consequences.

Her story won Byron’s competition and the first edition of the novel was published anonymously in 1818.

Despite being slammed by critics after publication, the book was a commercial success with readers and is considered a landmark text in the gothic literary genre. 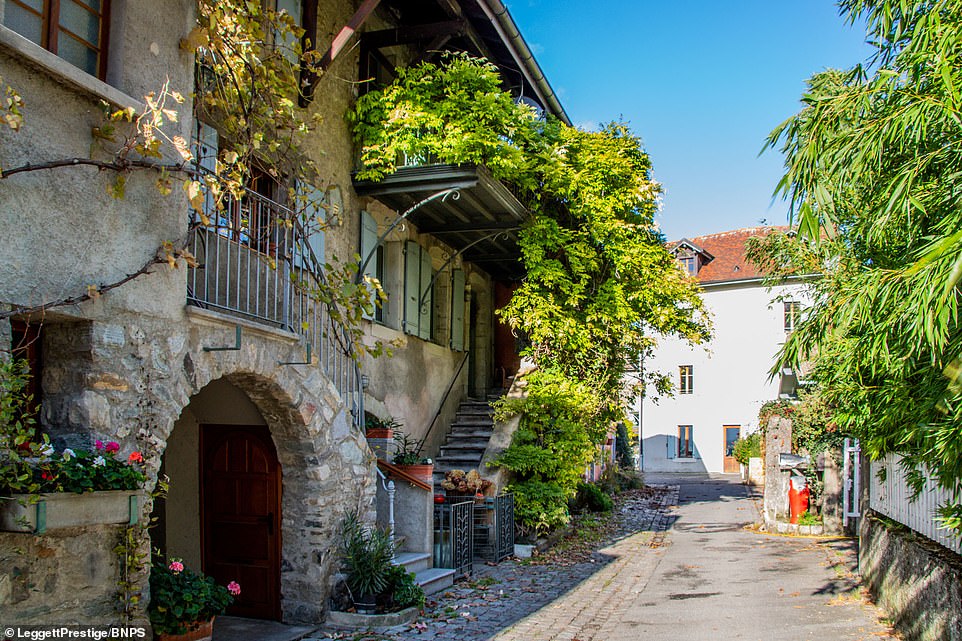 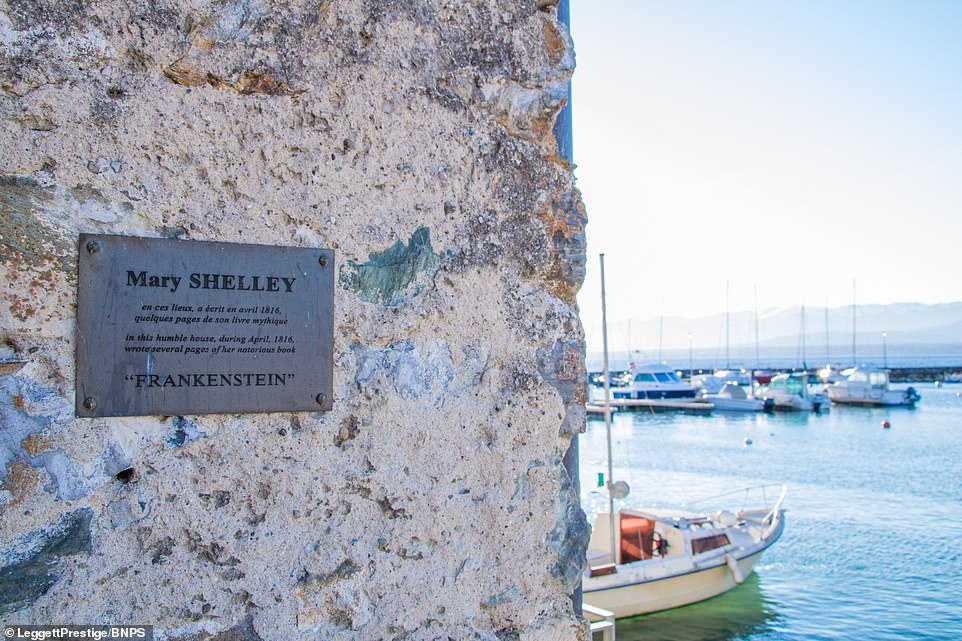 A plaque commemorating Shelley’s stay adorns the property. She wrote the novel during a thunderstorm after Lord Byron suggested a competition to write the best horror story 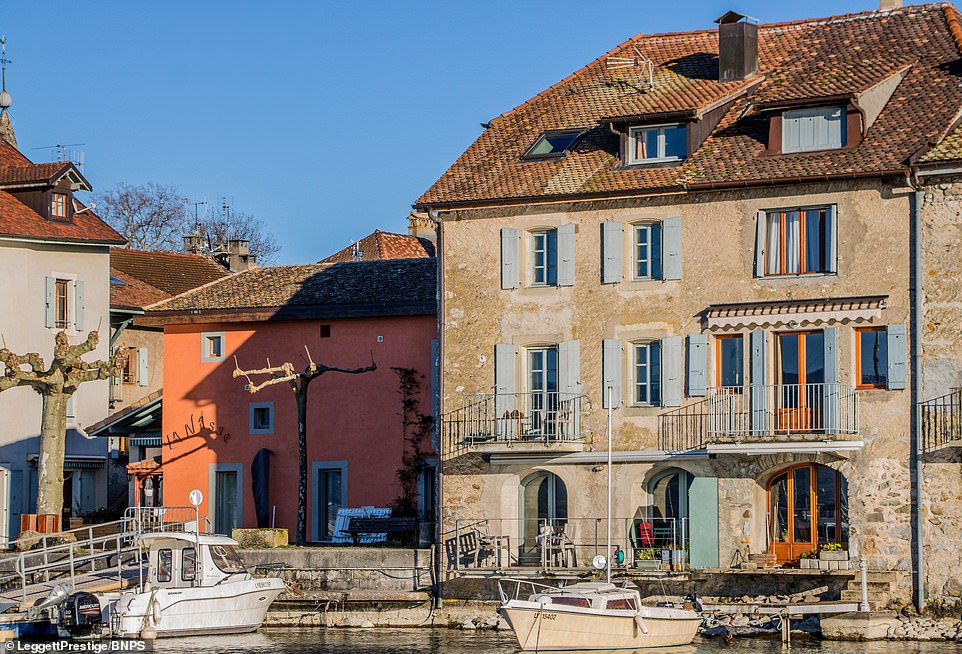 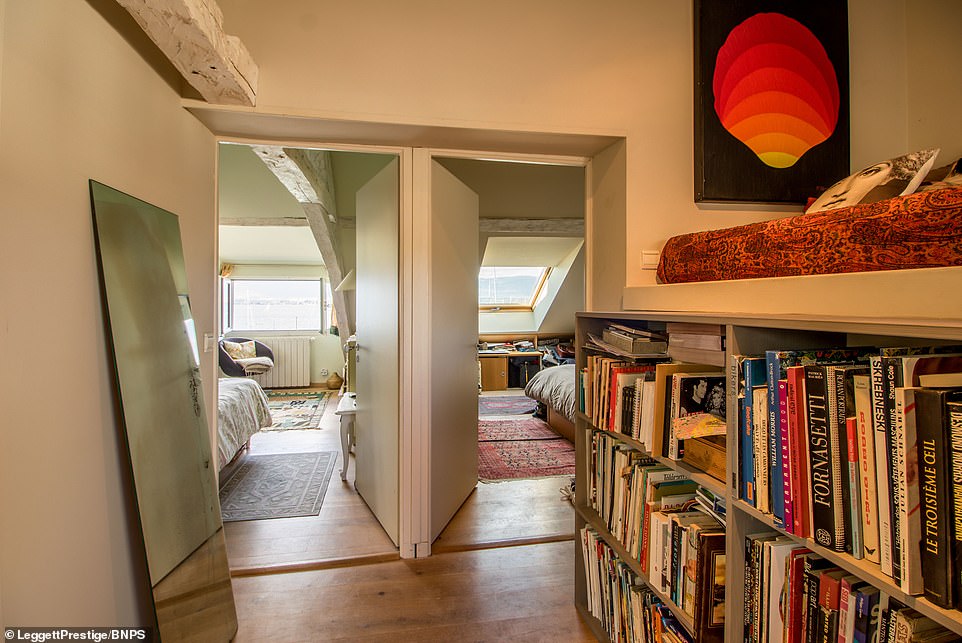 The property is complete with nearly 8,000sq ft of land that can new owners can build on, which is currently being served as a garden

She said: ‘It really is the most perfect location.

‘You have the sound of the water lapping and the breeze going through the rigging of the boats on the harbour. In the summer evenings you get the sunset over the Jura mountains opposite and in the winter they are covered with snow. 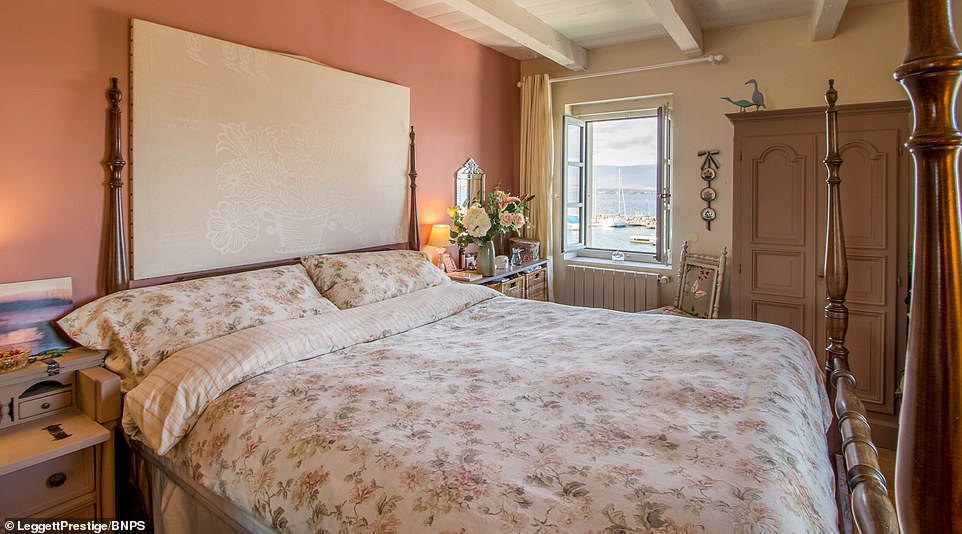 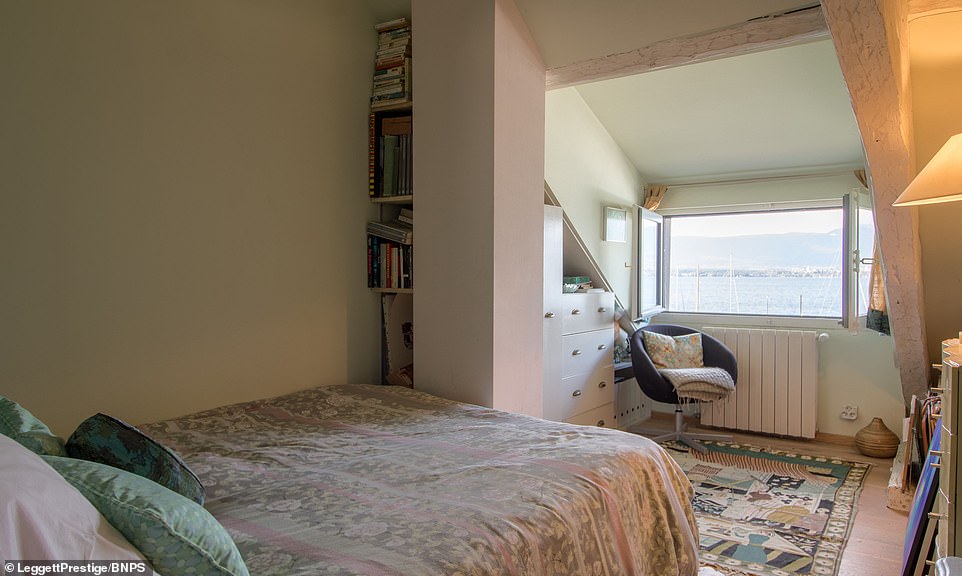 Cosy yet stylish bedrooms offer sweeping views of the Jura Mountain range, part of the Alps 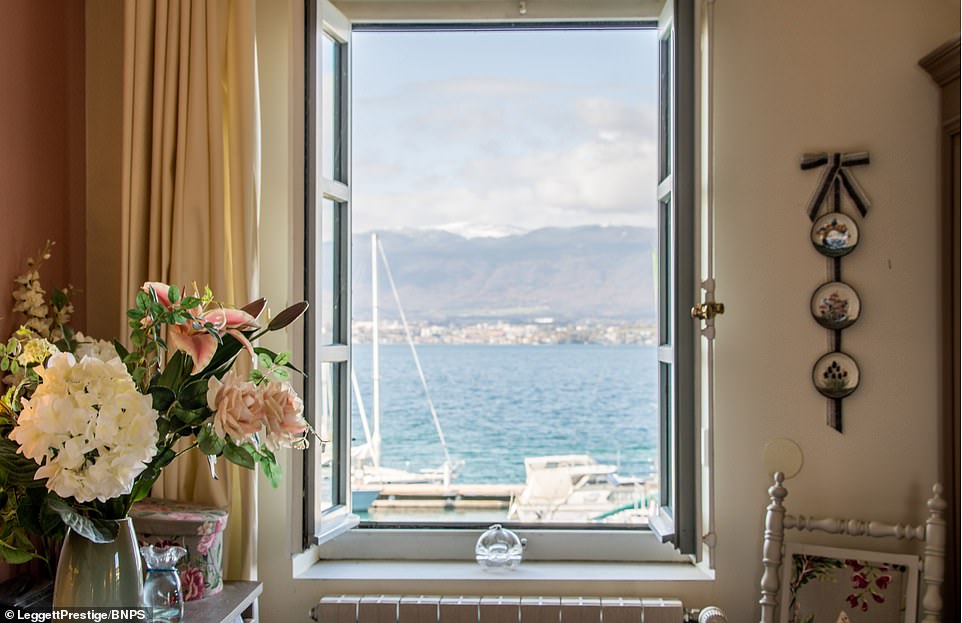 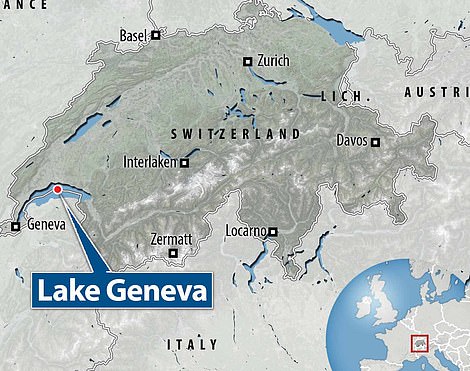 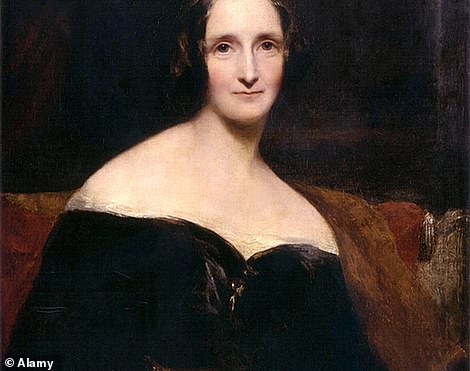 The property is close to Lake Geneva and just 18 miles away from Geneva International Airport. Mary Shelley (right) was just 18 years old when she wrote Frankenstein. Although her novel was initially slammed by critics, it is now considered a landmark text in the romantic and gothic literary genres 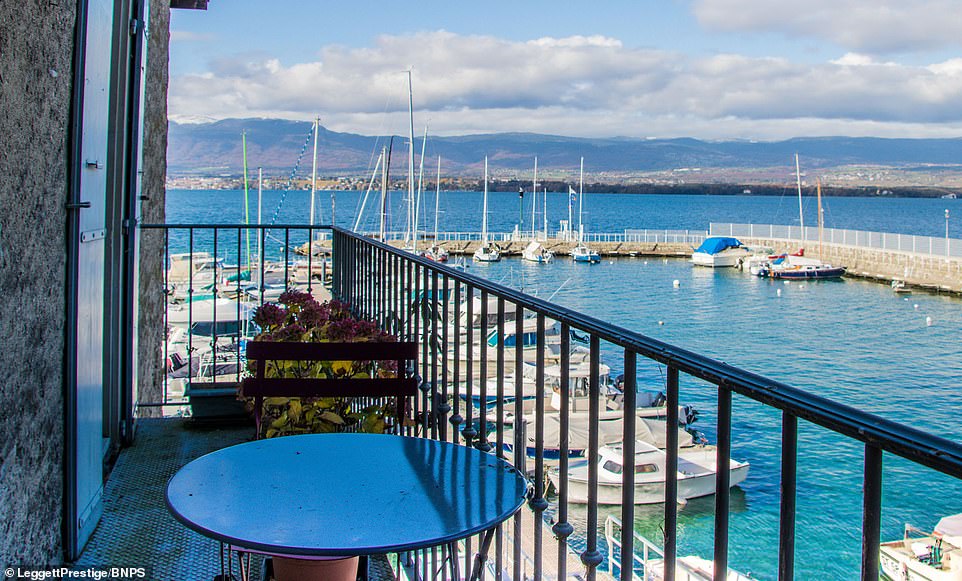 ‘It’s around an hour’s drive to get to the Portes du Soleil ski area so you can just take off for the day, if you want to.

‘Many years ago, when the alcoholic drink absinthe was legal in Switzerland, but banned in France, this house became a hotspot for smuggling across the lake from the Swiss side to the French side.

‘There are arches underneath the house, and under cover of darkness, this was the perfect docking point for the boats smuggling the contraband spirit into France.’

She said the house had been a family home to a French-American couple who had decided to downsize after their older children left home.

‘I think it would be the perfect family home for people with slightly older children. It’s a year-round home – you can sail or go to the beach in the summer and drive off to ski during the winter,’ she added.

Related posts:
Olivia Jade Giannulli: Those Fake Rowing Photos Are Ruining My Life!
The Chuck Cast Is Reuniting for a Virtual Table Read of an Episode Chosen by Fans
Popular News
21 Plus-Size Costumes You Can Easily DIY This Halloween
25/10/2020
Man Utd wonderkid Ramon Calliste, called ‘the next Giggs’, now owns luxury watch business and makes £5m a year – The Sun
26/03/2020
Megan Thee Stallion Addresses Criticism Over Twerking: ‘I Love to Shake My A**’
26/03/2020
Police guard shops to stop coronavirus panic-buyers and enforce social distancing – The Sun
26/03/2020
Coronavirus: Good Morning Britain’s Dr Hilary reveals ‘game-changing’ self-testing kit
26/03/2020
Recent Posts
This website uses cookies to improve your user experience and to provide you with advertisements that are relevant to your interests. By continuing to browse the site you are agreeing to our use of cookies.Ok