Skydiver's desperate race against time to untwist parachute as he plummets 14,000ft to earth

A SKYDIVER filmed the heart-stopping moment his parachute lines twisted while he plunged towards the ground during a 14,000ft jump.

Marine engineer Toms Vajeika, 30, was taking part in an angle skydive with his girlfriend and 25 others over Faro, Italy. 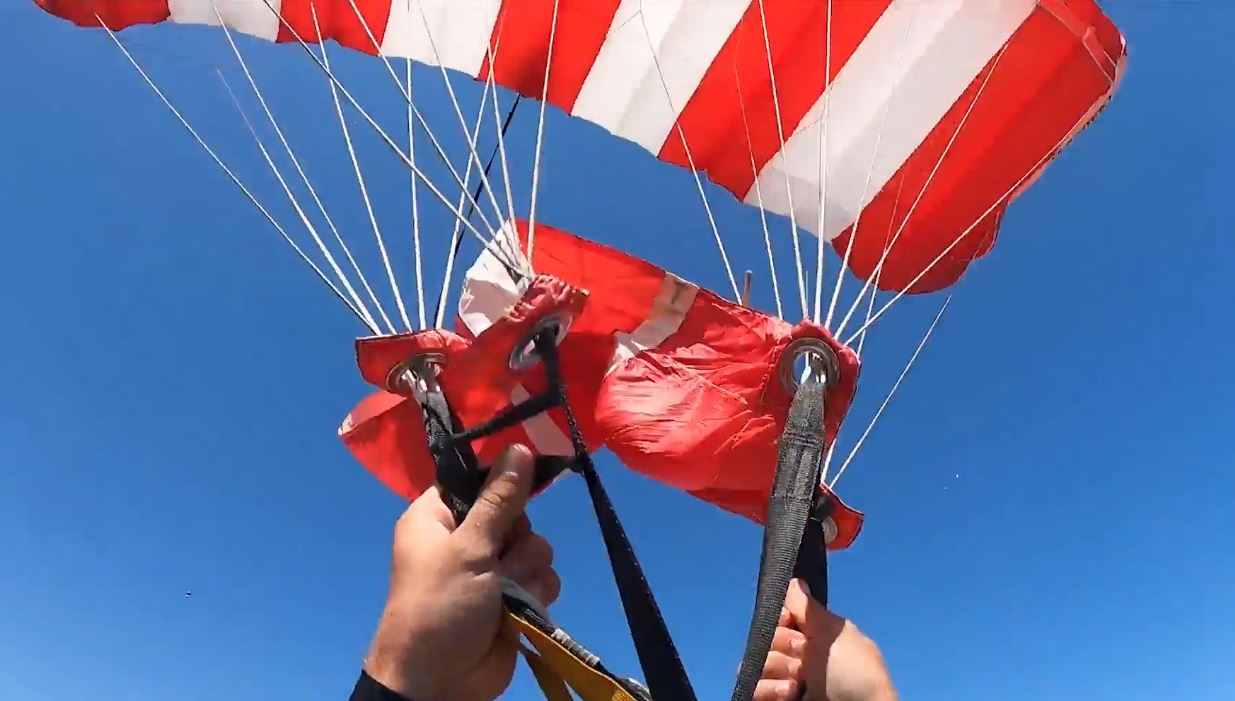 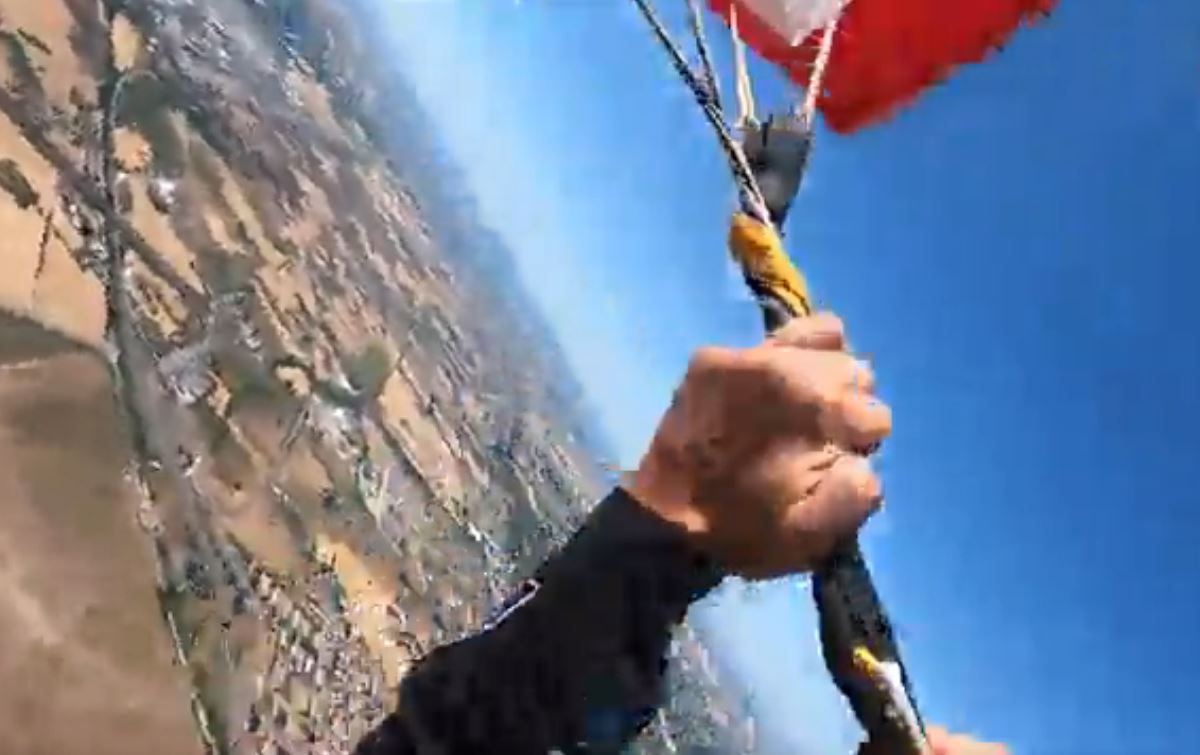 Footage shows the daredevil leap confidently out of the plane to join the others in the stunt on July 11.

As he fell at speeds of up to 170mph he released his parachute.

But video shows his feet spinning in the air and Mr Vajeika can be heard yelling as he realised the lines had tangled.

The clip then switches to footage from his girlfriend's head cam, which shows him struggling to get his parachute under control.

But while wildly spinning he managed to grab the lines to stop them twisting.

The skydiver then calmly untangled the parachute as he continued to plunge towards the ground. 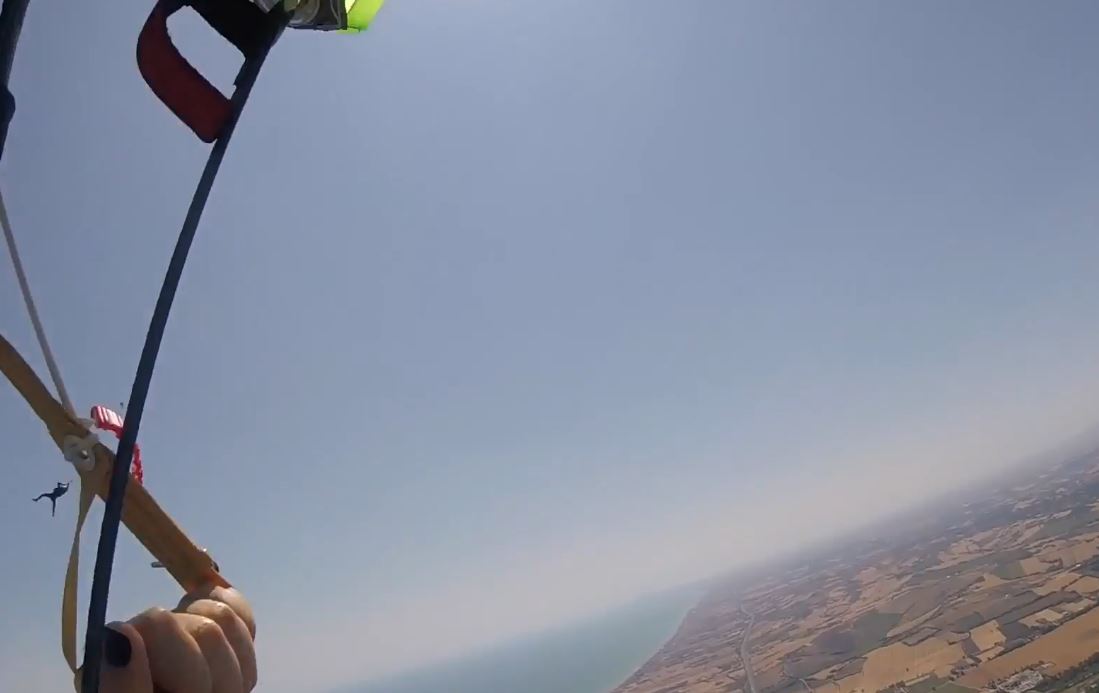 Thankfully, Mr Vajeika, from Riga in Latvia, regained control in time for a safe landing in a field alongside the rest of the jumpers.

Mr Vajeika, an experienced skydiver, recorded his 200th jump on June 12 and also lists his hobbie as kiteboarding, snowboarding and hockey. 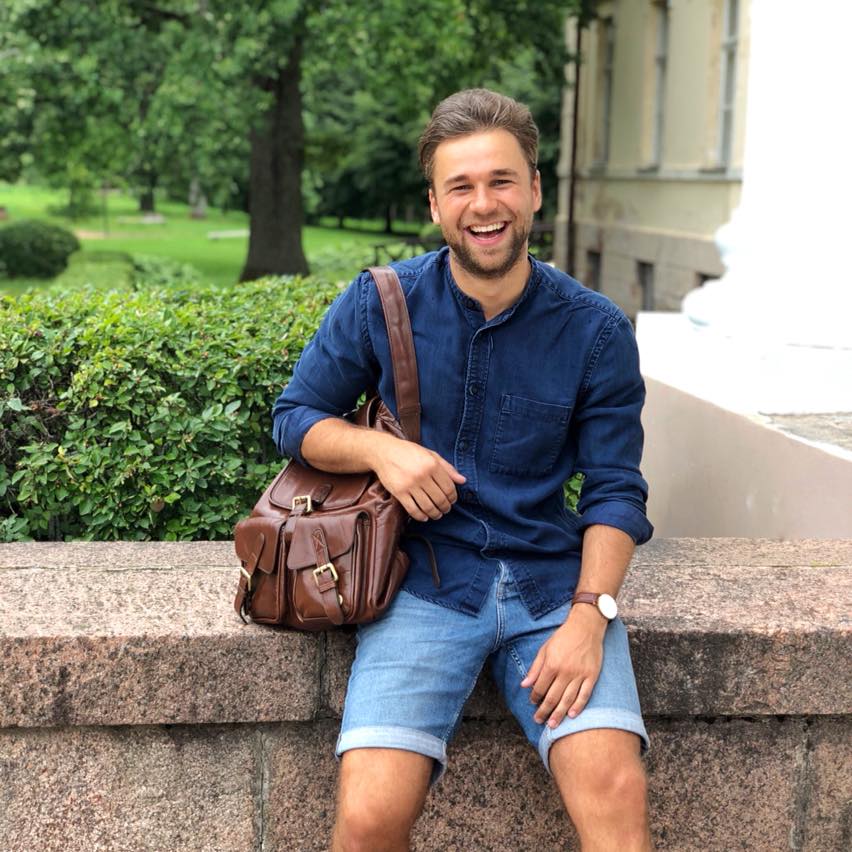