A SHOCKING scan image has revealed the first case of vaping-related lung disease in the UK.

As many people ditch the cigarettes more and more have moved onto vaping. 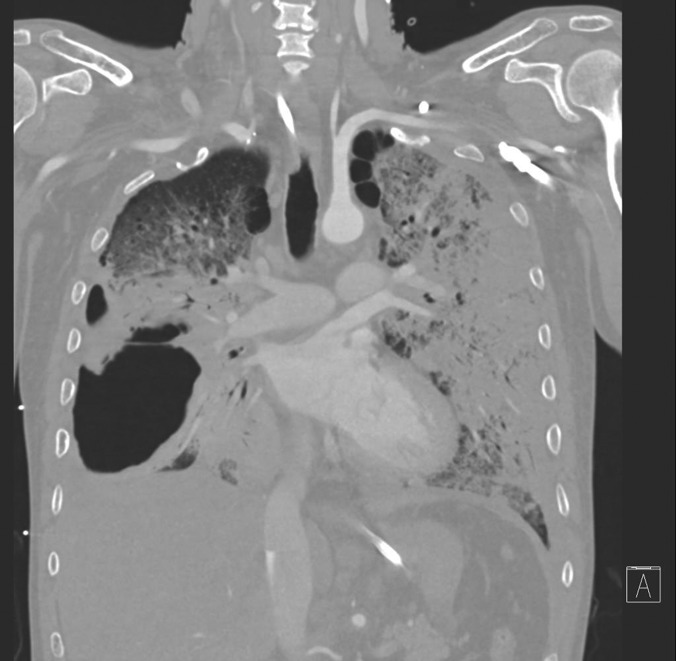 But now researchers at Royal Papworth Hospital have published details of the first known UK case of vape-related lung disease.

Experts say the scan photo is from a man in his 40s who was otherwise fit and healthy.

He presented at A&E and said he had been suffering from a shortness of breath and chest pains for around 10 days.

His only underlying health condition was the fact that he had previously had his appendix removed. 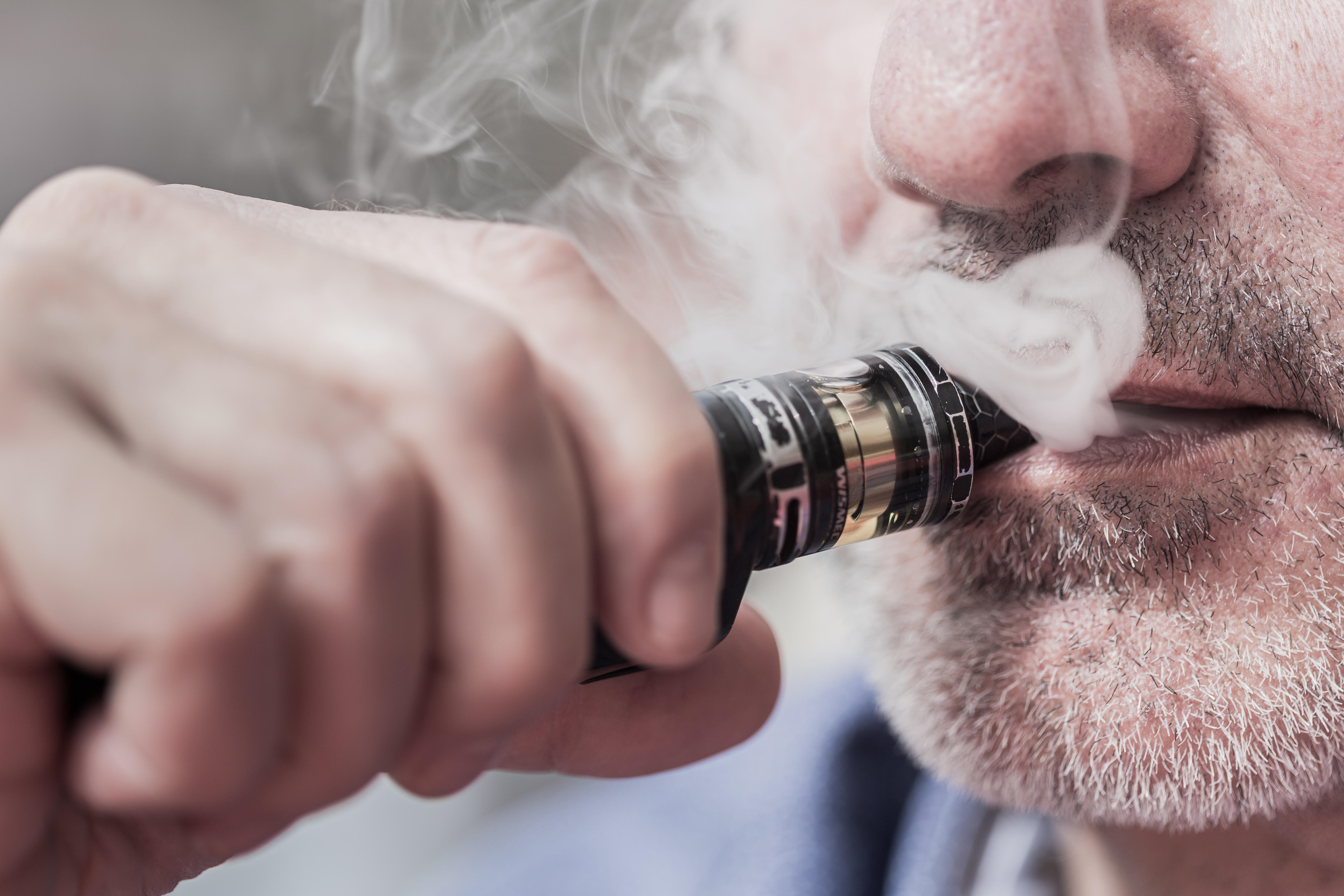 The term was developed by the CDC in the US in response to a multi-state outbreak of severe lung conditions.

There is currently no simple test for EVALI and experts work on a process of elimination as symptoms can be similar to other respiratory conditions.

The patient had previously been a smoker and had often used cannabis and admitted to occasional binge drinking.

Six weeks prior to his new symptoms, he had quit smoking and had started to use a peppermint flavoured vape.

The device he was using contained 18mg-ml of nicotine without tetrahydrocannabinol (THC).

When he arrived at the hospital he was struggling for oxygen and his heart was beating at an abnormal rate.

Within an hour doctors had to put him on a ventilator and he later developed severe acute respiratory distress syndrome (ARDS).

The scan shows a destructive process which experts say is consistent with ARDS.

The right lower lobe of the lung was also collapsed and fluid-filled blisters, known as bullous disease, were also noted.

Vaping hit the market around 10 years ago and in many places the products have been sold as an alternative to smoking.

There has been a huge uptick in their use, with the products available in various flavours.

This year several states in the US banned the sale of vaping products after other states such as Washington issued emergency rules to temporarily ban their sale in 2019.

It came after an outbreak of lung conditions and deaths which were blamed on frequent use of vaping products.

The Centers for Disease Control and Prevention (CDC) in the US has previously released guidance on conditions associated with vaping.

Doctors treating the patient said he met the confirmed diagnoses of e-cigarette or vaping-associated lung injury, known as EVALI.

They added: “His radiology highlighted a degree of pre-existing structural lung disease, in-keeping with his history of cannabis and cigarette exposure.

“His acute decline occurred within 90 days of vape exposure and in the absence of confirmed pulmonary infection or another plausible diagnosis.” 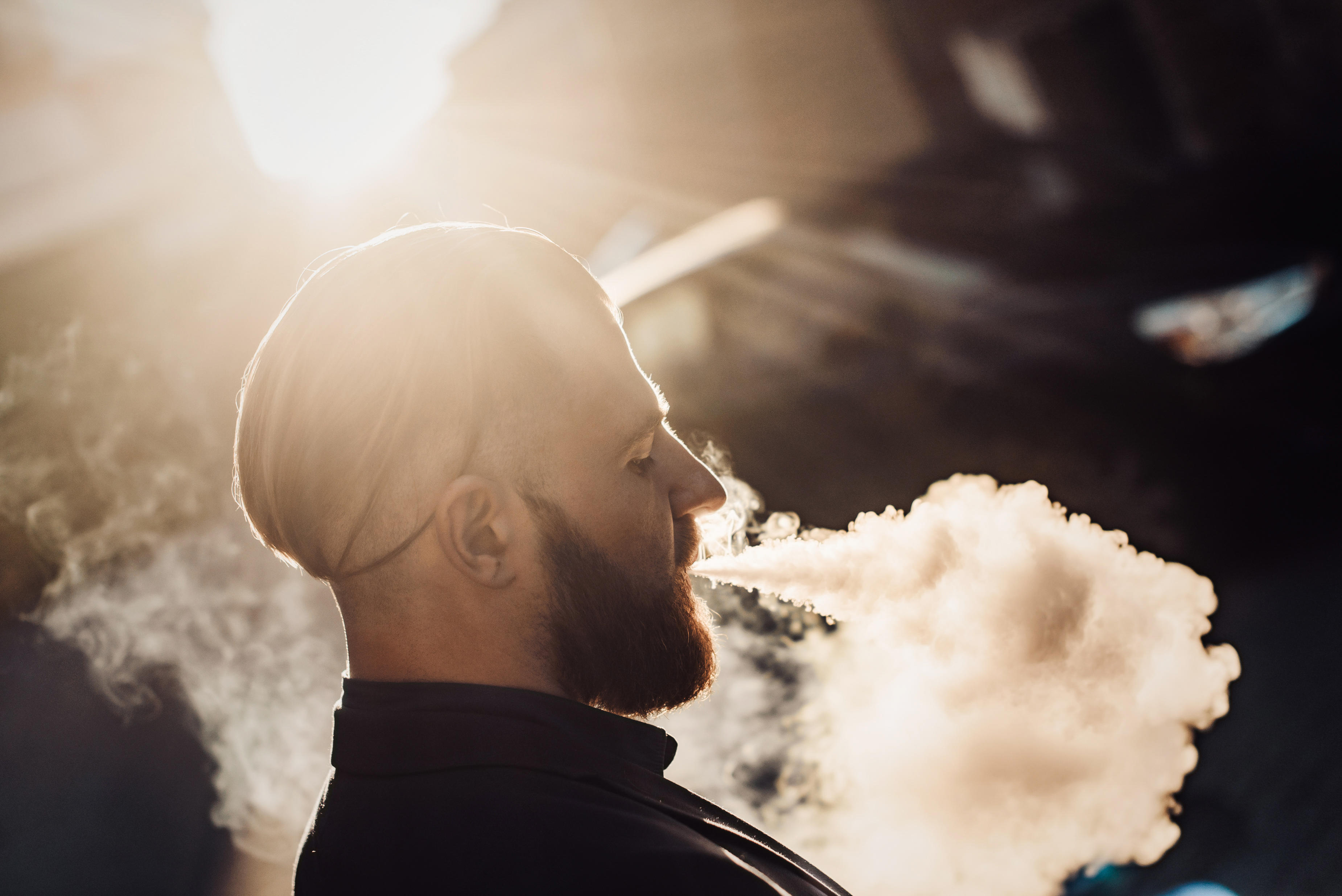 In the US the CDC has identified 2807 cases of lung injuries that required hospitalisation and 68 deaths that were associated with the use of vaping products.

Of those who have been hospitalised two thirds are men and they have a median age of just 24.

This is the first reported case outside of the US.

While it is still unclear how vaping damages the lungs the experts said Vitamin E acetate, which is used in mint and menthol flavoured products, are emerging as dangerous toxins.

In the UK regulations restrict vaping products to a nicotine strength of 20mg mg, and THC and Vitamin E acetate are not permitted.

There is not yet sufficient data to prove whether or not this is why the UK and Europe have lower EVALI cases.

The experts added: “The patient we present developed a life-threatening acute lung injury following exposure to a vaping device in the UK.

“He ultimately survived this acute illness and was repatriated to his referring hospital.

“This case highlights that EVALI is not an exclusively North American phenomenon and while the risks may be ameliorated by UK and European legislation to reduce inhaled toxicant exposure, there is an ongoing hazard of life-threatening lung injury associated with the use of these devices.”