SHOCKING footage shows the moment a water park worked rips a woman's lifejacket off her in front of her crying six-year-old daughter.

The incident occurred last week at Waterworld, an inflatable off-shore water park based in Browns Bay in Auckland, New Zealand. 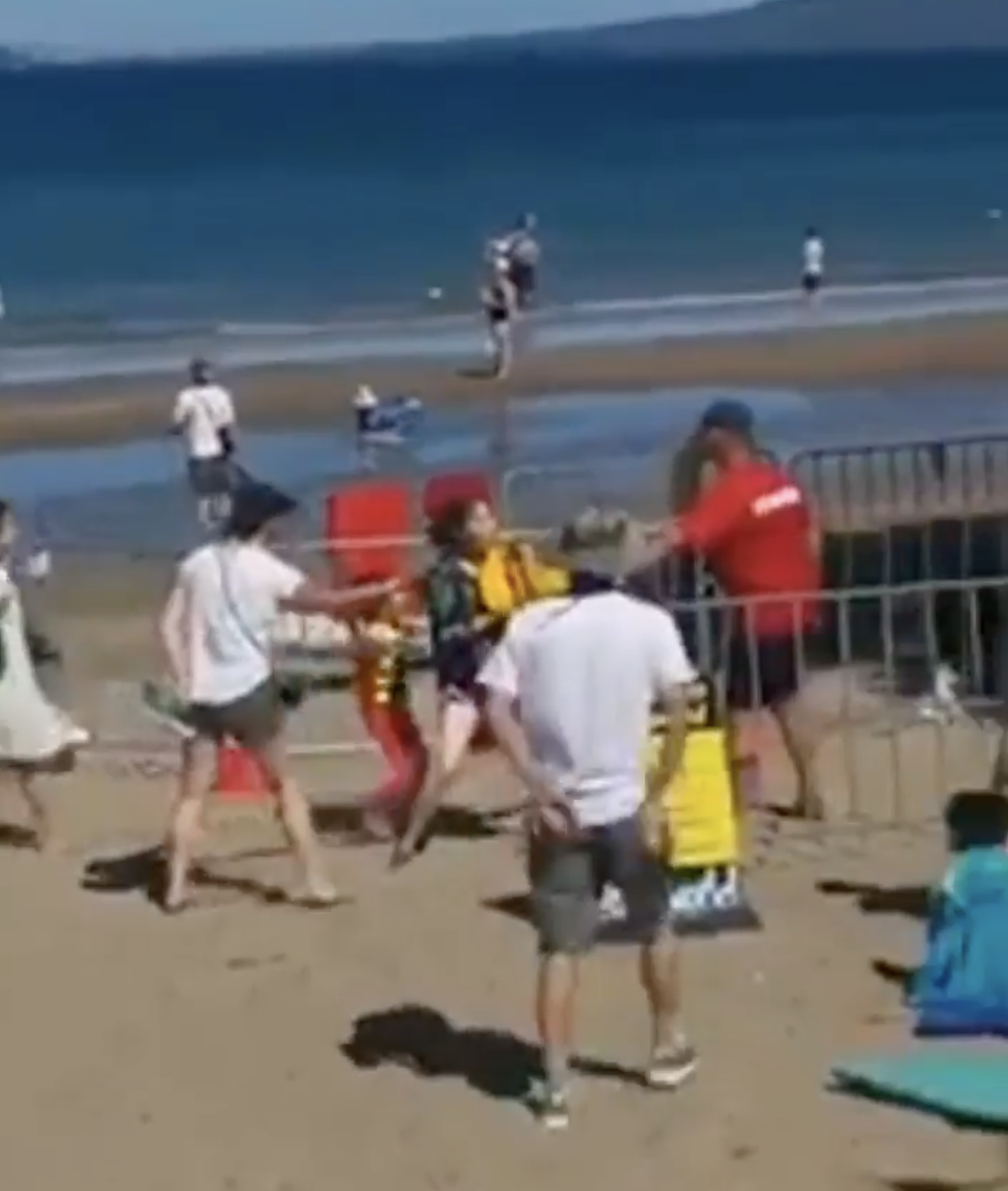 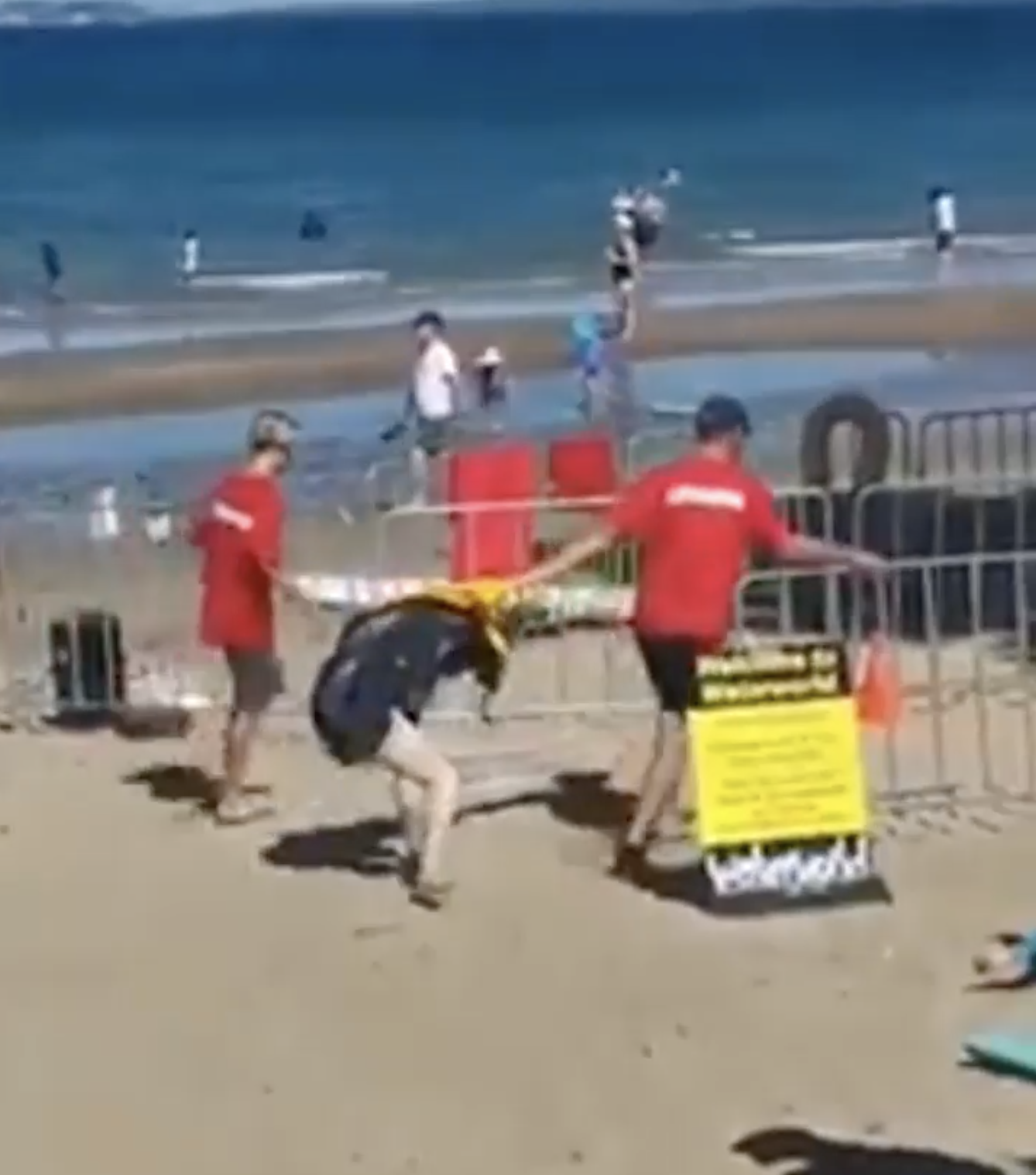 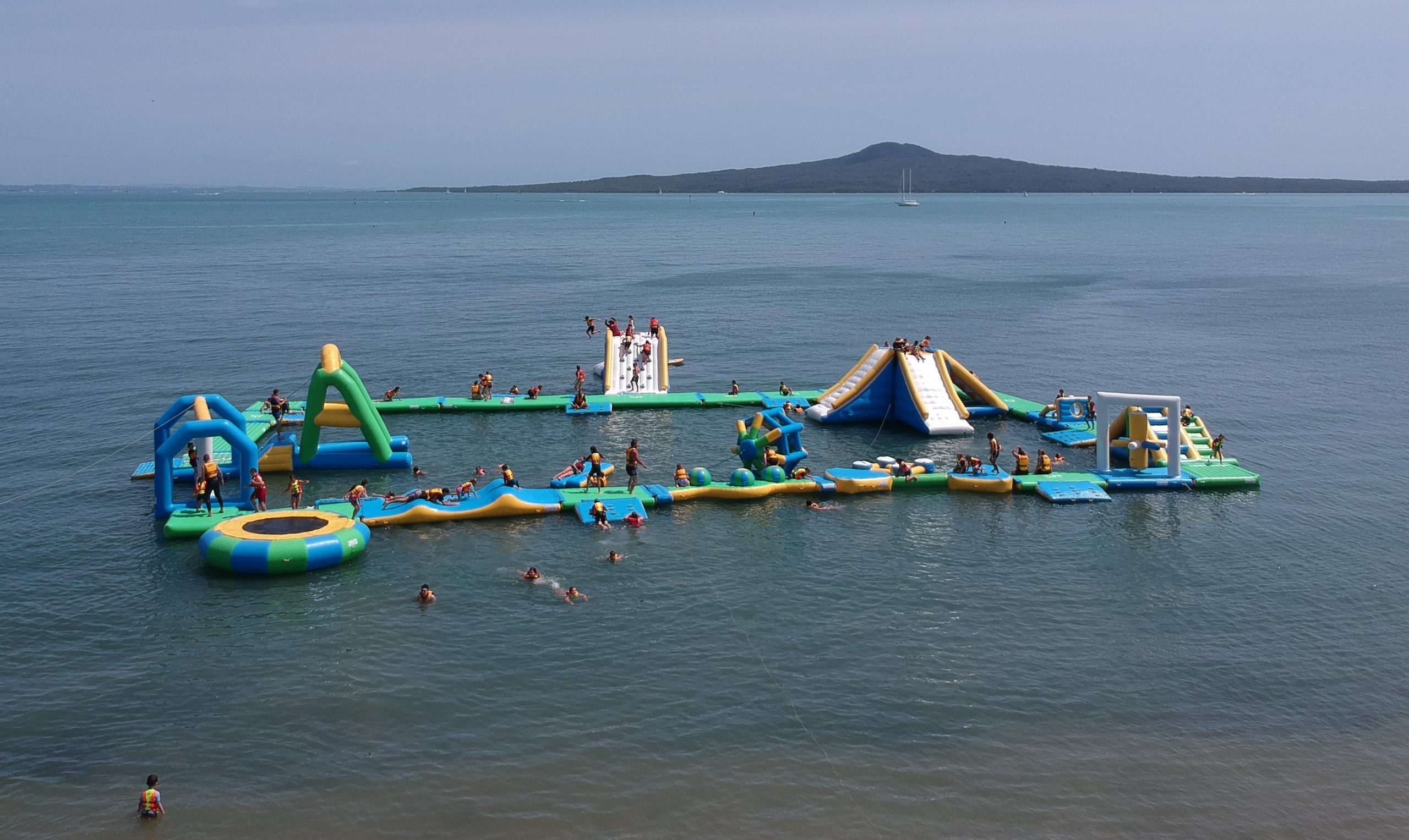 The woman, who chose to remain anonymous, said she attended the park with her daughter on January 6, nzherald.co.nz reports.

After arriving at a check-in stand and being given lifejackets, she was told that each child using the park, as well as an accompanying adult, needed to be able to swim.

The woman's daughter could swim but she couldn't.

She asked the company for a refund, but was told the requirement was stated clearly on the company's online booking form and that no refund could be provided.

She said she decided to use the lifejackets to allow her daughter to at least play in the shallow water off the beach for the duration of the one-hour session.

She said she walked away from the stand but was followed by a male member of staff and told to hand the lifejackets back and leave.

Footage shows the man trying to wrest the lifejacket off the woman as she resists.

The pair appear to be talking during the tussle.

The man then begins pulling the woman back towards the station by the jacket, and as the jacket comes off over her head she grabs it and the two enter a tug of war.

At this point, the woman's daughter is seen running over in tears to hug her mum.

A lifeguard then takes the girl away to a spot nearby while the woman and staff member continue to argue.

Speaking to the NZ Herald, the woman said: "I thought I have the right to use the life jacket for the hour because they wouldn't refund me.

She said she didn't give up the jacket because no staff member had explained to her why she had to.

"No matter as a human being or as a consumer, I think my rights haven't been respected," she said.

"I think me and my child have been insulted in the public."

Waterworld director Kel Travers, the man in the footage, expressed regret over the incident, but said the tussle only began because he was "holding the lifejacket and she started to thrash".

He said the woman was not allowed to go elsewhere with the jacket because it "creates opportunity for theft and liability with lifeguards not monitoring the water she would have been swimming in".

He also alleged that the woman had threatened to steal the jacket.

"She told me that she was taking it because she couldn't get a refund and we stopped her from stealing the jacket," he said.

He added that the woman had wanted staff to take her and her daughter out to the park by boat, but the request was refused because there would have been a "high chance that she might have drowned and one of our life guards may have missed it".

"I was making sure that they didn't go into water. They couldn't swim," he said.

"At the end of the day, it's about people's safety. That is the number one rule. There is nothing else and there's no compromise on that."

The woman phoned the police following the incident, but was reportedly told altercation was a civil matter. 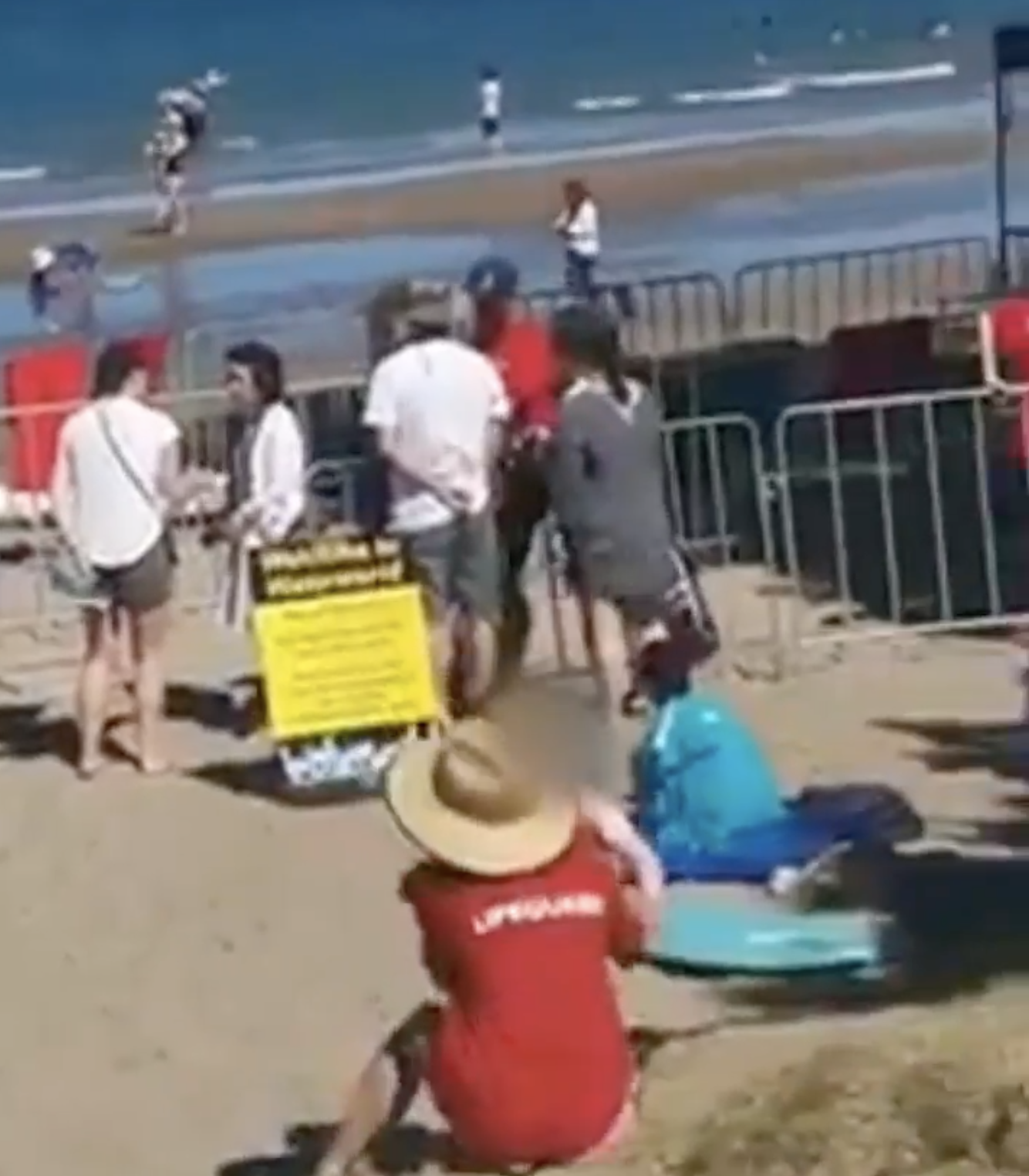 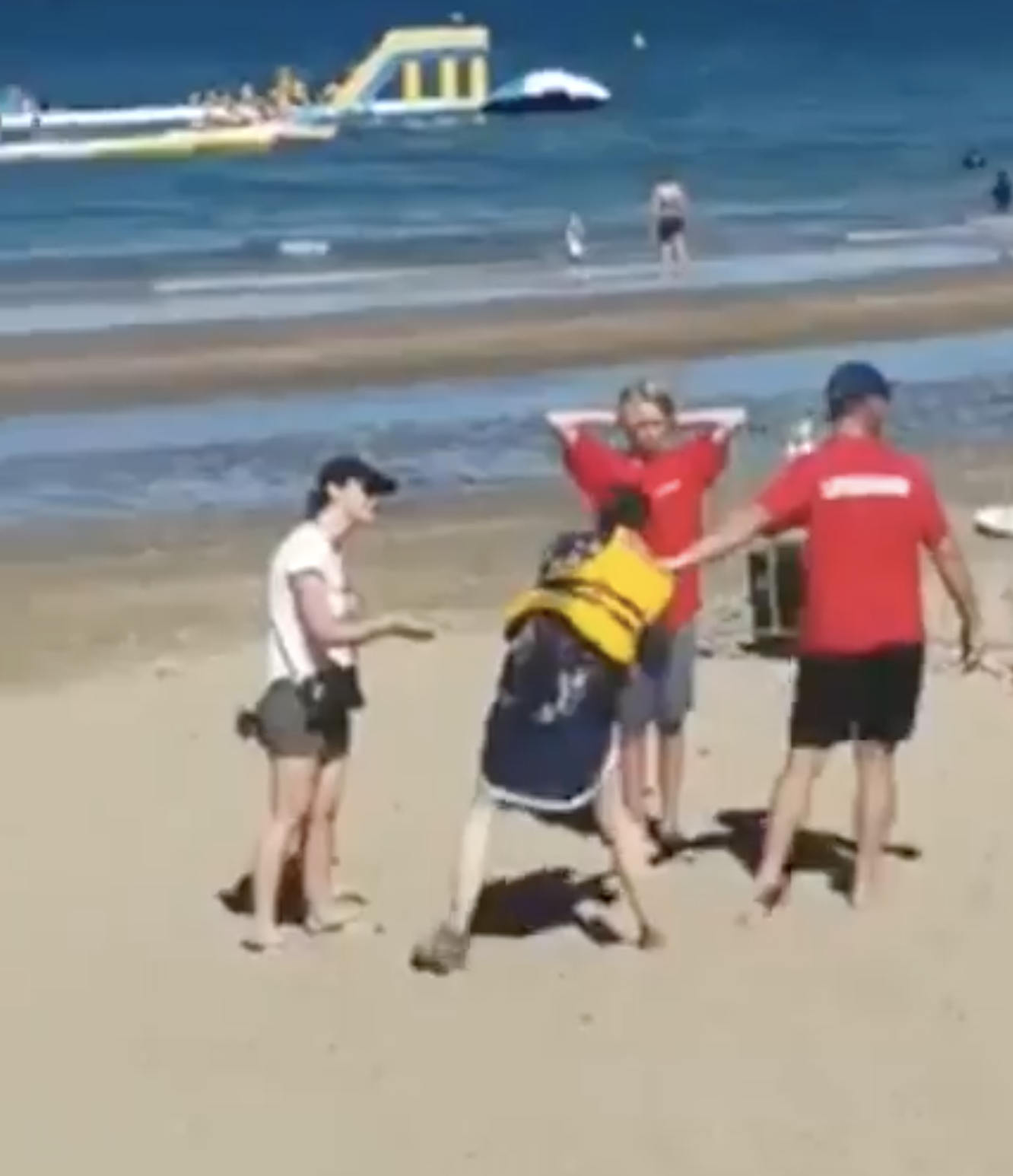