Home » World News » Shock moment woman, 81, is repeatedly slammed on sidewalk by brute who snatched her purse – The Sun

Shock moment woman, 81, is repeatedly slammed on sidewalk by brute who snatched her purse – The Sun

AN elderly woman was brutally robbed in California on Monday afternoon — a shocking scene that was caught on camera.

The 81-year-old woman was attacked around 4.30pm in broad daylight in San Francisco, police said. 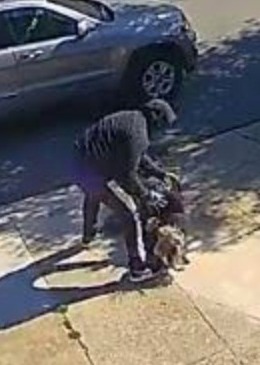 Home surveillance footage that captured what happened showed the woman walking down the sidewalk when suddenly the suspect jumped out of the backseat of a nearby car.

The woman struggled with the man, who then threw the woman to the ground.

As he tried to steal her purse, he repeatedly slammed the woman to the sidewalk, the security video shows.

The man briefly dragged the woman as she tried to hold onto her bag, but he soon got into the car, which showed a getaway driver inside. 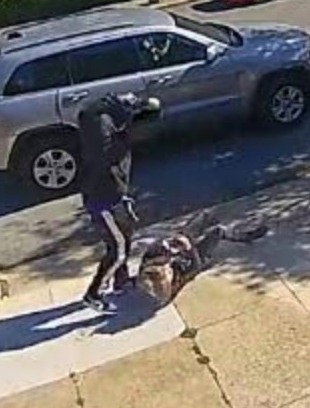 The vehicle drives off as the 81-year-old stand there before continuing to walk the direction she had been before she was attacked.

According to Bay Area news station KNTV, the woman was not injured.

Her purse that was stolen contained a wallet with money.

Police believe the suspect to be a man in his 20s or 30s weighing roughly 230 pounds, and the car was described as a silver Jeep Cherokee.

New neighbors Saranya Sundaragan and Ameya Gokarn told KRON-TV: “It’s like they were preying on, you know, looking for the right prey to go after and in broad daylight.”

“It’s a little bit frightening that a neighborhood that is known to be a little more quiet and safe that something like that would’ve happened, certainly that they were camped out in a car that’s frightening,” Sundaragan said.

Anyone with information about the attack is urged to contact the San Francisco Police Department at 415-837-7000.