Two black bears decided to make a porch in Banner Elk, North Carolina their wrestling ring, which was caught on a Nest porch camera.

The footage was recorded on March 27, marking the first bear sighting the homeowners had observed this year.

The video starts with the two bears seemingly engaged as one backs its way further on to the porch.

As it does so, the other bear slowly follows as the two prepare for a standoff. 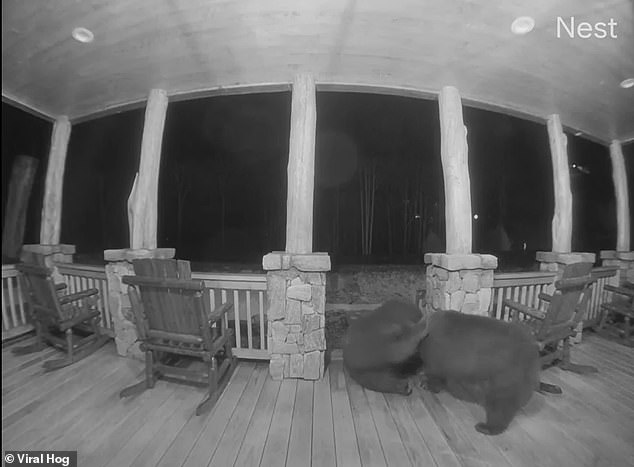 A flash of light can be seen in the background, suggesting the bears may have been on the porch to avoid an approaching lightning storm.

Suddenly, the bear closer to the camera becomes the aggressor, lunging at the farther bear as it falls down, trying to wrap its arms around its attacker in the process.

The attacker then backs away again in the direction of the camera, with its former victim in pursuit. 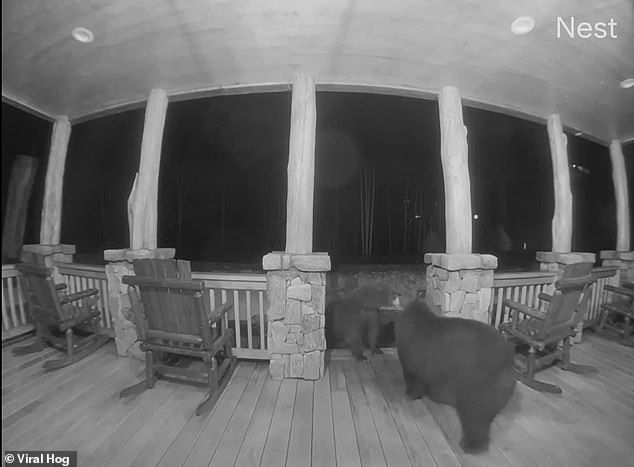 The video starts with one bear backing away on the porch, towards the camera 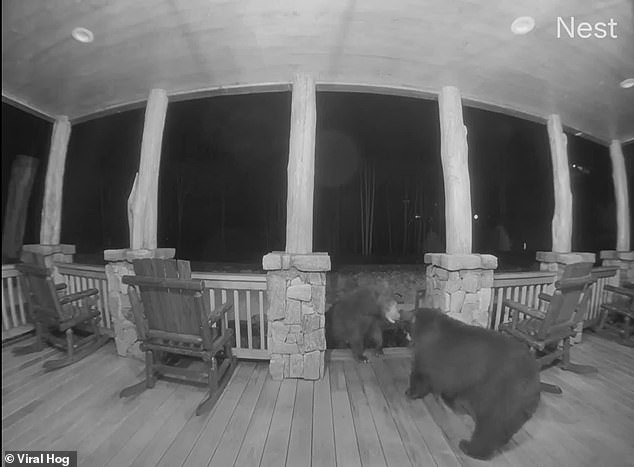 The other bear is in hot pursuit, slowly stalking the bear further on to the porch 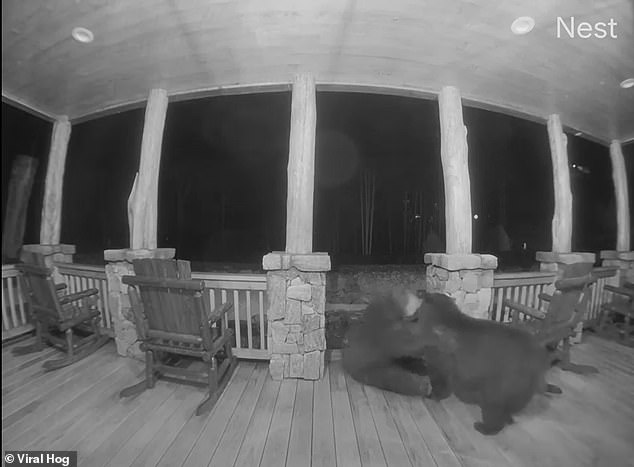 They suddenly engage with one another, starting to playfully wrestle on the porch

The bear lunges as its opponent, who has drifted out of view of the camera, for a brief moment.

One of the bears then appears to lose interest in the playful fight as it walks off the porch, with the other following as the video ends.

The bears spent at least 20 minutes in total hanging out and battling one another on the porch. 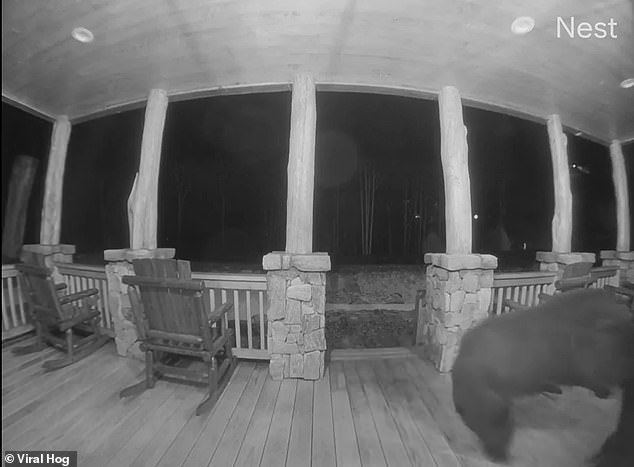 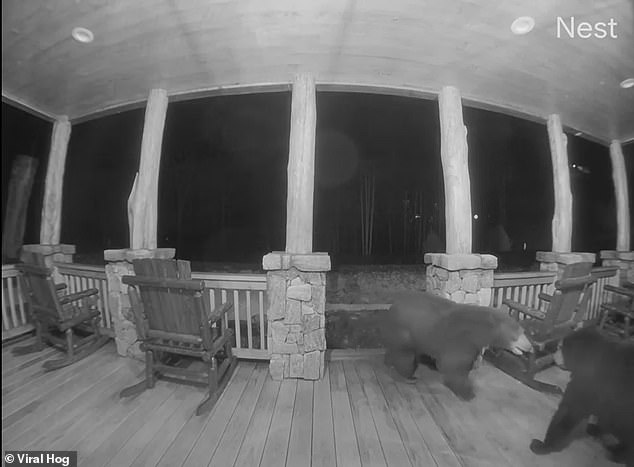 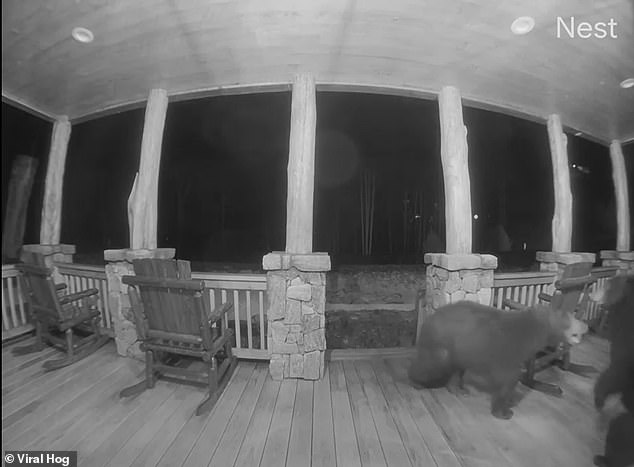 Black bears are common in North Carolina, with approximately 11,000 as of the late 2000s

It’s difficult to tell what kind of bears they are because the video is in black-and-white.

According to ncwildlife.org, however, black bears are the only kind found in North Carolina.

As of the late 2000s, approximately 11,000 bears lived in North Carolina, occupying half of the state’s total land area.

Male bears in the state sometimes fight one another during the summer breeding season. 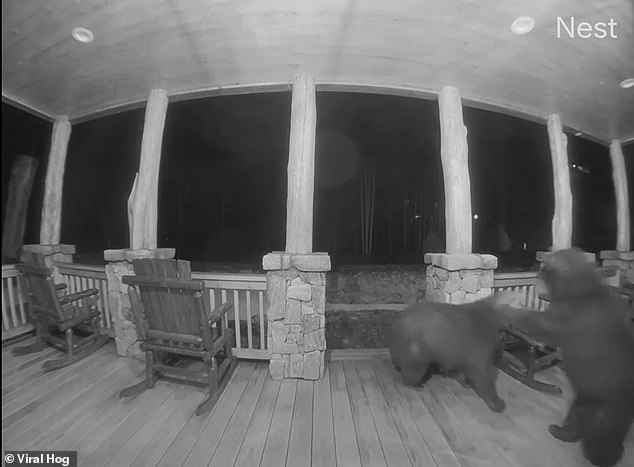 They don’t go near humans or their residences, unless they are in search of food

They can also move as quickly as 35mph while covering short distances.

These bears typically go into hibernation beginning at the end of November and emerge in March or April, depending on the weather.

Black bears are typically very shy and avoid humans, though they’re known to wander into towns in search of food.

Female bears can weight anywhere from 100 to 300lbs, while male bears stretch from 200 to 700lbs, meaning humans should avoid getting into wrestling matches with them.