SAS troops are to be kitted out with a "game changer" combat gun which shoots around corners.

The state-of-the-art CornerShot allows soldiers to take out targets without exposing themselves to return fire. 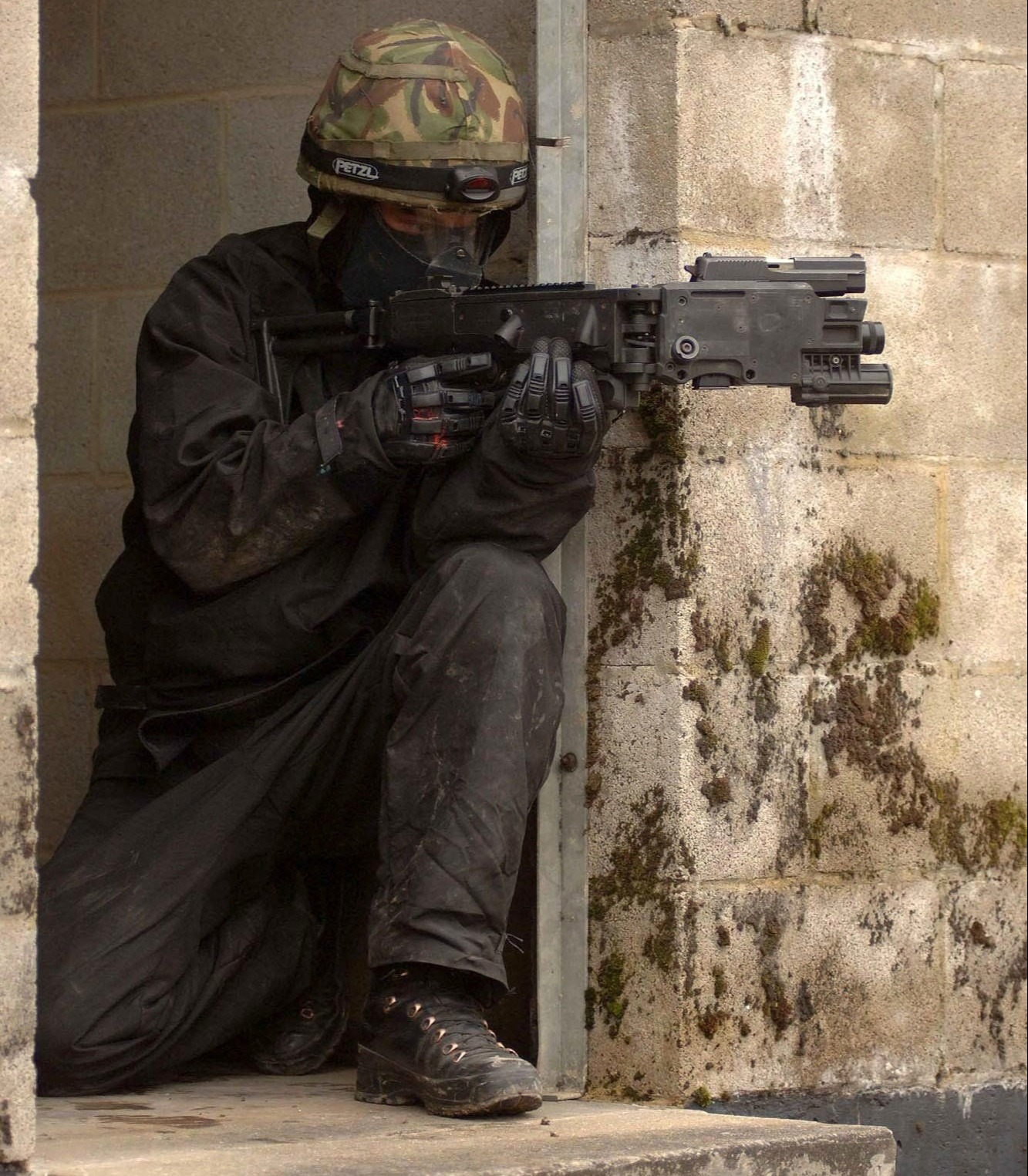 The unique battle weapon's barrel is hinged which means it has the ability to twist up to 90 degrees.

A video camera gives the user a live feed and the weapon can be fitted with a silencer, guidance lasers and even a grenade launcher.

Golan, designer of the CornerShot, says the bendy firearm removes the risk to the user of “initial exposure” to gunfire.

Among the most dangerous moments in an urban assault are when the soldier up front has to poke their head around a corner or doorway.

Four versions are believed to be on trial with the elite fighting unit, reports the Sunday Mirror.

The gun allows a soldier uses buttons to tilt the weapon left or right, allowing them to remain out of sight on the battlefield.

It can also be used to search underneath suspect vehiclces and to scan rooms before entering.

One military source told the Sunday Mirror the weapon was “a fantastic piece of equipment and a game changer on operations”. 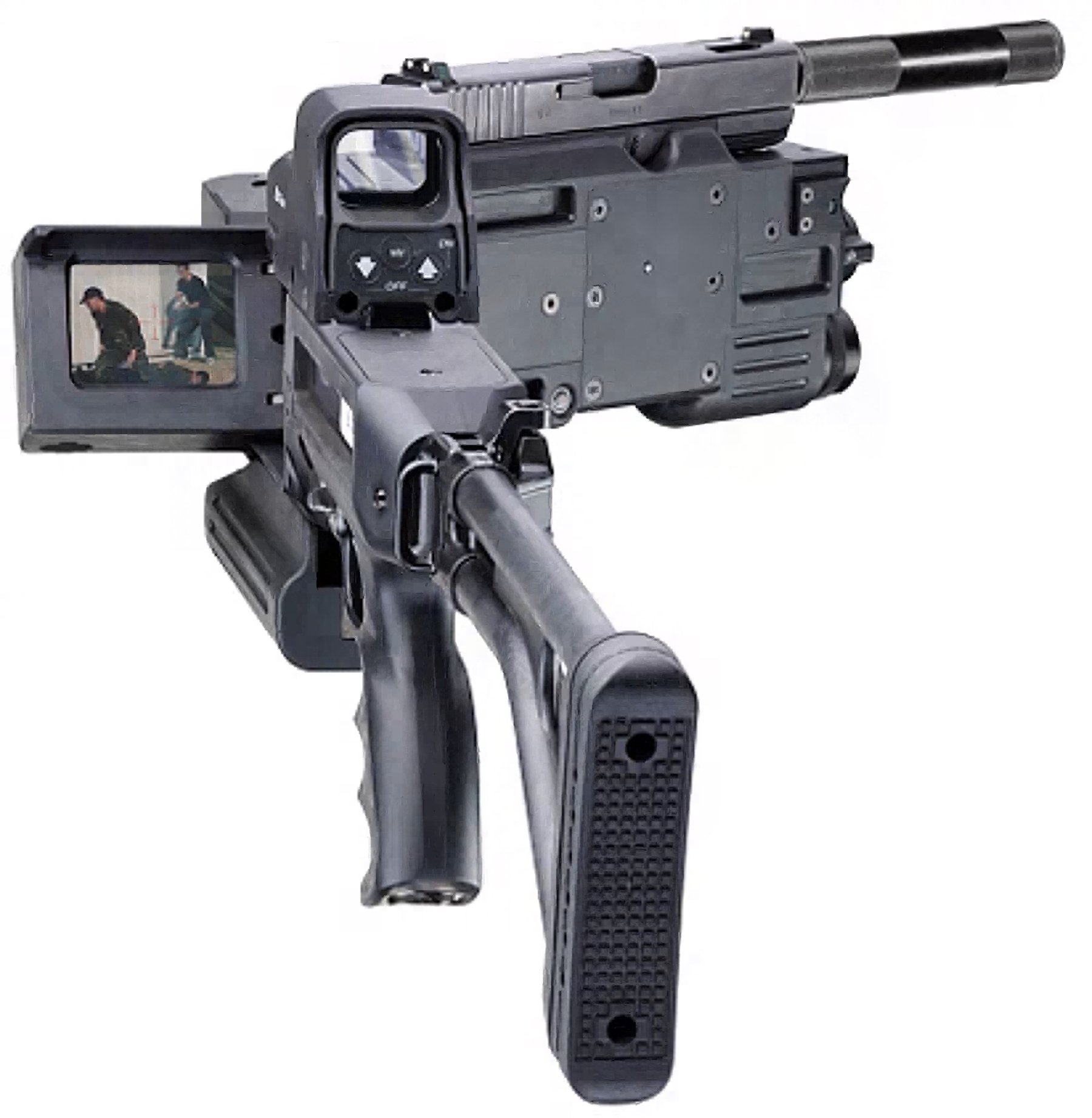 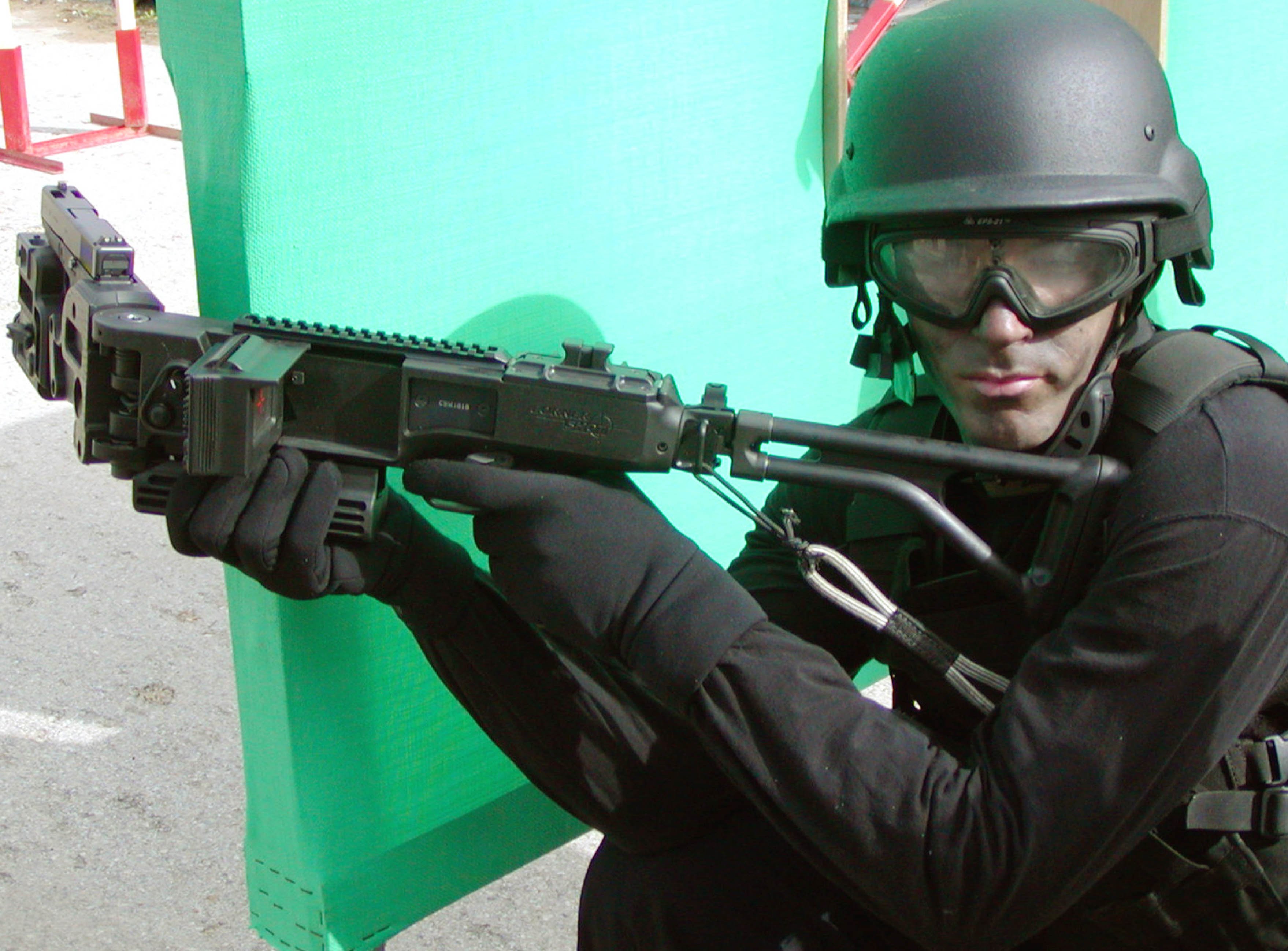 He added: “Being able to shoot accurately around a corner when street fighting is the holy grail of urban combat. This will be a life-saver.

"Every time you move around a corner or open fire from a corner, you expose yourself.

"It happens all the time and a lot of soldiers were killed in Northern Ireland and in Afghanistan trying to take up a position on a corner of a building."

As then main role of the SAS is to support operations in urban area the gun will "get a lot of use", the source added.

Earlier this month, we reported how US troops are to given new state-of-the-art goggles which will allow them to see through walls.

The AI gadgets will enable soldiers to peer through the sides of combat vehicles.

The military is developing its Integrated Visual Augmentation System (IVAS) for close-combat troops to use in the heat of battle.

They are the latest hi-tech gadgets being introduced by the military to drastically change the face of modern warfare.

The goggles work by incorporating feeds from other omni-directional cameras mounted elsewhere.

For instance, cameras attached to the outside of armored trucks could allow soldiers to effectively “see” through the walls of vehicles.

Related posts:
This Rustic Coffee Table Has a Hidden Storage Compartment and Doubles as a Desk — All for Under $140
Watch Luka Modric break down in tears after Croatia team-mates give him standing ovation for becoming most-capped player
Popular News
Susanna Reid halts GMB to pay tribute to co-star: ‘Sorry to spring this on you’
21/04/2021
Man Utd wonderkid Ramon Calliste, called ‘the next Giggs’, now owns luxury watch business and makes £5m a year – The Sun
26/03/2020
Megan Thee Stallion Addresses Criticism Over Twerking: ‘I Love to Shake My A**’
26/03/2020
Police guard shops to stop coronavirus panic-buyers and enforce social distancing – The Sun
26/03/2020
Coronavirus: Good Morning Britain’s Dr Hilary reveals ‘game-changing’ self-testing kit
26/03/2020
Recent Posts