Ryanair has announced it will further reduce its operations due to coronavirus travel restrictions and blamed ‘government mismanagement’ for lack of customer confidence in travel.

The budget airline said its capacity in October will be 40% of 2019 levels, compared with the 50% it previously announced.

The firm said it expects to fill 70% of seats on its planes.

A Ryanair spokesperson said: ‘We are disappointed to reduce our October capacity from 50% of 2019 to 40%.

‘However, as customer confidence is damaged by government mismanagement of Covid travel policies, many Ryanair customers are unable to travel for business or urgent family reasons without being subjected to defective 14-day quarantines. 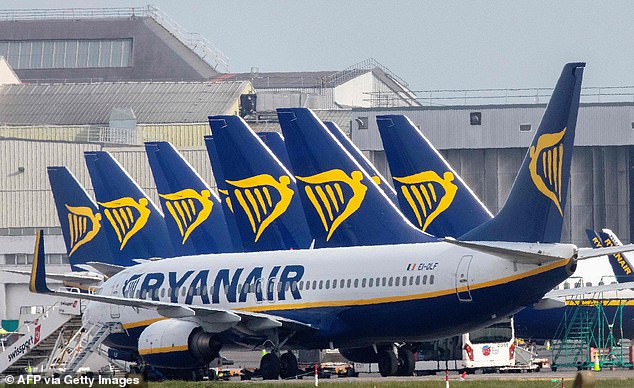 ‘While it is too early yet to make final decisions on our winter schedule (from November to March), if current trends and EU governments’ mismanagement of the return of air travel and normal economic activity continue, then similar capacity cuts may be required across the winter period.’

Ryanair called on the Irish government to halt its ‘excessive and defective travel restrictions’, which include 14 days of self-isolation for arrivals.

The UK Government announced on Thursday that quarantine restrictions will be imposed on travellers from Slovenia and Guadeloupe from Saturday.

But travellers returning from Thailand and Singapore will no longer have to quarantine after they were added to the UK safe travel list tonight.

Announcing the latest changes to the travel corridors list tonight, Transport Secretary Grant Shapps tweeted: ‘Latest data shows we need to remove Slovenia and Guadeloupe from the Travel Corridor list to keep everyone safe. This means if you arrive in the UK from these destinations after 4am Saturday, you will need to self-isolate for 14 days.

‘Separately, we will be adding Singapore and Thailand to the Travel Corridor list. Please check before you travel as both countries may have extra requirements before entering.

‘A reminder that travellers to the UK (from ANY location) MUST complete a Passenger Locator Form by law. This is vital in protecting public health & ensuring those who need to are complying with self-isolation rules.’

A DfT spokeswoman added: ‘People arriving in England from Slovenia and Guadeloupe from 4am Saturday September 19 will need to self-isolate for two weeks as the countries are removed from the travel exemptions list.

‘Data from the Joint Biosecurity Centre and Public Health England has indicated a significant change in both the level and pace of confirmed cases of coronavirus in both destinations, leading to Ministers removing these from the current list of Travel Corridors.

The UK Government currently uses a threshold of 20 cases per 100,000 when it makes decisions on whether to add or remove countries from its quarantine list.

The decision to remove the quarantine requirement for arrivals from Thailand and Singapore is unlikely to lead in a surge of people from England visiting the destinations.

The countries are only allowing people to enter for a limited number of reasons, such as if they have a work permit or are the spouse or child of a resident.

Denmark retained its quarantine exemption, despite its seven-day case rate being 33.8. 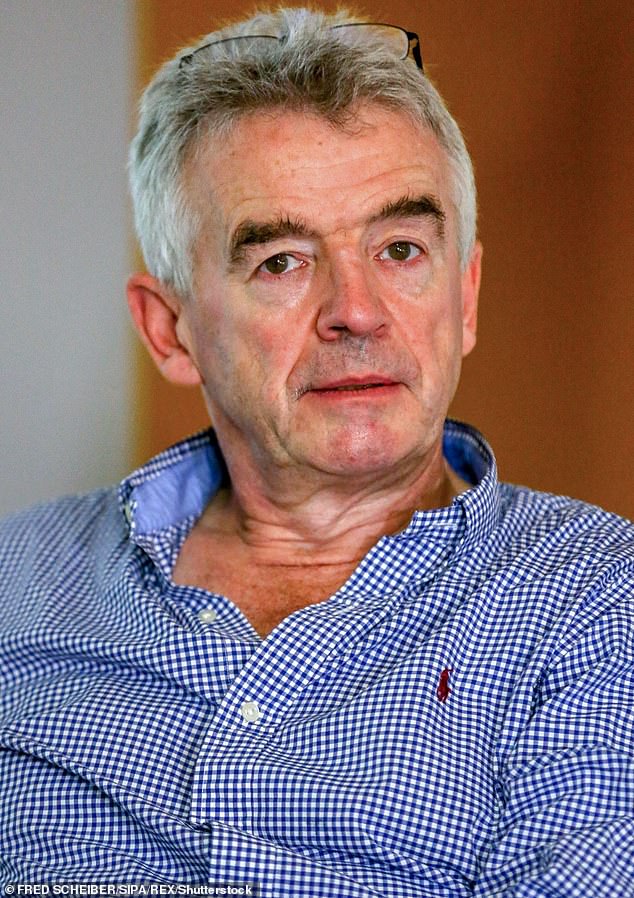 In a statement, Ryanair described the latest announced capacity reductions as ‘necessary due to damage caused to forward bookings by continuous changes in EU Government travel restrictions and policies’.

The firm says many of the restrictions are introduced at short notice, which ‘undermine consumers’ willingness to make forward bookings’.

Michael O’Leary, Ryanair’s CEO, has previously described the coronavirus pandemic has the ‘worst downturn we have ever had in our 100-year industry.’

Mr O’Leary has said this winter is a ‘write-off’ and said the UK quarantine system was ‘lumpy and defective’.

Last week, the CEO hit out at the UK and Irish governments in an interview with Sky News and said ‘there is more chance of catching Covid in Bolton than Barcelona’.

He said: ‘The aviation industry across Europe has been bedevilled by government mismanagement of travel restrictions and quarantines.’

He pointed to Italy and Germany as countries who had ‘safely returned’ to intra-European travel and had ‘much better’ tracing and testing systems than Britain or Ireland.

He said customers had no confidence in booking future holidays because ‘you’ve got the UK government locking down Bolton one day, Preston another day’ and said they were ‘making stuff up as they go along’.

Related posts:
Dentist slammed for selling £5 masks and BANNING patients using theirs
Miley Cyrus poses topless and says she has more time to 'video herself stripping naked' now she's single
Popular News
Obi-Wan Kenobi Disney Plus Series Starring Ewan McGregor Begins Filming In March
21/10/2020
Man Utd wonderkid Ramon Calliste, called ‘the next Giggs’, now owns luxury watch business and makes £5m a year – The Sun
26/03/2020
Megan Thee Stallion Addresses Criticism Over Twerking: ‘I Love to Shake My A**’
26/03/2020
Police guard shops to stop coronavirus panic-buyers and enforce social distancing – The Sun
26/03/2020
Coronavirus: Good Morning Britain’s Dr Hilary reveals ‘game-changing’ self-testing kit
26/03/2020
Recent Posts
This website uses cookies to improve your user experience and to provide you with advertisements that are relevant to your interests. By continuing to browse the site you are agreeing to our use of cookies.Ok