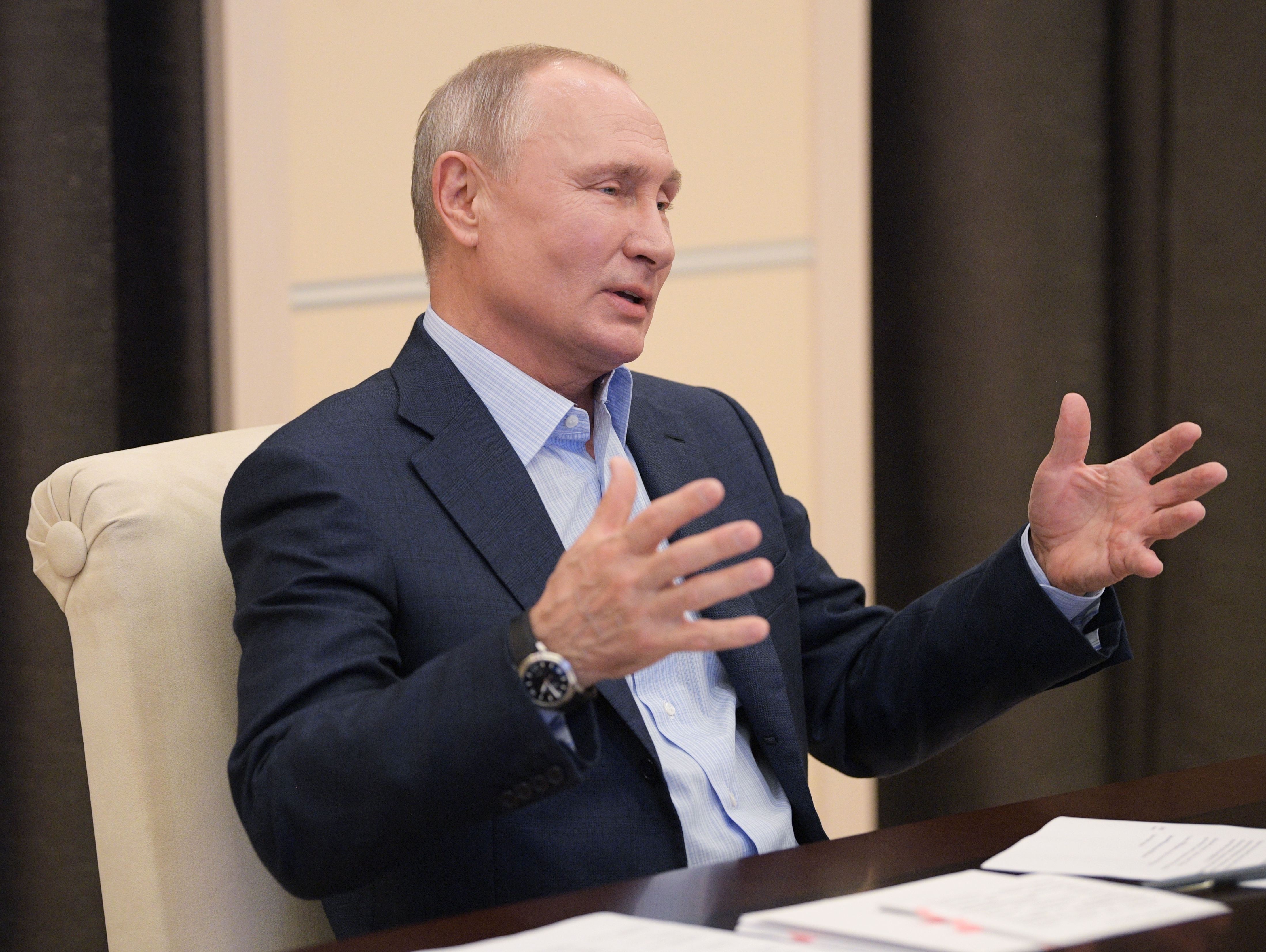 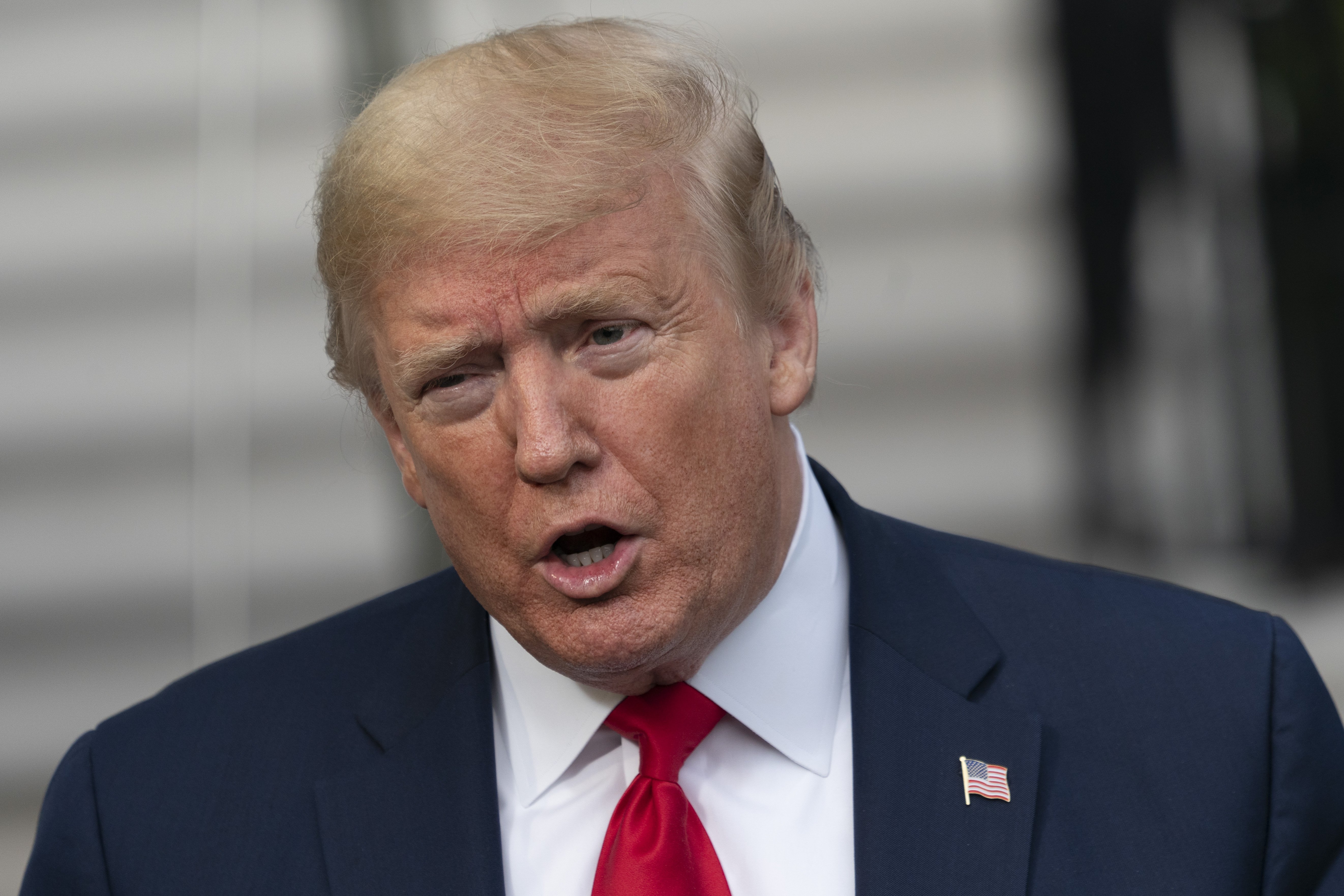 A FEMA spokesperson told ABC News: “The State Department received a final invoice from the Government of Russia for $659,283.

According to the federal government, the supplies and personal protection equipment were transferred to New York and New Jersey state officials.

However, it is unknown if the equipment was given to medical workers or remains unused.

Moscow referred to the delivery as "humanitarian aid" that New Yorkers would be appreciate. 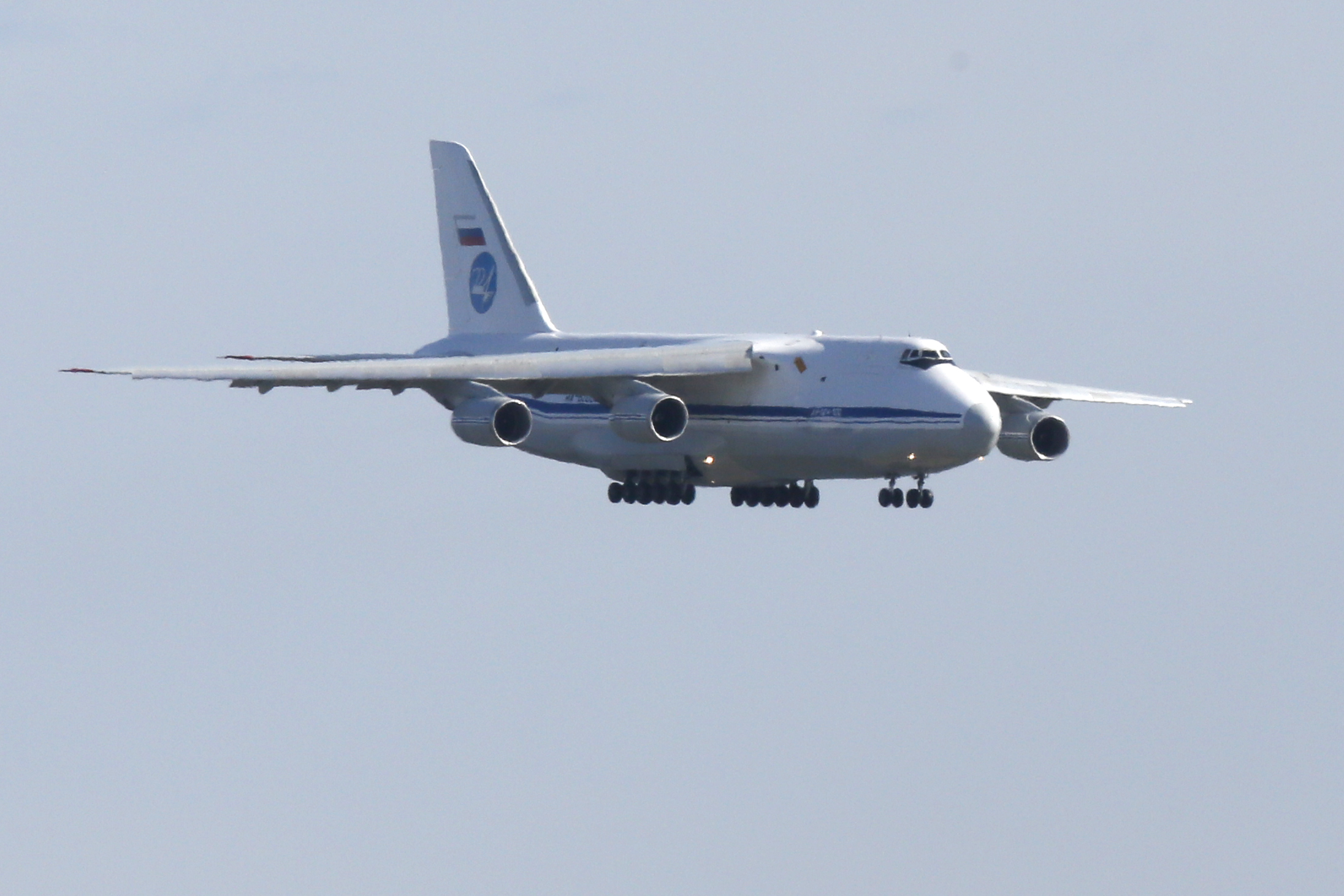 Half of the cost of the shipment was covered by Russia, according to the country's foreign ministry.

"And it was a large plane of very high-quality medical supplies, and I said ‘I’ll take it.'"

Trump said he talked with Putin on March 30 about the shipment.

He also admitted he was "not concerned about Russian propaganda. Not even a little bit."

According to the State Department, the US "agreed to purchase" needed medical supplies after the phone call. 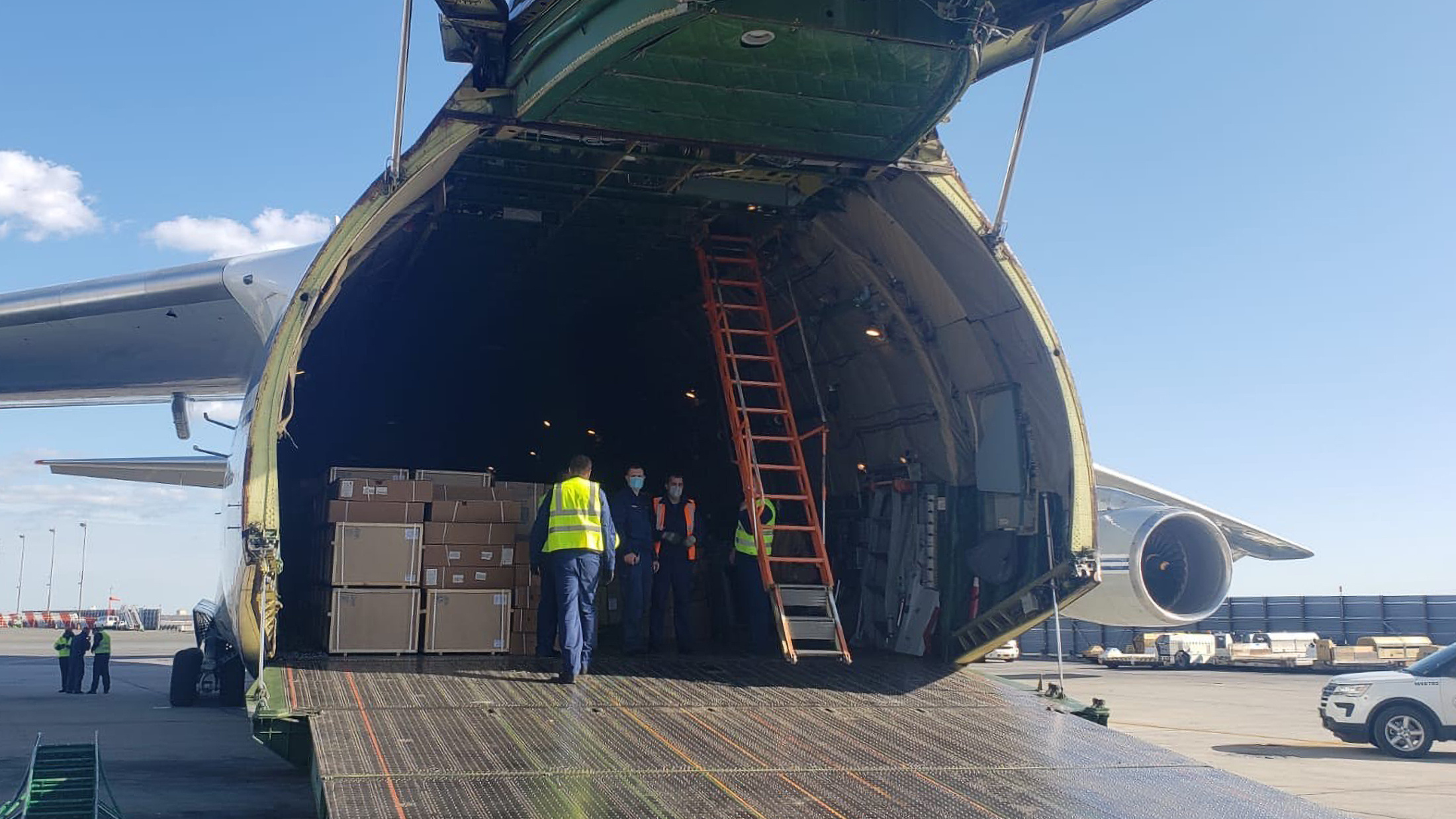 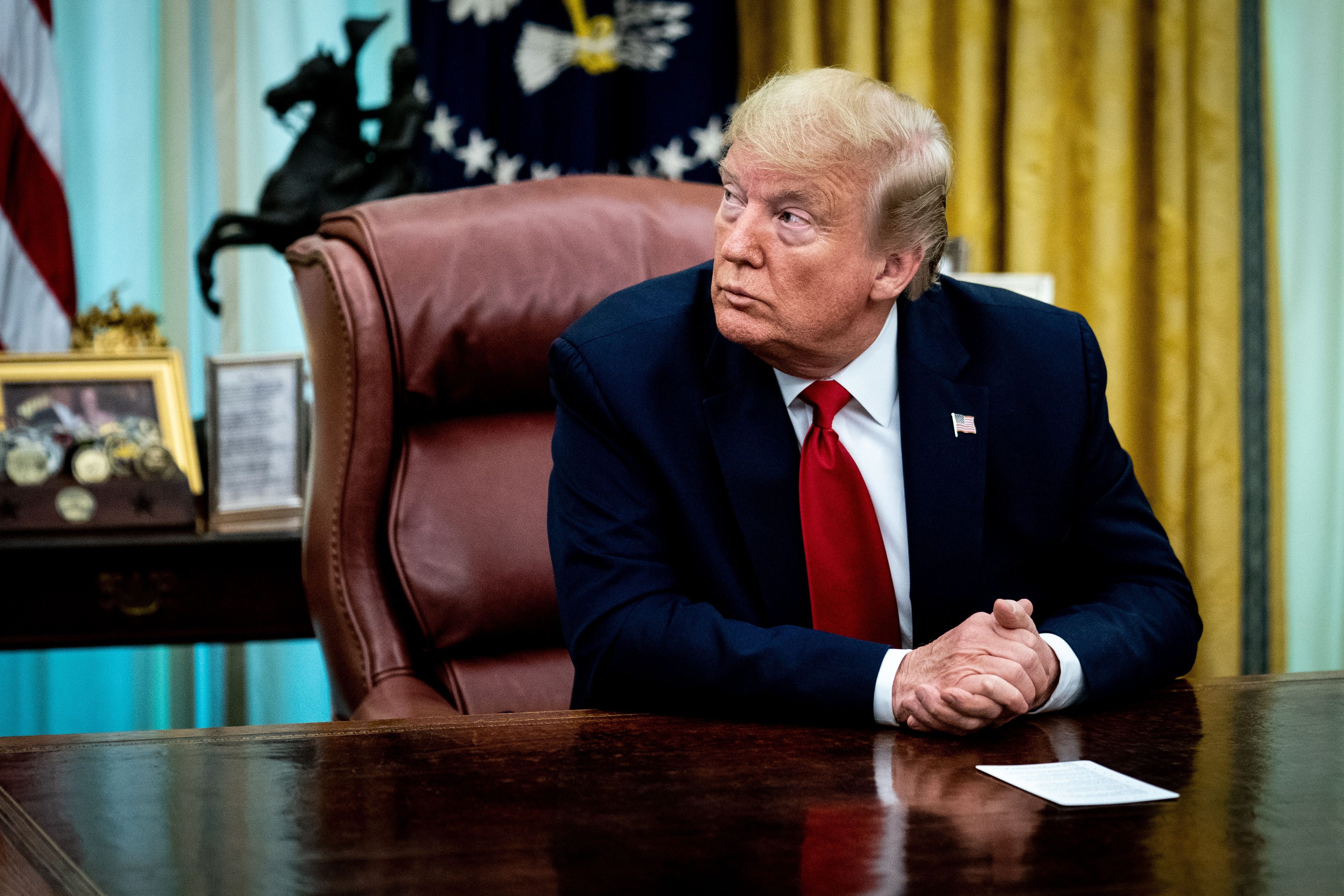 “We are a generous and reliable contributor to crisis response and humanitarian action across the world, but we cannot do it alone,” said Morgan Ortagus, a State Department spokeswoman.

“Both countries have provided humanitarian assistance to each other in times of crisis in the past and will no doubt do so again in the future.

“This is a time to work together to overcome a common enemy that threatens the lives of all of us.”

Last week, Putin postponed his planned April referendum which could have kept him in power until 2036 when he would be 83.

Putin’s popularity has already slipped to its lowest level for seven years after he raised the pension age to 65 for men in a nation with an average male life expectancy of 67.

Meanwhile, Putin could be knocked down by the coronavirus crisis as some experts warn the Kremlin could turn on him as the nation braces for the virus' peak.

Scores of doctors unable to treat patients with adequate protective equipment have reportedly quit, hospitals are under resourced and and critics question whether Putin can stand up against the invisible new foe.

Related posts:
Nurse, 35, who gave birth after testing positive for coronavirus fights for life after suffering heart attack – The Sun
Kate Middleton and Prince William release adorable new photo of Princess Charlotte to celebrate her fifth birthday
Popular News
Yara Shahidi Reacted To Her Casting As Tinker Bell In Disney’s Live-Action ‘Peter Pan’ Movie
26/09/2020
Man Utd wonderkid Ramon Calliste, called ‘the next Giggs’, now owns luxury watch business and makes £5m a year – The Sun
26/03/2020
Megan Thee Stallion Addresses Criticism Over Twerking: ‘I Love to Shake My A**’
26/03/2020
Police guard shops to stop coronavirus panic-buyers and enforce social distancing – The Sun
26/03/2020
Coronavirus: Good Morning Britain’s Dr Hilary reveals ‘game-changing’ self-testing kit
26/03/2020
Recent Posts
This website uses cookies to improve your user experience and to provide you with advertisements that are relevant to your interests. By continuing to browse the site you are agreeing to our use of cookies.Ok