RUSSIA'S most vicious football Ultra "Vasily The Killer" has predicted a "dull" tournament as fans and hooligans have to stay home due to Covid.

Vasily Stepanov, who has since given up hooliganism, told The Sun Online restrictions on travel and fan numbers due to the virus will mean he will be cheering on the Russian team as he watches on TV. 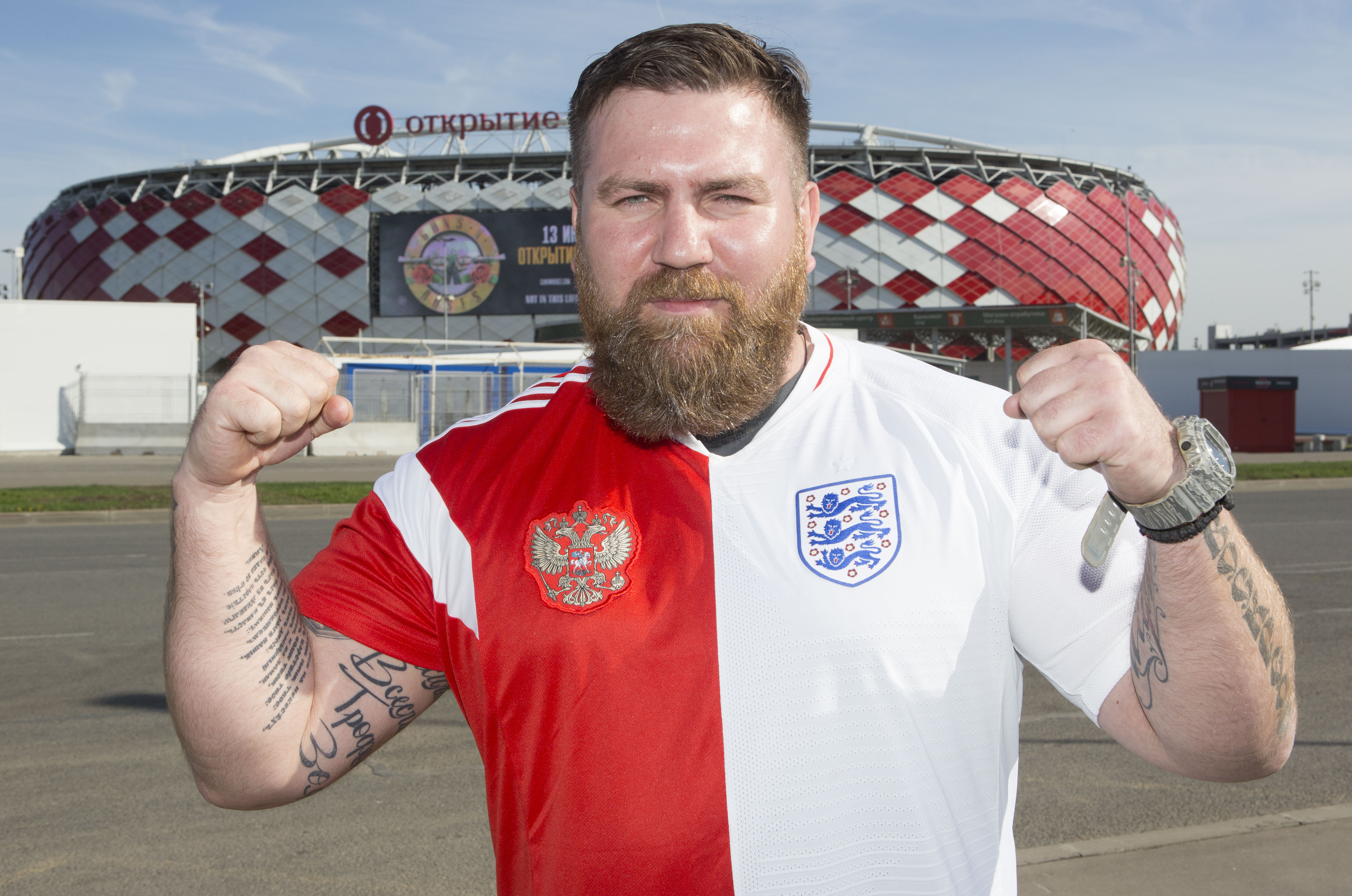 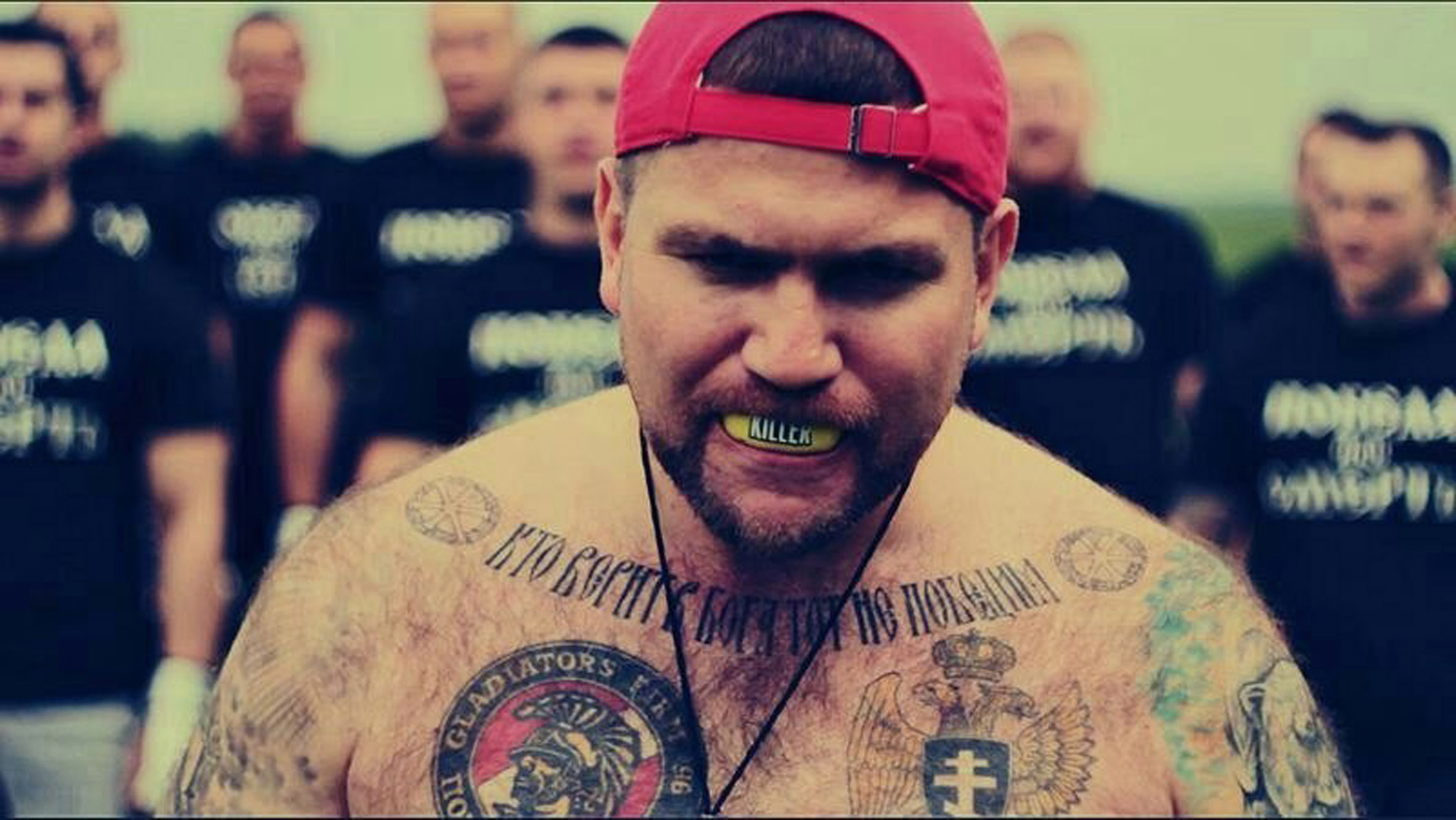 Stepanov, 42, was once the most feared football thug in Russia, who earned his nickname by leaving thug rivals for dead and was pictured involved in brutal brawls.

But five years on from the Russian hooligan army running riot at Euro 2016, Vasily said he is now more warned about the pandemic which is blighting his home nation.

Russia is hosting seven games in the championship – all in St Petersberg – but has seen daily Covid cases begin to creep up, with 11,699 on Friday.

"There is ultra danger from Covid-19 – not from the Ultras fans," he told The Sun Online.

He went on: "During Euro 2020 I'll go to work as normal, do stuff at home, and lazily watch football on TV in some Irish pub in Moscow.”

Vasily explained that Fan IDs are needed to get to Russian games, and his was annulled years ago, just like other known hard men, by the security services.

The former hooligan moaned: “A new generation of supporters go to stadiums, looking like clowns, inappropriately dressed office plankton who can't remember the names of one-third of players and just want a fancy selfie.”

He says Russian hooligans are grounded and will not travel to games outside the country during the Euros.

"Everything will be trite and dull at the Euros. Like usual, the English drunks will make noise, where they are allowed to," Vasily told The Sun Online.

The only violence he foresaw was a potential clash between Polish and Swedish fans when they meet in St Petersburg on June 23, forecasting a potential "gentle pinch of the tail".

But putting his hard man ways behind him, Vasily also offered a warning to fans attending games of the danger of the virus.

"Guys, take care of yourselves. Covid shows no mercy to anyone.  Follow all the recommended precautions to prevent the spread of coronavirus infections," he said. 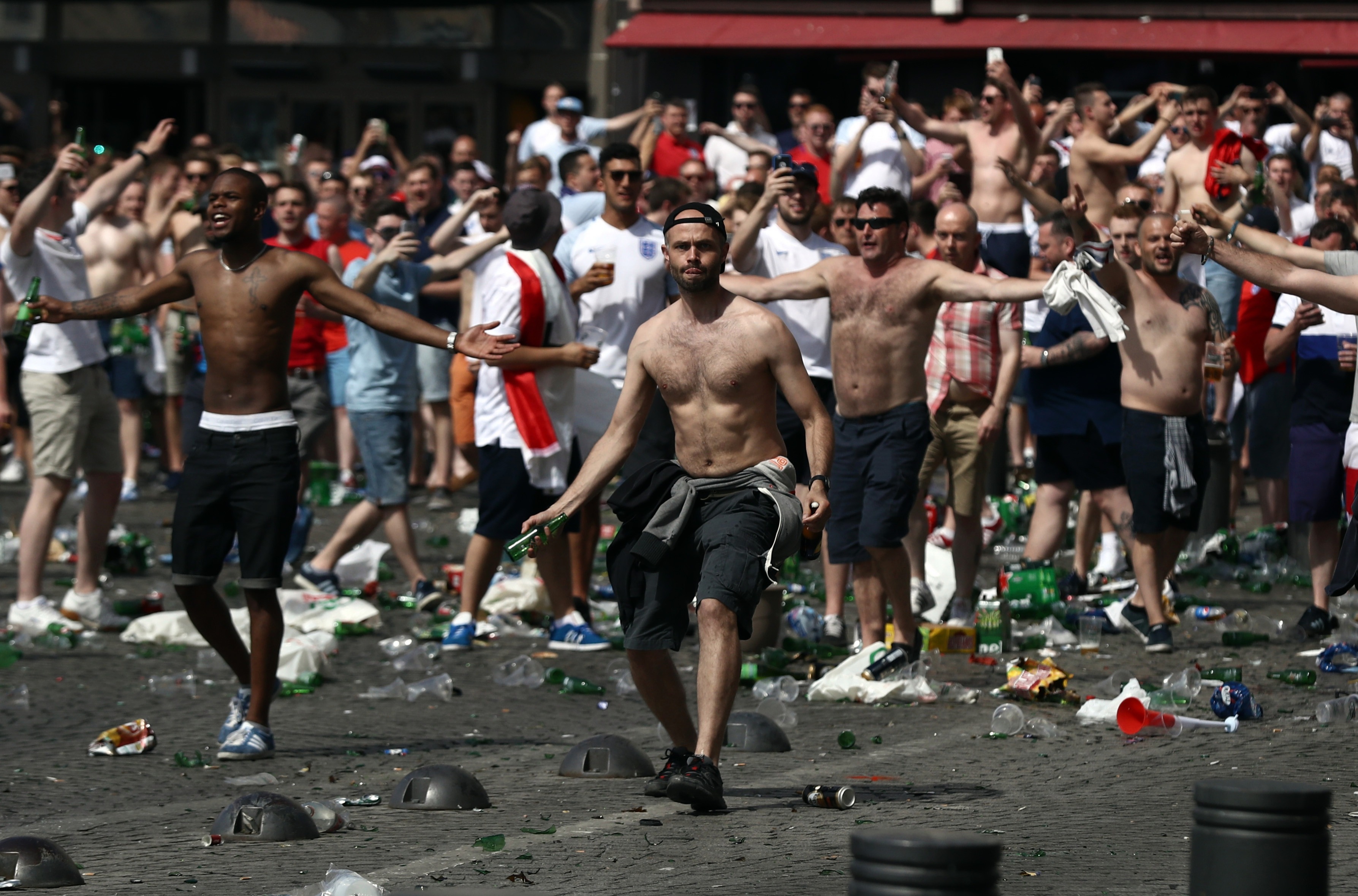 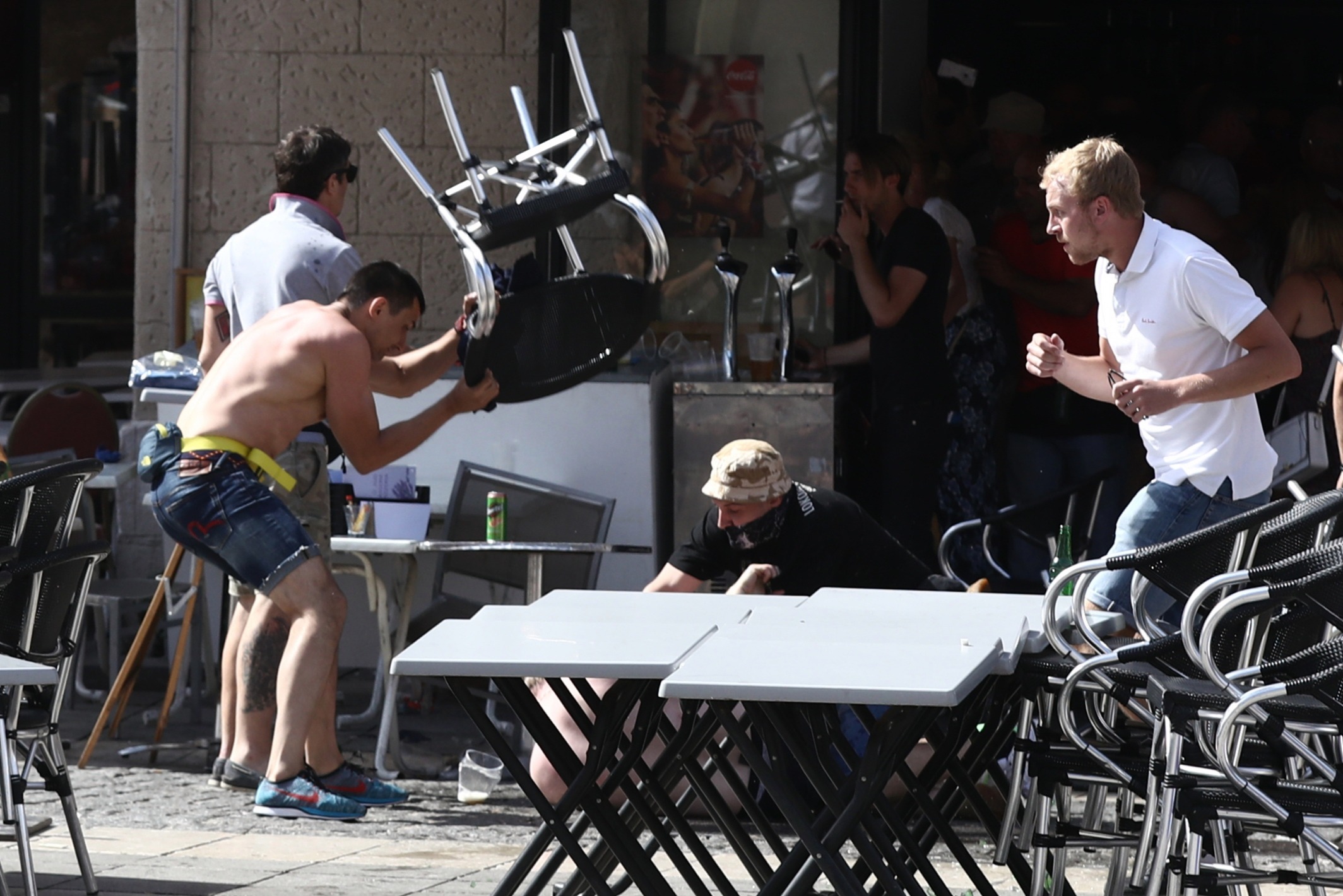 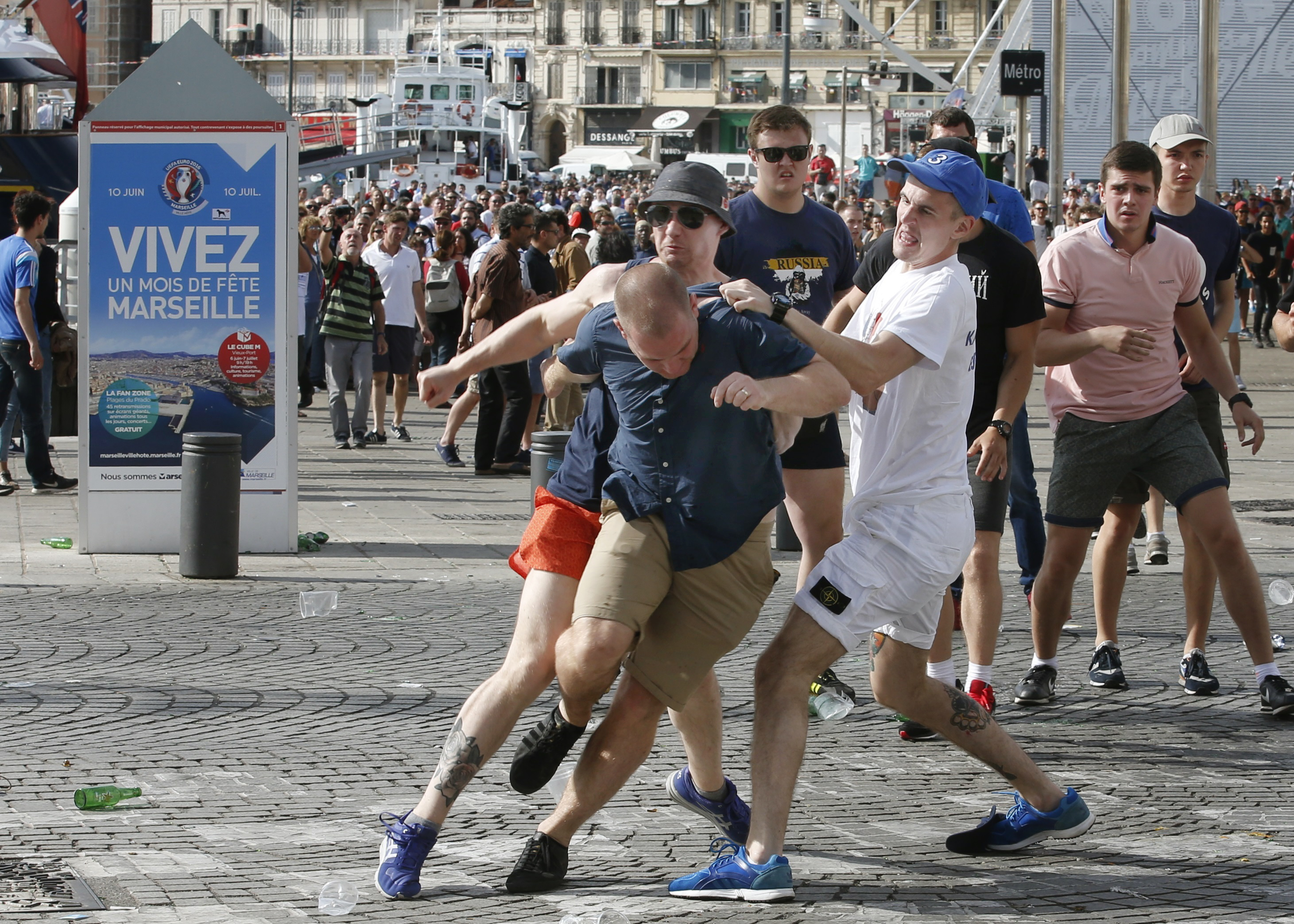 What happened with Russian Ultras at Euro 2016?

ENGLAND fans were set upon by gangs of Russian football hooligans in scenes that shocked the football world at Euro 2016.

Shocking violence – which became known as 'The Battle of Marseille' – saw riots erupt on June 11 as Three Lions fans clashed with the Ultras.

French prosecutors dubbed the Russians as "hyper-rapid and hyper-violent".

One cop said the Russian yobs “arrived like an army" before launching "a commando-style attack”.

It has been speculated the gangs were trained and looking for trouble, with some of them wearing MMA gloves and being armed with hammers or iron bars.

In the ensuing violence, 14 England supporters were left in hospital – including two with life-threatening injuries.

The violence was condemned, and saw a huge crackdown on football hooligans in Russia as it was due to host the World Cup in 2018.

Dad-of-three Stewart Gray was left for dead after being ambushed by hooligans – and this week told how they had a "good go at killing him".

Witnesses saw ruthless thugs smash a brick and chair over his head – leaving him in a coma for three weeks, and needing six months hospital care.

His brother Duncan said: "It was like a war zone, the worst violence I have ever seen.

"Stewart is lucky to be alive. Others, too. It’s true, there could have been a murder on the streets.”

Meanwhile, legendary Ultra from St Petersburg Alexey Nesterov, 51,  known as Gulliver, who once ran onto the pitch to floor an opposition player,  said these Euros would have none of the street battles with English fans as in 2016.

A prominent leader of Zenit St Petersburg's ultras, Landscrona,  he claimed: “Our police work too well.  As a result there can be no unrest at all.

"And even these drunk thugs from England, who behave like pigs in every country, will be very harshly shown their place they come here."

He explained none of the people he knows the Ultras community can get to games anymore due to the Fan ID system.

And like his comrade Vasily, he also took aim at the new generation of softer fans.

He said: "People in kokoshniks (traditional Russian headdress for women) and eating shawarma will watch this year. 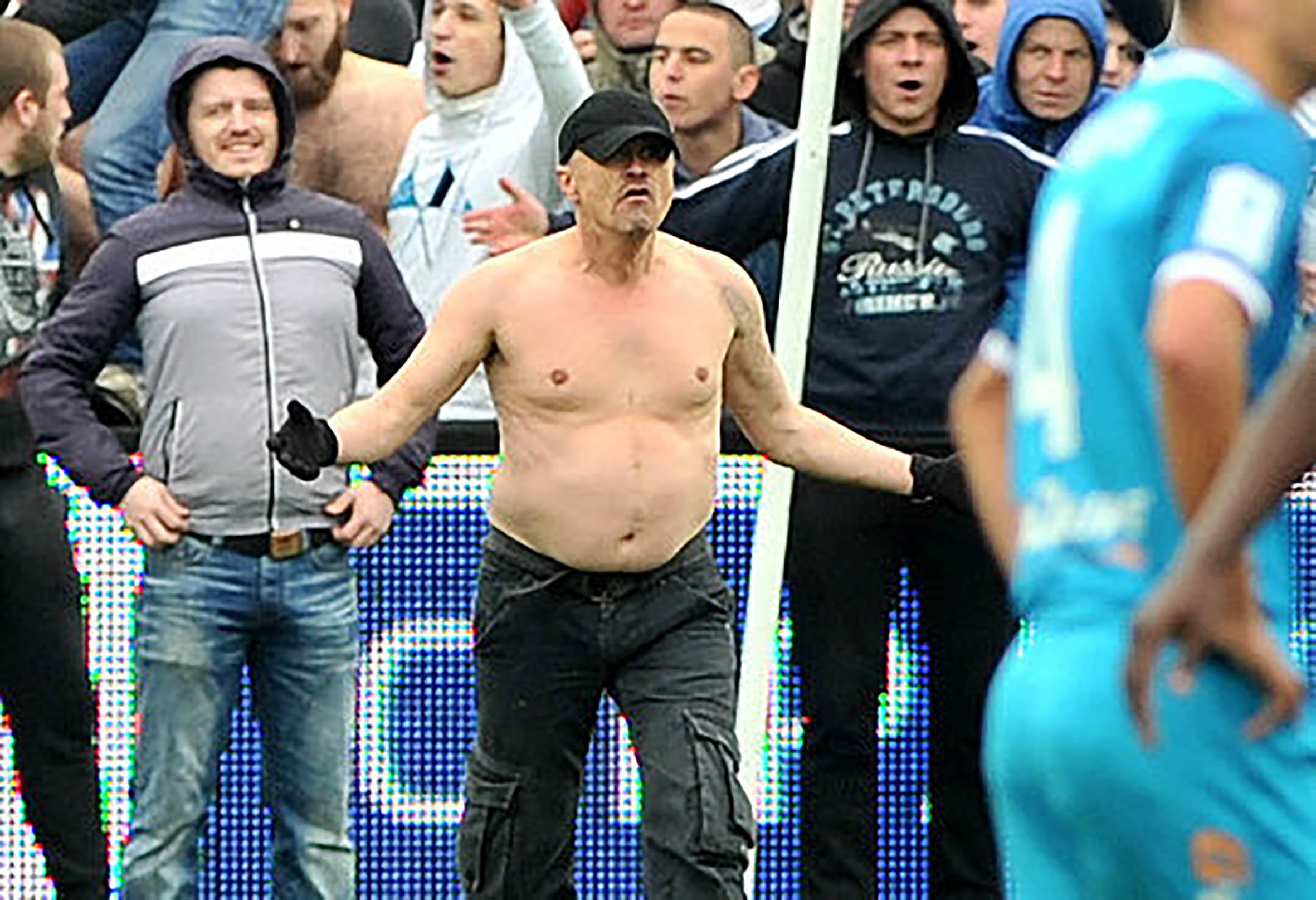 Moscow-based Millwall fan Dmitry Kokorin, 47, said: “Given the current situation with Covid-19, most fans in Russia will watch Euro matches at home on TV or with friends in bars.”

“Russia has long and systematically waged a fight against hooliganism in the stands. Now it is calm in and around the stadiums," he said.

He said: “Most fans of the old school settled down long ago, got families, jobs and have long been no longer a threat to others.

“Both preventive work and preventive measures have been  applied to young people.

“The active hooligan movement in Russia has practically come to naught.”

Despite this, there are reports that the FSB and national guard are taking “special control” over fans arriving from Poland amid fears of potential for conflict. 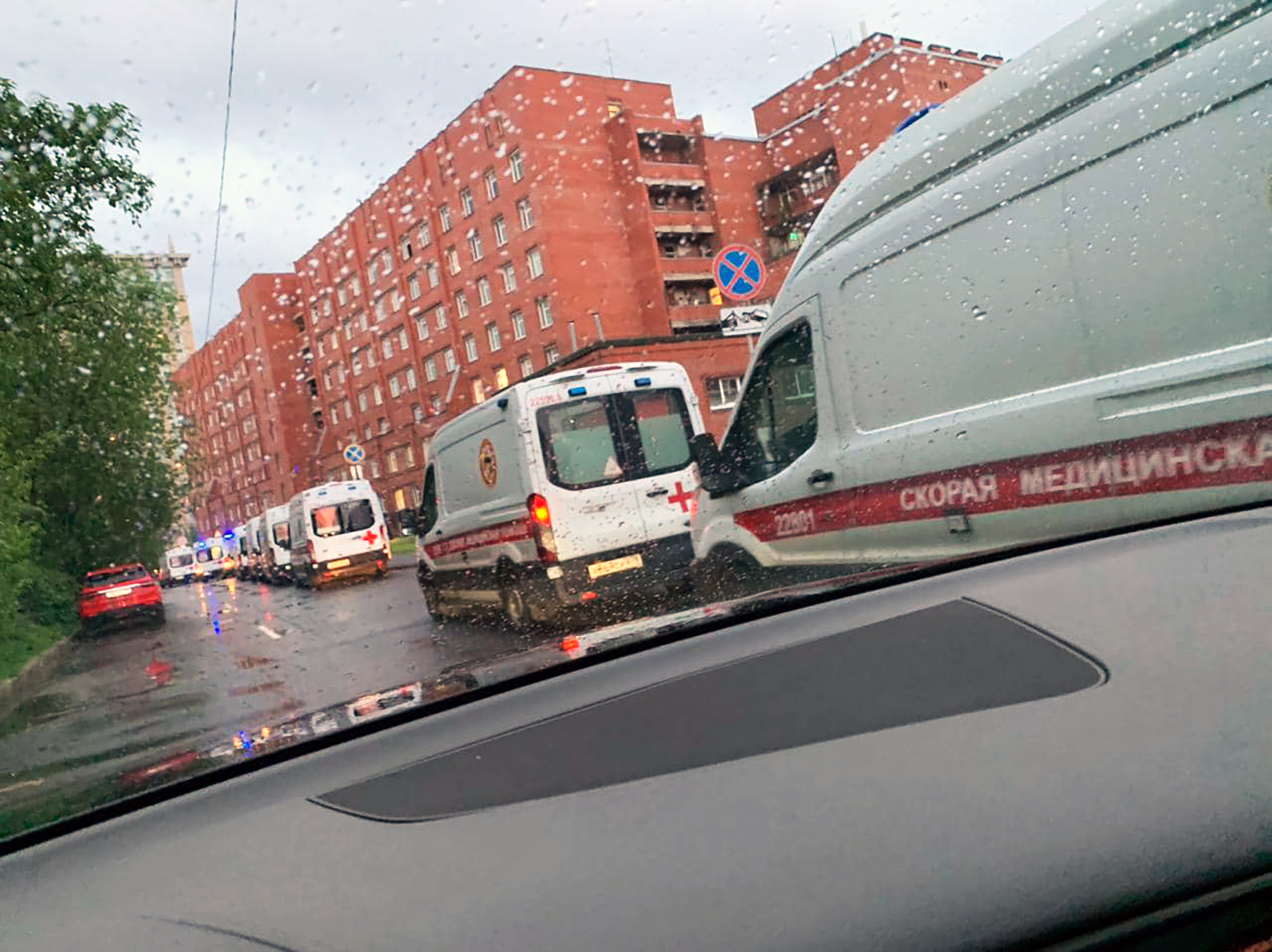 Covid continues to run riot as well as it casts a shadow of the whole tournament, with fan movements restricted and game attendance limited.

St Petersburg haw 45 new Covid deaths today, and there are claims the figures are being suppressed due to Vladimir Putin's hosting of the International Economic Forum last week.

“To top it all we have the football,” he said, pleading with fans to tear up their tickets and watch games  from home.

“Otherwise you'll have to watch from an intensive care unit and, I assure you, it will be hard to see from there."

Meanwhile, another Russian Millwall fan Maxim Prokhorenko said: “I have been lying with Covid for the fifth day with a temperature of 39, so I know this is more dangerous.

“You cannot see this enemy in the face.”

England kick off in the tournament on Sunday against Croatia, while Russia get their campaign started tomorrow against Belgium.