A right-wing extremist guilty of planning terror attacks and working on a handbook for aspiring attackers will spend at least the next nine years in prison after telling others he wanted his victims to run from buildings "like burning rats".

Phillip Michael Galea, 36, was sentenced in the Supreme Court to 12 years' prison, with a non-parole period of nine years, after a jury earlier found him guilty of his 2016 preparations. 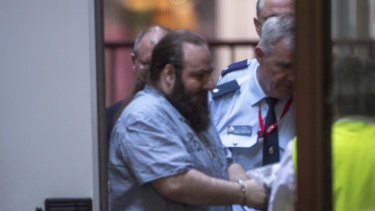 During his sentencing of Friday, Galea held up a printed piece of paper that read "I did not receive a fair trial" as the judge condemned him as a loner and a conspiracy theorist.

Upon his arrest, police found Galea had conducted preliminary research into his potential Melbourne targets – the Melbourne Anarchists Club, Resistance Centre and Trades Hall – which included visiting the buildings to check the layout and security measures while taking photos and videos.

Justice Elizabeth Hollingworth said Galea had also begun to produce a 200-page instruction manual he called the "Patriot's Cookbook" to encourage other extremists to commit acts of violence against "lefties" and Muslims.

She said he later continued to work on the manual while incarcerated. 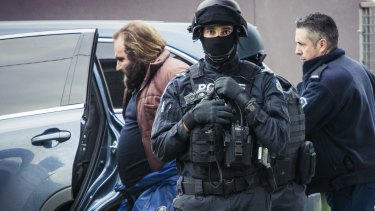 Galea is lead from a house by police during a terror raid in Ballarat Road Braybrook on August 6, 2016.Credit:Craig Sillitoe

"Although you regard yourself as a patriot that holds mainstream views, it's clear that the jury found otherwise," Justice Hollingworth said.

"You're not being punished for holding radical right-wing views, or for saying things that many people would find deeply offensive. Rather, you're being punished for the violent means by which you contemplated promoting your beliefs."

Justice Hollingworth said Galea, who was a member of both Reclaim Australia and the True Blue Crew, proposed to blow up his targeted buildings during the early hours using Molotov cocktails.

There was also evidence aired during his trial that he told others he believed people may be sleeping inside and he wanted to see them run from the damaged buildings like "burning rats" as he big-noted himself online.

Galea argued the plan was fake and merely designed to "flush out" a police informer within his ranks.

But Justice Hollingworth found that while his plan was amateurish and some parts highly unlikely to succeed, "you believed they would work".

"You clearly regarded Muslims and people on the left-wing of politics as sub-humans whose lives had no value," she said.

In December 2019, a jury found Galea guilty of acts in preparation for, or the planning of, a terrorist act and attempting to make a document likely to facilitate a terror attack. 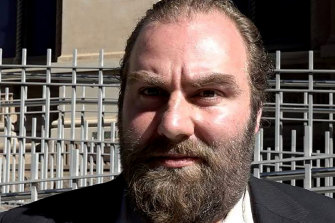 They heard Galea wanted to reduce the influence of those perceived to be associated with left-wing ideology, including Muslims.

On Friday, Justice Hollingworth said Galea’s only prior offence for violence was in December 2009 when he was placed on a community-based order for making threats to kill.

She said Galea had spent enormous amounts of time alone, drinking heavily and fuelling his conspiracy theories online throughout his most recent offending.

She accepted this online presence had briefly given the now 36-year-old a sense of purpose and identity and that his diagnosed paranoia and poor emotional response had affected his judgement.

The court heard Galea had also spent most of his four years in custody in solitary confinement due to the nature of his charges and was likely to remain in onerous protective conditions for the foreseeable future.

He must serve at least nine years of his 12-year sentence before being eligible for parole.