Richmond Park killer John Barrett could be free after 17 years

Paranoid schizophrenic, 59, who stabbed a cyclist to death less than 24 hours after walking out of a psychiatric hospital could be freed after 17 years as parole board reviews case

A paranoid schizophrenic who ambushed and stabbed a cyclist repeatedly less than 24 hours after walking out of a psychiatric hospital could walk free in months.

John Barrett repeatedly stabbed 50-year-old Denis Finnegan with a kitchen knife after attacking him as he cycled through Richmond Park in south west London.

He had been given ‘ground leave’ from Springfield Hospital in Tooting, south London, on September 1, 2004 despite a long history of mental illness and violence.

Barrett was supposed to return in an hour, but instead he discharged himself and went to buy a set of kitchen knives because voices in his head had ‘told him to kill someone’.

The following morning he went to Richmond Park where, through a ‘chilling process of elimination’, he selected a victim. 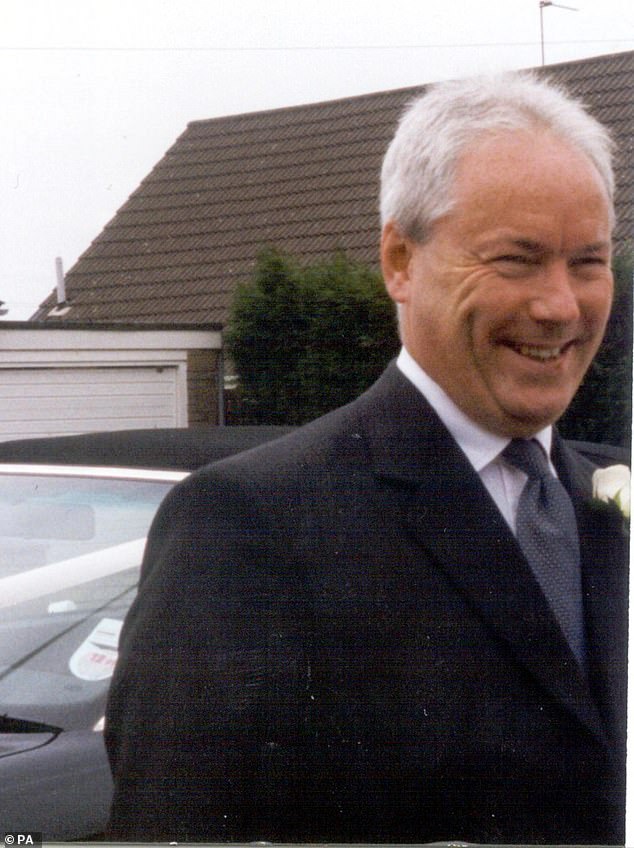 John Barrett repeatedly stabbed 50-year-old Denis Finnegan with a kitchen knife after attacking him as he cycled through Richmond Park in south west London on September 1, 2004, hours after he had been released from a psychiatric facility 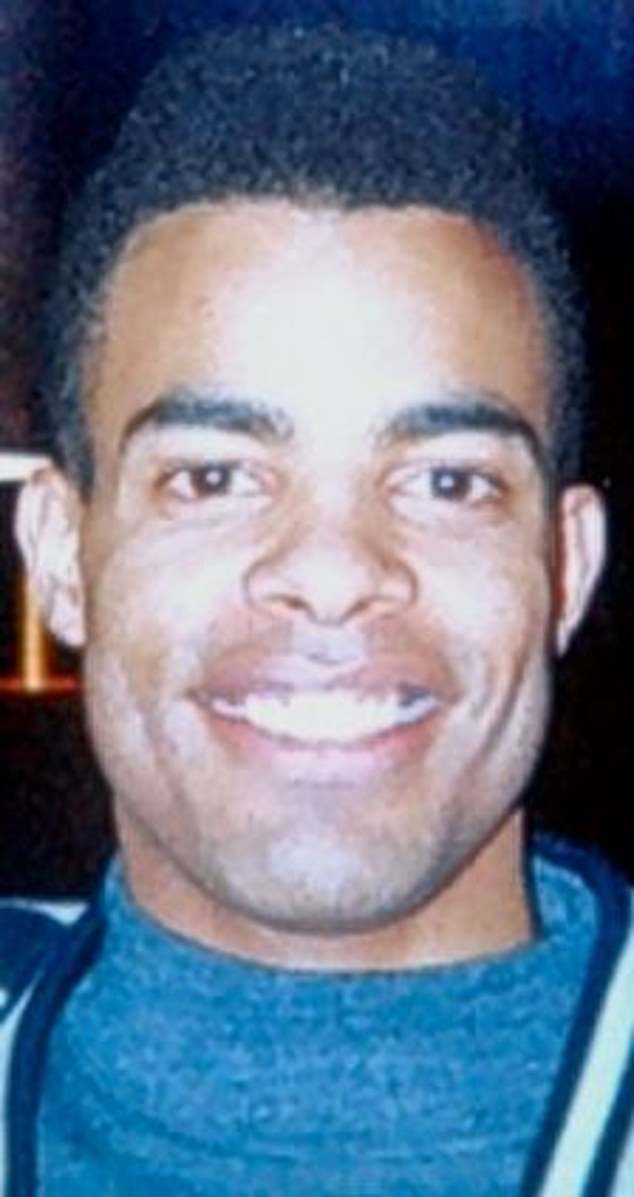 John Barrett, pictured in the early 2000s, was supposed to return in an hour, but instead he discharged himself and went to buy a set of kitchen knives because voices in his head had ‘told him to kill someone’

Barrett, now 59, pleaded guilty to manslaughter and was jailed for life in March 2005. He was sentenced to a minimum term of 15-and-a-half years.

The Parole Board heard his appeal last week and the decision is expected next Wednesday.

A spokesperson for the Parole Board said: ‘We can confirm the parole review of John Barrett has been referred to the Parole Board by the Secretary of State for Justice and is following standard processes. A decision is expected in late June.

‘Parole Board decisions are solely focused on what risk a prisoner could represent to the public if released and whether that risk is manageable in the community.

‘A panel will carefully examine a huge range of evidence, including details of the original crime, and any evidence of behaviour change, as well as explore the harm done and impact the crime has had on the victims.

‘Members read and digest hundreds of pages of evidence and reports in the lead up to an oral hearing. Evidence from witnesses including probation officers, psychiatrists and psychologists, officials supervising the offender in prison as well as victim personal statements are then given at the hearing. 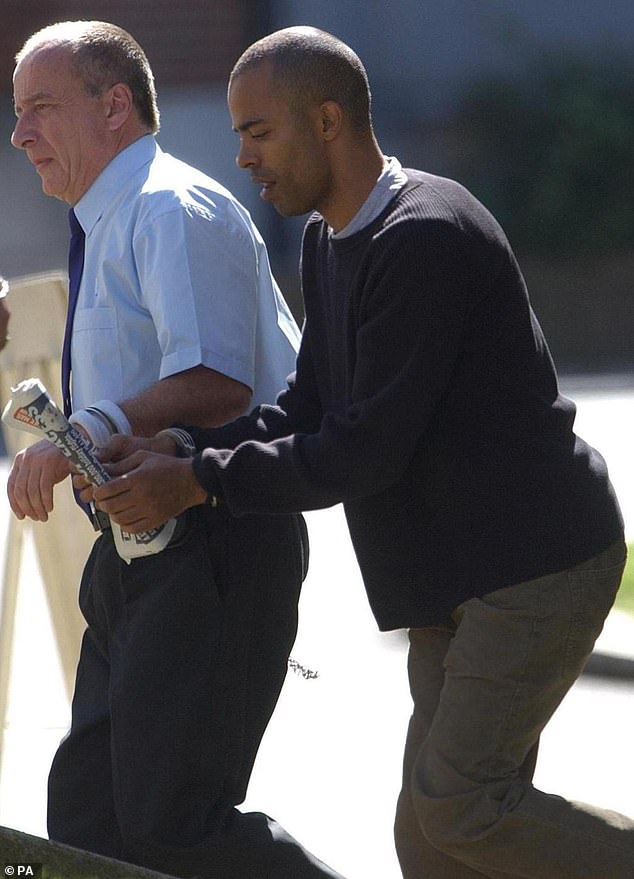 Barrett, now 59, pleaded guilty to manslaughter and was jailed for life in March 2005. He was sentenced to a minimum term of 15-and-a-half years. The Parole Board heard his appeal last week and the decision is expected next Wednesday

‘The prisoner and witnesses are then questioned at length during the hearing which often lasts a full day or more. Parole reviews are undertaken thoroughly and with extreme care. Protecting the public is our number one priority.’

Barrett, then aged 42, from Putney, south west London, pleaded guilty at the Old Bailey to manslaughter on the grounds of diminished responsibility.

He was sent to Broadmoor Hospital, in Crowthorne, Berkshire, to receive treatment.

Judge Scott-Gall told Barrett in 2005: ‘This was a planned and unprovoked attack on a completely innocent member of the public, a family man who was a complete stranger to you chosen at random. 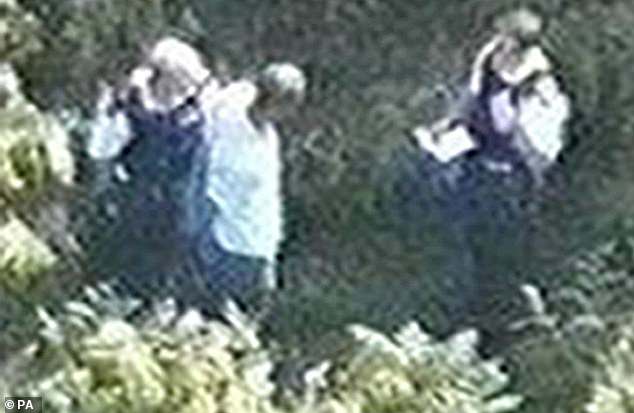 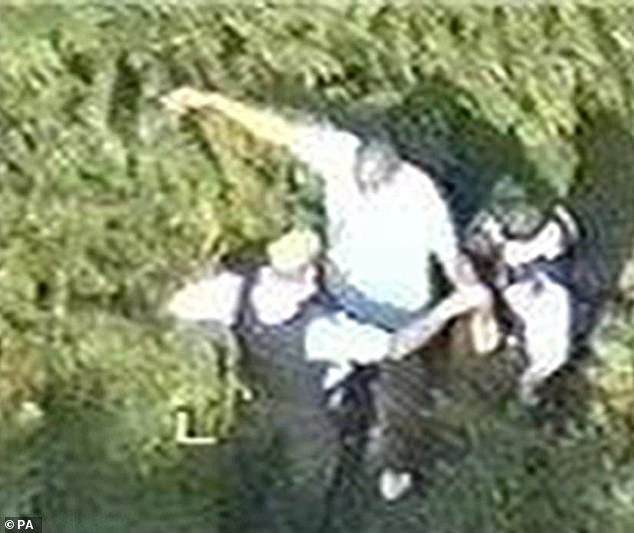 A decision on whether Barrett should be released will be made later this month, the Parole Board confirmed

‘You had forearmed yourself with a knife with a 12in blade which you had purchased the day before.

‘Having taken a taxi to Richmond Park you started searching for somebody to kill.

‘Tragically Mr Finnegan was cycling by and he was selected by you as a target, having met the criteria you had set yourself.

‘You ambushed him and viciously stabbed him a number of times in the back and chest and then calmly walked off.’

The court had earlier heard an account of Mr Finnegan’s dying words at the time he was attacked by Barrett near the park’s Sheen Gate.

‘Mr Finnegan, a former banker, asked him: ‘What have I done?’ Then the defendant walked away and he wondered to himself whether he had killed him or not.’

Mr Finnegan’s brother John said outside court: ‘It is the best result.

‘It’s disturbing to hear that three or four psychiatrists condemned his care. We knew there were gaps but not the enormity of it.

‘I am appalled that there were people crying out to get help on his behalf and nothing was done.

‘The assessment of people and the care given to them at the beginning should continue throughout their care.

‘They should not be let loose and ignored.’

The court was told that three psychiatrists had all diagnosed him as suffering from paranoid schizophrenia with auditory hallucinations.

Defending, Merida Harford-Bell said that if it had not been for ‘failings’ in his care by the mental health services, Barrett might never have been free to kill.

Between September 2002 and October 2003, Barrett had been detained in the Shaftesbury Clinic, a secure unit at Springfield Hospital in Tooting, after being convicted of a vicious knife attack on two patients and a nurse at nearby St George’s Hospital.

He was conditionally discharged by a Mental Health Review Tribunal, but Ms Harford-Bell said there were a series of failings in his care after his release.

‘There were huge gaps in time between him seeing, in particular, his consultant or anyone medically qualified,’ she said.

She told the court that between November 2003 and August last year there were periods of 10 weeks, 13 weeks and 11 weeks when he was not assessed by a consultant despite a requirement for him to see a psychiatrist at least once a month.

During this time, Barrett’s mental health deteriorated to the point where his partner Jane Whittaker became seriously worried about him.

He had launched an unprovoked verbal attack on a stranger in Putney and had also tested positive for cannabis, despite a condition that he should not touch the drug because it ‘triggered psychotic episodes’ in him.

On September 1 2004, Barrett returned to Springfield as a voluntary patient. He wanted to be admitted to an open ward, but there were no beds free so he was admitted again into the hospital’s secure unit.

Ms Harford-Bell told the court Barrett was then given an hour’s ground leave despite not even having been assessed by a consultant.

The circumstances surrounding Barrett’s case were the subject of an investigation by South West London and St George’s Hospital Mental Health NHS Trust, which runs Springfield.

The 400-page report revealed how a catalogue of systematic errors led to the tragic death of Mr Finnegan.