A restaurant in Manchester received close to 1,000 applications in a day for its new receptionist role.

When the vacancy at 20 Stories was posted online on Monday the company expected to get around 30 applicants and was shocked to see the enormous interest in the job.

It comes as figures earlier this week revealed that the number of people employed fell by another 74,000 last month with 2.6million on benefits. 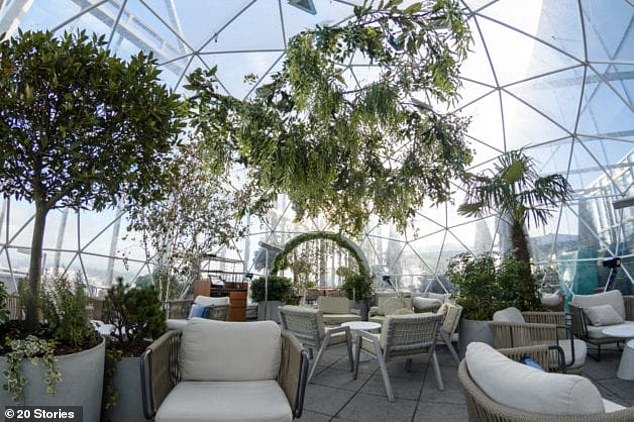 20 Stories restaurant in Manchester received close to 1,000 applications for its receptionist role

Since the UK went into lockdown the hospitality sector has struggled to stay afloat while the closure of pubs, restaurants and hotels was in force.

The pandemic has also hit other sectors hard and resulted in a huge number of people being let go and scrambling for new jobs.

Speaking on BBC Radio 4’s Today programme Carol Cairnes, director of people at the restaurant’s owner D&D London, said the company were amazed to find 963 people applied for the job in Manchester in less than 24 hours.

‘Going through the candidates who applied, we could see there were a lot of very talented and highly-qualified people that applied for the role, including some restaurant general managers.’

The latest incident is one of many that organisations have seen up and down the UK since the pandemic hit.

General manager Mick Dore posted an advert for the roles on Twitter and said he was staggered by the response.

He later wrote: ‘I don’t want to alarm anyone about the economy or anything, but I advertised two bar jobs at 4.30 on Thursday. We’ve had well over 400 applicants. Gulp.’ 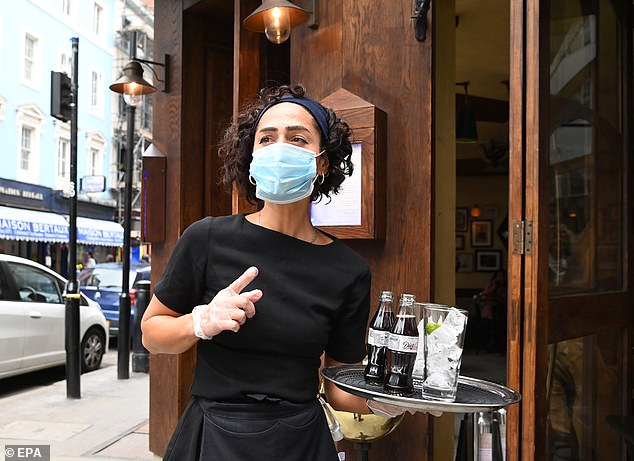 Several restaurants and bars have seen a huge increase in job applications since the pandemic. (Picture: Stock)

Mr Dore, 53, said he would usually have expected about a dozen replies from younger jobseekers who have done less bar work.

He said on this occasion there were CVs sent from experienced show workers, ex-air stewards and restaurant managers who had lost their jobs amid the Covid-19 crisis.

Mr Dore ended up taking on six workers due to the high-quality of applicants.

The Fitzrovia Belle Pub and Hotel in central London had a similar experience, with 400 people applying for a handful of jobs.

Similarly, an engineering firm said it was ‘overwhelmed’ after it received 15,000 applications for 10 jobs on a new assembly line.

Lontra is opening the new line in Tyseley, Birmingham, later this year, assembling industrial machines from components manufactured across the UK.

While these organisations are looking to hire new staff, other company such as Pizza Express and Azzurri, have been forced to let people go and close restaurants.

In the UK some 650,000 fewer people are on the payroll than before the crisis after another 0.3 per cent reduction between May and June, according to official figures.

Vacancies are at a record low and hours have also tumbled, the Office for National Statistics data show.

Related posts:
Slash, Sebastian Bach, & More To Celebrate 40th Anniversary Of AC/DC’s ‘Back In Black’
What is Mexico's 'Selfie Bear' and why is it famous?
Popular News
Taylor Swift claims Trump is ‘blatantly CHEATING’ to beat Joe Biden by ‘dismantling’ the USPS
15/08/2020
Man Utd wonderkid Ramon Calliste, called ‘the next Giggs’, now owns luxury watch business and makes £5m a year – The Sun
26/03/2020
Megan Thee Stallion Addresses Criticism Over Twerking: ‘I Love to Shake My A**’
26/03/2020
Police guard shops to stop coronavirus panic-buyers and enforce social distancing – The Sun
26/03/2020
Coronavirus: Good Morning Britain’s Dr Hilary reveals ‘game-changing’ self-testing kit
26/03/2020
Recent Posts
This website uses cookies to improve your user experience and to provide you with advertisements that are relevant to your interests. By continuing to browse the site you are agreeing to our use of cookies.Ok