Remains of 7 Marines, 1 sailor recovered off California after training mishap

The remains of seven U.S. Marines and one U.S. Navy sailor – who went missing July 30 after a training mishap off the coast of California – have been recovered, Marine Corps officials said Friday night.

“Our hearts and thoughts of the 15th Marine Expeditionary Unit are with the families of our recovered Marines and sailor,” Col. Christopher Bronzi, commanding officer of the unit, said in a statement. “We hope the successful recovery of our fallen warriors brings some measure of comfort.”

The service members were part of a group of 16 who were participating in training near San Clemente Island that involved use of an amphibious assault vehicle.

At one point in the exercise, the vehicle began taking on water. Eight of the 16 services members were soon rescued, while the other eight went missing.

Of the eight who initially survived, one later died, bringing the total number of fatalities to nine. Two of the survivors were hospitalized in critical condition but their current status wasn’t immediately known. 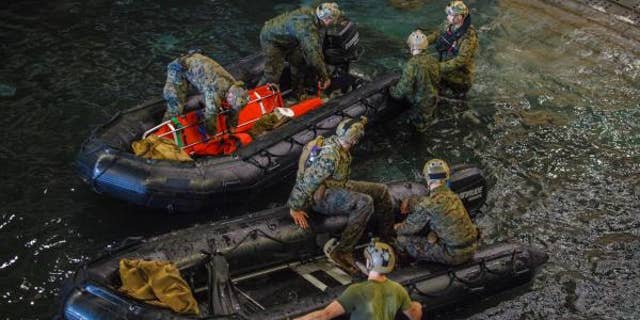 U.S. Marines and U.S. Navy sailors take part in a search for the remains of eight fellow service members off the coast of California. (15th Marine Expeditionary Unit)

The first fatality was identified as Lance Cpl. Guillermo Perez, 19, of New Braunfels, Texas. His remains were transferred to Dover Air Force Base in Delaware on Aug. 5, for later release to his family.

On Monday, the Marine Corps identified the service members who went missing.

Defense Secretary Mark Esper issued the following statement after the service members’ names were made public:

“A grateful nation and the Department of Defense grieves the tragic loss of the Marines and Sailor lost in the amphibious assault vehicle accident off the coast of San Clemente Island. Our prayers and condolences are with the family and friends of these brave young men. Their service, commitment and courage will always be remembered by the nation they served. While the incident remains under investigation, I want to assure our service members and their families that we are committed to gathering all the facts, understanding exactly how this incident occurred, and preventing similar tragedies in the future.” 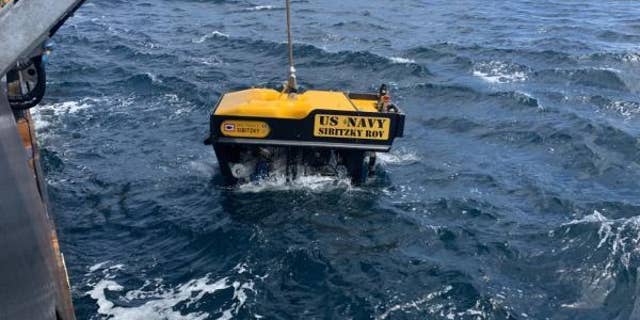 U.S. Navy equipment is deployed during a search for the remains of eight service members who went missing during a July 30 training exercise off  California. (15th Marine Expeditionary Unit)

The remains recovered Friday also will be transferred to Dover for later release to their families.

The U.S. Navy led the underwater search effort to find the remains of the eight service members, the Marine Corps said. The search involved the use of specialized equipment that arrived at the scene Thursday, the statement said.

The sunken amphibious vehicle, weighing some 26 tons, has been successfully recovered, the Marine Corps noted.

The investigation into the cause of the incident is continuing, officials said.