THIS is the astonishing moment a randy couple break Spain’s coronavirus curfew to get hot and steamy in a train station photo booth.

The jaw-dropping footage shows a security guard halting their sex session in broad daylight at around 6pm at Barcelona’s Placa Espanya tube stop. 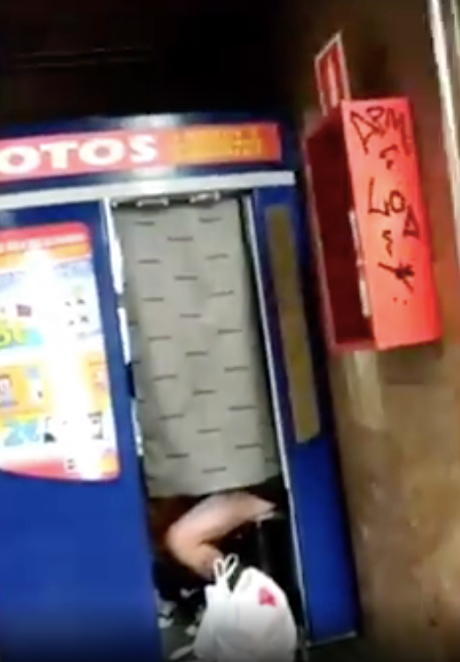 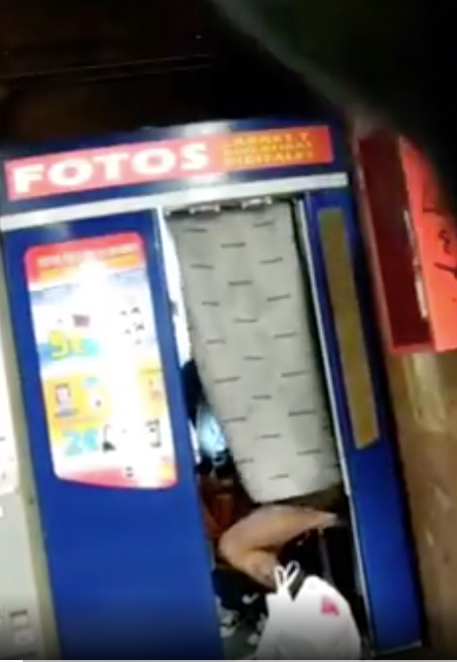 The saucy couple were busted when the rail worker spotted the man with his trousers round his ankles behind the curtain.

But when challenged by the guard, the brazen Romeo said: “We’re taking a photo.”

The couple were given a slap on the wrist but not arrested after dressing and leaving their unconventional love-nest.

CAUGHT IN THE ACT

He said: “As you can there are still idiots around who are flouting the lockdown.

“Homeless people, unaccompanied minors and pickpockets are roaming free in the tube network at the moment and they are obviously a focus of infection.

“And no-one on the network is controlling who goes to work and who doesn’t.”

Earlier this week, it emerged a couple had been caught romping behind a beach bar in the Costa del Sol resort of Estepona.

A South American man and his Spanish lover were arrested after being found in breach of the coronavirus curfew.

Spain is currently in the third week of a four-week lockdown which has led to severe restrictions on peoples’ movements and the closure of businesses including bars, theatres and cinemas.

The quarantine was tightened on Monday after the government said only those in non-essential activities could continue to work.

Catalonia, where the photo booth footage was filmed, is one of the worst-hit areas with 21,804 confirmed cases and 2,093 deaths,

In capital Madrid there are 32,155 confirmed cases while 4,175 people have passed away from the killer bug which has swept the world. 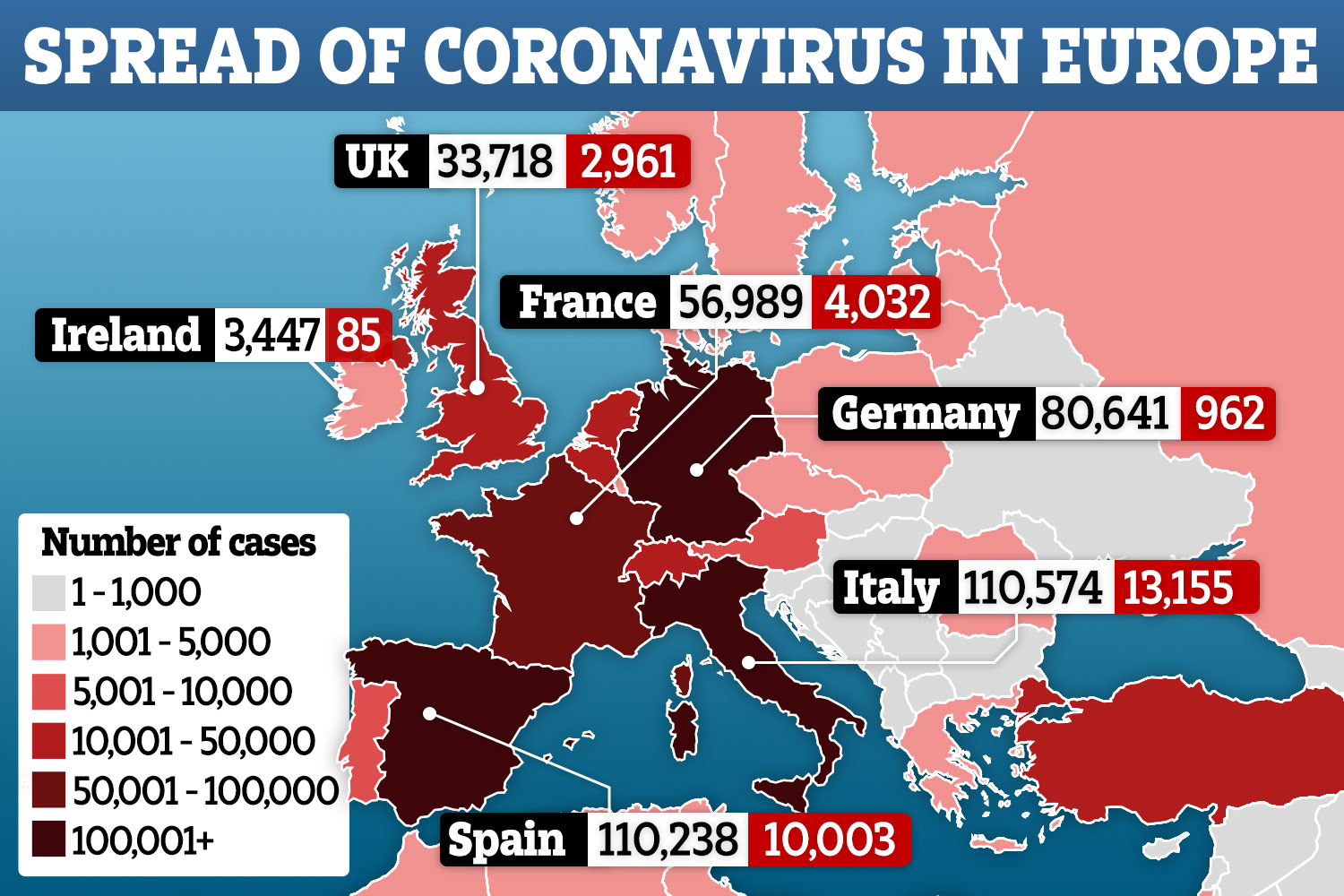