A FAMILY forced to quarantine in an airport hotel have complained at being placed in 'filthy' hotel rooms – claiming they found plates used by previous guests, dirty tissues, and blood on the sheets.

Shinga Nyashanu, 27, her mum Wendy, 48, and her sister Hazel, 20, flew into Heathrow this morning from Zimbabwe via Ethiopia and were placed in the Radisson Blu Edwardian hotel to isolate for a mandatory 10 days. 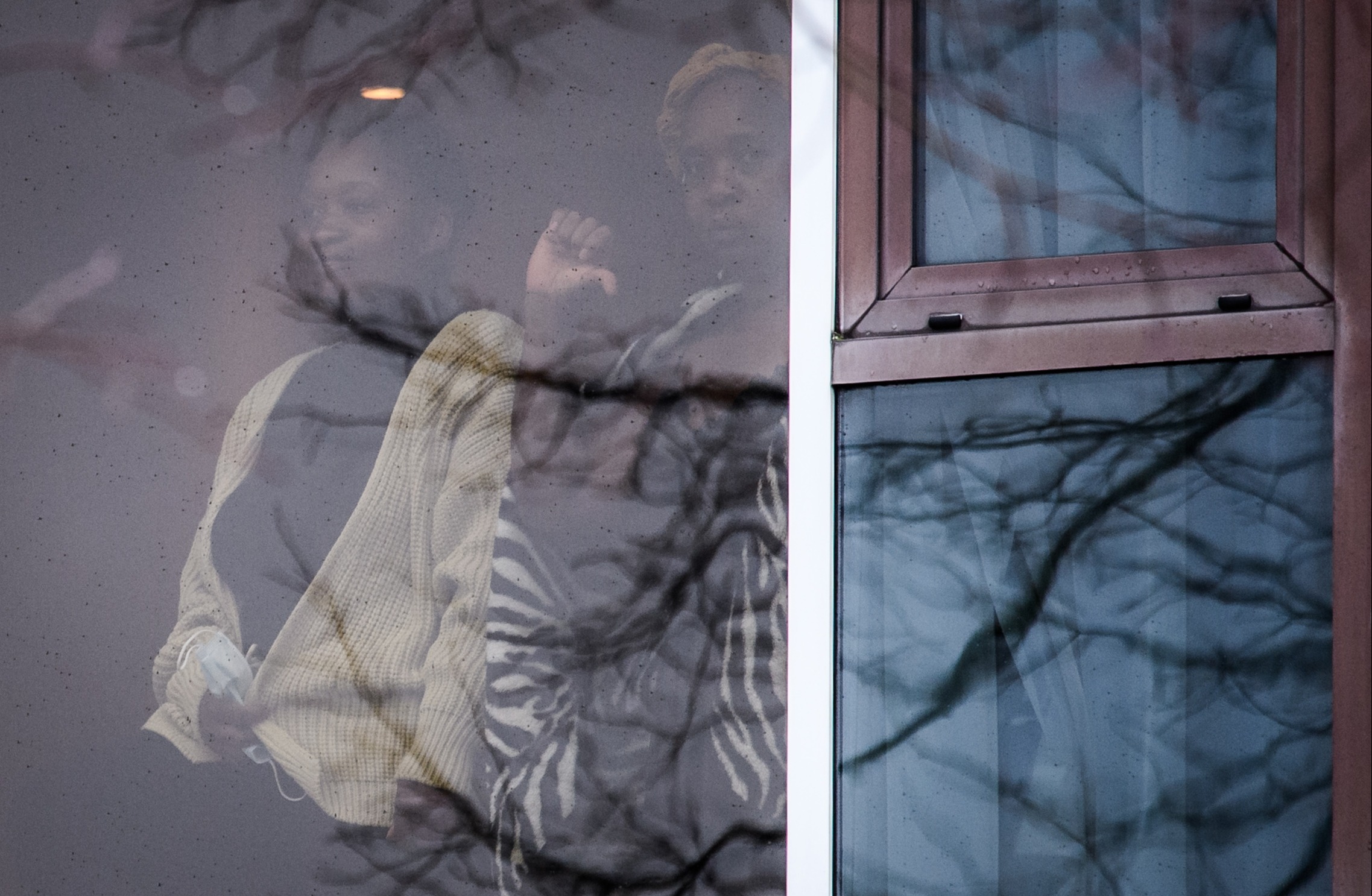 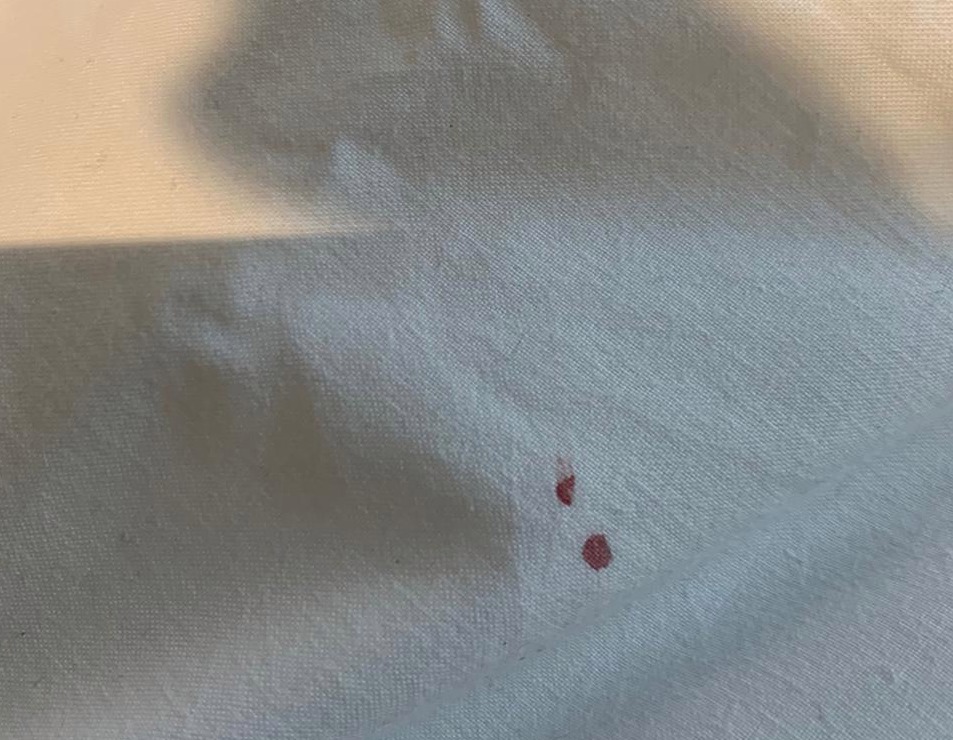 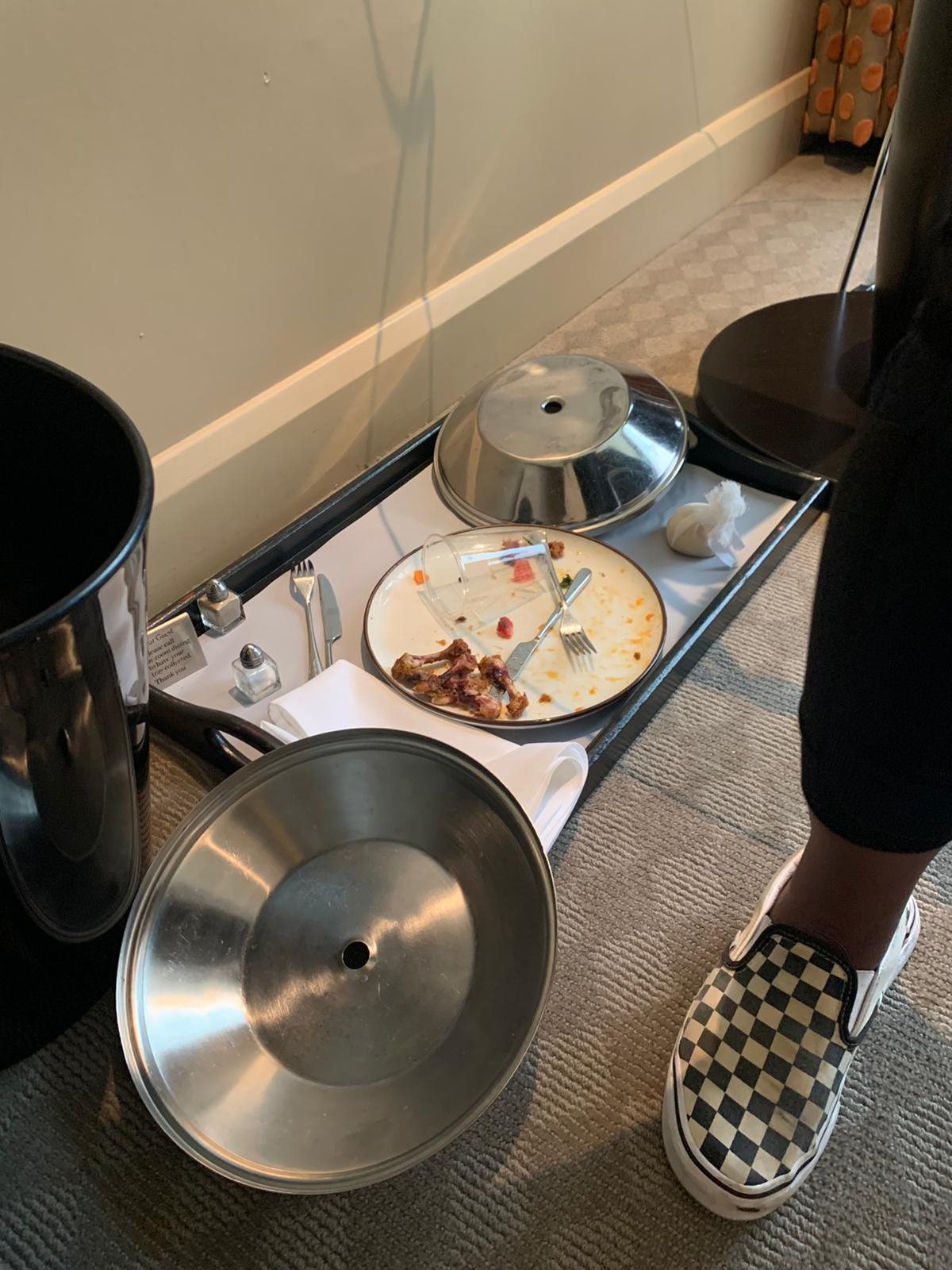 The family, from Birmingham, had been in Zimbabwe since the end of January to attend to family matters after her grandma passed away.

Speaking to The Sun from inside the hotel, Shinga said: “The situation has been horrible enough, and this hotel has made it even worse.

“We have had to make a complaint because there was blood on the sheets.

"The room that my mum and sister were in was also dirty, there are used plates and towels that other people have used.

“We have come here because we have to quarantine – the rooms should be clean before they make us stay in them.”

She added: “It was really filthy when we got here. “It’s really not what you expect. It was quite a shock and made me feel sick.

Pictures from inside Shinga’s room appear to show spots of blood on her sheets while the room given to her mum and sister had towels by the sink, a tissue by the pillow, and a tray with a plate of half- eaten food.

The family was taken by coach to the Radisson hotel from Terminal 2 at Heathrow airport after their flight landed at 6.35am from Addis Ababa, Ethiopia.

Any travellers coming from one of 33 “red-list” countries, which includes Zimbabwe, now have to quarantine at a hotel for ten days before returning home. 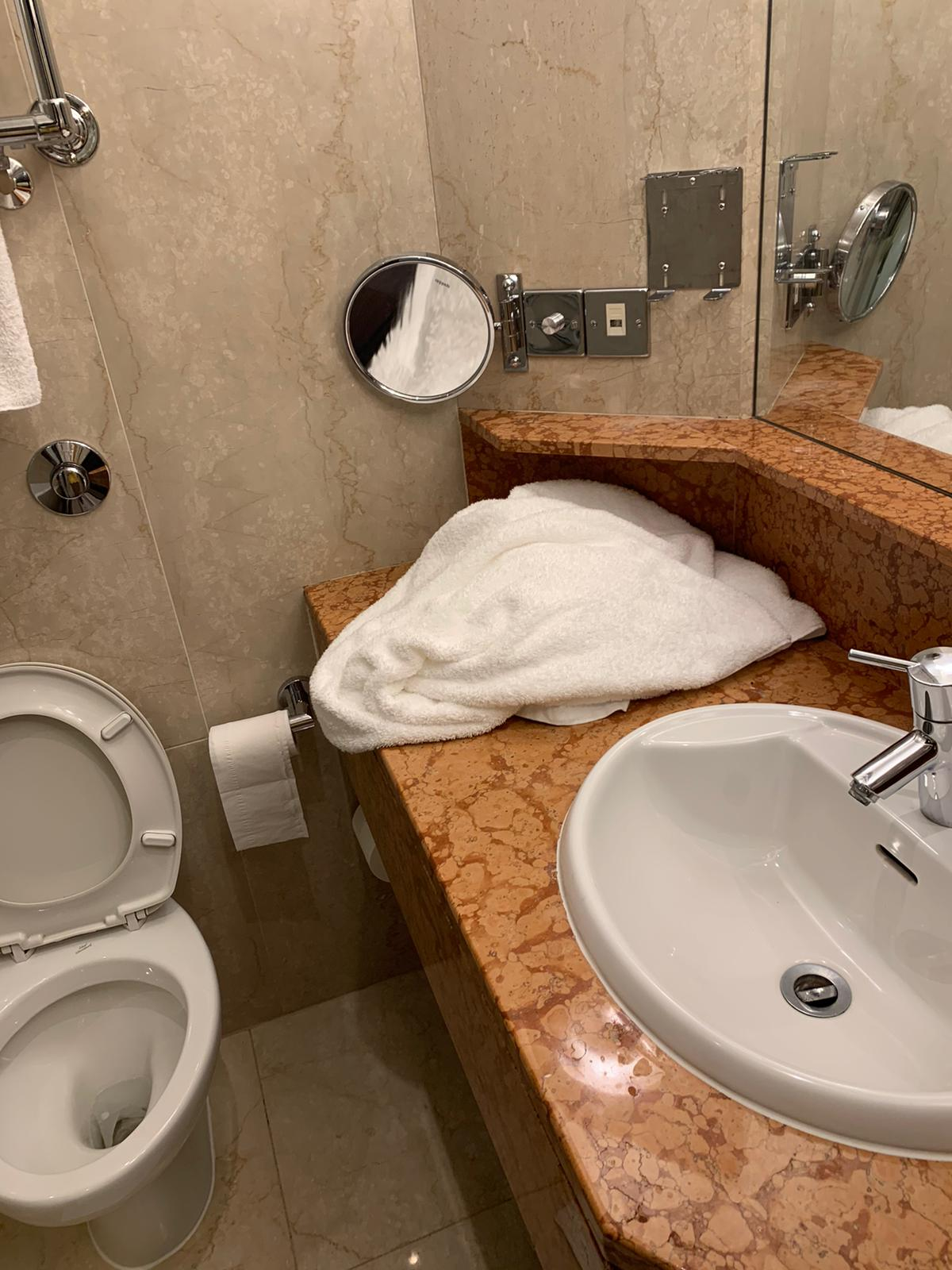 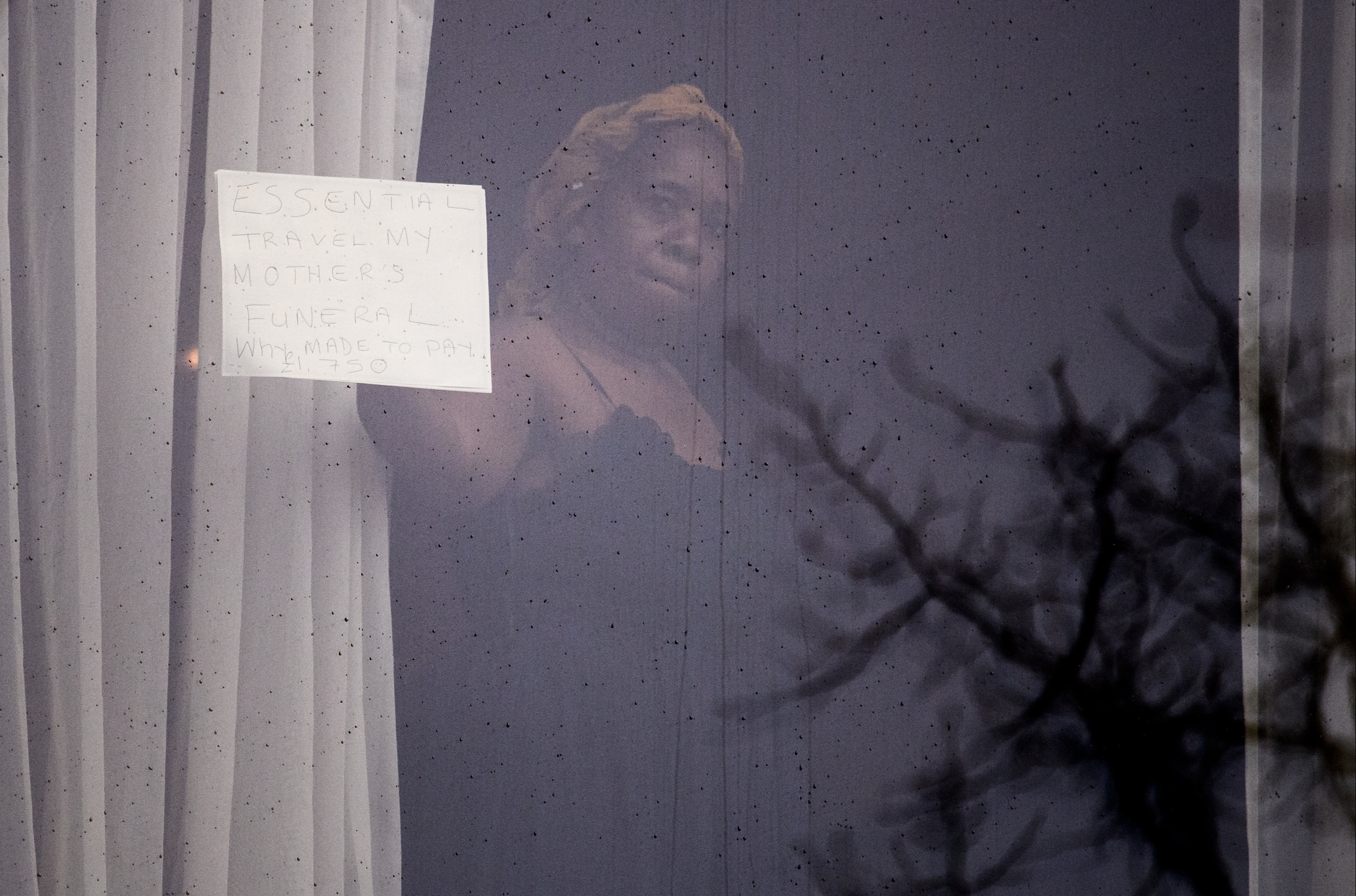 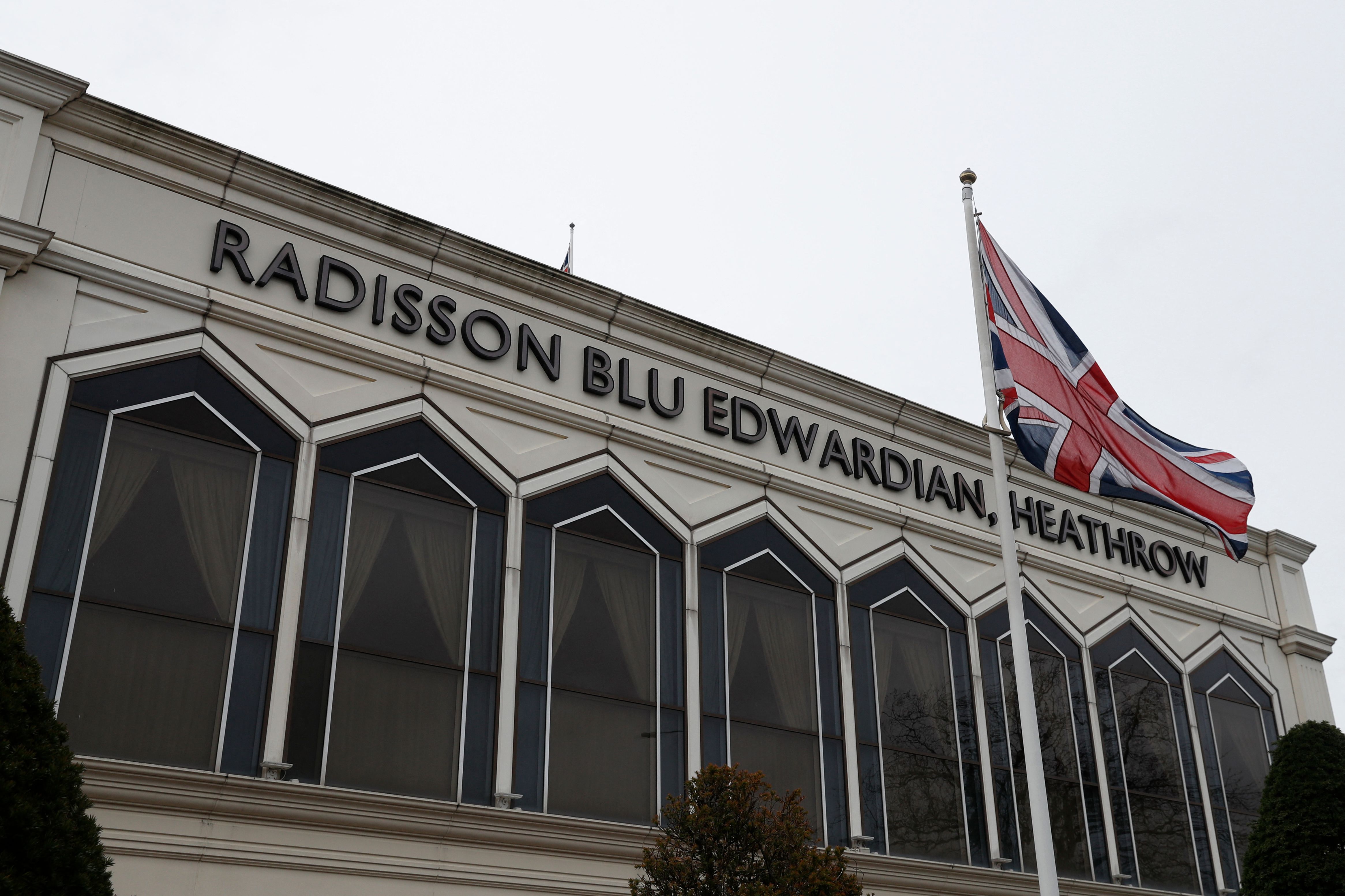 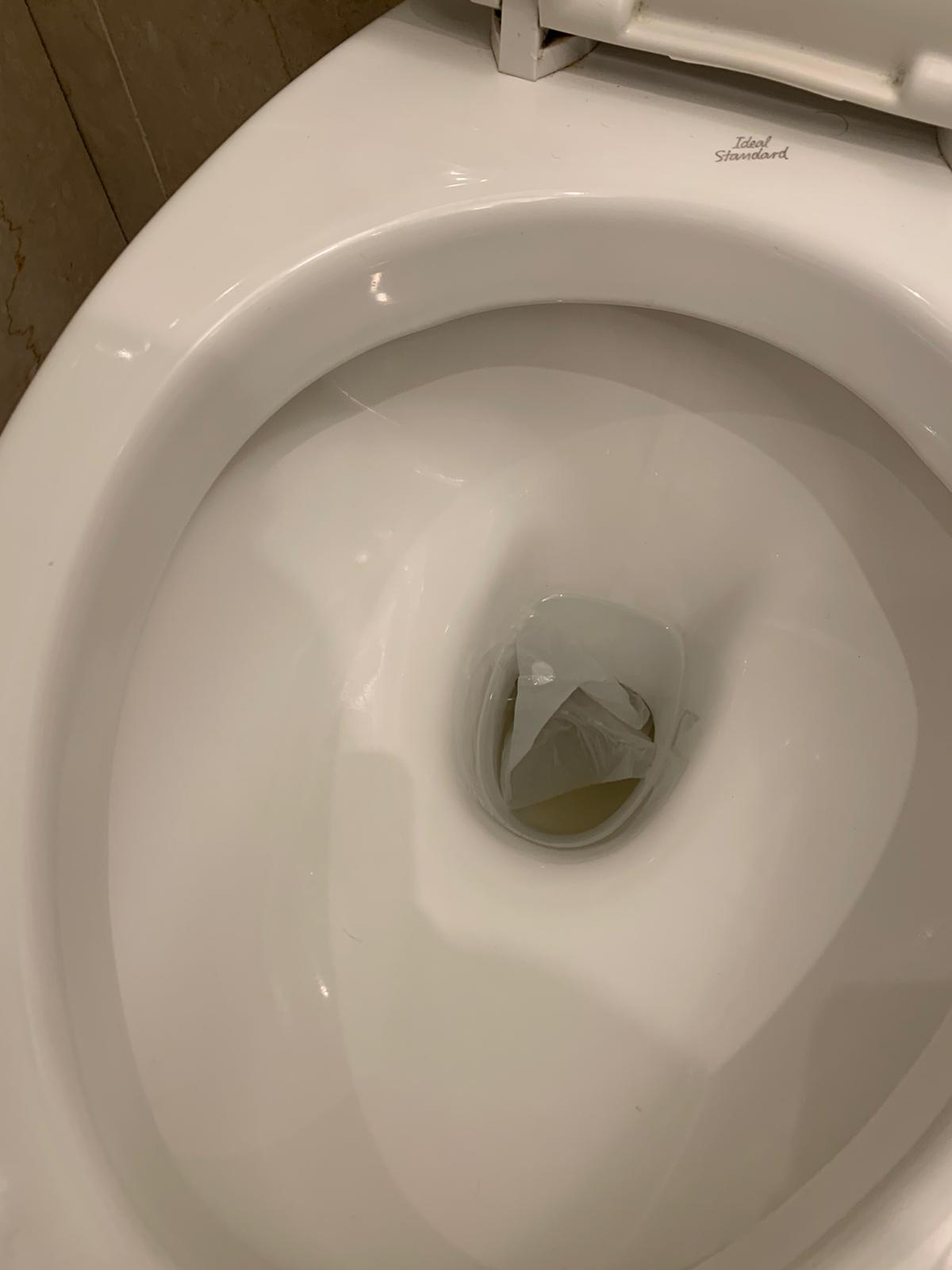 Each guest has to pay £1,750 and the hotel provides them with three meals a day, left at their door for them to collect.

They also have to do two covid tests on days two and eight of their stay.

Shinga said: “We got here this morning at 6.30am. There was a long wait in the airport at customs when they had to check our covid tests and our forms. It has been a horrible experience.

“We flew out to Zimbabwe on January 31. My grandma had just passed away, and we are the only family she has, so we had to go out there to sort things out.

“When we flew out it was for essential travel, which was allowed. We weren’t told about any of this when we came back.

"My sister is a student at Manchester Metropolitan university and my mum is a nurse.

“The hotel is really really bad. We have complained to the hotel staff and I hope something is done about it.” 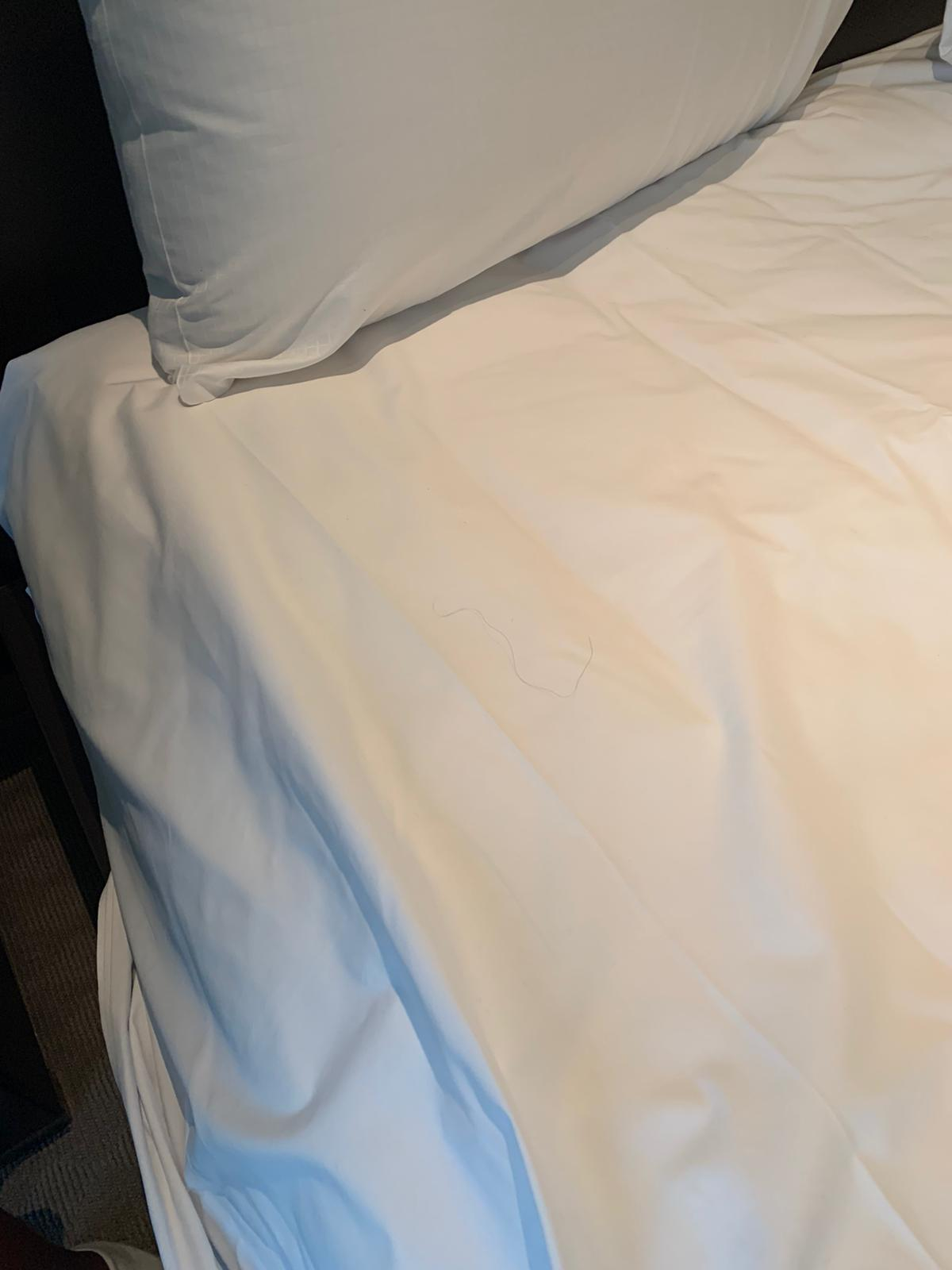 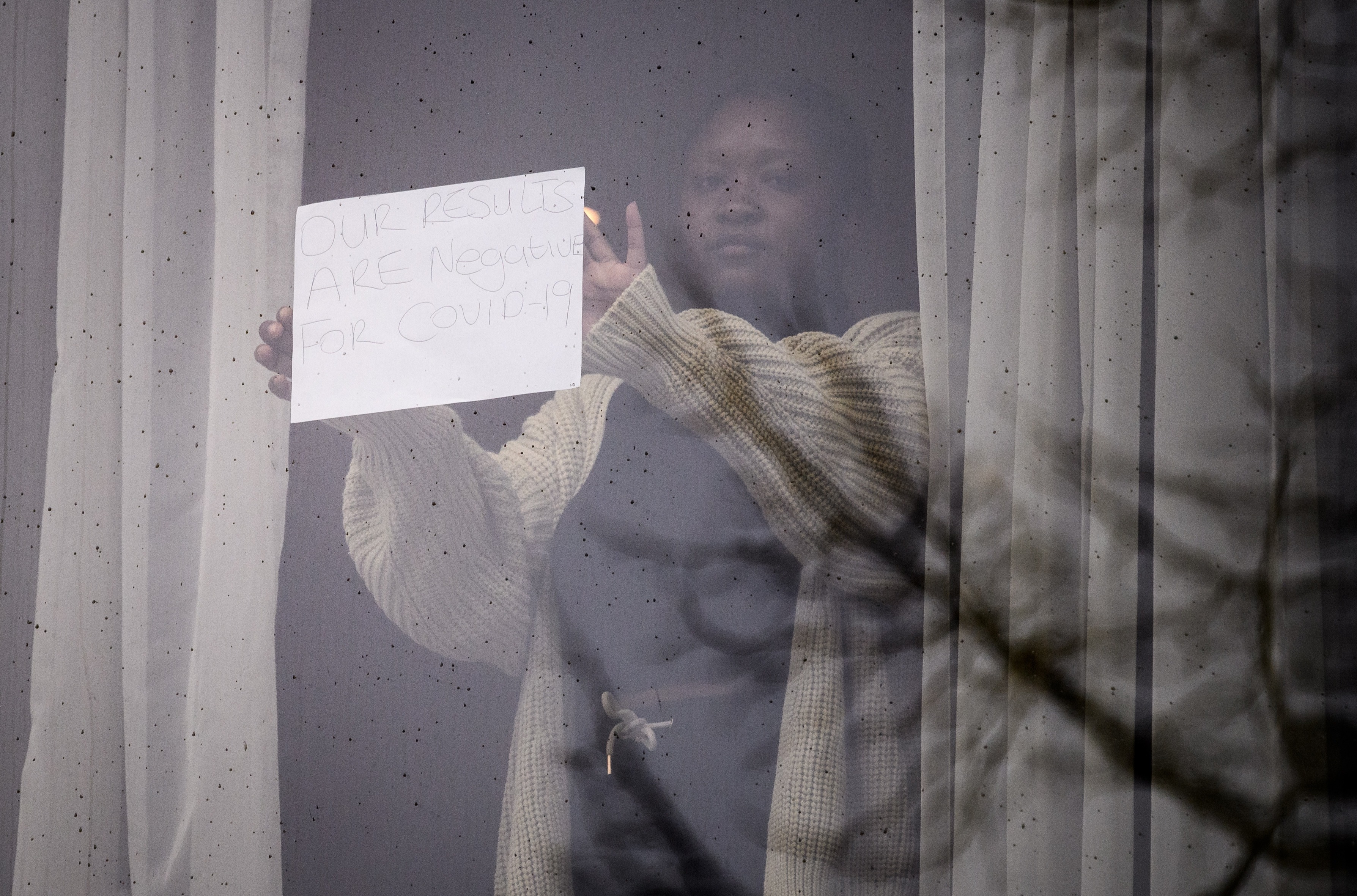 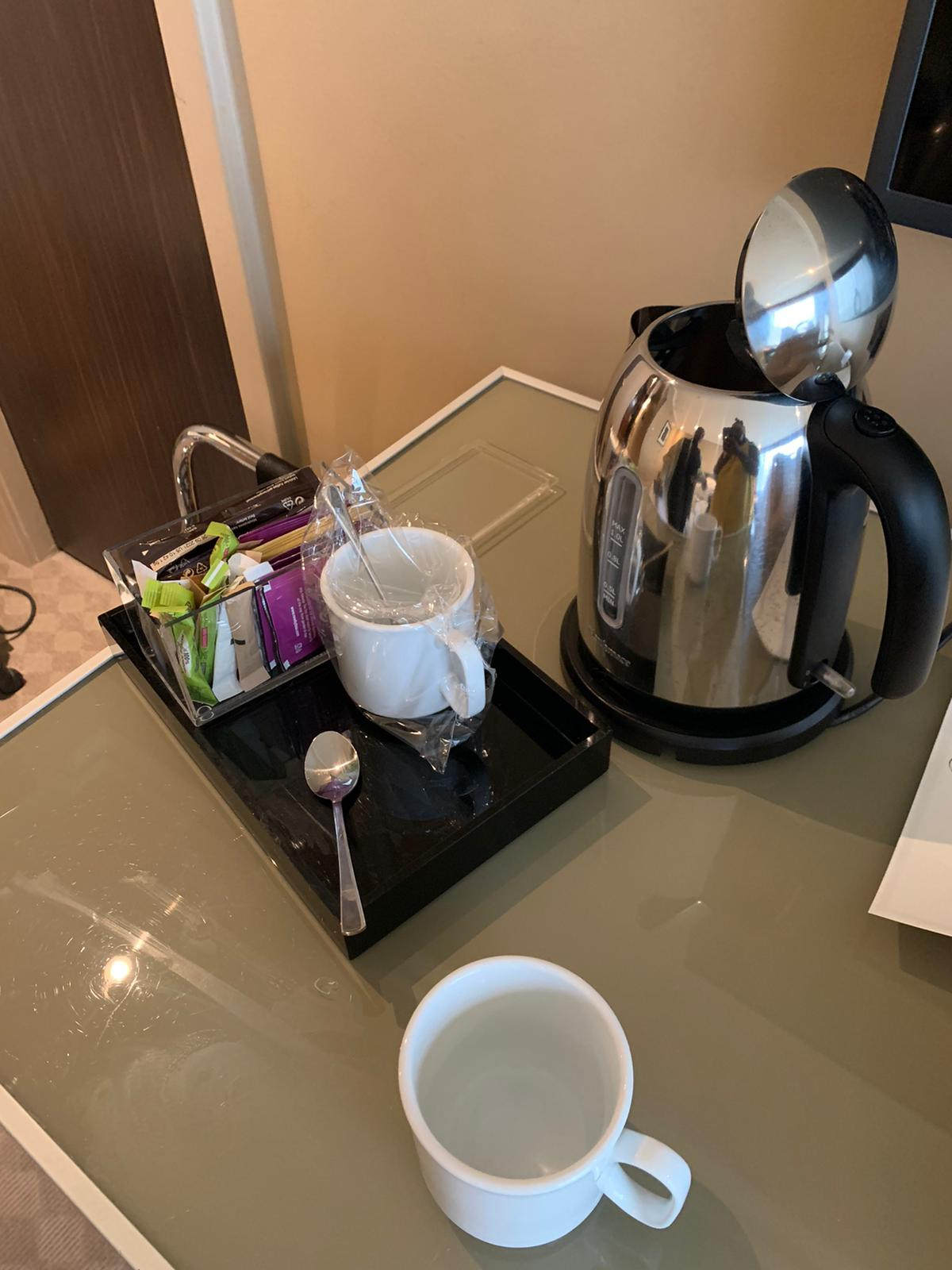 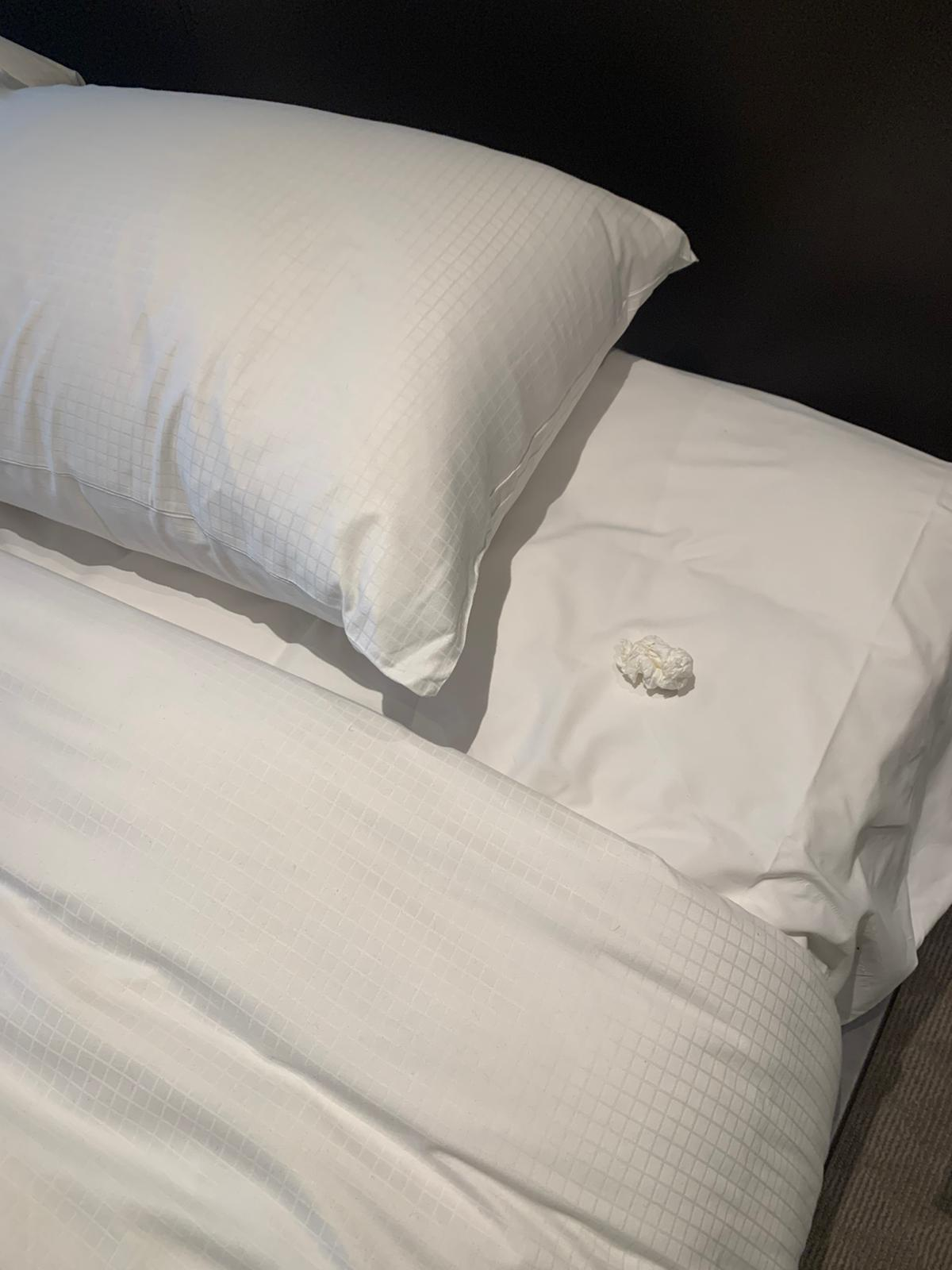 The Radisson Blu Edwardian hotel near Heathrow was the first hotel to accept quarantining guests from the London airport yesterday.

The four star venue boasts a Steak and Lobster restaurant and guests before covid would have been able to enjoy a spa onsite.

Shinga said: “The food has been OK so far and the staff have been helpful apart from our room situation.

“I thought my mum would be exempt because she is a key worker as a nurse – but she has to stay here too.”

Quarantining guests have to choose from a set menu for breakfast, lunch, and dinner, with options including chicken and mushroom pie with buttered green beans or a cheese and onion pasty.

A spokesperson for Radisson Blu Heathrow Edwardian said: “At Radisson Blu Edwardian Heathrow we take our role in assisting the UK government with its hotel quarantine programme very seriously to help provide a comfortable and enjoyable experience for travellers included in the programme.

“All our properties follow the Radisson Hotels Safety Protocol which specifies clear sanitation and hygiene procedures, and we will investigate and rectify any issues reported as quickly as possible.”