Home » Princess Diana, the dodgy reporter, a mystery burglary and a BBC cover-up

Princess Diana, the dodgy reporter, a mystery burglary and a BBC cover-up

London: Tony Hall bounced into work on November 21, 1995 thinking he was onto a winner. What he really had on his hands was a ticking time bomb which finally exploded this week.

The BBC’s then-chief of news and current affairs entered the office that day elated about the previous night’s Panorama program, in which Princess Diana sensationally declared “there were three of us in this marriage”. Hall was in such a good mood that he penned a handwritten letter to Martin Bashir, the little-known reporter responsible for the ratings bonanza. 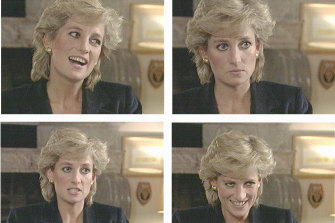 Princess Diana on the BBC’s Panorama program in November 1995.Credit:AP

“Dear Martin,” Hall gushed. “You should be very proud of your scoop. It was the interview of the decade – if not of our generation. But equally importantly, you handled it with skill, sensitivity and excellent judgement. I also think you have carried yourself during this whole episode in absolutely the appropriate fashion.”

We now know Bashir did nothing of the kind and that the scoop of the decade has its own dark story. The journalist used faked bank documents to secure the interview with Diana and later lied about it. A mystery burglary conveniently eliminated potentially significant evidence. A graphic designer who first raised concerns about Bashir’s dealings was instead made a scapegoat. And in a new twist, a major investigation has found the BBC – the world’s most revered public broadcaster – covered some of it up.

The revelations have prompted Diana’s sons to condemn Britain’s national broadcaster for its deceit in blistering terms. While Prince Harry, in his statement, said “our mother lost her life because of this”, Prince William, the typically reserved and cautious second-in-line to the throne, was even more damning, demanding that the famous episode never be aired again.

“It effectively established a false narrative which, for over a quarter of a century, has been commercialised by the BBC and others.”

What Spencer didn’t know was that the statements were fake and that Bashir had only days earlier ordered one of the BBC’s freelance graphic designers, Matt Wiessler, to draw them up. Wiessler assumed they were to be used to illustrate an upcoming story and had no cause for doubt. More on him later. 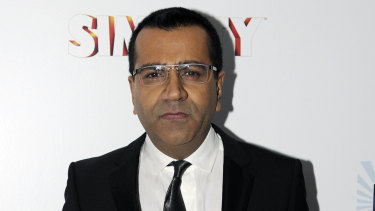 Martin Bashir was found to have used deceitful behaviour to obtain the interview.Credit:AP

Bashir also showed Spencer other fake documents that alluded to mystery payments to Richard Aylard, Prince Charles’ then-private secretary, and Patrick Jephson, Diana’s private secretary. Again, the payments never happened. But the idea was to win Spencer’s trust and secure an introduction to Diana so Bashir could then pitch the interview.

It worked. Diana eventually filmed the Panorama interview inside her Kensington Palace apartment on November 5. The episode was watched by 23 million people in Britain and triggered formal divorce proceedings. Two years later, Diana was dead.

Rumours about how Bashir secured the story shot around Fleet Street almost instantly. Wiessler, the graphic designer who Bashir had asked to draw up the dodgy bank statements, also twigged something was wrong as he watched the Panorama program. Concerned he might have played a role in obtaining the interview by deception, Wiessler reported his concerns to the BBC. For his troubles, Wiessler had his shifts cut and left the industry. During a later break-in at Wiessler’s London home, just two items were stolen: discs of the graphic work he had created for Bashir.

Wiessler’s alert to the BBC prompted a meeting between Bashir and editorial managers. Bashir eventually confessed to creating the fake bank documents but escaped scrutiny because he produced a short note from Diana which said she consented to the Panorama interview freely and had “no regrets”. 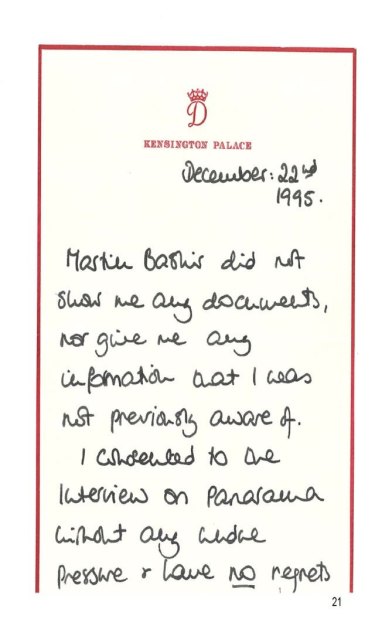 Princess Diana’s handwritten note, which was uncovered by the BBC’s latest investigation into the Panorama program.

The authenticity of the note was verified by Prince William and Prince Harry, who told Hall that the handwriting, notepaper and signature were consistent with Diana’s.

“Martin Bashir did not show me any documents, nor give me any information that I was not previously aware of,” Diana wrote in the note.

But Hall and other BBC executives never thought to ask Bashir if he had shown the forged documents to Spencer, Diana’s brother. It didn’t help that Bashir initially lied to his bosses in claiming he had never shown the documents to anyone.

As press interest in the scandal grew in early 1996, Hall – the BBC news chief who praised the Diana scoop in his handwritten note to Bashir – launched an investigation. Amazingly, it cleared Bashir, Panorama and the BBC of any wrongdoing. Hall even told a board meeting that Bashir was an “honest and an honourable man” even though he knew the reporter had lied to BBC managers when first questioned about his methods. 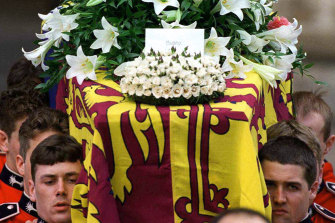 Princess Diana was killed in a Paris car crash two years after the interview went to air.Credit:Anwar Hussein

Lord Dyson found that the 1996 investigation was “woefully ineffective” – particularly because the BBC never approached Spencer for any information about what Bashir had been up to.

Hall, who went on to become the BBC’s director-general between 2013 and 2020, on Thursday said he was “wrong to give Martin Bashir the benefit of the doubt”.

John Birt, the director-general of the BBC when the Panorama interview aired, was also contrite on Thursday, saying, “This is a shocking blot on the BBC’s enduring commitment to honest journalism, and it is a matter of the greatest regret that it has taken 25 years for the full truth to emerge.”

So why did it take so long? Because, according to Lord Dyson’s investigation, the BBC covered up what it knew about Bashir in 1996.

The BBC repeatedly dodged questions and omitted information it knew to be damaging from its responses to journalists who were snooping around the saga. And a press officer, Alison Kelly, recalls being asked by an unidentified BBC staffer to brief the press that questions about Bashir’s conduct were driven by “jealous colleagues, troublemakers and leakers”. This phrase appeared in at least 12 different press articles.

Other notes made by a senior BBC manager from the time determined the scandal “is probably now dead unless Spencer talks”.

The BBC also never ran any stories about its own 1996 investigation into Bashir, even though it was covered by other media. An email was sent to radio staff discouraging them from covering the saga.

“It was not being left to editors to exercise their individual judgments as to whether to cover the story,” Lord Dyson said. “It was obviously of public interest.”

He concluded the BBC “covered up” Bashir’s behaviour and “thereby fell short of the high standards of integrity and transparency which are its hallmark”.

Current director-general Tim Davie has written to Prince Charles, Prince William and Prince Harry to apologise for the saga. He is also returning all awards the Panorama interview won.

Bashir left the BBC in the late 1990s but was rehired in 2016 as its religion editor even though Hall, the director-general at time time, knew he was a liar. Bashir quit last week ahead of the report’s release, citing ill-health.

He apologised on Thursday for creating the bank statements but insisted they did not influence Diana’s decision to be interviewed.

“It is saddening that this single issue has been allowed to overshadow the princess’ brave decision to tell her story, to courageously talk through the difficulties she faced, and, to help address the silence and stigma that surrounded mental health issues all those years ago.

“She led the way in addressing so many of these issues and that’s why I will always remain immensely proud of that interview.”