THE QUEEN has arrived in Scotland with Prince William for an emotional first visit since the death of the Duke of Edinburgh.

Her Royal Highness has spent a 12-week break at Balmoral every summer of her 69-year reign – but this time she will be without her beloved Prince Philip. 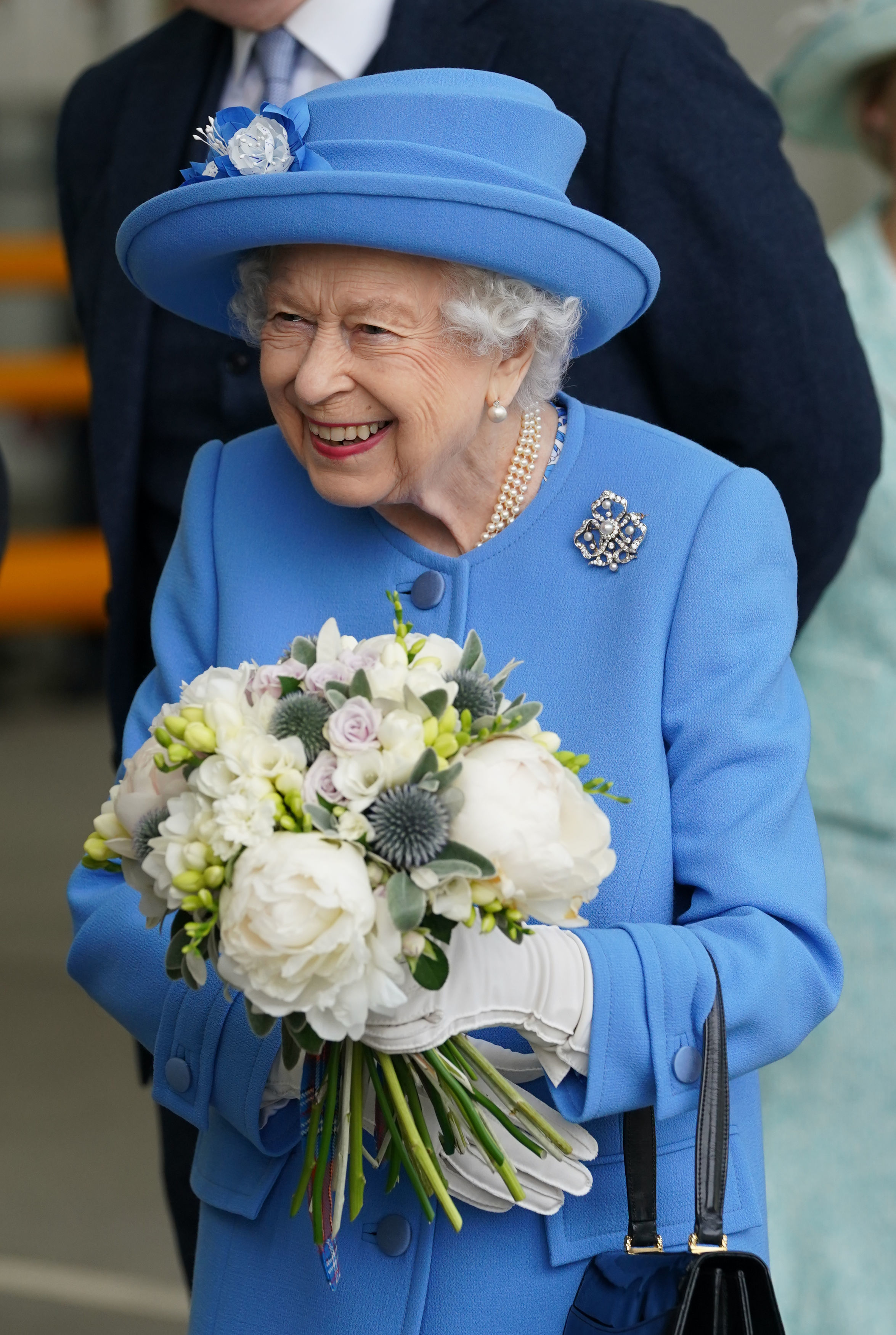 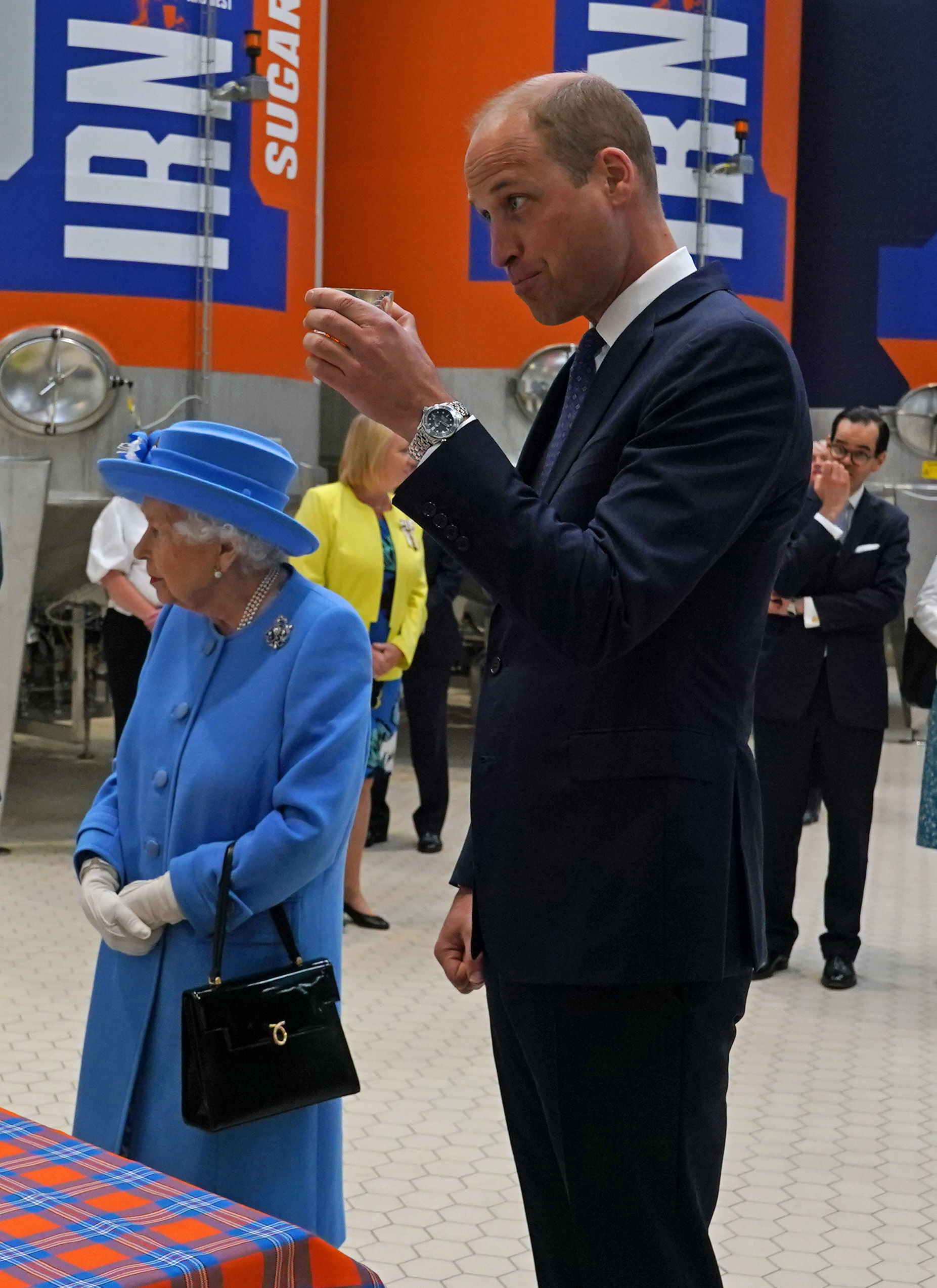 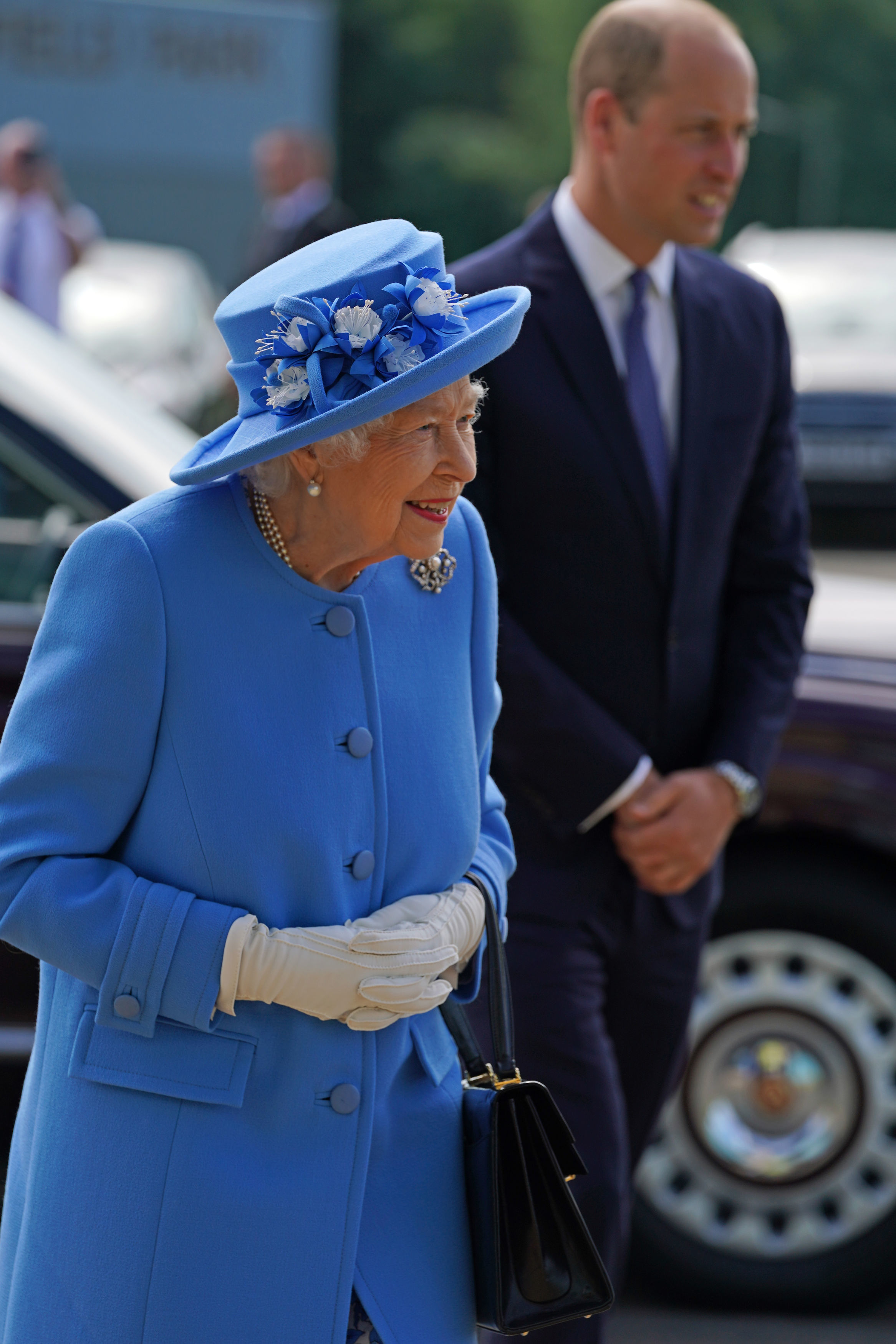 The Queen was introduced to Scotland's other national drink Irn Bru as she began a four-day visit to Scotland today.

She and Prince William were given a tour of AG Barr's factory in Cumbernauld, where the iconic soft drink is manufactured.

The Queen, who has continued with her duties as head of state despite grieving for her late husband, will stay at the Palace of Holyroodhouse in Edinburgh, her official residence in Scotland.

The Queen's poignant return to Scotland, which held many happy memories for the Duke of Edinburgh, comes after his death at the age of 99 on April 9 this year.

Each summer, the Queen and Prince Philip, and various members of their family, would head to Scotland for some down-time away from busy public life in London.

Even the coronavirus pandemic did not stop the couple's annual retreat to Scotland last year, with the monarch and the duke managing to leave Windsor Castle in August 2020 to make the annual pilgrimage after months in lockdown. 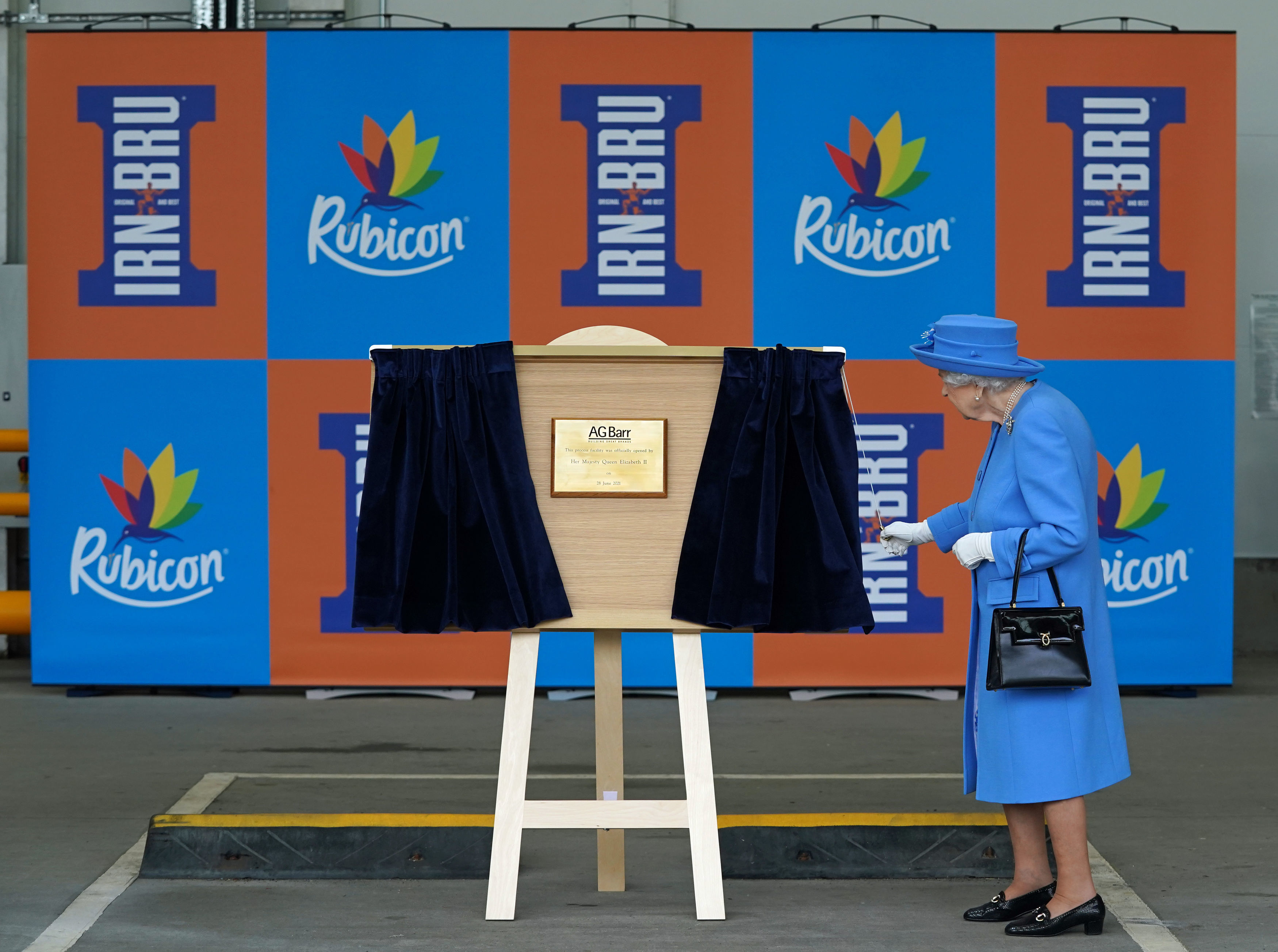 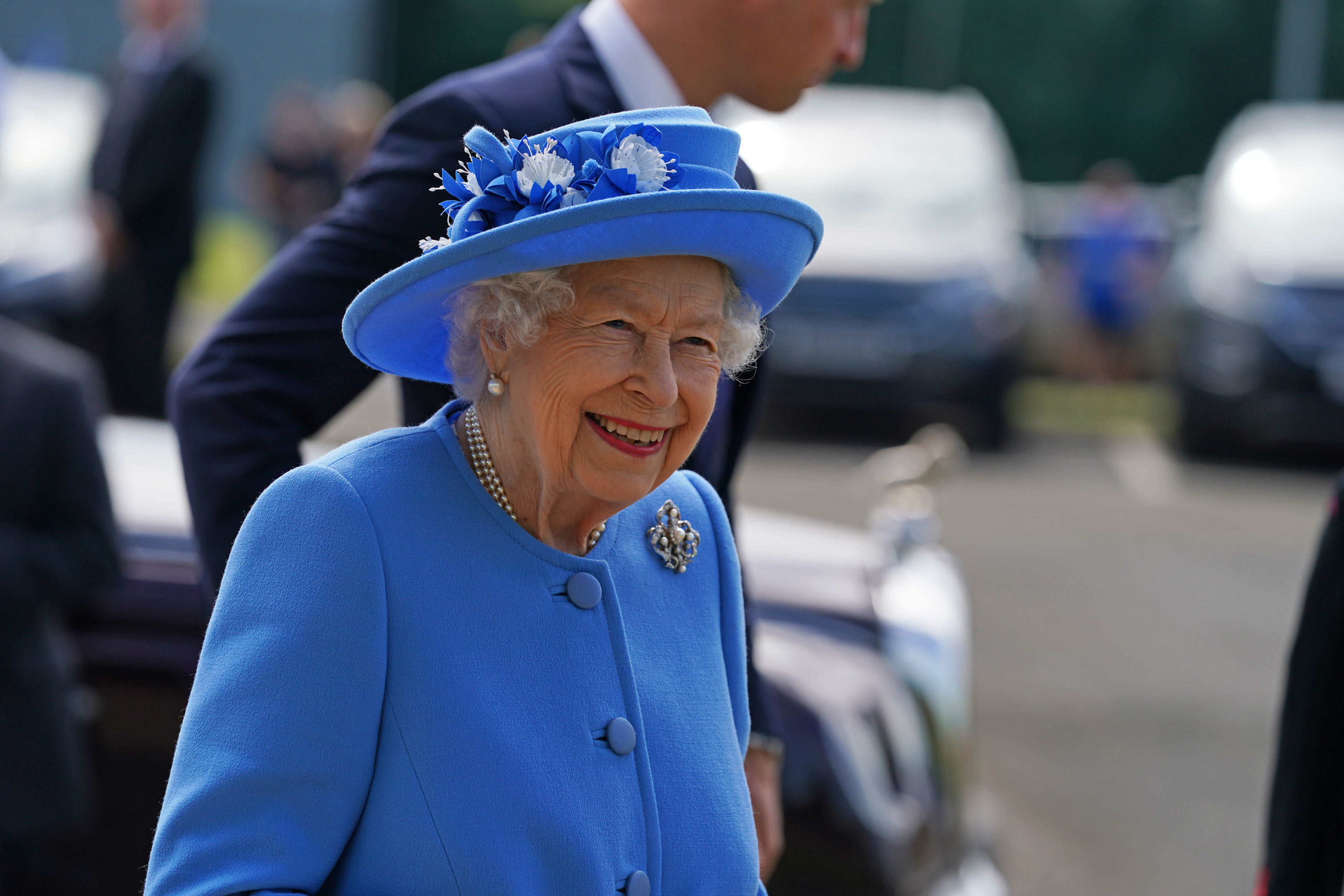 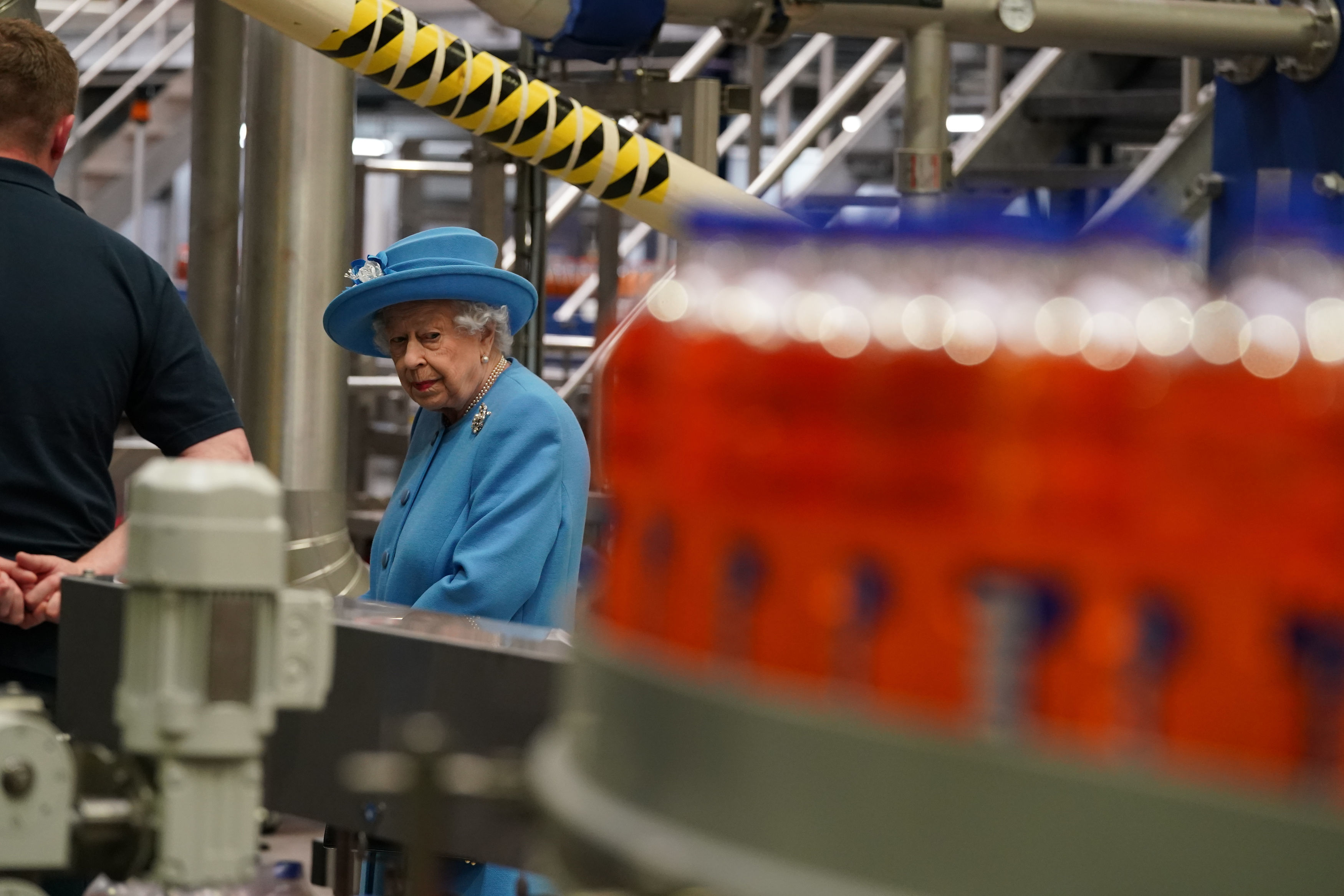 In a series of tweets on Sunday, Buckingham Palace emphasised the Queen's long-standing links to Scotland.

It said: "Tomorrow, The Queen will arrive in Scotland for #RoyalWeek2021 Royal Week, or 'Holyrood Week', takes place each Summer as The Queen and Members of the Royal Family undertake visits across Scotland celebrating Scottish culture, achievement and communities.

"Her Majesty is connected to Scotland by ancestry and deeply held affection. As well as spending family Summers at Balmoral Castle, The Queen has visited almost every area of Scotland from the Outer Hebrides to Dumfries, meeting Scots from all walks of life."

The Queen was once said to never be happier than when she was at Balmoral, where the family spent their time riding, fishing or walking.

It is her private home, handed down through generations of royals after being bought for Queen Victoria by Prince Albert in 1852.

Philip, too, loved the outdoor life that was synonymous with their annual break, which stretched from the end of July into October. 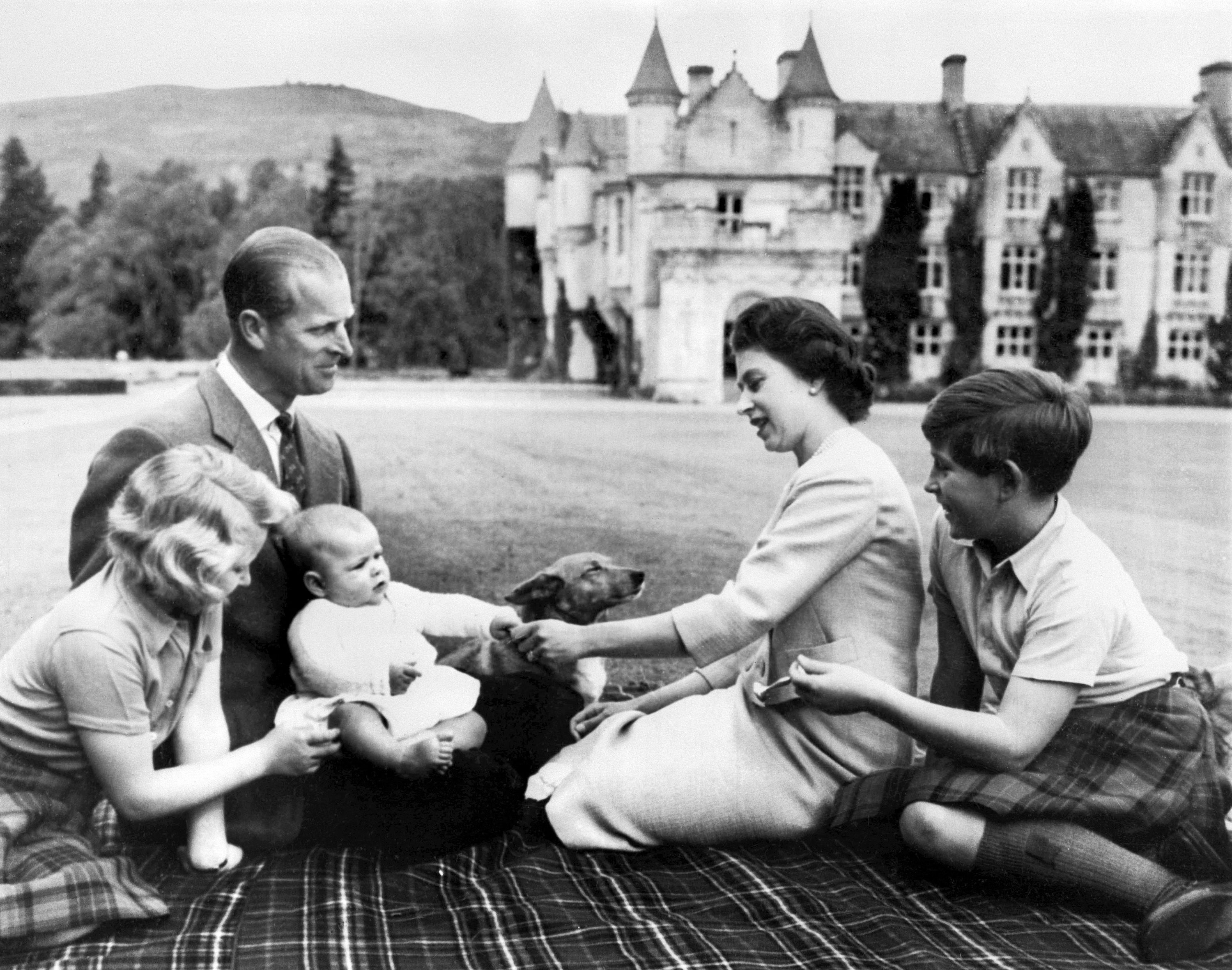 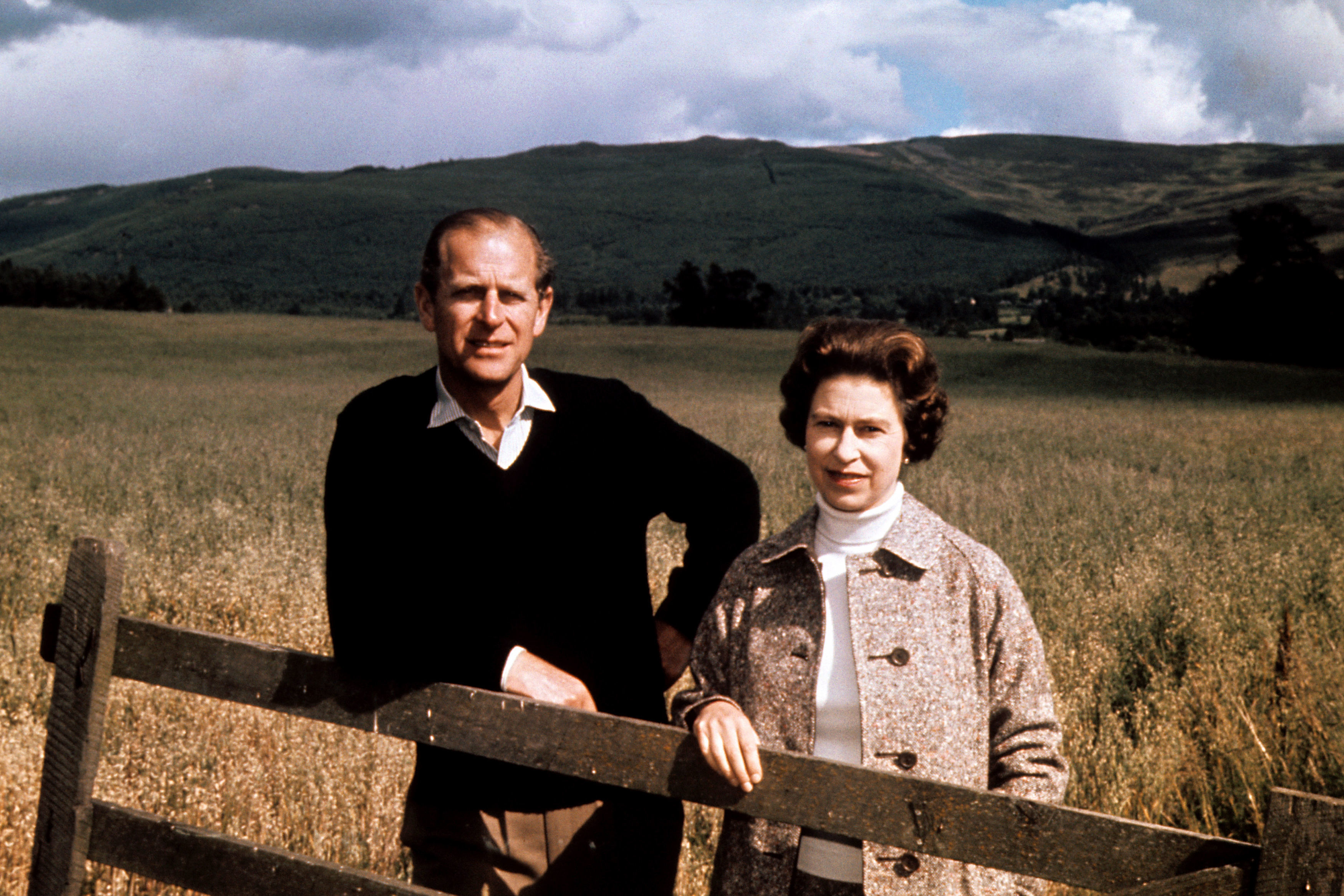 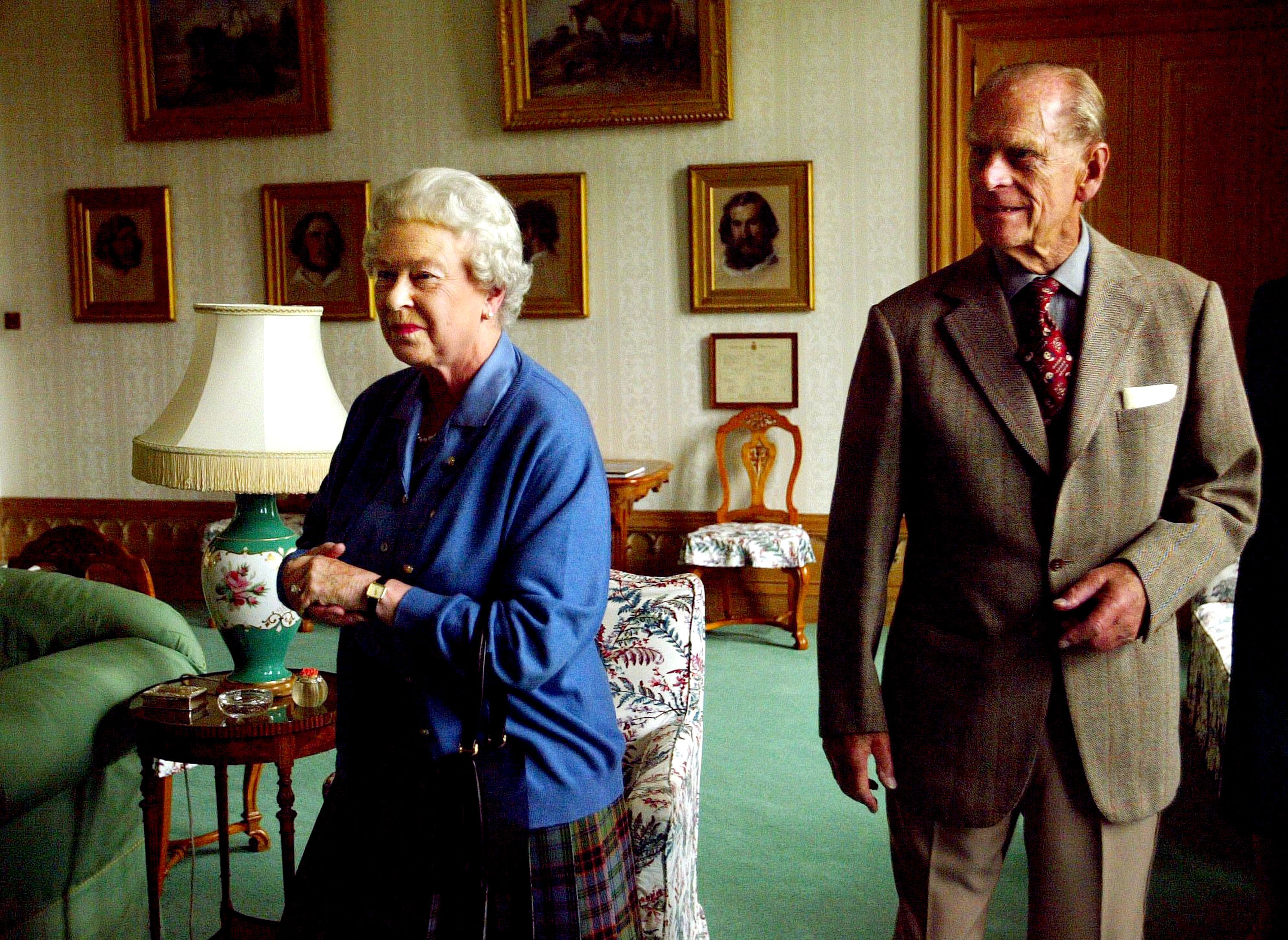 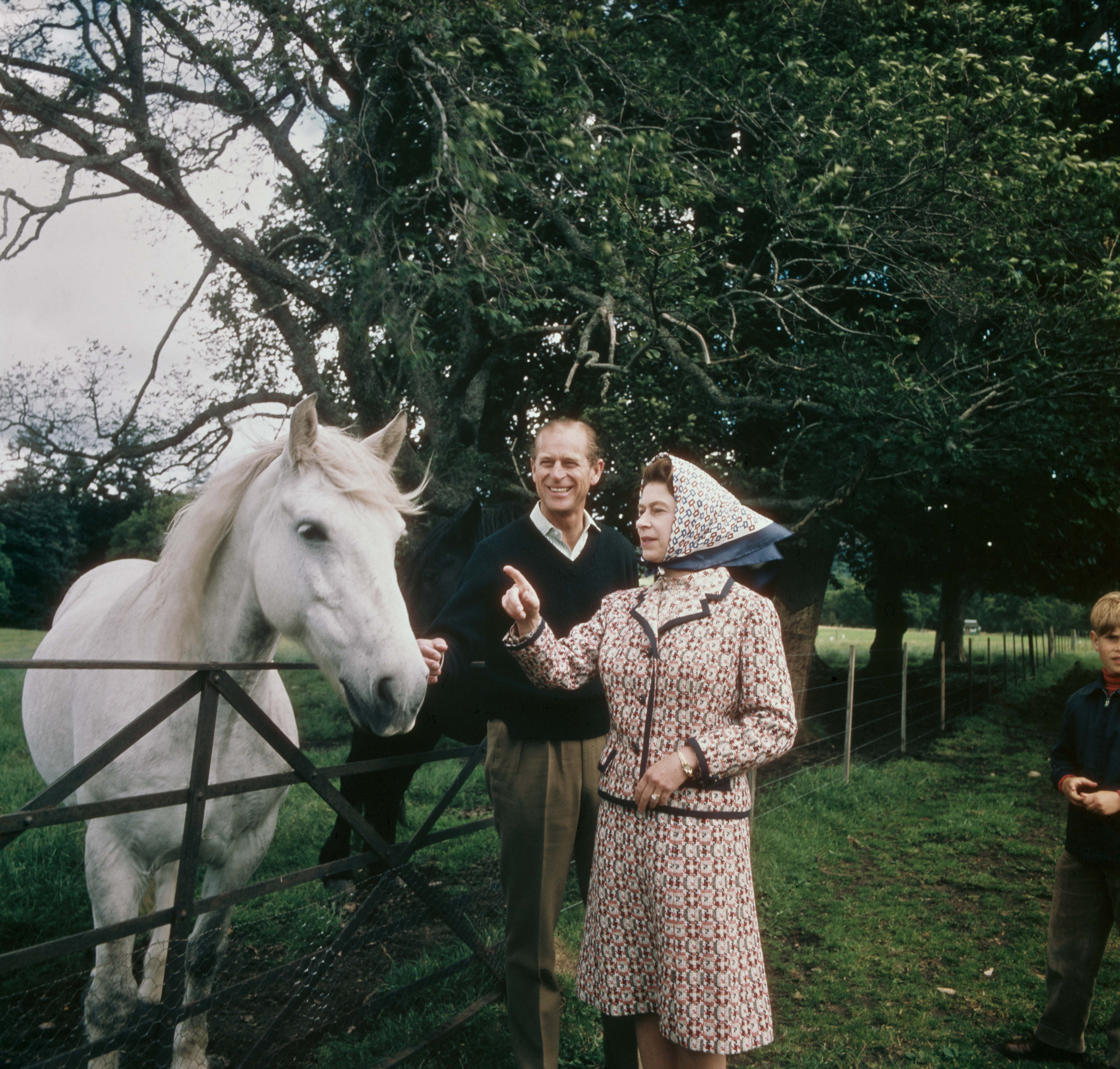 The royal couple also attended the annual Highland Games, the Braemar Gathering, and were usually pictured in fits of laughter, watching the caber tossing and the tug of war.

After the Duke of Edinburgh and Princess Elizabeth married in 1947, they spent part of their honeymoon at Birkhall, a grand hunting lodge on the Balmoral estate.

He created a large vegetable garden adjoining Queen Mary's flower garden, a flowered paved walk along the terrace on the north side of the castle, and a water garden to the south west.

He also started a plantation of oak along the bank, south of the cricket pitch.

Years of royals memories were forged at Balmoral, including family barbecues, where Philip did the cooking and the Queen the washing-up.

Friends and family were invited to join them throughout the summer months for walks and picnics and events such as the annual Ghillies Ball, hosted by the Queen in the castle ballroom.

Balmoral is also where the Queen was staying with her grandchildren Princes William and Harry when their mother Diana, Princess of Wales died in a car crash in 1997.

Balmoral has long been known to be the Queen;s happy place, where she is often seen riding horses or driving her beloved Range Rover over the estate’s rugged terrain.

It costs the Queen an estimated £3m annually to run the 50,000 acre estate and castle and half of that comes from tourist revenue.

Usually they are open until the end of July when the Queen moves in to the castle at the beginning of August.

The Scottish castle has been in the Royal Family since 1852 and boasts over 50,000 acres of land, 52 bedrooms and is estimated to be worth a cool £155 million according to Business Insider.

Since 1987, an illustration of the castle has been featured on the reverse side of £100 notes issued by the Royal Bank of Scotland.