Prince Philip's boardroom coup to save his beloved Outward Bound

Revealed: Prince Philip’s boardroom coup to save his beloved Outward Bound… and how he told guests at a fundraiser: ‘This is a shearing shed – and we’re here to fleece you’

The Duke of Edinburgh staged an extraordinary boardroom coup to save a charity founded by his former headmaster at Gordonstoun, The Mail on Sunday can reveal.

Having learned that The Outward Bound Trust was on the brink of going bust, he arrived unexpectedly at an emergency board meeting in Oxford.

Furious at the prospect of a charity of which he was patron being wound up, Prince Philip removed the chairman and took on the role himself.

He then sacked the chief executive and many of the trustees before telling the stunned meeting: ‘Our mission is clear. We must proceed with rescuing this tremendous organisation.’

Within weeks, the Duke had invited senior figures from the business world to a fundraising dinner in the Chinese Dining Room at Buckingham Palace. 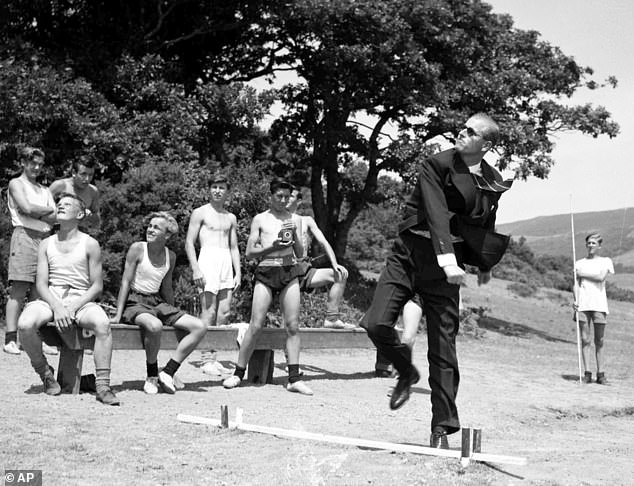 The Duke of Edinburgh throws a javelin during a visit to the Outward Bound Sea School, in Wales, watched by some of the boys in July 1949

According to several of those present, the Prince joked to his guests: ‘This is like a high-class shearing shed and we are here to fleece you.’

The charity, which provides adventure expeditions for youngsters, not only survived, but thrived. Today, it welcomes 25,000 young people a year through the doors of its activity centres.

Recalling the Duke’s intervention at the meeting in 1993, Lord Kirkham, owner of the DFS furniture empire and a trustee at the time, said: ‘It was almost like a comedy script. We had these three accountants who one after another delivered all these reports and charts and forecasts that said the charity could not survive.

The Duke asked the charity’s then chairman, Jim Swaffield, who was director-general of the Greater London Council, to step down and appointed retired Army Major-General Sir Michael Hobbs as the new chief executive.

Mountaineer Sir Chris Bonington, who is the charity’s deputy patron, said: ‘I had just been appointed and saw him in action. He was the best chair I have ever come across.’

The rescue was a personal mission for the Duke, who died earlier this month, aged 99. The charity had been co-founded in 1941 by Kurt Hahn, headmaster at Gordonstoun School in Moray, Scotland, and a major influence on the young Philip’s life. 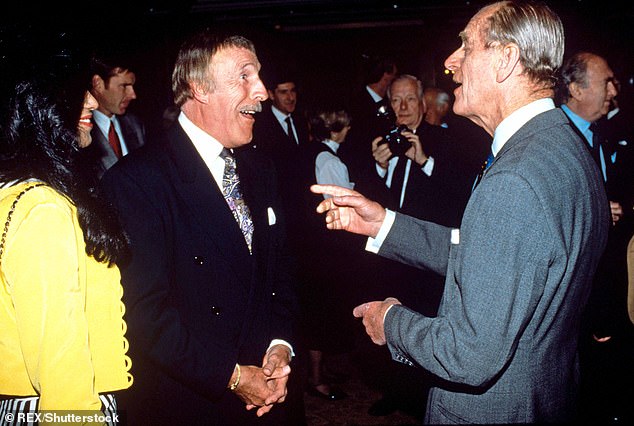 Crucial to the plan was fundraising, with the Duke organising a series of high-profile dinners. Lord Kirkham said the Duke made clear to guests that a sizeable tip would be required at the end of the meal.

‘He never made any bones about it,’ he added. ‘He was very straightforward. He didn’t gild things. He was upfront about what he wanted.

‘It felt like a great privilege to go along and he would tell you how important the charity’s work is and how you would be fulfilled by supporting it – and you did feel great about it. There’s no doubt he saved the charity.’

By the time the Duke stood down as chairman in 1999, the charity had not only cleared its £3 million of debts but had also paid off mortgages on its activity centres in Wales, the Lake District and the Highlands.

Prince Philip then resumed his role as patron until his retirement in 2019.

Nick Barrett, the charity’s current chief executive, said: ‘Without his intervention, Outward Bound would not be here today and for that alone we owe him a huge debt of gratitude.’