Pony owner offers reward for return of his beloved Shetland

Shocking CCTV footage has captured the moment a gang bundled a Shetland pony into the back of a Ford Fiesta before racing off in a late-night raid.

Violet was taken by three men who conducted a late-night raid of John Lowe’s stables in Ashingdon, Essex which had been holding 12 other horses.

John is offering a big reward in the search for his ‘favourite pony’ to ensure that  Violet is ‘too hot to handle’. After inspecting the stables, he saw that the locks and chains on the stables had been cut through, with the £1600 pony nowhere to be seen.

The footage of the incident on Friday night was captured by a neighbour living opposite the stables, who watched the gang break open the stables with a grinder before driving off with the 29-inch pony. 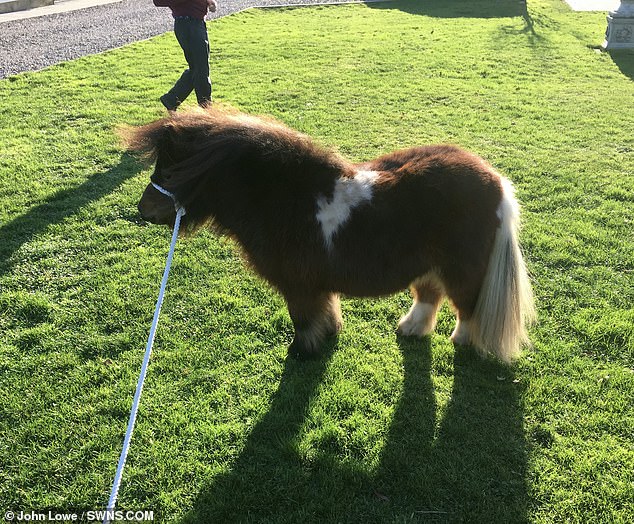 Violet, who stands at just 29 inches, was stolen by thieves from her stables on Friday night 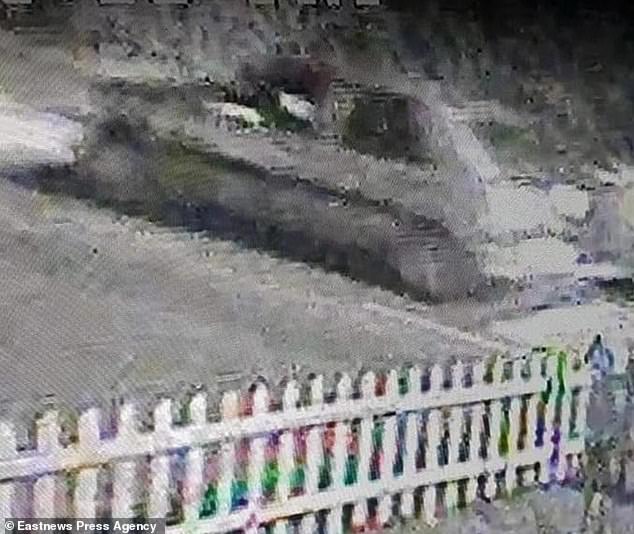 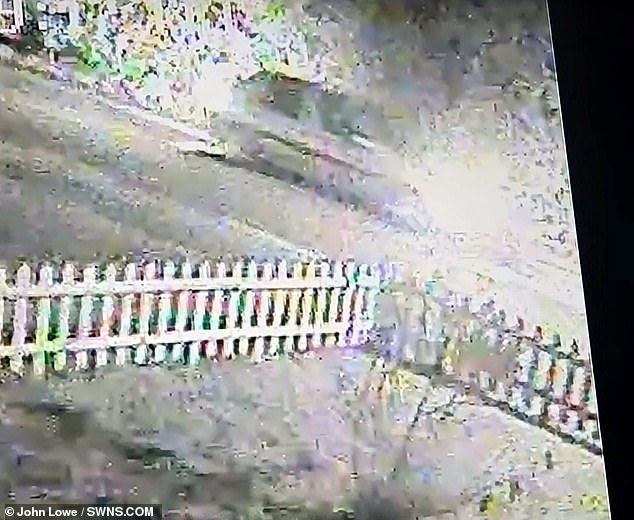 John, from Hockley, Essex, said: ‘I am just so gutted, she was my favourite pony. It’s such a terrible thing that’s happened.

‘My ponies are my pets – they’re like family to me. She’s not really worth anything to anyone stealing her, but for me she’s irreplaceable.

‘My whole family is missing her so much. I just want anyone who has any information to come forward and help find her.’

John has owned two-year-old Violet for just seven months – and described her as a ‘lovely and very friendly pony’.

He said: ‘I go down and see the ponies every day. I was there with them twice on Friday – at about 9am, and then in the evening at about 7pm. 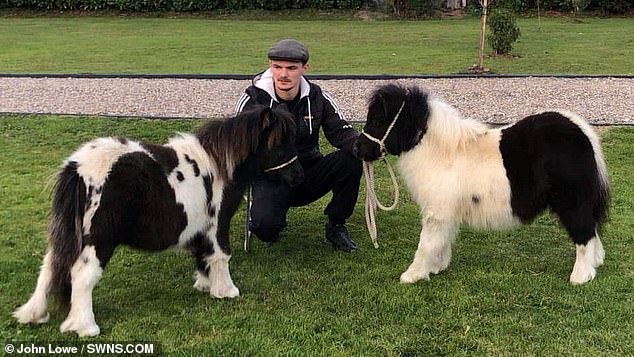 John Lowe, owner of the stables, said he lost his ‘favourite pony’ who was ‘like family to me’

‘It happened between 9pm and 10pm, and I found out the following morning when I went to the site.

‘The gate and chains were cut and a neighbour heard them using a small grinder cutting tool to get into the field. I was devastated. I am so concerned for her welfare and how she’s being treated, that’s the main worry.

‘I just hope she’s not being mistreated. The whole thing would have been very distressing for her.’

John’s other ponies that he keeps at the stable were also left wandering free in the road after the gate was cut open – but were luckily returned to their enclosure by the neighbour. 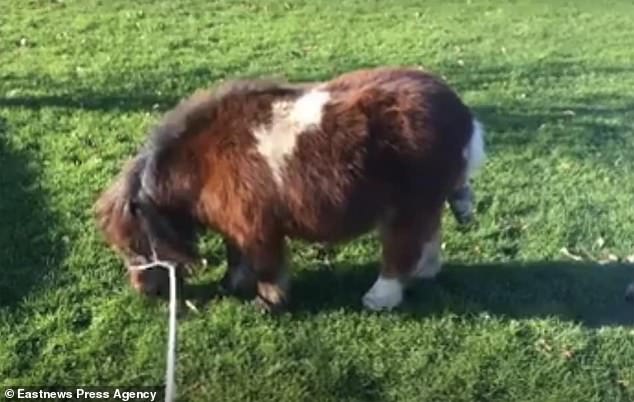 John added: ‘It’s just awful that people feel they can do this when we are all feeling at our lowest and feeling stuck inside.

‘The other ponies know she’s gone and are missing her, and I am sure she’s missing them as well.’

Now, he is offering a ‘big cash reward’ for anyone with information – vowing to track down those responsible and get Violet returned home safely.

He said: ‘I have reported it to the police, but they’ve just given me a crime reference number and not really done much. There have not been any leads.

‘I will find whoever took her, so the best thing to do is get in contact with me or someone who knows me, and it will end there.’

Violet is a distinctively-marked, bay and white coloured Shetland pony, with a white tail. Anyone with any information should call Essex Police on 101.