Polish towns that declared themselves ‘LGBT free zones’ in a backlash against gay rights are to be denied EU funds.

Now six towns that declared themselves as ‘LGBT Free’ or banned campaigning for the rights of same-sex couples, have had their requests for town twinning, which comes with potentially lucrative funding, rejected by Brussels. 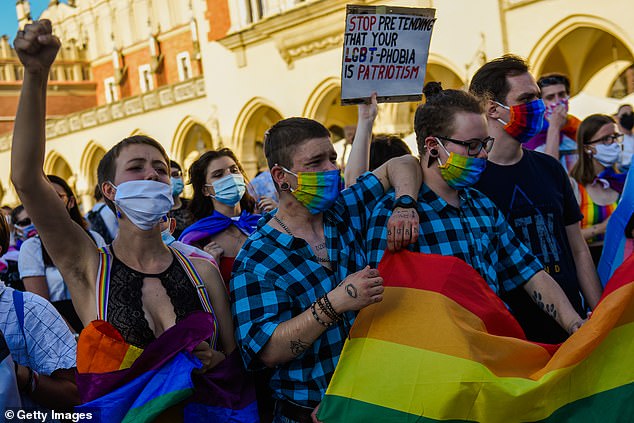 Protesters wear protective face masks and shout slogans as they take part in a protest against discrimination of the LGBT community two days before the Presidential elections runoff at Krakow’s UNESCO listed Main Square on July 10, 2020 in Krakow, Poland

‘EU values and fundamental rights must be respected’ by the 27 member countries, Dalli said.

The move came as Poland’s prime minister Mateusz Morawiecki said he was looking to potentially withdraw from the European Istanbul Convention, which guards against domestic violence.

Poland’s government has described the treaty as ‘ideologically tainted’ and Mr Morawiecki has said the convention raised ‘serious doubts’, indicating he was leaning toward exiting the convention. 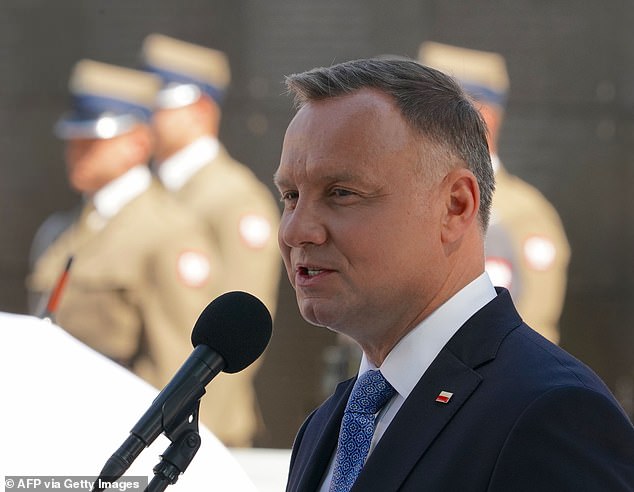 The Istanbul Convention – an initiative of the Council of Europe, the continent’s leading human rights organisation – is billed as a key treaty to combat violence against women.

It states that men and women have equal rights and obliges state authorities to take steps to prevent violence against women, protect victims and prosecute perpetrators.

The convention, which came into force in 2014, has been signed by 45 European countries and the European Union, but 10 countries – including the UK, Hungary, Slovenia, Bulgaria and the Czech Republic – have yet to ratify it.

Many Poles have protested Poland’s desire to withdraw from the treaty and Council of Europe leaders have said such a move ‘would be highly regrettable and a major step backwards in the protection of women against violence in Europe’.