Photos of world's most beautiful landscapes look they're from dreams

Life is but a dream: Magical photos make some of the world’s most beautiful landscapes look like something straight out of your imagination

These incredible photos of landscapes from a self-taught photographer look as if they’ve been captured from a dream.

Julius Kähkönen, 20, from Turku, Finland, only started taking photos at age 17 when he stumbled upon his dad’s camera.

He taught himself both the craft and how to use video editing software and now sells his photos for a living.

His nature-themed photos include mystical shots of the Northern Lights, lavender fields in France and camels navigating sand dunes. 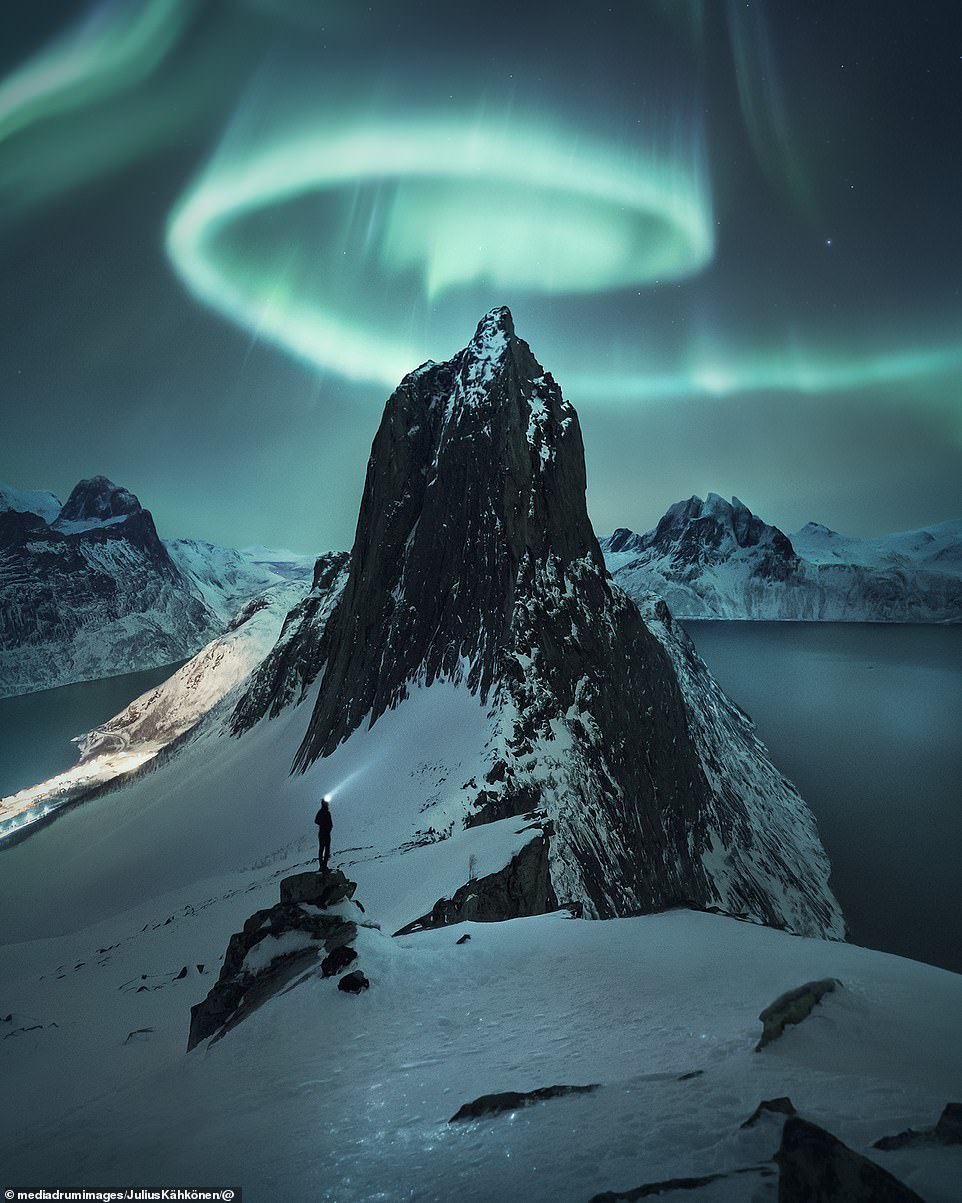 The infamous and elusive Northern lights have been captured in this mystifying scene from the fairytale island of Senja, Norway 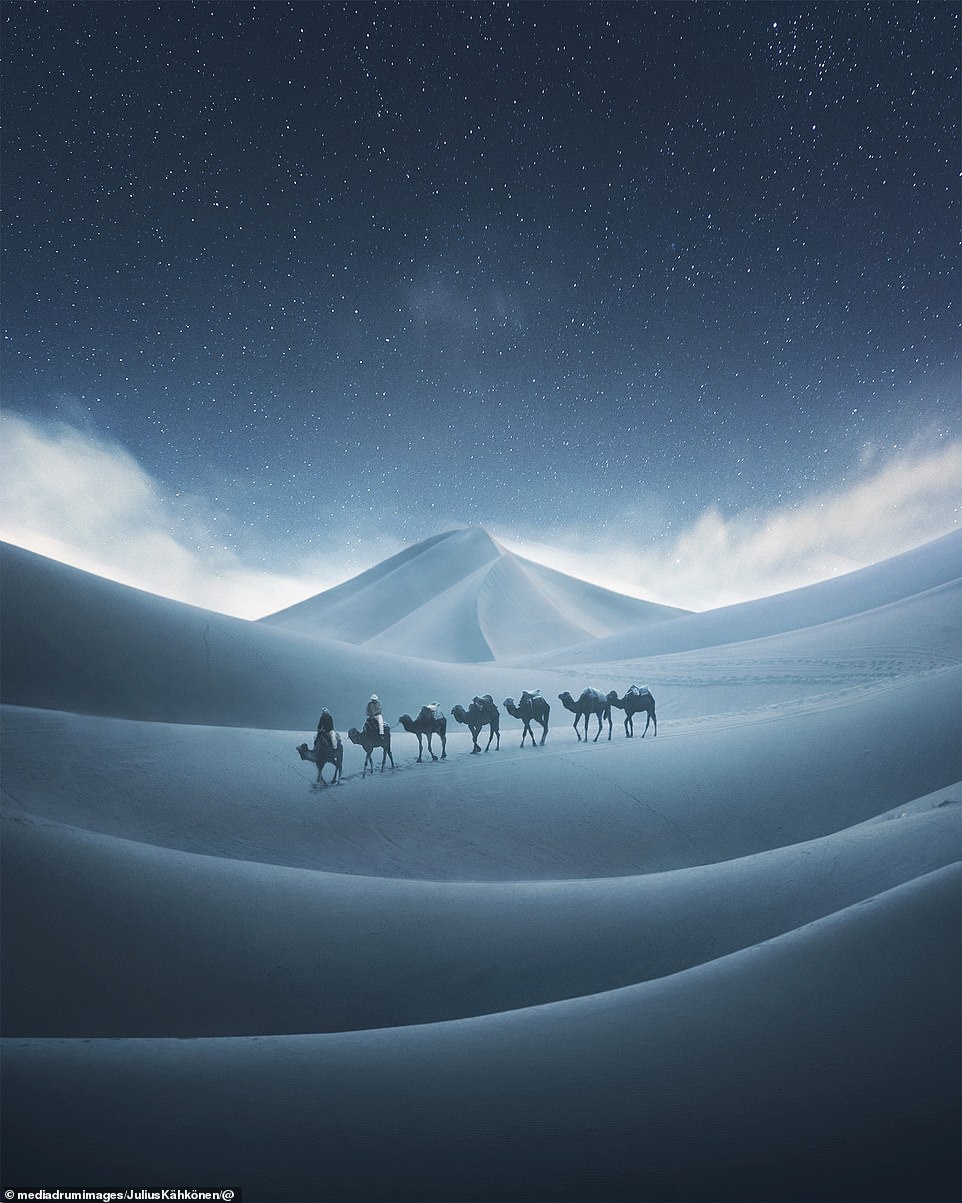 This Biblical-themed shot was inspired by simple centric perspectives, as this meticulously-timed photo captures seven camels weaving their way across desert sand dunes 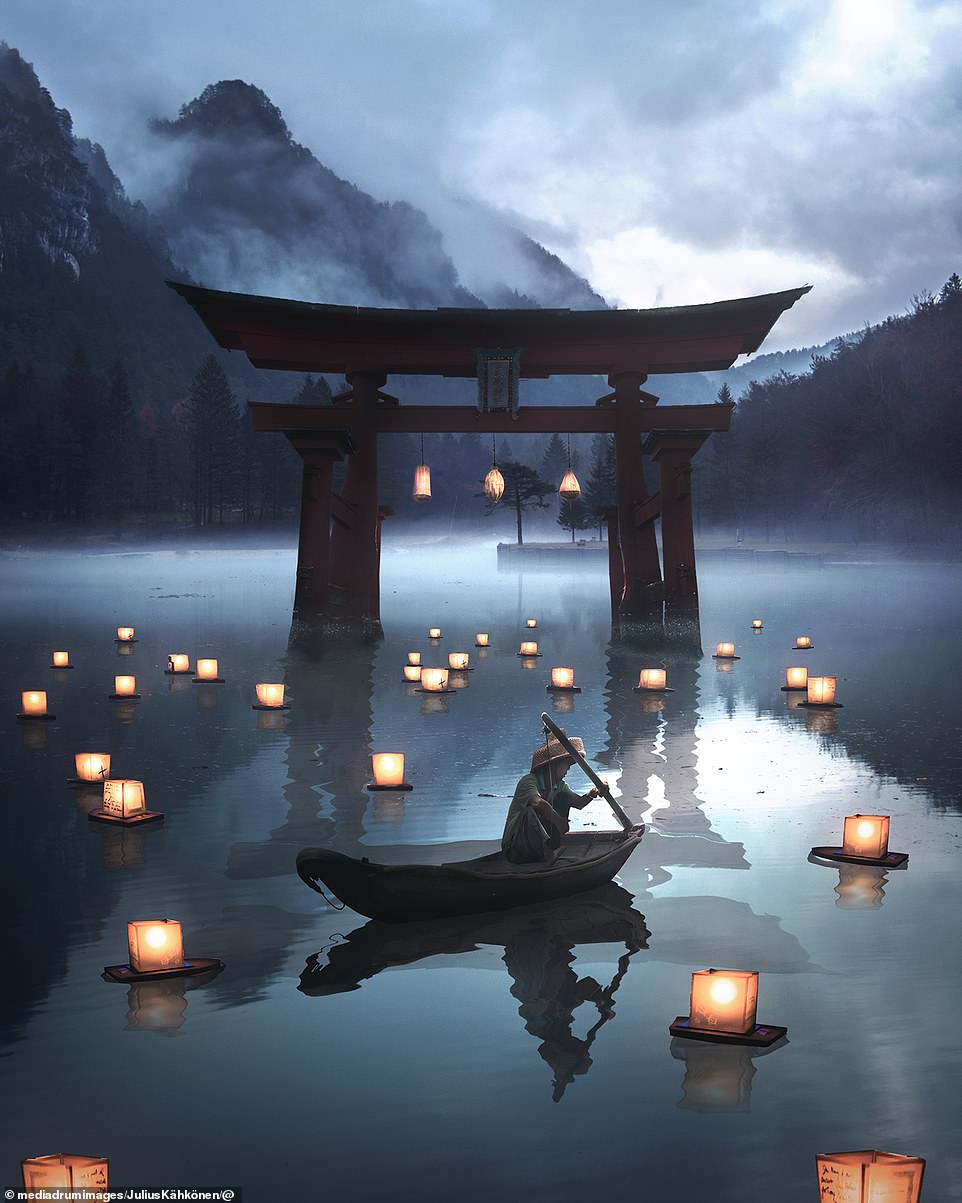 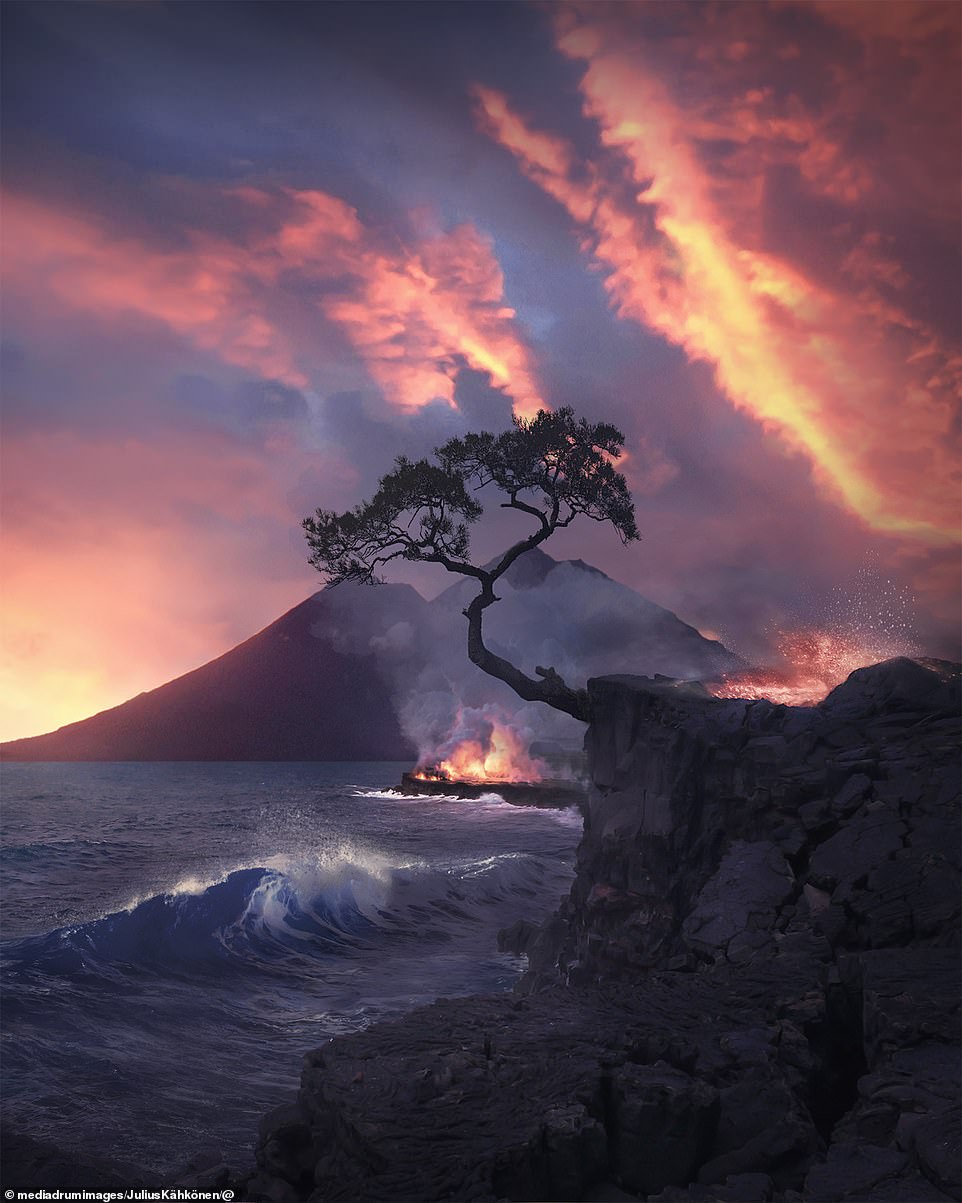 Water rolls onto a beach front while a bubbling volcano erupts in the background, in this image which the said was inspired by the idea was that life always continues 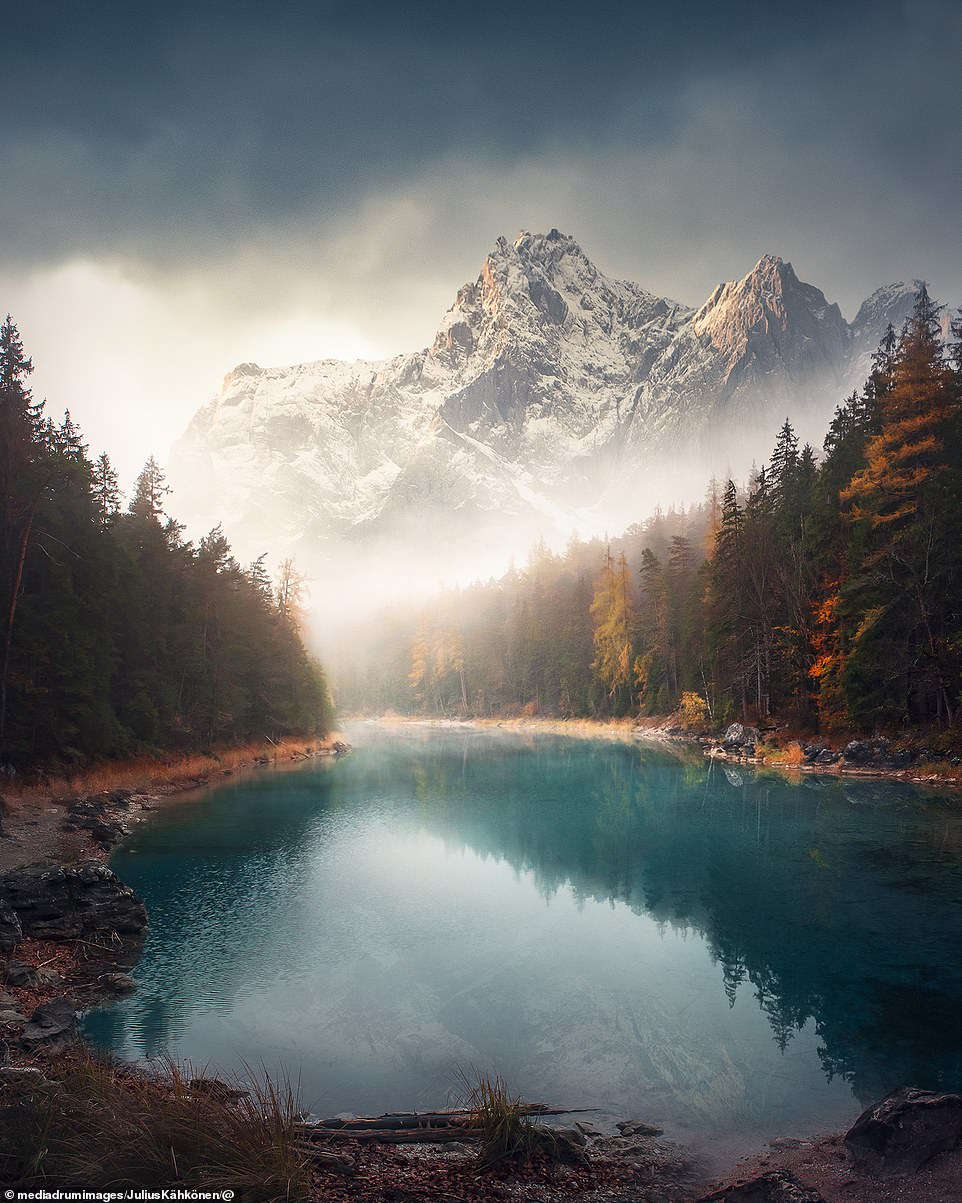 A foggy early evening in Eibsee, Germany has been masterfully transformed into a cinematic sunset using well-honed digital editing 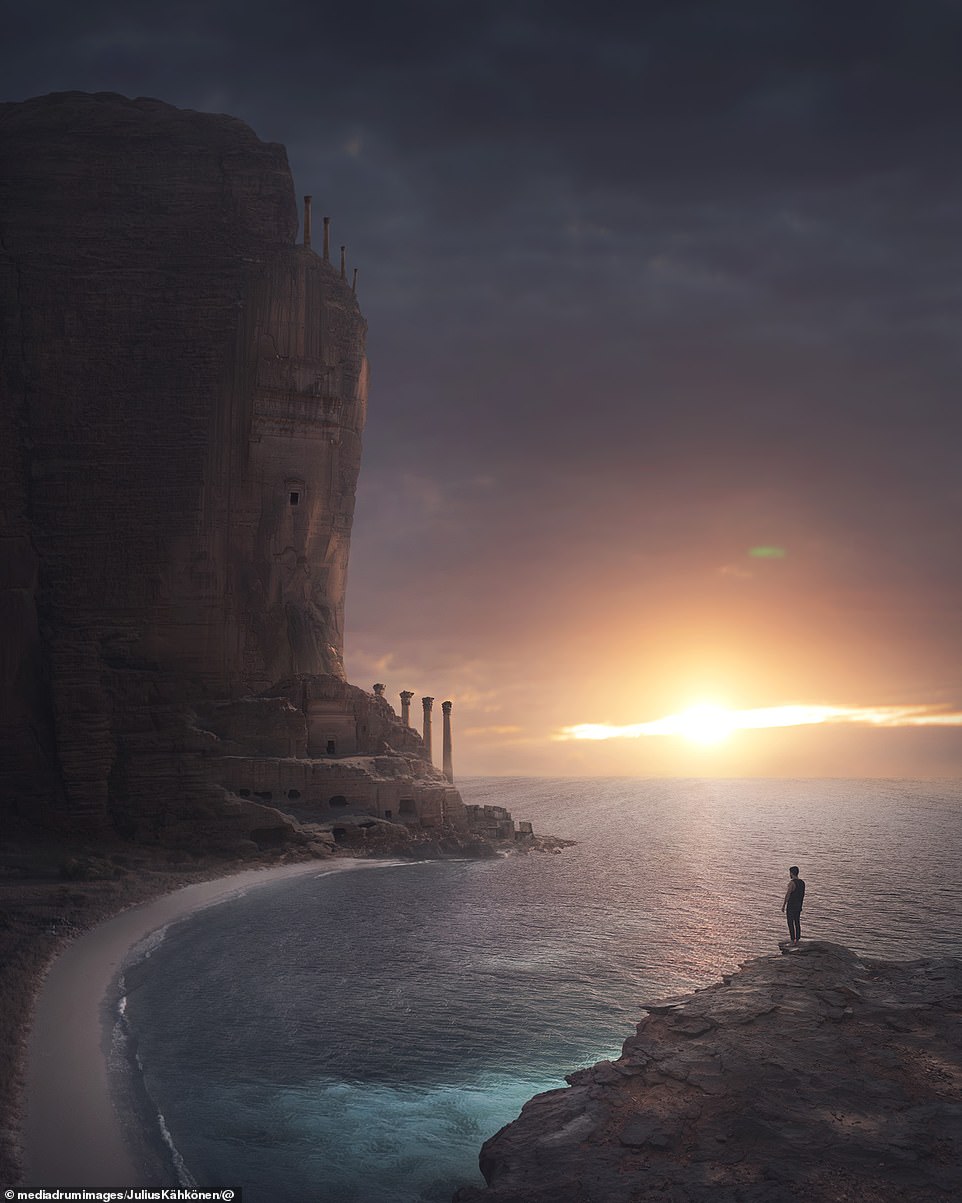 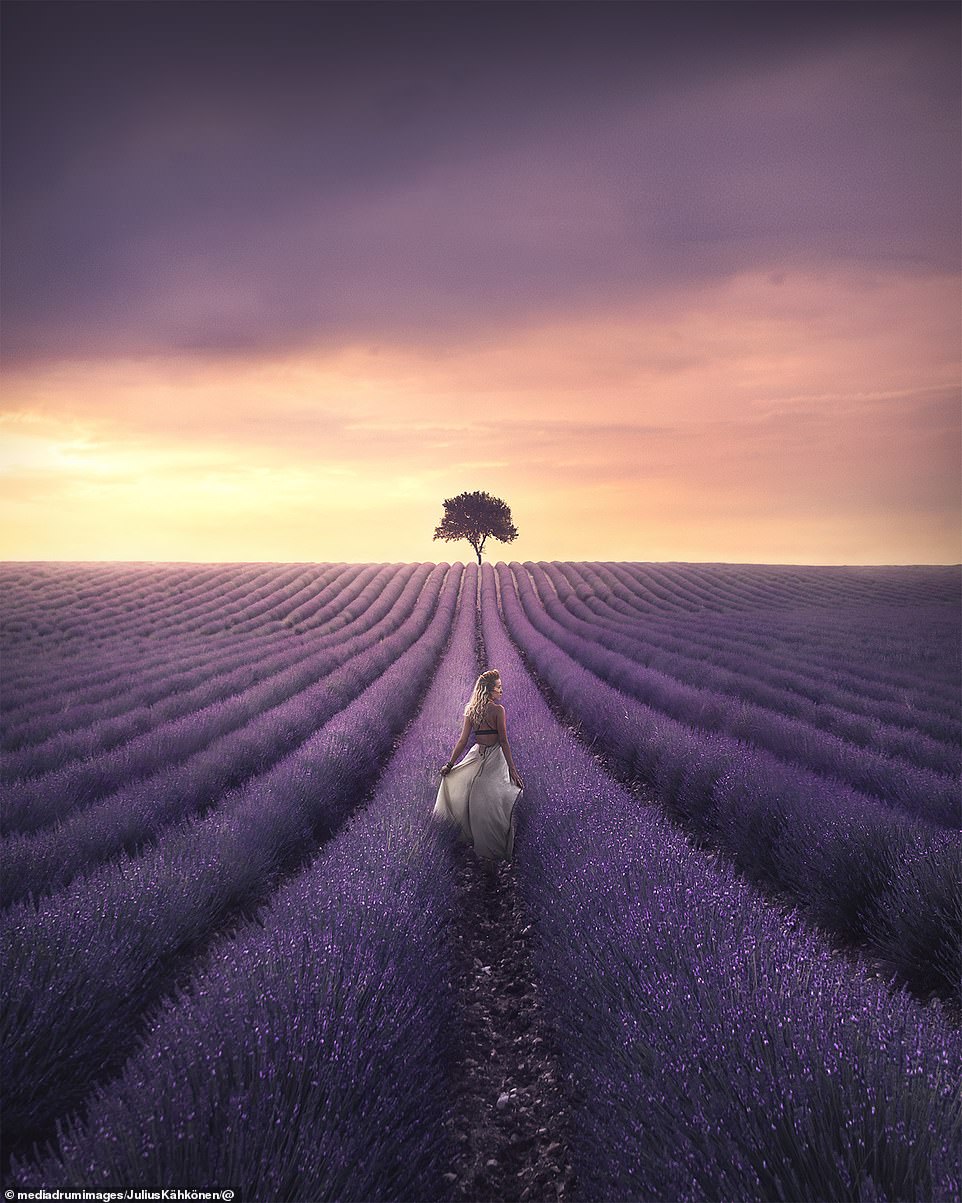 These lavender fields in Valensole, France, are seamlessly blurred with a matching purple Indonesian skyline as a lone lady wanders through them 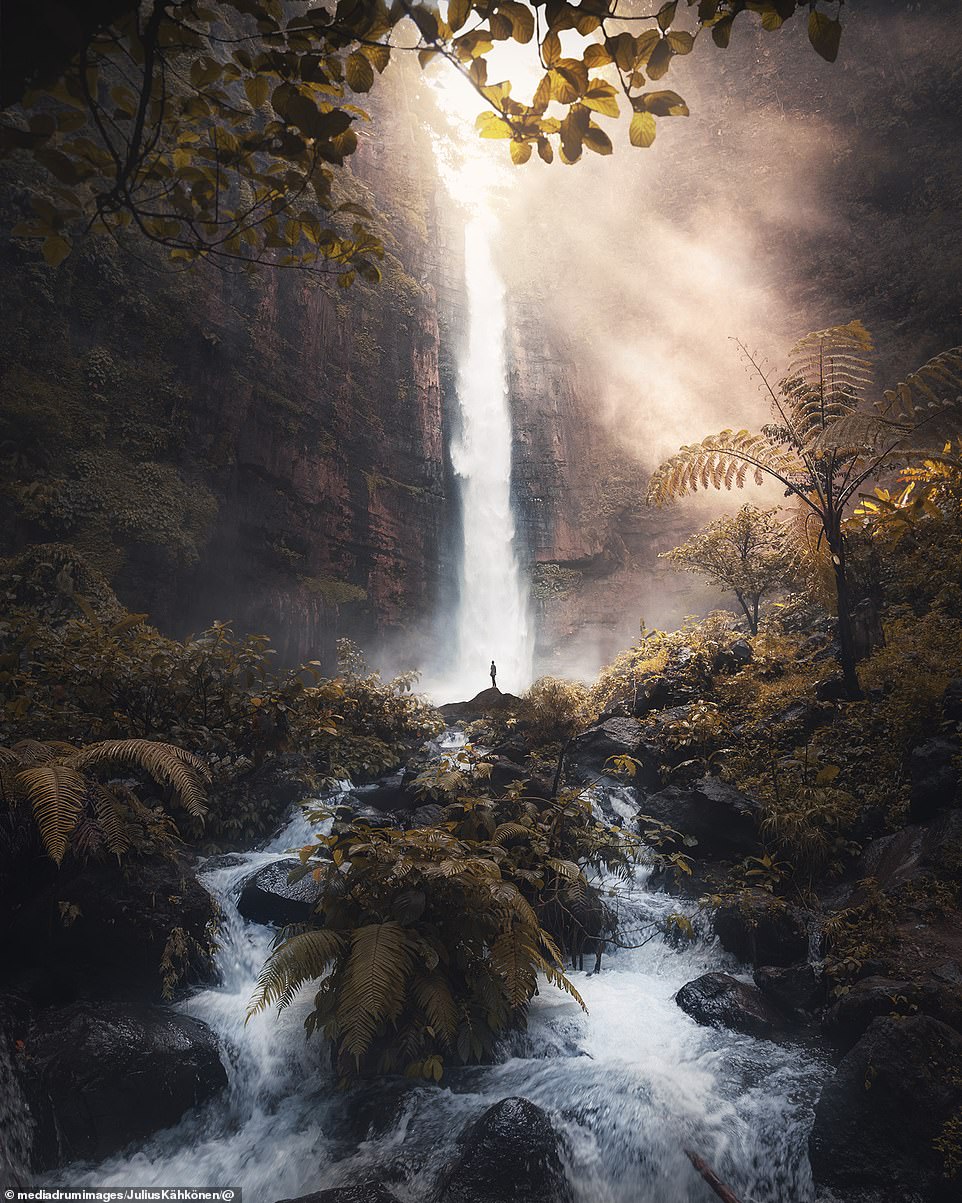 Two separate shots of the Kapas Biru waterfall in Java, Indonesia, have been melded to create the effect of foliage bursting forth from the waterfall’s streams 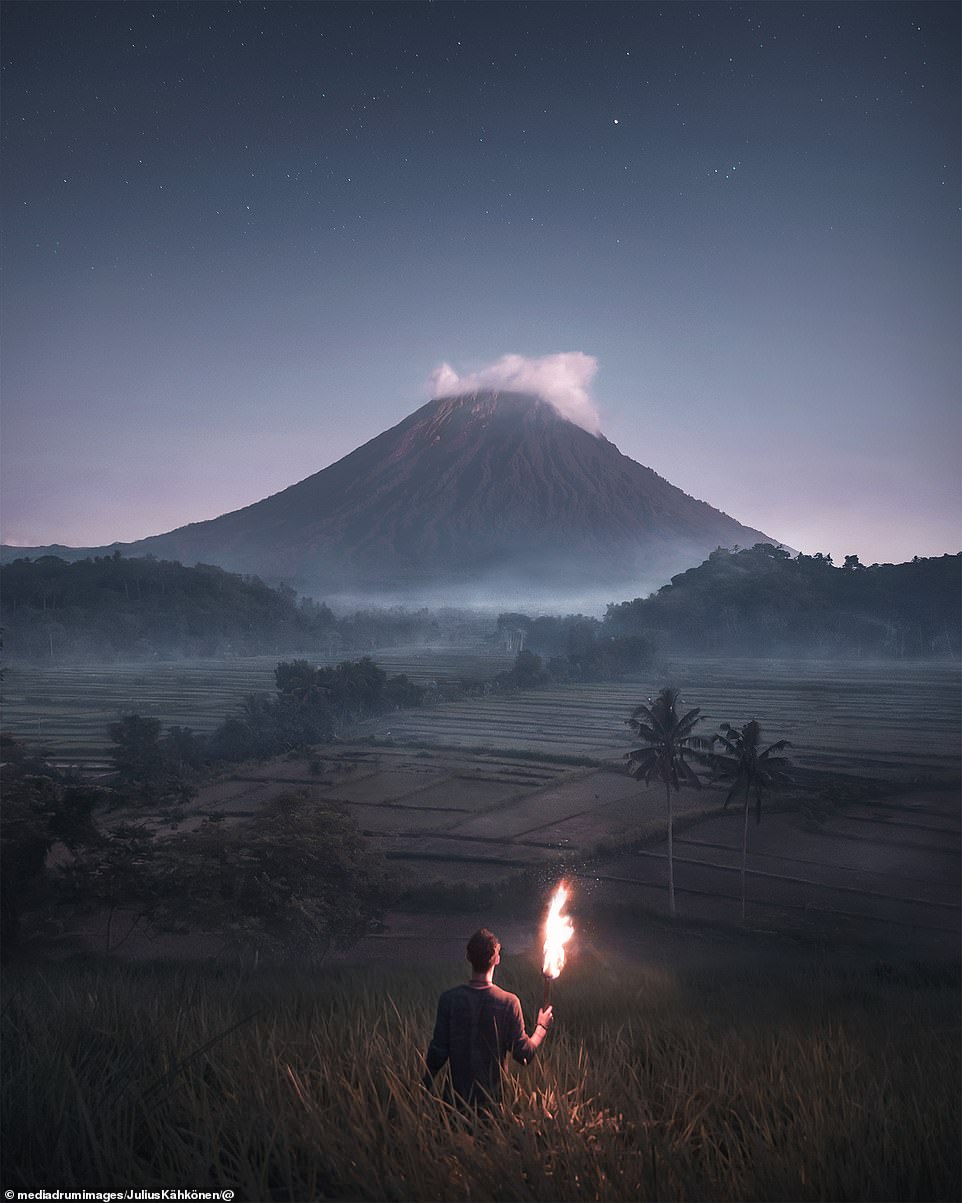