Three officers were fired after they were charged with a shooting outside a high school football game that killed a child and injured three others.

The Sharon Hill Borough Council voted 6-1 to fire Devon Smith, Sean Dolan and Brian Devaney after a grand jury recommended charges against the officers for the August 27 shooting that killed Fanta Bility, according to Fox 29.

Angelo “AJ” Ford, 16, and Hasein Strand, 19, were arguing and exchanged gunfire in the direction of the officers monitoring the crowd. 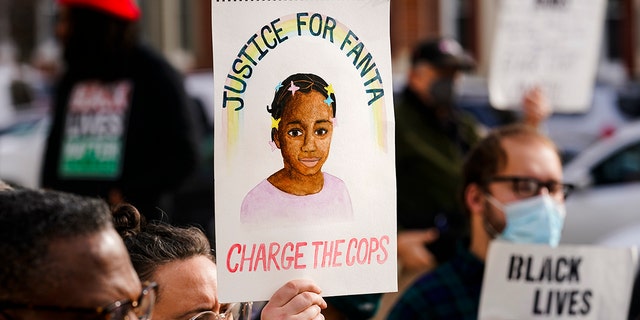 Protesters demonstrate calling for police accountability in the death of 8-year-old Fanta Bility who was shot outside a football game, at the Delaware County Courthouse in Media, Pa., Thursday, Jan. 13, 2022.
(AP Photo/Matt Rourke)

The officers responded to the gunfire by shooting, hitting a car and several people leaving the event. The women in the car were not the source of the gunfire.

Delaware County District Attorney Jack Stollsteimer reported Tuesday that investigators were certain the victims were hit with gunfire from the police.

The two teens, Strand and Ford, had previously been charged in connection with Bility’s death. Those charges are being dropped.

Strand pled guilty to illegal possession of a firearm and aggravated assault for contributing to injuring one child with gunfire. He is expected to serve between 32 and 64 months in prison, according to a spokesperson. Ford is also facing charges for allegedly attempting to kill Strand.

Each officer is being charged with “10 counts of reckless endangerment and one count of manslaughter and involuntary manslaughter,” Fox 29 reported. After their preliminary arraignments, they were released on an unsecured bail of $500,000. 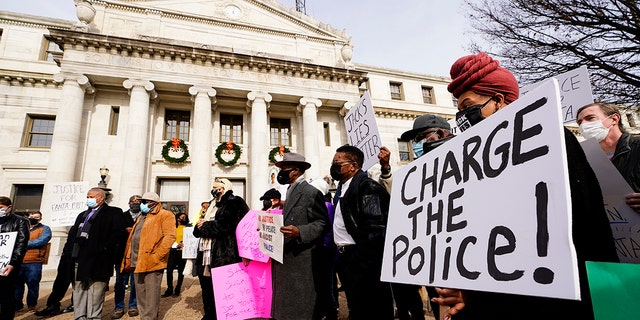 Protesters demonstrate calling for police accountability in the death of 8-year-old Fanta Bility who was shot outside a football game, at the Delaware County Courthouse in Media, Pa., Thursday, Jan. 13, 2022.
(AP Photo/Matt Rourke)

“This is a sad day for our officers, who face criminal charges for trying to do their jobs and keeping the community safe,” Fitzgerald said, according to Fox 29. “The FOP continues to support these fine officers and will provide a vigorous defense against these allegations.”

An outside firm was hired to investigate the police department’s training and policies following the shooting and the audit is ongoing as of Tuesday.