Police officer is under criminal investigation on suspicion of death by dangerous driving after economist’s son, 27, was ‘mowed down by unmarked BMW before cops tried to handcuff him as he lay dying in road’

A police officer is under criminal investigation today after the death of a 27-year-old son of a distinguished economist who was hit by an unmarked Sussex Police BMW.

Arthur Holscher-Ermert had been on foot when the incident happened shortly after 11.10pm on Saturday night and was confirmed dead at the scene on the A259 South Coast Road in Peacehaven, East Sussex.

Britain’s police watchdog has said it has advised the driver of the unmarked police car which hit Mr Holscher-Ermert that he is under criminal investigation for the offence of causing death by dangerous driving.

The Independent Office for Police Conduct (IOPC) said the unnamed officer, who is a police constable, will also be investigated for potential gross misconduct.

The IOPC said it will decide at the end of its investigation whether to refer a file to the Crown Prosecution Service to consider whether the officer should be prosecuted. This could take up to six months.

The policeman has not been arrested. A Sussex Police spokesman said: ‘The officer has not undertaken duties since the incident and will be placed on restricted duties that are not public-facing pending the outcome of the investigation’.

Video emerged this week that appeared to show the moment a police car mowed Arthur down.  Officers had been pursuit of the amateur footballer when he abandoned his car and fled on foot. A Dashcam showed the moment the police BMW hit Mr Holscher-Ermert as he tried to run across a road.

Witnesses claimed they saw officers put handcuffs on Mr Holscher-Ermert as he lay face down in the road in a pool of his own blood, crying out for help. One witness was heard yelling: ‘You’ve killed the man, you’ve killed the man’.

Professor Jens Holscher, Mr Holscher-Ermert’s father, said: ‘I’m still in a state of shock. They should have explained the circumstances, and I’m still not quite clear on what happened. Apparently there was a chase, and we still don’t know whether it was an accident.’ 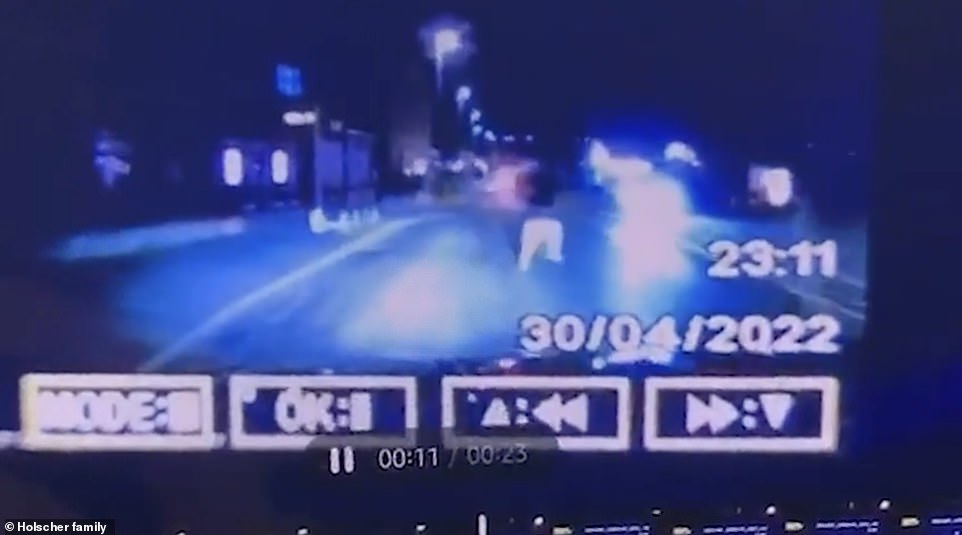 Footage appears to show a police BMW hitting Arthur Holscher-Ermert as he tried to run across a road. A police officer is now under criminal investigation 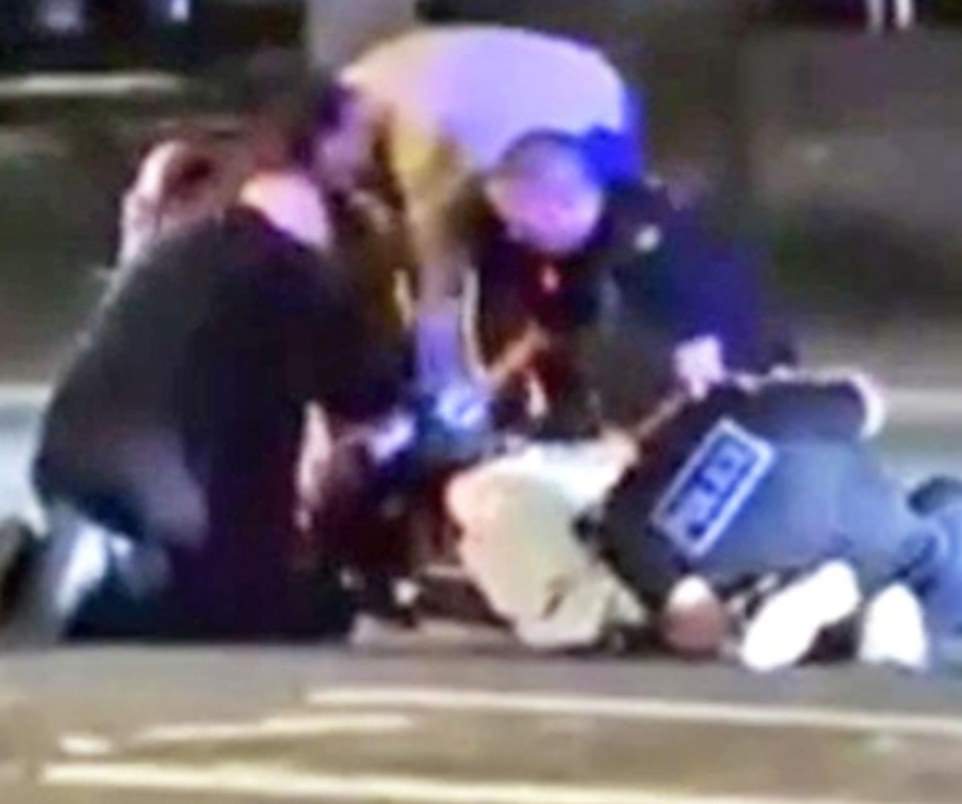 Officers and emergency services near Dorothy Avenue in Peacehaven on Saturday at around 11.10pm, where they treated Arthur in the road. Witnesses claimed he was cuffed 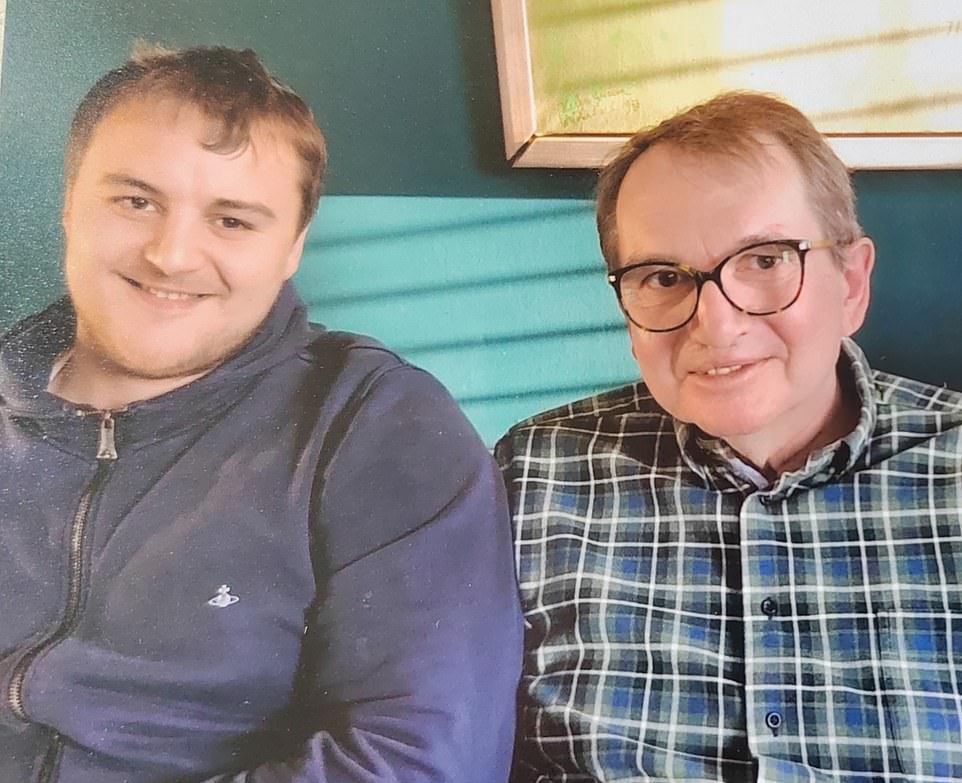 The IOPC said it had so far gathered evidence indicating that Mr Holscher-Ermert had been driving an Audi which was being pursued by a police car after it came to the attention of officers in the Newhaven and Peacehaven area.

They said the pursuit ended in Bramber Avenue, where Mr Holscher-Ermert left the Audi and was struck moments later by a different police vehicle. 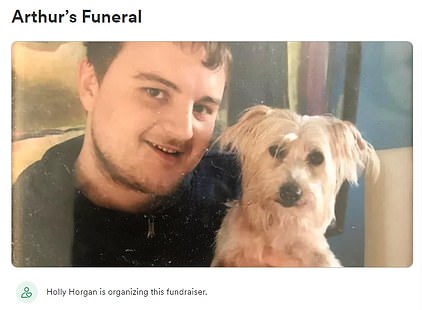 A family friend has set up a GoFundMe fundraiser to cover the costs of Arthur’s funeral.

In a post, Holly Horgan said: ‘Arthur was a very loved brother, son and friend who tragically lost his life at the hands of Sussex police.

This fundraiser is to help with funds for Arthur’s funeral. All donations will be handed to Karl.’

Writing on Facebook, Karl said: ‘A close friend of mine and Arthur’s has set this up for us, I know a lot of people wanted to contribute towards funeral costs and legal fees etc so here is a go fund me page set up for any donations people wanted to make’.

IOPC regional director Graham Beesley said they will examine events leading up to the collision and police actions in the immediate aftermath, including reports that handcuffs were used on Mr Holscher-Ermert at the scene.

He said: ‘It is important we establish why Mr Holscher-Ermert was being pursued by the police including what, if any, information the police had about him or the vehicle he was driving.

‘We will also consider whether the actions of officers afterwards were in line with policy and procedure. This will include looking at the aftercare given to him.

‘We are aware of reports handcuffs were applied to Mr Holscher-Ermert at the scene and this will form part of our investigation.’

He said Mr Holscher-Ermert’s family has been updated and will be meeting with the IOPC soon.

He added: ‘We understand the concern this incident has caused in the community and I would like to reassure everyone that we will carry out a thorough and independent investigation to establish exactly what happened and why.’

The watchdog has reviewed dashcam footage from a member of the public who was driving in the area when the incident happened and are also analysing footage from the police car involved in the collision as well as body-worn video from officers who arrived at the scene.

Investigators have also been in the area to locate any other CCTV footage that might be available, and to carry out house-to-house inquiries to identify any witnesses.

Mr Holscher-Ermert’s family have threatened to sue Sussex Police and have demanded a senior police officer apologise for the death.

One friend said he believed the police had been pursuing Mr Holscher-Ermert because he had been driving without insurance. However, video shows he was struck on foot.

Mr Holscher-Ermert’s older brother Karl has claimed that the 27-year-old was going to a nearby fast food restaurant when he was hit by the car. Other friends claimed he had stepped out to get a burger at Big Mouths Burger Bar on South Coast Road when the incident took place. 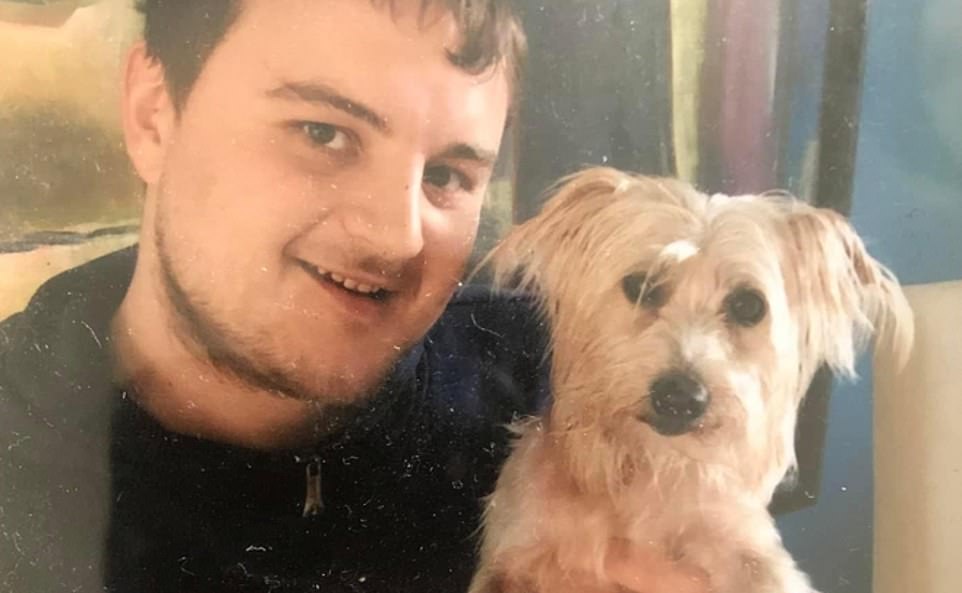 Amateur footballer Arthur Holscher-Ermert, who died after he was hit by an unmarked black BMW vehicle in Peacehaven 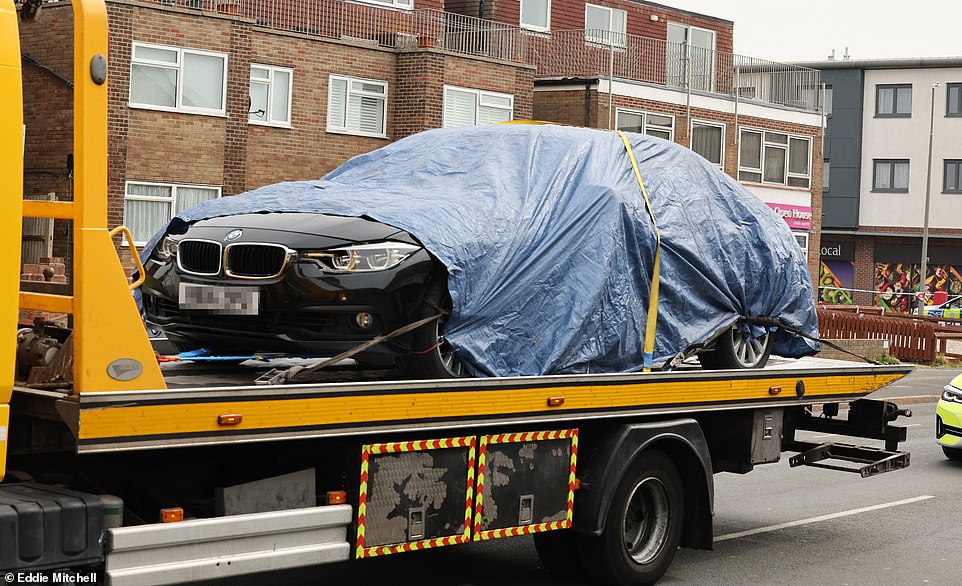 The 27-year-old was killed by the vehicle near the junction of Dorothy Avenue in Peacehaven, East Sussex

Prof Holscher previously told MailOnline he had not received an apology from Sussex Police and said that the IOPC told him the officer who drove the unmarked car has not been suspended from duty.

The head of department for economics at Bournemouth University was on holiday in France with partner when he received a phone call early on Sunday from a police officer explaining his son had died in an ‘accident’.

The German-born lecturer, 60, said: ‘It is so difficult to comprehend – I cannot believe it. I cannot understand what is happening at the moment. We are so disturbed – that is my little son and nothing is being done. We believe there is a serious fault on the police side and we will take legal action immediately.

‘We haven’t even had an apology – how low can you get? We want him [the officer responsible] taken off the street.’

Prof Holscher’s partner Sonia Drews, 68, said that the IOPC told them it would take six months to conclude their investigation, during which time there was ‘no reason’ to suspend the officer involved in Mr Holscher-Ermert’s death.

She said: ‘How can it take six months? Why not take the driver off the street? He is still on duty. He should be suspended now so he can’t kill the next person but he gets the support of the police. He thinks he is right.’

Ms Drews explained Mr Holscher-Ermert and Karl had grown up in Peacehaven and were well known by the community there. She said that the amateur footballer was full of hope for the future and had been saving to buy a house with his partner.

‘He wasn’t 80 years old. He was 27 with his whole life ahead of him. He was very happy. He’d found a new girlfriend and they were saving for a house together. He had so many plans for the future,’ she said.

‘Even though he is no longer physically here, he will always be with us – when we come together and remember him he will be present.

‘When we got that phone call we just wanted to wake up, go for breakfast and call Arthur to say: ‘We had a really bad dream but we are so happy you are still here.’

‘We want justice. We know it will not bring Arthur back – but it will stop the man responsible from thinking he’s right. He must apologise.’