Patti LuPone had a message for two theatergoers Tuesday: Wear your masks properly — or leave.

The Broadway legend, who was participating in a filmed Q&A at the American Theatre Wing alongside her “Company” costars, called out patrons who didn’t appear to have their masks covering their noses.

“Put your mask over your nose. That’s why you’re in the theater,” LuPone told them, according to videos of the incident.

“That is the rule. If you don’t want to follow the rule, get the f— out. I’m serious. Who do you think you are if you do not respect the people sitting around you?”

When an audience member yelled back, “I pay your salary,” LuPone was quick to challenge it.

“You pay my salary? Bulls—. Chris Harper pays my salary,” ,” she said, referring to the show’s producer.

A spokesperson for LuPone did not immediately respond to a request for comment Wednesday.

“We stand with Patti,” a spokesperson for “Company” said in a statement. 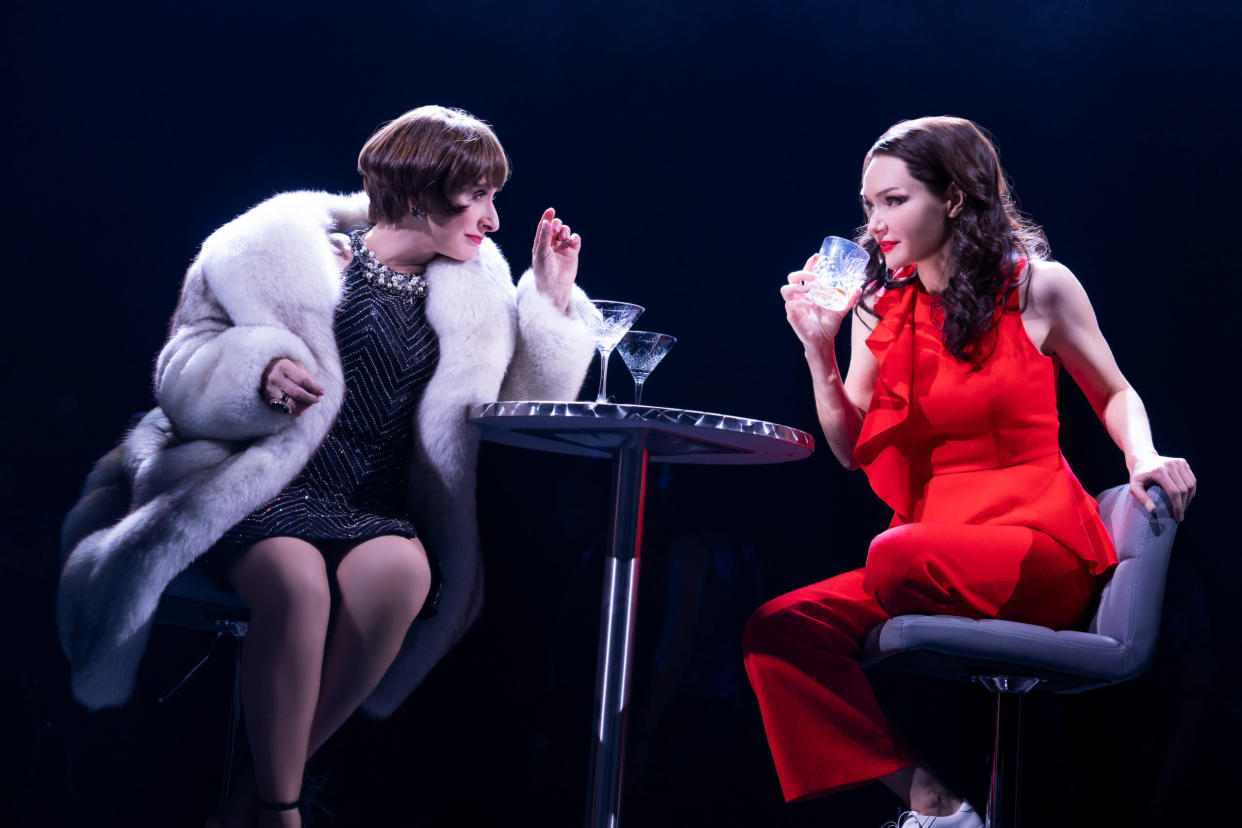 “Over the course of her storied career, Patti has always had an unshakable bond with the audience, and she takes their role as seriously as her own. She is also a fierce advocate for the entire theatrical workforce,” the statement read. “We stand with Patti and support her efforts to keep our entire community — from patrons to ushers, cast to stage crew — safe and healthy so we can keep Broadway open.”

LuPone missed 10 performances this year after she tested positive for Covid-19.

“I’m so sorry,” she wrote in a Feb. 27 tweet updating people about her test result.

In a March interview with “The View,” she said she “wore that negative test as a badge of honor for over two years, and the little bugger found me.”

“But I’ll tell you, I’m grateful to the scientists and the science and the vaccinations, because it could have been worse. And it wasn’t.”

She said on “The View” that she hopes theaters keep mask mandates in place “for longer.”

“Just because those theaters are old, the seats are close, and we’re not out of this,” she said.

LuPone, who has been vocal in the past about theater etiquette, told “The View” hosts about a more recent incident when she was hit on the head with roses.

While the gesture is a compliment, she said, “one should throw underhanded … aim for the feet, not the head … and take the thorns out of the roses.”

In 2015, LuPone also made headlines when she seized the cellphone of an audience member she saw texting during her performance.

Many praised LuPone on Twitter on Wednesday for calling out the theatergoers.

“i was gonna go to bed but then i learned patti lupone cussed out an audience member for not wearing a mask correctly and suddenly i have enough energy to lead an army into battle for her,” a Twitter user wrote.

“i cannot believe a new Patti LuPone ‘Who Do You Think You Are’ Audience Member Smackdown video just dropped,” joked another Twitter user.

“A missed opportunity not putting Patti LuPone in charge of covid safety,” a person wrote.

LuPone was nominated for a Tony Award on Monday for best performance by an actress in a featured role in a musical for her role in “Company.”

She has taken home two Tonys in her career, for her roles in “Evita” and “Gypsy.”

This story first appeared on NBCNews.com.